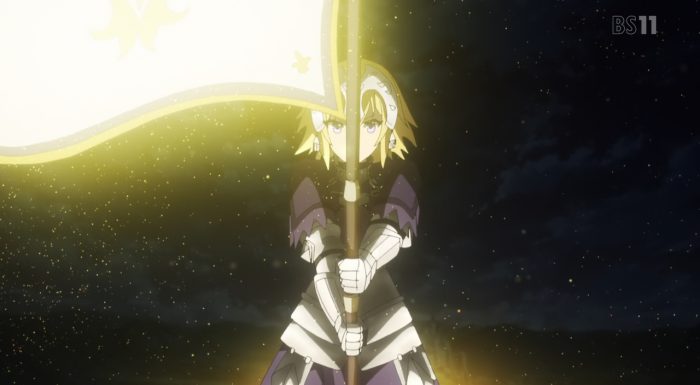 I think we could just say this episode is full of destruction. Though surprising the body count remains pretty low. This time we get to see what Spartacus is all about….and yeah he’s basically a big idiot. For someone who fought against oppression….he sure didn’t mind blowing up a city in the process. Sure, to be fair we are talking about a Berserker here…so it’s not that surprising. They basically sent this loose cannon out on the battlefield and let him cause all the havoc possible. If it wasn’t for the efforts of Jeanne then this would have been an utter tragedy. There just wasn’t anyone else equipped to block an attack on that scale. Says all we need to know about that attack that she needed to give it her all to keep that thing from killing Sieg, Astolfo, and everyone else behind her. 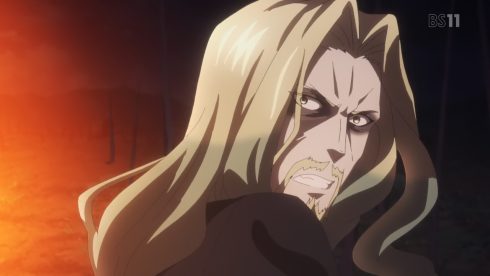 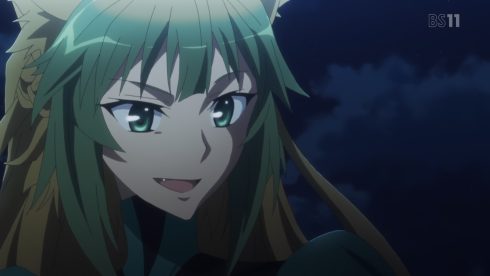 Great job there Vlad….you basically missed this psycho you released on the battlefield trying to vaporize your home base and a lot of your citizens. On top of that you also missed a flying fortress floating over your home base and destroying it! Well done! What a King! Yeah, I’m not feeling bad for him getting knocked around in the later parts of this episode. Makes sense that his goal is to wipe the tale of Dracula the vampire from history. This is a guy that really only cares about himself and his own legacy. I suppose that is just how most Kings are in the Fate-verse, but it is still something I couldn’t help but note. I don’t feel bad for Darnic either since it looks like he is going to get his throat ripped out by Vlad if he uses that command spell.

Things aren’t going great for the black faction right now. Vlad can’t use his full strength inside of there. It makes sense. He is OP as heck on his own territory, but outside of that he isn’t nearly so powerful. Karna utterly has the advantage right now. I’m not really sure how that will change if Vlad goes full vampire. I suppose that might even the playing field a bit, but Karna is still insanely powerful. Chiron should be able to hold his ground against Achilles for now. But it doesn’t seem like it will be tough for Atalanta against Caster and his golems. She isn’t that overpowered, but she should be able to win that fight after a short amount of time. I guess the key will be the vampire mode since it doesn’t seem like the black faction has any immediate tricks up their sleeves. 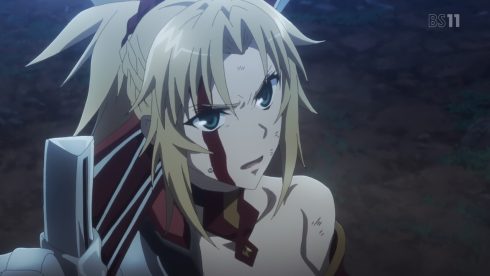 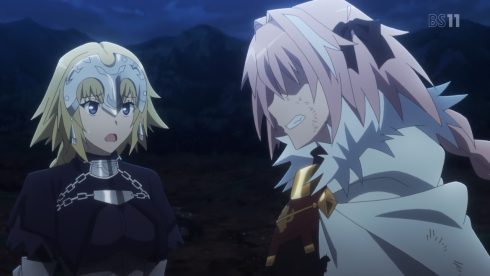 A solid effort put forward by Sieg there. Considering that was his first legitimate fight and he was using Siegfried’s powers…he did pretty darn well. He held his ground against Mordred and frankly pushed her right to the brink. It wouldn’t have ended too well, but such is. Also Mordred….you aren’t the King of Knights. You may intend to become that if you win this war, but you have not surpassed your ‘father’ as of yet. So stop complaining. Sieg isn’t disgracing anyone. In the end it was kind of a mess though. Mordred’s master burned 2 command spells and really they only took down the Black side’s Berserker. But hey…could have been worse.

I did like the bit of drama of having Jeanne show up and find Sieg like that. In the end no matter how hard she tried, she couldn’t keep him away from the battlefield. It was a bit of a cute moment with her intending to give him a serious lecture later. Considering he’ll have to be alive for that to happen, I think he is ok with that. He did accomplish his primary goal and it is a good thing he did. With that flying fortress unleashing hell upon the battlefield they weren’t going to last long inside of that home base. 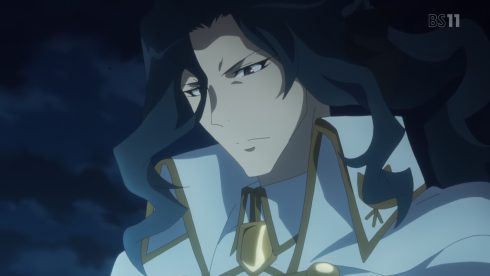 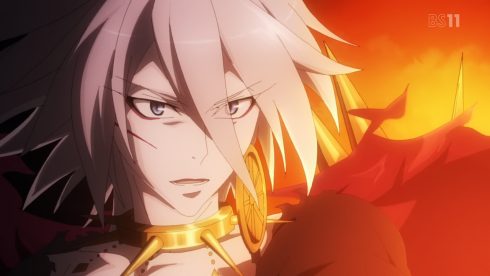 In the end this was a pretty good episode. We had a lot of explosions, a lot of chaos, but some good moments as well. Jeanne did a nice job there in keeping innocent lives safe while the rest of the ‘heroic spirits’ were mostly just bugging out. Kind of makes you want to rethink the term sometimes. There really isn’t a break in the action though with the fight moving to that flying fortress and the attempt to secure the greater grail. Although does that really matter? I mean once one side wins the war that will settle which side has the greater grail anyways. Oh well, I suppose this doesn’t get in the way. They have to fight these battles anyways so they might as well just keep the ball rolling.