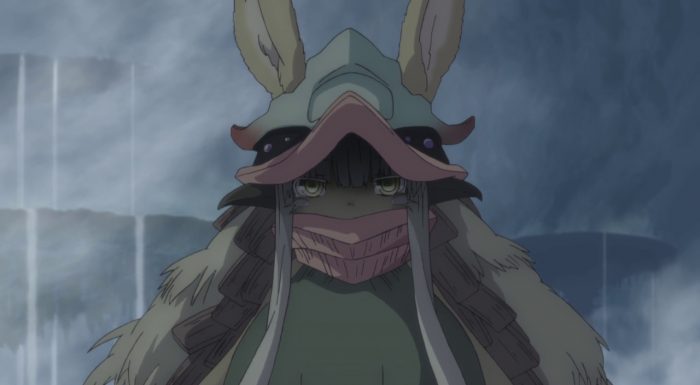 Ayup … an official “welcome to the Abyss” in this episode. Things got very, very … grim and “real”, and quite fast. It only took the tiniest of missteps. Let’s face it – thus far Reg and Riko have been really lucky and fortunate in their encounters with the monsters of the Abyss. Either using the Incinerator, or being able to escape easily, or having very powerful weapons on hand, etc., etc. But their luck finally ran out and they found themselves in an extremely difficult situation while trying to make their way around the fourth layer when they encountered the “orbed piercer” – so much happened so quickly and the result? Well, you all saw what happened. 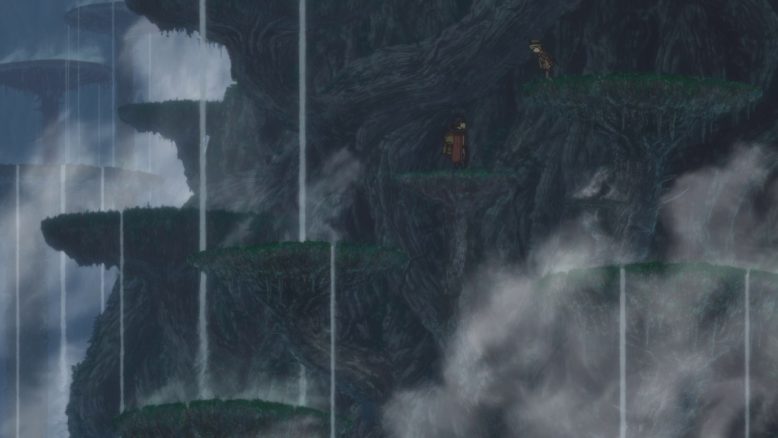 Before I get a little more into this episode I feel I have to give an aside – once again, I have already read the manga chapters out there, and knew what was coming; in absolutely no way did this one disappoint. Even with the knowledge of what was in store for Reg and Riko I was wincing, cringing and agonizing over the aftermath when seeing how it only took a very brief time to render Rikoto her near death state. Being poisoned by the orbed piercer was bad enough, but the effect of the curse of the fourth layer was positively heartbreaking and agonizing to see. (By the way – kudos to both the VA’s of Reg and Riko: incredible work there!) 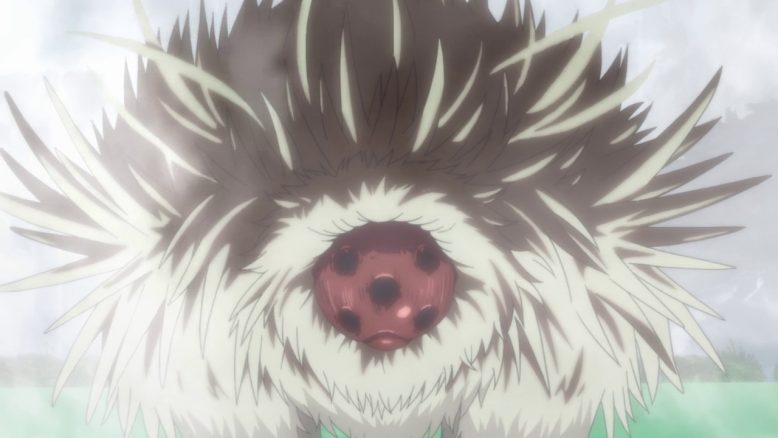 Riko definitely should be dead. Very dead. And Reg should have given way to despair and … can robots fall into insanity in this world’s setting? But once again their luck holds out (although the price Riko paid this time was horrifically visceral) and Reg’s agonizing cries and wailings attract the attention of yet another dweller of the Abyss- one that seems (at the moment) definitely to be “friendlier” than that orbed piercer, to be sure. She seems to be very wilderness-savvy and experienced with living in the Abyss, and she introduces herself as a “Hollow” (I wonder if this anime season will cover that?) and says that her name is “Nanachi”. 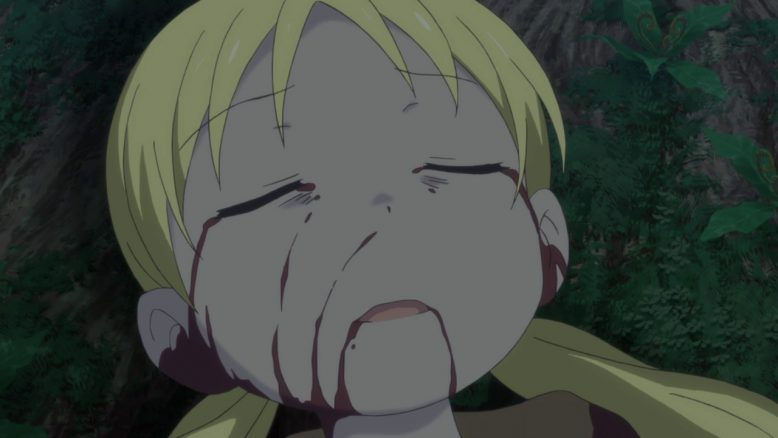 For the manga readers Nanachi’s arrival and introduction is a cause of great joy – many readers are incredibly fond of her and all she is about (in some ways interest wise she takes the general place of Ozen – though she is less … err … well, you all will see). But aside from her personality there are other things about Nanachi that are equally and perhaps even more interesting; and there was a split-second hint at it in this episode when she realized that Reg “could not see it” and then reassured him that “the curse of this layer of the Abyss does not reach over here”. Also, next week we may be able to meet another important character – but a character who ties in to later narratives as well, and which again raises the curiosity of how far they are going to be able to adapt the manga? With the final episode being an hour long this season will effectively have 14 episodes content wise, which means four more to go…. 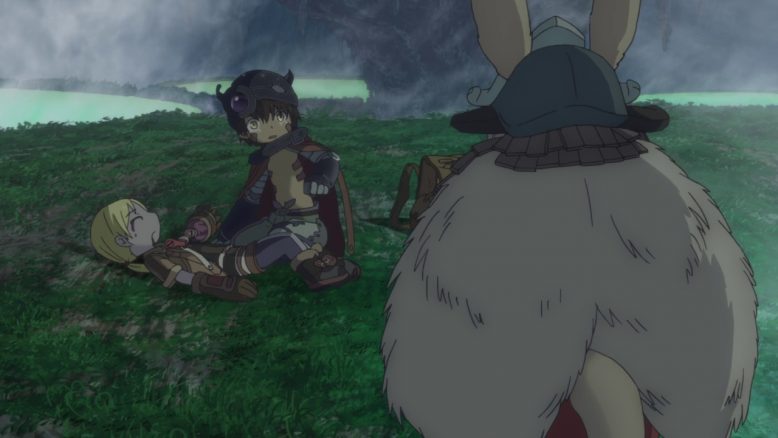 This episode, however, does finally bring home the horror of the Abyss. What Reg and Riko encountered in so short a time is the standard, the norm for all but the very best delvers into the Abyss. And what Riko experienced here is the sort of thing many an explorer has suffered, both at the hands of the denizens of the Abyss and the various levels’ curse effects. Most die, and die horribly, in pain, being eaten or torn to shreds, as Ozen described it. And yet for all that still delvers, the adventurous, the seekers of knowledge and those pursuing riches continue to be drawn into the Abyss. It is … a horrible but beautiful place, terrifying, alien and yet weirdly “unspoiled” in an odd sort of way. 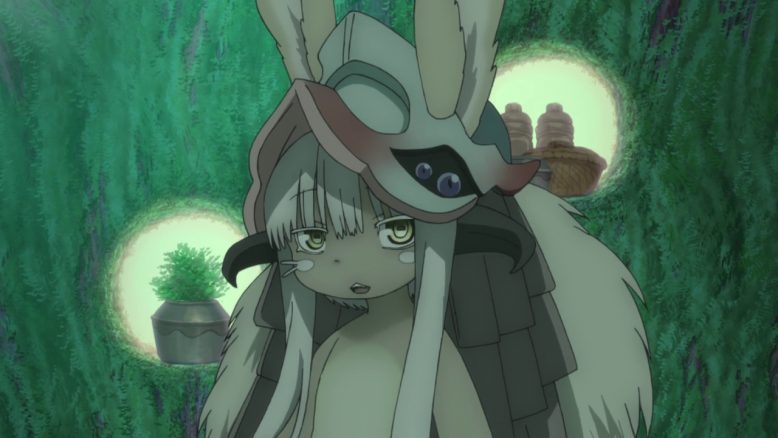 The episode finally takes off the kid gloves and lets us know exactly where we are journeying and what was always there, but that, despite all the warnings we were not quite aware of. The same thing comes across in the source manga as well, though the mediums focus on different things; regarding Riko’s broken arm, for example, the manga shows some things visually while the anime includes sounds involved in the break. And yes – boy did I wince and cringe at that moment, even knowing what was coming. This adaptation thus far has really been brilliant overall!