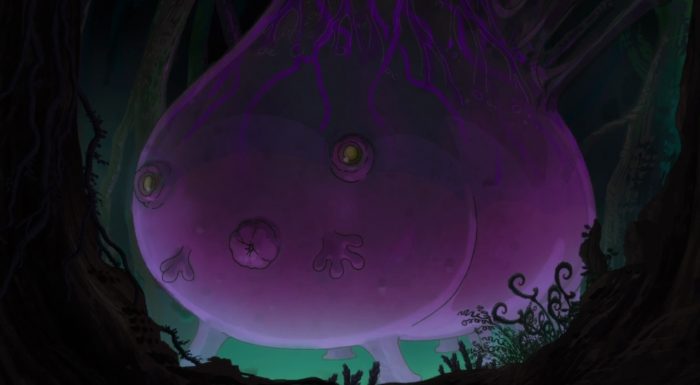 Okay – back to some serious “dungeon crawl” style journeying for Reg and Riko, complete with lots of monsters and all that. Although at first glance it may seem kind of strange to think of the third layer of the Abyss as a “dungeon crawl” simply because the “Great Fault” is simply a humongous … hole filled with huge flying carnivorous beasties that nest in the cliff sides. In actuality though, the delvers often make their way down this layer by utilizing the burrowed layers of fuzzy rabbit like things called Neritantan. Ozen calls this route an example of the weak utilizing the weak, but I dunno … to me it seems smart more than anything else. 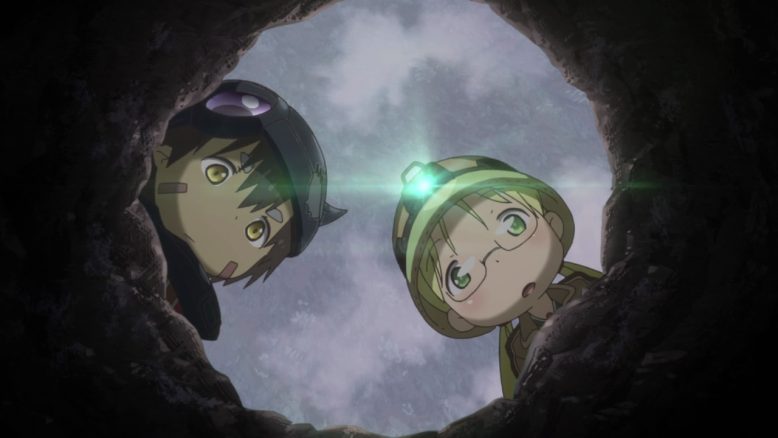 Before I forget though; Riko, come on now … if Reg says “stay here until I wake up” that does not mean drag me all over the place, up and down tunnels, in pursuit of fruit smells, into the stomachs of weird animal-plant thingamabobs or what not called an Amakagame. It’s a real good thing Reg is as resilient as he is! It seems the main danger to Reg using the incinerator is not that other monsters might be around to eat Riko, but rather that Riko herself would likely wander off and land herself face first into a den of monsters. Kudos to Riko for cutting them all out of the Amakagame thingee, but … umm … they should not have found themselves in that predicament in the first place. -_- 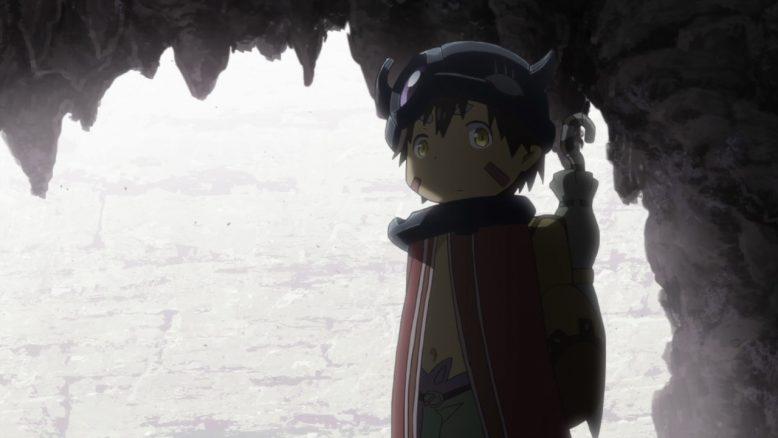 Riko definitely has a “can’t sit still” quality to her, fueled by a curiosity that is almost … well … even approaching creepy at times, but creepy in a couple of different ways. There is something about it that  … well … reminds me of the Abyss in general, or even of the White Whistle Ozen herself. There is a recklessness to it, even an “edge” skirting near the border to the beginnings of the maniacal or obsession, not only simply in pursuit of the “Oooo! Shiny!” element, but also a near morbid fixation on “knowing”. She seems to be a fit for the Abyss a little TOO perfectly, somehow. Of course she is nowhere near as “unnatural” as Ozen comes across, but they definitely feel like plants that grew in the same ecosystem. XD 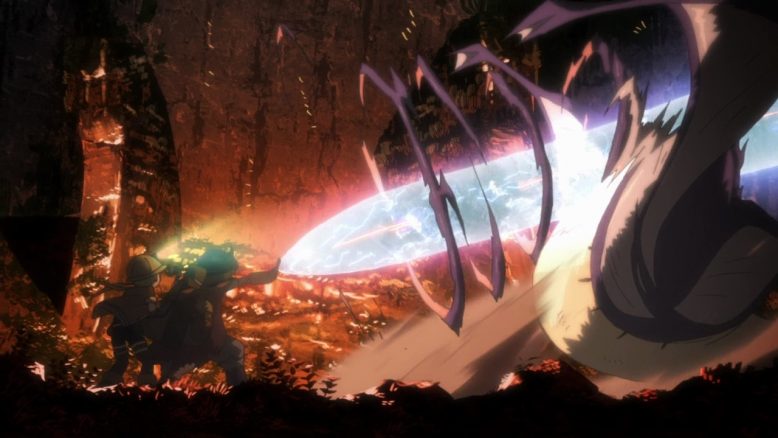 Reg though – man, Reg is a trooper. It really shows how he learned Ozen’s lessons well (particularly in his decision to use the incinerator on the madokajack beast they stumbled upon) and is quite levelheaded. He is the perfect sort of companion the frighteningly innocent Riko needs in her attempt to make her way down to where her mother is supposed to be. And wow! Never mind Reg using that insta-flying “One Punch Man” style blow (or whatever it was) that explosion producing pick the Lyza “left behind” certainly has already proved it’s extreme usefulness just in dealing with that crimson splitjaw (persistent bugger, and interesting how it seemed to be drawn to that site because it remembered the incinerator beam from way back in episode 01 when it was wounded by it). 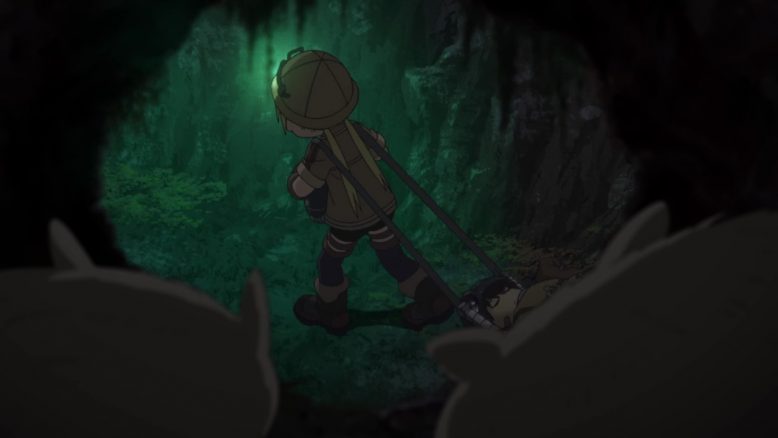 This episode did have a little anime original material from what I can remember … particularly Riko dragging Reg around and the sequence with the Amakagame thingee … but all in all it was quite effective, and also did not feel disharmonious with the source material. One aspect about it in particular that came across was the briskness of the pace in going through the third level of the Abyss; if it seemed short be assured that it was the same in the source manga – sometimes the levels are like that and sometimes the story dwells at length on certain levels for reasons that … well … should be obvious as quickly as next week, if the title for the next episode is any hint. 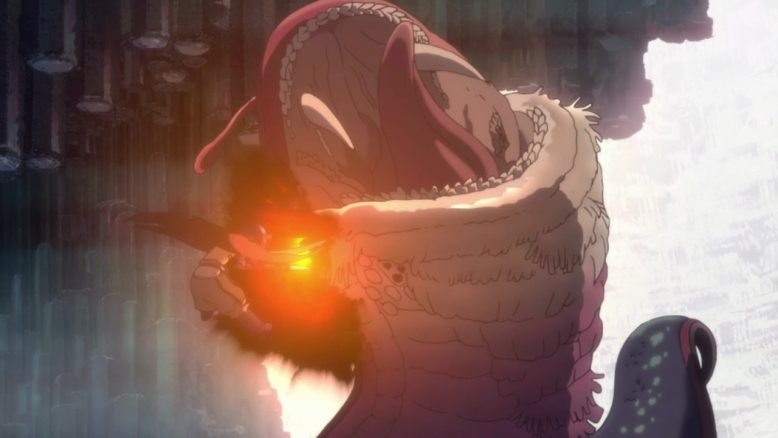 The episode itself closed with Reg and Riko catching a far-off glimpse of the fourth level of the Abyss, known as the “Goblets of the Giants”, and … let’s see here … how to say this? Well, it is likely to be one of the most “event filled” episodes we have seen thus far (no spoilers!) and one I have been anticipating for quite a long time. I have a feeling they may stretch the content over two episodes, but nothing to do other than wait and see!

Ah yes, before I forget – for those who have not heard it seems the final episode of this series will be a hour long! Definitely curious to see what the studio is going to do with the time allotted! ^^