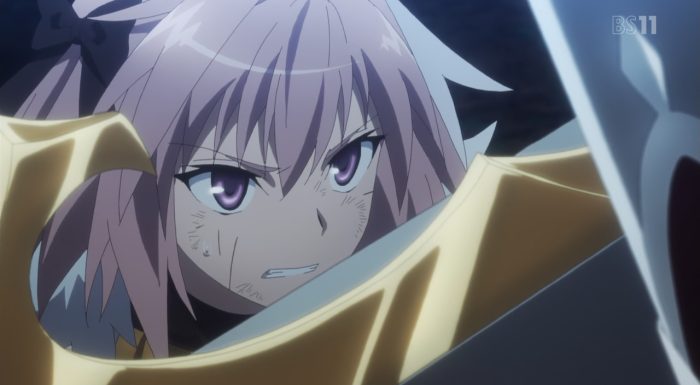 Well this battle continues to make things interesting. There are a lot of moving parts on this admittedly large battlefield. The almost chaotic state makes sense when you have so many servants, masters, homunculus, and basically monsters running wild. It does make things difficult though for the various characters to handle the constantly shifting situation. The character probably suffering the most from that was Astolfo this week. He went from tackling that flying fortress and Assassin to then having to fight Saber. Not a great situation to be sure. Just that amount of damage was pretty extreme, but then having to fight a monster in close combat without a mount is rough. I do still respect Astolfo for sticking to principles and refusing to go all out and thus costing the lives of those homunculi in the process. 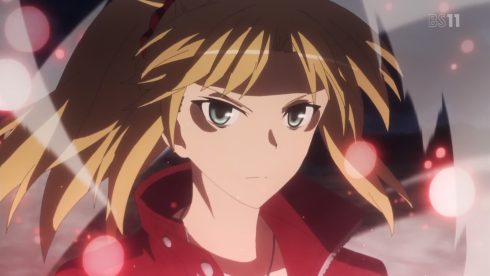 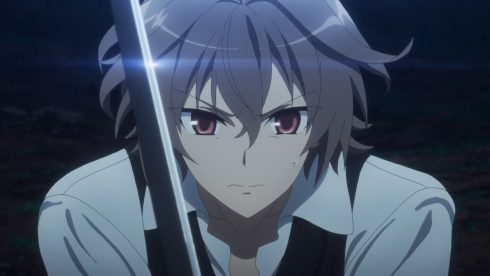 It makes sense that Astolfo and Mordred would be unable to see eye to eye. Not only are they very much in opposing factions, but their views are contrary. Though I’m not sure if Mordred is so dismissive of ideals because of her past or if that was the reason she was rejected in the first place. Would make sense about her ‘father’ rejecting her if she couldn’t even understand why Arthur was taking action in the first place. But I could see Mordred as hating idealism of any sort and rejecting self-sacrificing principles because of her past. Regardless there is no doubt they wouldn’t be able to agree on Siegfried’s sacrifice nor the principles Astolfo himself lives by.

All of that just leads to Sieg stepping in at the end of the episode. It makes sense since while he has no interest in the black faction in general…he does owe Astolfo his life. Even if it is certain death he can’t just sit by and let Mordred kill him. Luckily by some miracle he’s clearly going to gain the powers of Siegfried and be able to fight back. If Mordred went and picked a fight with just about anyone else then I’d expect Sieg to just continue on his rescue mission. But, this is one fight he can’t just turn his back on. In this case I’m not really pulling for Mordred. She has her own reasons, but I’ve got to side with the underdogs here XD. 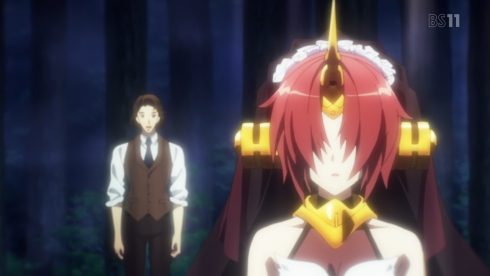 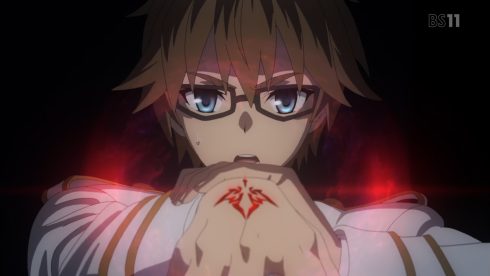 On the positive side….the black team’s Berserker is still in it. While this wasn’t a loss as I was worried it might be…the priest still put up a good fight. Honestly there was a decent chance of victory there if he could pull Caster into fighting with him or if Jeanne hadn’t started making her way towards him. There was still a need to use a command spell since Shakespeare’s mental attack was pretty devastating. While I’m not sure that he could seriously fight a servant himself and finish them off, he can definitely deliver some powerful shocks. It might be all the more effective on a Berserker since they can’t control their emotions. Regardless, that is one heck of a difficult power to face off against. It just drags up some real horrors of the past and frankly I don’t think many heroic spirits are lacking in painful pasts.

It is kind of funny that the Priest is happy to face off against Berserker, but he doesn’t seem to want to spend any time with Jeanne XD. No doubt his underhanded tactics against his own ‘allies’ might be disliked by the Ruler class. But he’s not doing a great job in hiding the fact that he is up to something. This continuous attempt to avoid or kill Jeanne is just playing his hand a bit too openly. In the end she is going to keep on hunting him down no matter what. Even his Assassin couldn’t do more than annoy Jeanne. Trying to throw Spartacus at her is probably a solid move. In part it is good since Archer wasn’t having much luck in permanently taking down Spartacus. Maybe the annoyingly durable servant will be able to buy them some time against Jeanne. 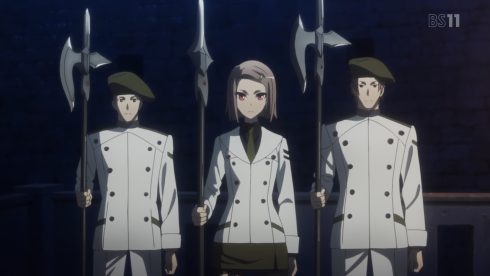 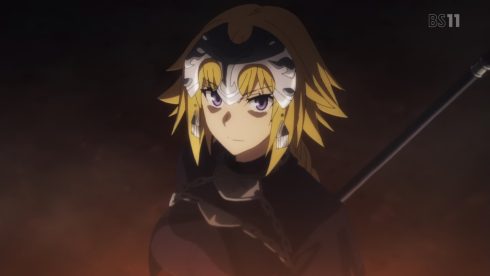 I honestly respect Sieg’s efforts and I hope the escape goes well. Those homunculi escaping would remove the shackles from Rider who is hesitant on going all out while knowing the price that would cost. And it would take a piece away from the Black Faction that are using unsavory tactics of their own. Though I have no idea where they would even go or what they would do with their limited lifespans. In the end I can respect wanting to at least give them the freedom to choose their own lives. Sieg is finding his own heroic nature and what he wants for himself. It isn’t just about his life, but freeing his brethren.

Overall I’d say it was a pretty fun episode. Things are getting pretty chaotic out there and we’re finally closing in on the scenes we saw in the first episode. All we really need now is Spartacus turning into….that thing that went after Jeanne and Sieg’s transformation. We can also presume that the weird thing that seemed to suck up their noble phantasm attacks is the result of Darnic’s activities. That guy has his own creepy plan that I’m sure isn’t entirely inferior to the Priest. Both of these wars have heads of their own factions that don’t intend to play by the normal rules. At this point I’m not really pulling for either of them XD.