Setsuken – Updates on Me, Episode Blogging and the Future 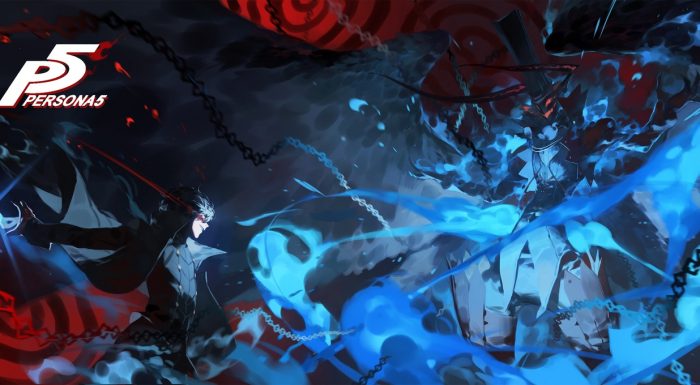 So… If you’ve been following my recent work, namely the Boruto episode blogs, you’ve probably noticed that my schedule for posting and updating has been erractic if you’re being kind, and a flat out failure if you’re being truly honest. It’s true that I’ve been really dropping the ball when it comes to not only my episode blogs, but even Anime Evo as a whole, and I thought I’d update those of you who’re interested and curious, and give some honest answers as to why things have been the way they’ve been, and what I’m going to do moving forward.

So lets tackle the Boruto episode blogs first, because those are probably some of the more important of the things I do here these days. From the get go at Anime Evo, I figured out pretty early that I have tastes that skew a bit from the norm. My favorite shounen franchise is Fairy Tail for instance (rather than Hunter x Hunter, One Piece or any of the other general suspects). I also generally make a point of covering shows that I believe don’t get coverage from the plethora of anime blogs on the internet today.

Fairy Tail, Boruto, and in past seasons, other series like Sakurako-san’s Investigations, Yahari Ore No Seishun Season 2 and even stuff like Comet Lucifer, are series I try to give a shout out to, because I realize how enjoyable it is to read stuff after watching an episode of an anime series. Its fun to read, discuss and talk about things, and that’s why I sometimes do what I do, or at least I used to.

See lately, my life has been very complicated. Near the beginning of the year I moved cities and changed jobs, which was a pretty intense and rushed experience as is. And ever since I started this new job and life, things have never really quite gotten to the point they used to be.

I used to blog 5 shows a season, and do side projects like Notaku or the video game I’m working on. In 2017, I hate to say it but I’ve failed pretty hard at all of those things. I’ve even got a half finished article about the Anime Convention I went to this summer, and a bunch of reviews that are just waiting to be finished and published. The problem is and has always been time, or the lack thereof for it, especially these days.

Before I get into that though, lets talk about the Boruto Episode blogs first. With regards to Boruto, Its kind of sad, but I actually wrote every episode blog for the last few episodes, the week each episode aired. My process used to be that I’d watch an episode, write a first draft, and then come back to it later and check for errors and add screenshots. Due to said complicated life, I’ve never really had the chance thus far to go back and work on that more polished second draft.

So that’s why the Boruto episode reviews are out so late. I’ve decided that my old process just isn’t working anymore, so I’m going to just release my first drafts, errors and mistakes included, and hope for the best. Its either doing that, or falling into the kind of rutt that I have been thus far, which isn’t ideal to say the least.

As for what’s been going on recently that’s had me so busy? Well I got two wisdom tooth extractions, both of which were separate procedures and pretty much put me out of comission both times. The second one was worse, because I got a dry socket, and I’ve only this week stopped taking pain meds for the impressive amount of pain.

Its been the summer, so I’ve also had family obligations, meeting with friends and a bunch of trips that have eaten into any free time I would’ve had. Speaking of free time, Work has also been a challenge, as it requires a lot more effort from me than I’ve ever had to before.

I’m a software engineer by trade, and as anyone who’s involved in the IT industry will tell you, things move at a rapid pace. I’m stuck not only working a full time job, but also learning to keep up in the off hours as well. I do like my job though, and if nothing else, it pays for Anime Evo’s bills, so that’s just something I need to learn to live with.

In the end, if you read through all of this, I want to say Thank you. If you’re one of those people who’ve been annoyed by my erractic updating and irregularity recently, then I apologize. I will say that Anime Evo is more than just what I do, and I’d say that FlareKnight, Flower and Random Wanderer do a very good job of covering many series every season.

For me? I’m going to really try and be better at participating in this website and community. It won’t happen over night, and I see a ton of challenges and tough situations ahead, but as we head into fall, I’m hoping to get my groove back. I want to cover Boruto, but there’s also Shokugeki Season 3, and upcoming things like the new Code Geass season and what not.

I’m also hard at work on Notaku, and that will be making a big return real soon. Thanks for the patience, and look forward to a better future.