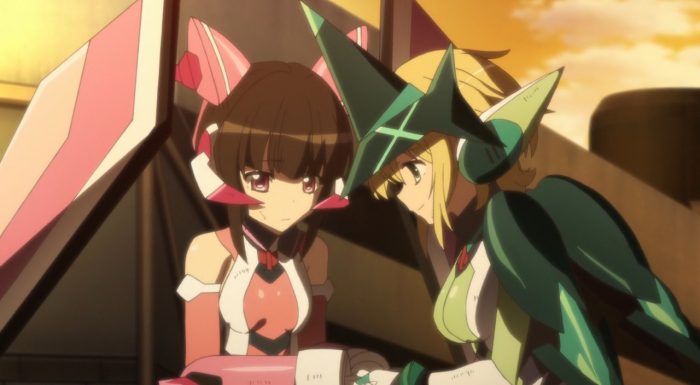 Watching this kind of episode reminds me why I love this series so much. This episode was full of good music, enjoyable action, and continuing character arcs. Now it probably helps that the character with the most going on this season is Chris, but I think it would be fine no matter who was getting the focus. What I really liked from this episode is how it is using the history this show has built up after all this time. They went right back to Season 2 to use the scabs/trash created from Hibiki’s fusion with Gungnir. They are able to take something that was dangerous and turn it into something useful. I like the idea of using that as a way to counteract the Philosopher Stone. Praise be the power of the Fool Stone! 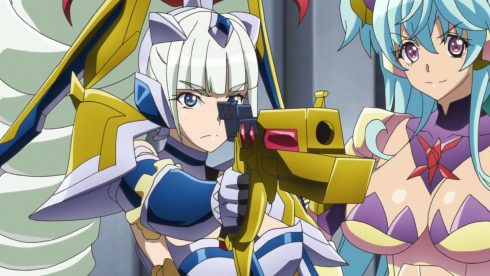 I did find the action pretty enjoyable at the start and the end of the episode. It was a good bit of chaos as the Symphogear users tried to match up against the Faust Robes without using Ignite. The end result was that it wasn’t easy at all. I thought they might have a slightly easier time with more people, but it makes sense. It wasn’t like Chris and Tsubasa could easily overpower Carol when she originally busted out that Faust Robe before using Ignite. And really things were getting pretty chaotic to put it nicely.

Initially I was ready to say “really?” when it came to Kirika and Shirabe using Ignite in that situation. But, unlike with using Ignite for little reason a few episodes ago they did give their reasoning here. I can at least buy that they thought it might work if they attacked from long range and overwhelmed the enemy before running into problems. When pressured people can make choices that aren’t the best and this was a pressure situation. They at least were trying something that they thought might work if they didn’t get too close. It didn’t work, but I can respect trying. If they were going to lose as is…you have to try something else. And at least by the end they did try something that worked better. 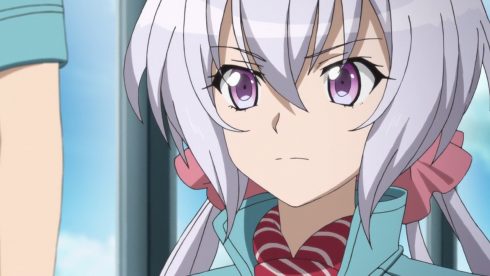 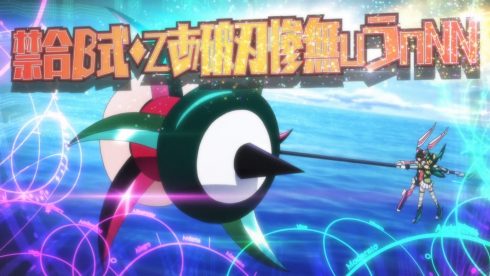 It was fun to see them learning and using the past here. While I know some want Kirika and Shirabe acting apart more often, the show does make a good point. They are stronger together. Fighting randomly wasn’t going to get the job done, but working together allowed them to raise their phonic gain to a level that helped them win. Plus I did like them going back to the team play between Kirika, Chris, and Shirabe. Makes sense doing so in the place where they fought as a trio. It was smart work by Chris to use her guns to wear down that shield from Cagliostro. And I really liked how she again used her bow to trick her opponent which allowed Kirika to hitch a ride and make her way over to Shirabe so they could safely team up against Prelati. That was just a satisfying fight.

It also makes sense to have this fight involve the aftermath of their battle against Leiur. Since logically the place they would store something like Hibiki’s fragments would be at that facility. And since this is happening shortly after GX of course they haven’t had time to restore that facility or recover relics from it. And I do like how we are continuing Chris’s character arc. This is another battle where she made a tough choice in order to win, but it is hurting them in the present. Actions do have consequences and doing something tough because there was no choice can still leave you in trouble later. Of course I do think she’s being too hard on herself. In a life or death battle you can’t always have a perfect result. Though I’m fine with her trying to do better and gain better results. 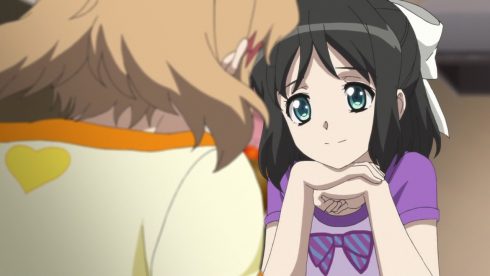 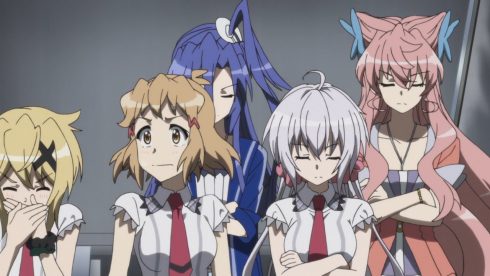 No complaints either about fitting in a bit of Hibiki and Miku. One character that hasn’t gotten a lot of background going for her is Miku. It was a simple scene of her seeing Hibiki risking herself to get a balloon for a kid, but it worked pretty well. Miku got to see someone going through an incredibly tough time due to harassment and yet was still helping others. Miku was going for a straight forward problem…her time in track wasn’t improving. And it was hard to connect with those who were technically her rivals. Seeing Hibiki doing all that changed Miku’s mindset. Instead of racing to stay ahead of rivals, walking beside someone she cared about was more appealing. She just found something more important to her than track. Plus it is just cute how utterly clear Miku’s feelings are. You can’t misunderstand the love she has for Hibiki.

This was just a great episode. I had a good time watching it. It was nice to hear this version of the combo song for Kirika and Shirabe along with seeing them come out on top. And it also shows how utterly twisted Adam is. When they are lacking energy to make their goal happen he casually says they should sacrifice one of Cagliostro or Prelati. The guy has to know that those two are important comrades for Saint Germain. Yet he still tells her to pick one to sacrifice so they can move ahead. What a piece of work. We have to be getting close to a breaking point within the Alchemists and I can’t wait to see what happens.