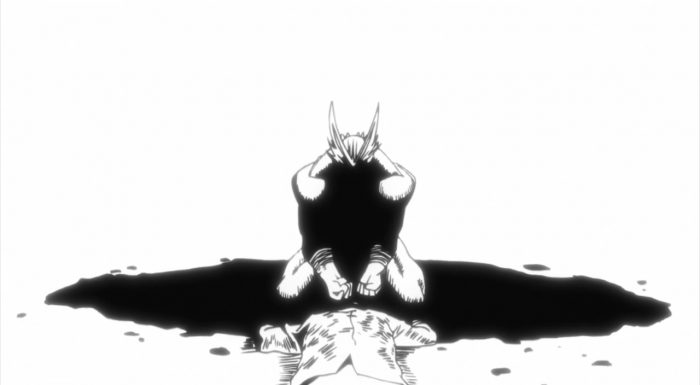 Well this was a pretty important episode. The show sat everyone down to explain the origins of One for All and to shine a light into the darkness that exists behind the scenes. With this person who has All for One preparing himself for a return to the spotlight, things are going to get dangerous. Though it seems for the time being he’s using Tomura for his plans. I’m just not sure what he meant though about Tomura becoming the next ‘him.’ It is a bit odd. We are talking about someone who has the ability to take any quirk he wants and use it. It is hard to count out any kind of insane theory at this stage. Is he just going to use Tomura as the next figurehead of evil? Or does this guy have some kind of super quirk that would let him steal Tomura’s body? 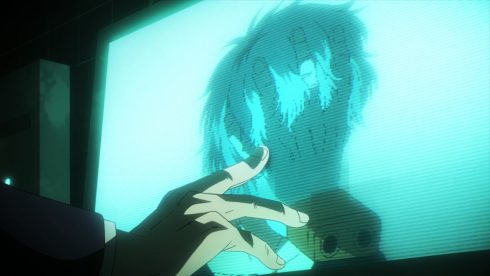 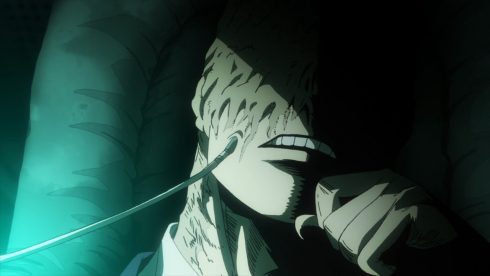 I suppose body-snatching isn’t a huge issue right now. If he had something like that then he probably wouldn’t care about healing his current body. A lucky break I guess that he apparently couldn’t get super regeneration earlier. I do like how they remember that Nomu had that power and work around it. I’m going to guess that regeneration can’t regenerate past whatever healthy state the user is in when they gain the quirk? So once he healed super regeneration couldn’t help him. Thus if he had that power before facing All Might he’d be fine now. Regardless this guy seems pretty darn dangerous. If he can just take and pass on quirks as he wants…that is scary. On top of that this is basically the original super villain. He’s been there since near the start of when quirks started appearing and he’s kept himself going all this time.

The show knows how to play up a villain here. We get to see a little bit of this guy. Most of him is still covered in shadow, but we have enough to see how banged up and scared he is. This is the guy that All Might went all out against and took serious injuries to bring down. In a sense All Might was the real chance for All for One’s brother to stand up against him. One for All finally reached a level that it could compete with All for One and it delivered. There was a high price, but clearly All for One took the bigger hit here. At least All Might can still do his job even if it is limited. That guy has to stay in the shadows because his current condition is too fragile. 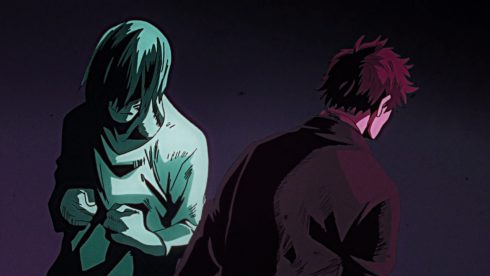 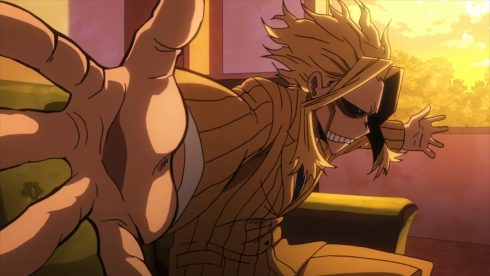 The background story is interesting. I do like the idea that a combination of two worthless quirks resulted in the quirk used by the #1 Hero. All for One was a cocky piece of work and a jerk. He gave his brother what he thought was an utterly useless quirk. I don’t know what his thinking was there. Maybe he wanted to show his brother how his very identity was under his control. Regardless it was great how he didn’t realize that his brother had a quirk and he’d passed to him a great weapon. Though I do wonder how the brother came to realize the truth. At least All for One could tell him that he had given him a quirk to stockpile power. But it must have been some weird coincidence that resulted in him learning that he also had the quirk to pass on quirks.

Who knows, maybe a quirk fortune teller told him. I’d probably be frustrated in that guy’s shoes. He had the tool for one of the greatest quirks out there. But there was no way he could ever use it for himself. The originator of One for All had to simply trust the future and his successors. He’d never have any super strength or super speed for his entire life. I respect a guy who had such a strong sense of justice that he simply did the right thing. He chose to pass along that quirk to future generations and let them have the spotlight. Even the second or third user probably weren’t that amazing, but they all just kept passing it along and keeping the truth away from All for One. If that guy realized the potential of One for All….you’d have to think he’d try to stamp it out. 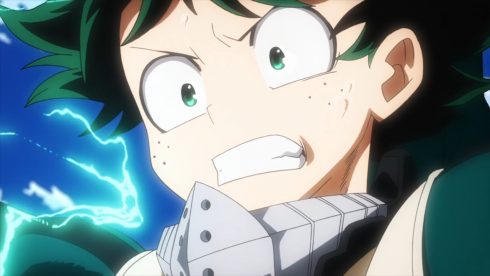 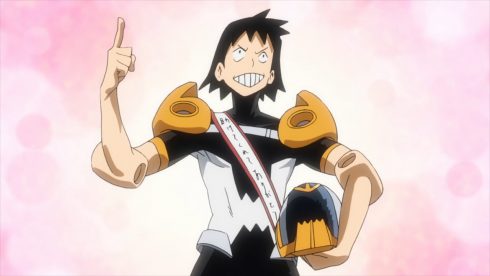 That leaves Deku with quite the inheritance. I worry a bit about what All Might was holding back. Does he mean that once the power leaves him he can’t risk staying near Deku? Will his injuries kill him without One for All being part of him? I don’t know what he meant there, but that was ominous to put it nicely. Right now Deku has to focus on growing and maturing. And we are seeing how he is maturing quickly. This internship was an unbelievable event for him. Full Cowling will really help him grow while also not putting too much harm against his body. But he does need to practice with it. A good point made that he did hurt his arm a bit during the fight with Stain. He has to reach the point that no matter the situation he can keep his power under control.

The little rescue event they had showed how far Deku has come and how far he can go. It is completely fair that people thought Deku would come in last. He did well in the last big event, but it did require some clever thinking. In a straight up kind of race like this you wouldn’t think he could do much; especially with his power being so self-destructive to this point. He did get to show off his growth. He didn’t win because he wasn’t used to moving through that kind of area, but he surprised people. It was fun having Bakugo get riled up since he felt like he wasted his internship. Although I’m not sure he did. Bakugo needs less combat training than he does training as a human being. But he clearly doesn’t understand that yet. 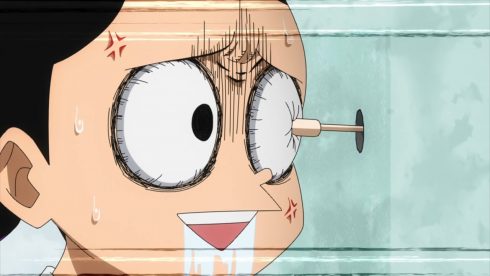 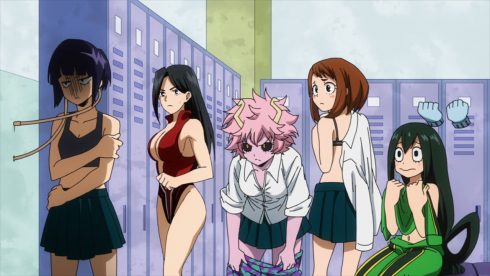 I’m also pretty glad Iida shrugged off Kaminari being a tasteless idiot. Does this guy not comprehend how dangerous things are? That if he a guy in UA’s hero course thinks Stain is “cool” that actual bad people might rally around that? At the very least he should understand that Iida’s brother was injured by this guy and that he nearly killed his classmates. At least that stupidity was matched in a more comical way by Mineta. Screaming about how you want to peek on people in the next room isn’t a good means for stealth…or making you remotely likable. Good job by Jiro in shutting that down. I don’t think she needs to be that offended that Mineta wasn’t focused on peeking on her.

Let’s see where things go from here as we enter the last part of the season. There is a big test coming up and the summer training camp. The immediate future is pretty clearly laid out for the story. We should be able to enjoy this test and see how the characters have grown through this season of the show. I wouldn’t be surprised either to see even one episode dedicated to what is going on with the League of Villains. They showed off a few people that might end up joining and I could see them at least giving those new faces a mention before we run out of episodes here.