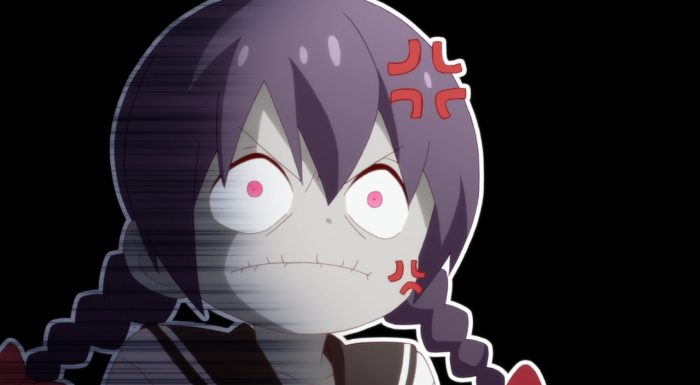 It is nice to look around and see how some of the more surprisingly enjoyable shows of the season are doing. I wouldn’t have said that Tsurezure Children would be one of the more purely enjoyable shows going into the Summer, but it has been rather good. It is a short-type anime, but still a fun romantic comedy. It does take a more unusual track of covering a ton of couples. To this point the show has generally focused on 3-4 little scenes every week. There is no telling which couples will get spotlighted any given week. The roulette aspect does keep things interesting though. That can create some varied experiences week to week. Some of the couples are more interesting and others less so. At the same time though that does mean that people can generally find a few pairs that they really like while tolerating those they don’t.

All these couples have some degree of problems to them. Whether you have individuals that can’t confess to those that struggle to communicate. You have the Student Council President making his move on a ‘delinquent’ character that he caught smoking one day. You have childhood friends that misunderstand how each other view their relationship. There is even an otaku character with such low self-esteem that he can’t properly understand the approach from someone that is actually interested in him. They are all awkward pairs in different ways, but most of them I find pretty fun to watch in action. 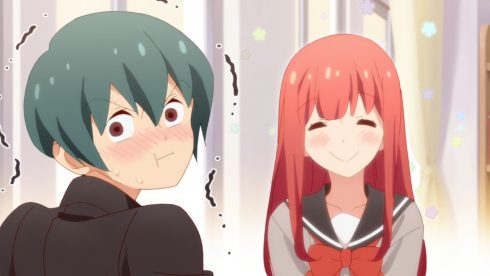 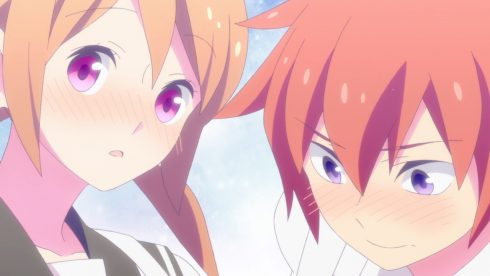 One strong element going for the show is the comedy. There is just something fun in watching the various couples stumble their way forward. Thanks to that I have been able to laugh it up for good parts of each 12 minute episode. One of the most entertaining pairs is probably Minagawa Yuki and Furuya Jun. Yuki has all sorts of fun teasing and messing with her love interest Jun and even his younger sister Hotaru. Yet at the same time she is open about her feelings and confesses almost instantly in that first episode. It is fun watching those siblings struggle to handle her. It isn’t one of the couples that has moved the furthest forward even by episode 7, but they are probably the one I look forward to seeing the most.

Another pair I personally like is Sugawara Takurou and Takano Chizuru. They are fun in a frustrating sense. This is one pair that struggles to truly understand each other. Sugawara tries early on to confess and it’s a total bust. She doesn’t understand what he really means and doesn’t even think someone could fall in love with her. And yet while that is frustrating, there is something pure in watching feelings develop. Takano starts out like that, but you can see her interest in Sugawara growing. You get to see someone who hasn’t thought much about love fall into it. I have no idea if they will get on the same page by the end of this anime. Still, I am curious to see how things will play out. At the very least it is a cute kind of budding romance. 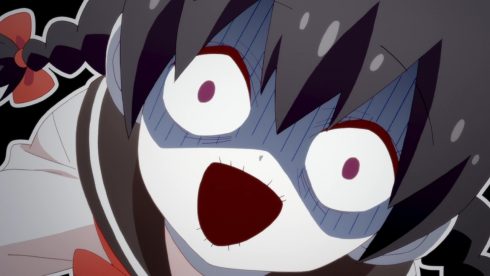 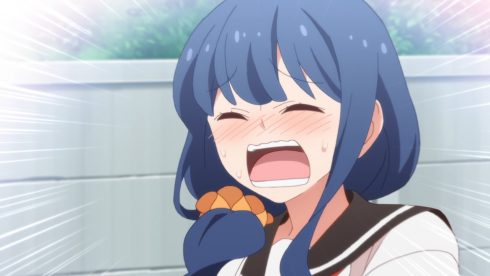 This passage of time can catch you offguard. Each little skit passes by so quickly that you barley register it until the ED starts. In some ways I do wish they’d gone with full length episodes. I think fitting in 6 or 7 individual scenes per episode would work just as well as 3-4. It is probably less of a financial investment to go half-length episodes though. This isn’t a show that will blow you away visually. It is pretty average to maybe a bit below average. But the characters look good enough and are visually distinct. If nothing else you probably don’t need the most amazing visuals in a romantic comedy anyways. The voice acting is also good considering the amount of characters they have in this show.

In the end I think it has been a fun show to this point. From watching the shy/awkward pair of Kamine and Gouda, to the random and weird ‘love master’ that pops up here and there in the show. There is a nice variety in the cast, some good comedy, and it doesn’t take much time to watch an episode. Personally I’m just looking forward to the last part of the show. I’m curious to see if anything will really happen with Takano and Sugawara. And it would be fun to see more trolling by Yuki along with seeing if Jun will actually respond to her confession. Not a show I wanted to cover from week to week, but a show I was hoping to talk about a little in this kind of format.