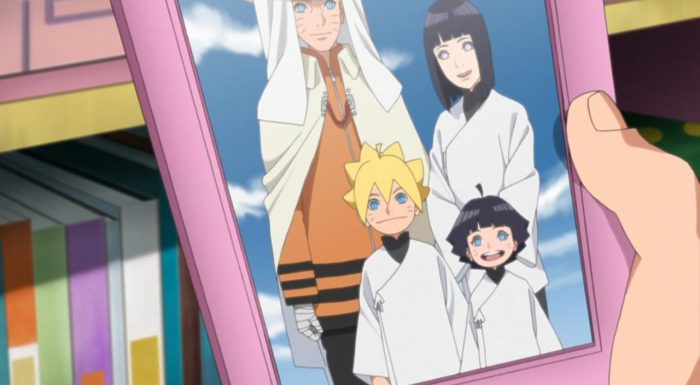 If last week weren’t evidence enough, it really does seem like Boruto lucked out when it comes to parents. While Boruto may not have the close nit, “regular” family that he craves, its quite clear that despite the hectic life that Naruto leads, he’s got a pretty darn fine family that he’s built. And built really is the key word here, because if this episode does one thing, it really puts a bit of nuance to the whole “Naruto is a terrible dad” idea, that the series has been loudly proclaiming since it started. 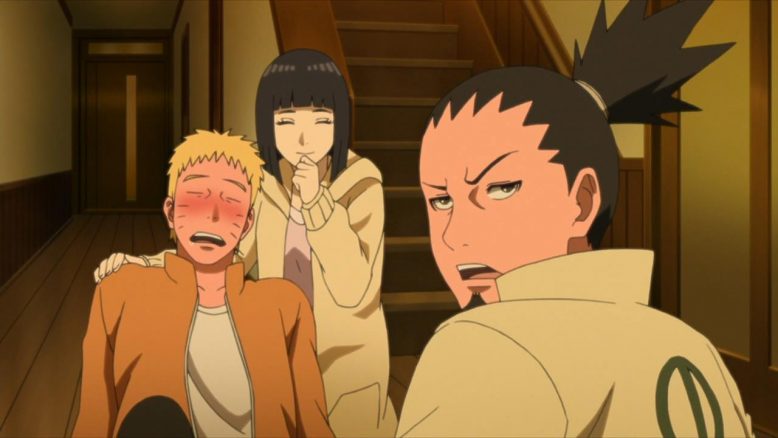 Here’s the thing, Naruto is far from perfect, but at the end of the day he does care about his own family, even if they get sidelined now for the good of the village. The moments in this week’s episode, really are dedicated to giving a general idea of just how the Uzumaki family home functions, and to be honest, its a pretty sweet sight to behold. Himawari and Boruto are nice kids, Naruto and Hinata good parents. With so much love and nice people gathered under one roof, you’d think that this would be the family made in Heaven.

The problem, of course, is responsibility, and its a new theme that Boruto, the anime series, is starting to tackle. Naruto’s always done great to empathize with a lot of people, and he’s been there for a lot of people, to the point where the recognition he craved as a kid is more or less there. What’s kind of tragic, however, is that Naruto is unwittingly giving Boruto a dose of the very loneliness that Naruto himself experienced because he had no parents. 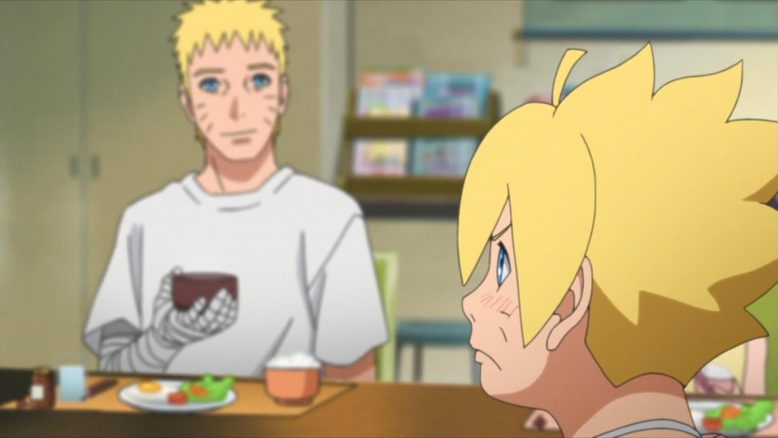 The big insight this week is that Boruto really does care for his dad’s approval and attention, despite how much he wants to deny it. Boruto is totally “Tsundere” for the very father that he thinks isn’t cool, and its an interesting angle that this show takes with regards to family. There’s this interesting tension between Boruto and Naruto, as neither really understands how they should interact with the other. Each has a vision of what the other issue, and what the other should be, but that particular vision doesn’t seem to line up.

Naruto views Boruto as very much a kid, calling him a “gaki” (brat/child) multiple times throughout the episode. Boruto, on the other hand, views his dad as someone who’s a dead beat, who isn’t there and who doesn’t prioritize the things that really matter. Family is the most important thing to Boruto, as it is to most kids his age, who suffer from their parents’ responsibilities taking a toll on the family. 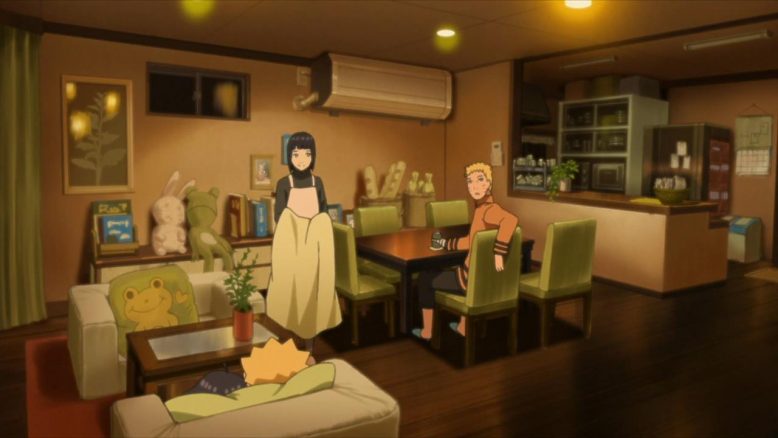 But, we’ve seen that idea again and again and again in this series. What I liked about this week’s episode is that it used two particular stories to really highlight how much Naruto DOES care about his family, and how it may well be pretty darn awesome to be a part of the Uzumaki family after all.

There’s Naruto’s inaguration as the Seventh Hokage, an event that’s rather big for this particular character. Naruto spent literally his entire story trying to become someone worthy of becoming the leader of his village, and in a refreshing twist of fate, Naruto ends up missing his own inauguration because he’s busy dealing with his own kids. The whole Himwari goes Yandere thing is played for laughs, but the whole story is a nice callback to something we saw just breifly as a sort of OVA related to Boruto the movie. Seeing the whole story, plus how Naruto ends up missing his crowning moment, and not caring all too much about it, is a nice highlight of how far the guy really has come. 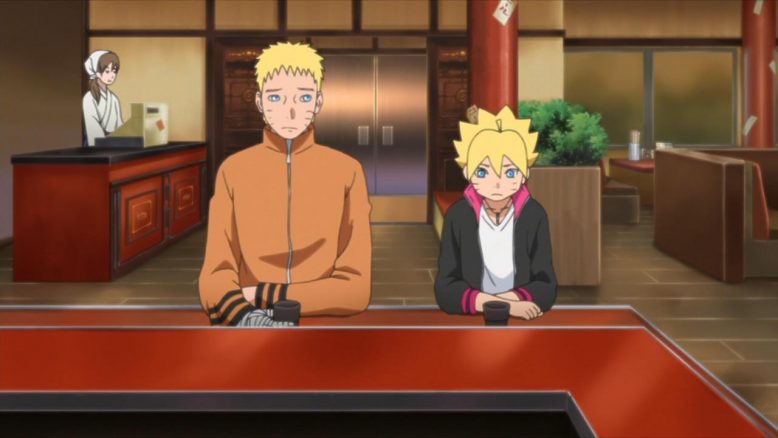 The other story, which features present day Naruto hanging out with his son, and taking him to a much bigger and grander Ichiraku Ramen, is a nice dose of father-son time that I don’t think we’ve ever seen. Its kind of funny to find out that a lot of Naruto’s biggest moments and precious memories are all tied to a Ramen restaurant, but the important thing here is that Naruto actually takes a break from his job to spend some time with his son.

The whole thing works wonders too, and it shows that if Naruto just did this kind of thing a little more often, he’d be balancing the role of village leader and family man, quite nicely. 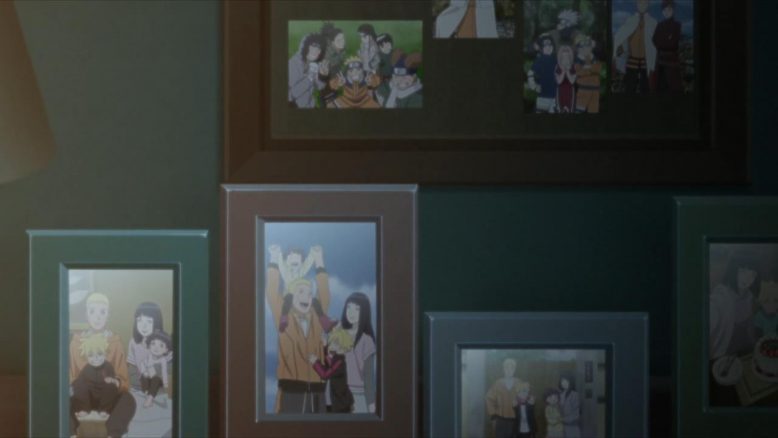 But beyond just giving us a look at the day to day lives of the Uzumaki family, this episode doesn’t do a whole lot else, and it really doesn’t need to. There’s a feeling of relaxation, of comfort that comes from this episode, and that combined with a more balanced representation of Naruto as a character and father, is about all I could’ve asked from this week’s episode. Good stuff all around.