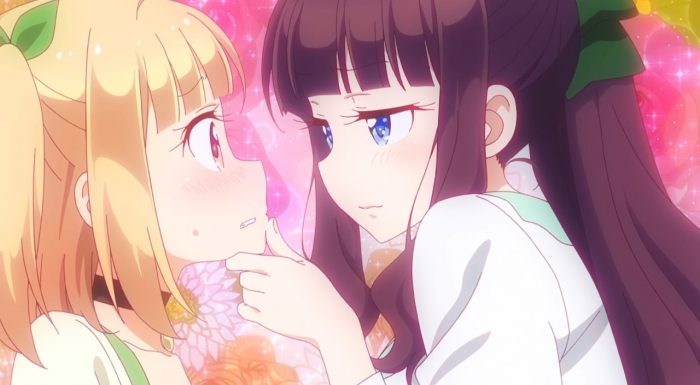 Anyone ever find yourself in a situation like these girls have been in, with a boss who would always undercut your original estimate and tell you to get your work done faster than you say you can? With that in mind it doesn’t surprise me that Aoba has developed the habit of habitually over-estimating how long it will take her to finish anything, just to ensure that she can get it done in the amount of time she is given. Yun’s case is a bit different, and leads me to think that maybe Ko tended to just question them a bit more thoroughly whenever they said they could or couldn’t do something within a certain period of time. Yun knows she can’t do it, but she says she can, expecting the usual “Hmm, you’ve still got all this to cover. Are sure you can handle this by tomorrow? I’ll hold you to that if you say yes.” or however it normally goes, which is when she would have admitted she needs more time. 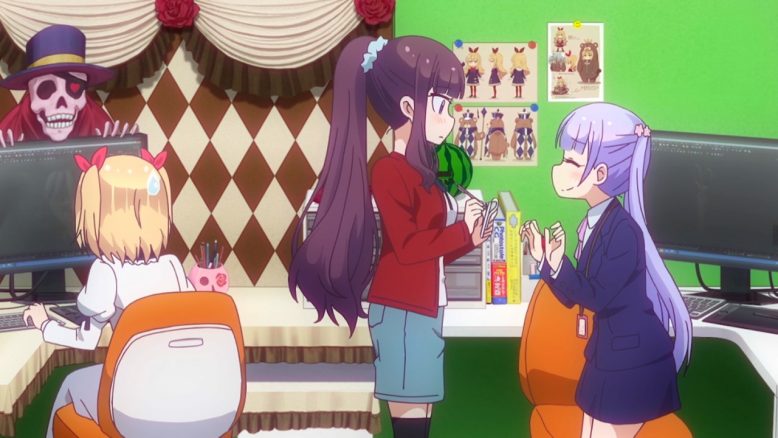 However, Hifumi is a very different kind of leader. She isn’t used to the idea of being harsh on people about their schedules, or punishing them for failure. She wants to motivate people by kindness and encouragement. Rather than get upset when things aren’t done on time, she looks for things that might have caused delays or ways in which her people’s work could be made more efficient, and tries to help them improve that for the future. She takes Aoba and Yun’s words for it when they give her their estimates for completion, causing both of them to feel really guilty about lying to her. Aoba clears it up right away, but Yun hesitates a bit too long, and then decides to try to double down and get it done in that time anyway, only to eventually be forced to admit that she knew she wasn’t going to make it. 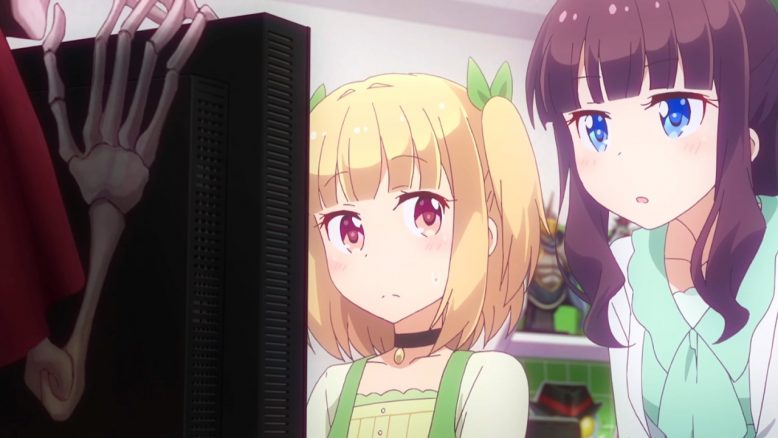 It’s important for me to say that I don’t think Hifumi’s style of leadership is wrong, per se. With a team that respects her and is willing to work hard for her (which she has, fortunately) a leader like Hifumi can be quiet effective. If she were dealing with someone who had a tendency to slack off unless she kept her eye on them, she might be in more trouble, however. That sort of person needs more direct supervision. But with just Yun and Aoba for now, Hifumi is doing all right, and she hopefully has time to get used to being in charge of people while dealing with just the two of them before the company ends up bringing in anyone new for her to have to work with. I do have to say that her attempt to get into character to “reprimand” Yun is hilarious, and (given responses I’ve seen around the internet) has probably caused a number of viewers to turn into masochists wanting her to scold them as well. 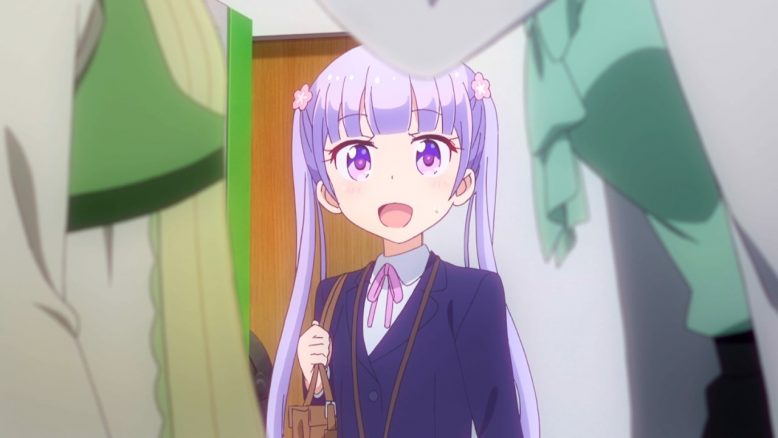 Regarding Hajime’s issue… folks… please… for the love of all that’s holy, don’t make water levels. Players hate them. No matter what sort of weird mechanics you try to add into them to make them “fresh” or “thrilling” it never works. They just aren’t fun. But. That aside, Hajime’s actual problem is pretty simple, and Hazuki spells it out for her: don’t let pride keep you from getting help when you need it. Aoba and Yun are both well-equipped to help her, and brainstorming on things like this can sometimes create results no one could have imagined on their own. Best to take advantage of their expertise when one can. (But please play-test that water level before putting it into the final build, to make sure that it’s actually enjoyable. If it isn’t, you’re better off cutting it.) 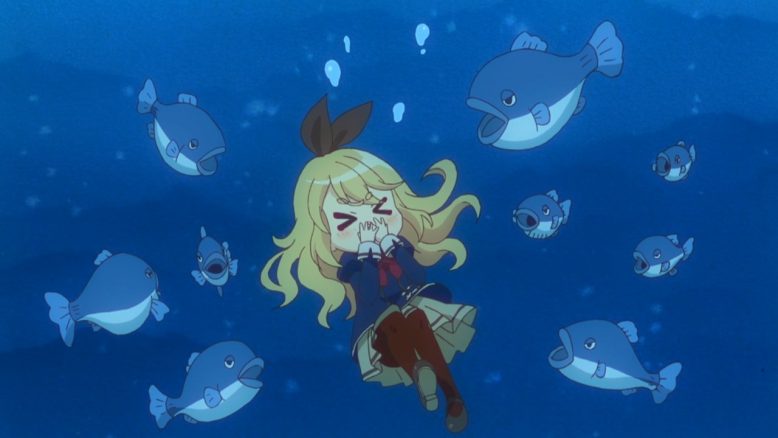 Aoba’s struggles with designing the Queen give us some more insight into her creative process. Unlike Ko, who can conceptualize and create a full character design from a relatively sparse description, Aoba has trouble bring real life to a character that she doesn’t understand. The Human Queen who is ruling the stuffed animals through fear is beyond her comprehension, so she can’t draw her convincingly. Fortunately, Hazuki is always open for discussions about this sort of thing, and between the two of them they determine the Queen’s story, painting a picture of someone very different from Aoba’s initial mental image of her, but who she can now feel a connection to, and thus who Aoba can now draw and bring to life. 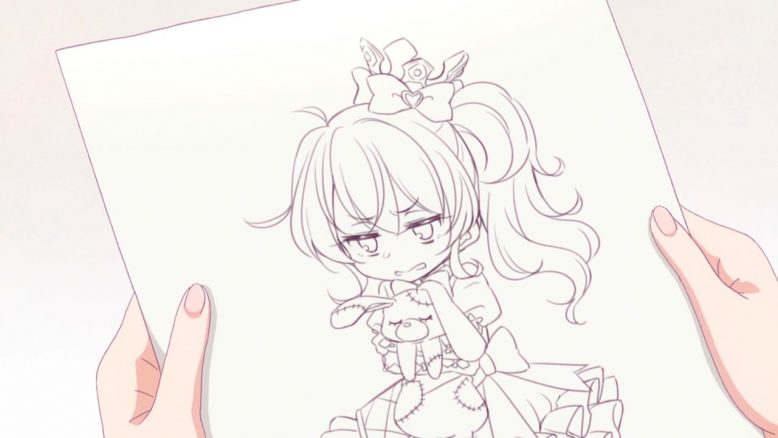 The final segment is most interesting to me, introducing Aoba and Nene’s high school friend Hotaru to the anime. In the manga we first met her when she came home for New Years, and the conversation she had with Aoba in this episode was taken from that chapter. Hotaru has a greatly expanded role in volume 5 of the manga, which is a canon spinoff volume set during Aoba and Nene’s high school days. Hotaru is an artist like Aoba, and the two of them were both in the art club in high school. Aoba and Hotaru were actually both accepted to the same art college, but with Hotaru and Nene’s strong urging Aoba also applied to Eagle Jump, choosing to take a chance on following her dream. 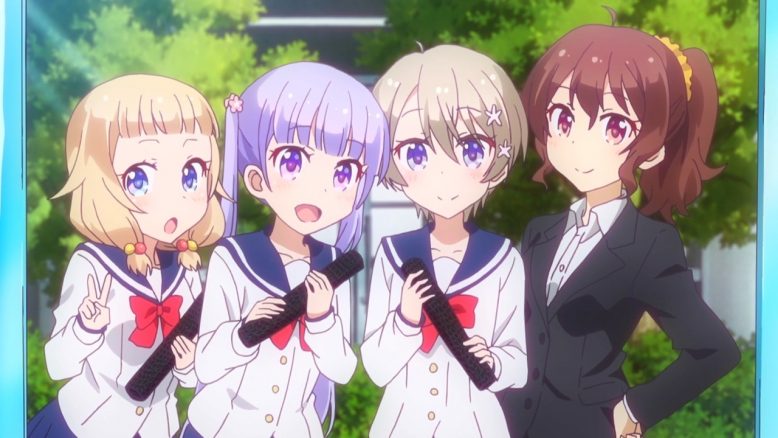 I truly love Aoba and Hotaru’s conversation. I can really feel throughout it that these are close friends who worry about each other, care for each other, understand each other, and trust each other. There’s a very touching closeness here, of two people who can speak completely openly with each other, and who can understand the things they both say, don’t say, and even try to say but can’t quite put into words. Hotaru is proud of Aoba for following her dream, and happy that Aoba is happy in doing so. Aoba misses being together with her close friend the way she used to be, yet they both understand and accept that she wouldn’t have been happy with the two of them going off to college together, leaving her chance to pursue her dream behind. There’s a lot of personal history  in their conversation, a sense of connection that feels very reassuring and comfortable. I am really glad the anime staff chose to include Hotaru in this season. 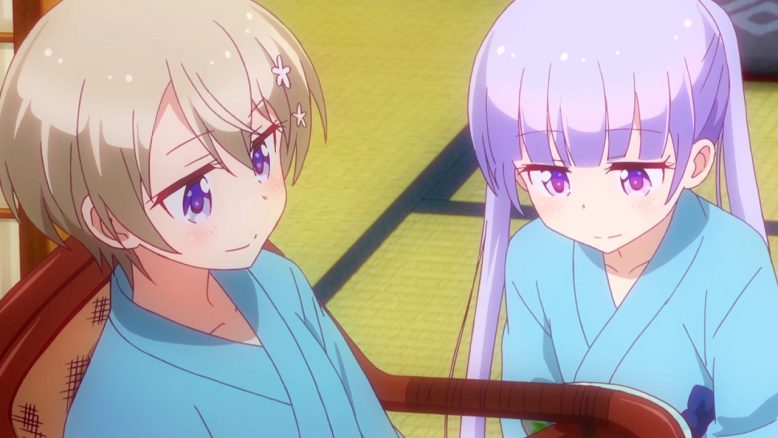 Things are moving along for our girls, both in game development and their relationships with each other. Both remain just as much of a delight to watch as they always have been, and I cannot wait for more. I hope to see you all back here again next time. 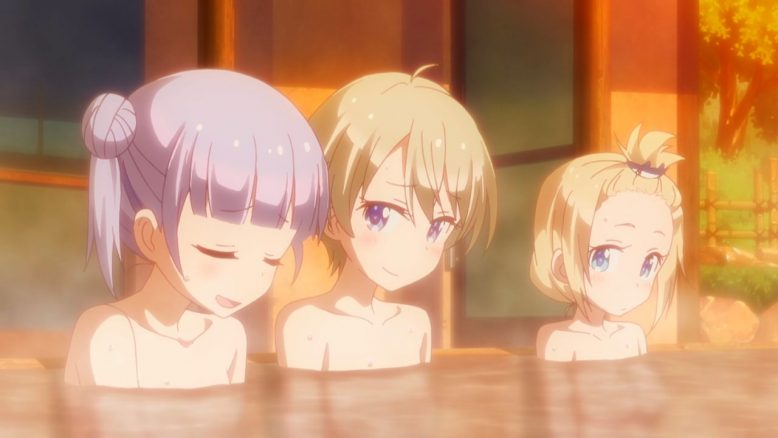 I do have to wonder where this gratuitous bath scene came from.