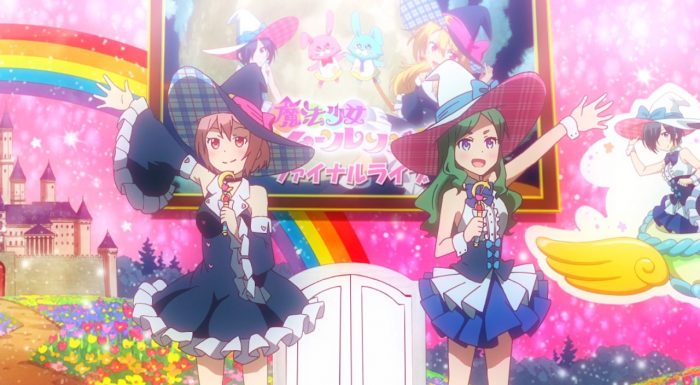 I imagine there are plenty of people who can sympathize with Hajime’s plight from the beginning of this episode. Personally I’m not one for going to big events (large crowds make me feel distinctly claustrophobic), so I’m only likely to go to such things if a friend or group of friends invites me to one nearby. I think the only time I’ve seen something like the ticket-sale battle was when I logged on to the PAX East website a few years back on the day it’s passes went on sale, only to discover that they had sold out within minutes. Given that we’re talking about a convention that sees an attendance of over eighty-thousand people, it’s pretty impressive how their passes can sell that quickly. And, like with poor Hajime, there are undoubtedly thousands, even tens-of-thousands of people who either miss the timing, or just can’t make it through because the ticket servers are being hammered by countless hordes of fans all trying to hit the site at once. 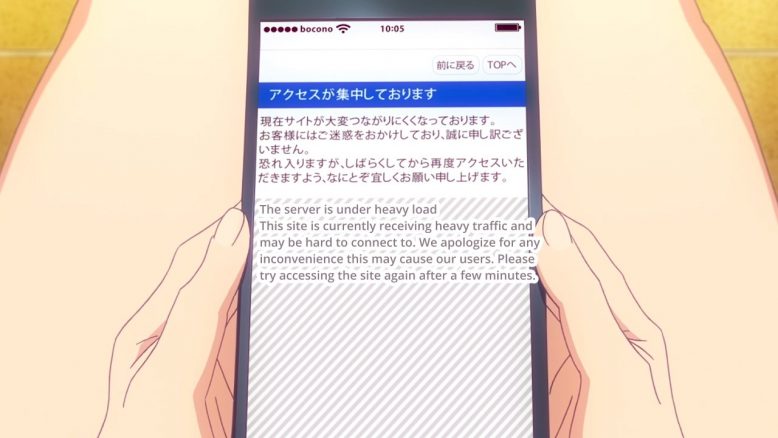 Fortunately, Hajime has good friends who look out for her. Yun may seem to be exasperated by Hajime’s behavior a lot of the time, but there’s really no doubt that the two of them are pretty close. And one thing I can appreciate (and which I believe Yun also understands, even if she doesn’t feel it as strongly as Hajime) is Hajime’s complex feelings regarding this final performance with the original stars of Moon Ranger. Moon Ranger is clearly the Pretty Cure of this world, except unlike us who have had a dozen different Precure series and have gotten used to how it hands things off to a different generation of magical girls each time, Moon Ranger was the very first series of its type in this world. Hajime has followed it, seeing a children’s’ show prove to be unexpectedly popular with adults, and balloon into a major franchise with merchandising and movies and live performances and all sorts of things. She has lived this experience, seen the growth of the characters and the actors who play them, felt their triumphs and their failures. It is an incredible feeling to see something like that from its beginning to its end. And while she is, of course, eager to see what new series will come in the future, there is an inevitable feeling of sadness at seeing the people she has followed all this time step down. Still, it is something she needs to see, and I am really glad that Yun is there for her so she can make it. 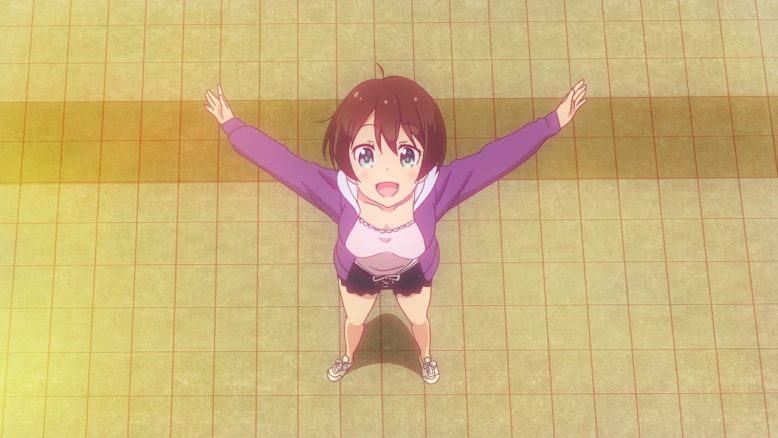 Moving on, Hifumi and Ko’s conversation leads into something else, which I’ll get to in a bit, but there’s something here that I think is worth noting. Hifumi’s comment that Ko smiles a lot more now than she used to is pretty touching. And it helps remind us of something fairly important. For all that she tends to be grouped with the “young crowd” at the office, so to speak, Hifumi has actually been working at Eagle Jump since before Fairies Story 1 went on sale. Hifumi has been there as a silent witness in the background to many of the trials Ko went through, and to the way those events have shaped Ko’s personality. So she knows better than anyone besides Rin just how good a thing it is that Ko can smile freely again while she’s working. 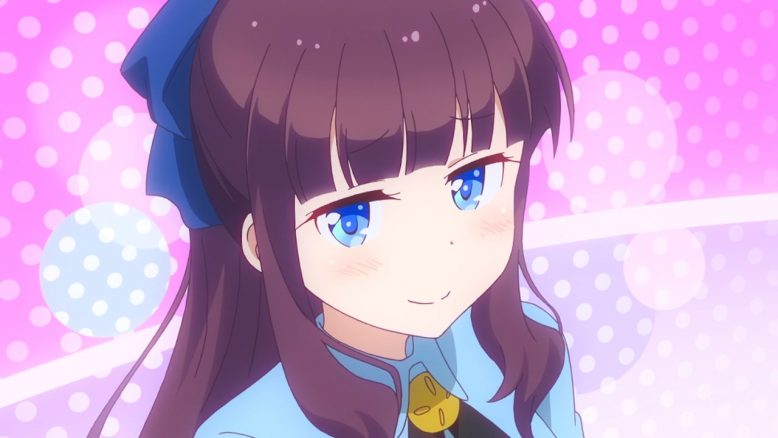 Speaking of Rin, of course she had to walk in at the wrong moment to provide some touchy relationship drama… that Ko is entirely oblivious to. Poor Hifumi basically served as the mental voice for the watchers/readers as she silently told off Ko for being such a dense idiot. This segment does put something in simple words, though. Rin likes Ko. Everyone knows Rin likes Ko. The only reason their relationship hasn’t gone anywhere is because Ko is too dense to pick up on any of Rin’s signals. At least Hifumi is doing her introverted best to work things out between them, even if it does exhaust her. I can’t blame her one bit. After navigating that interpersonal minefield, I’d want to take a nap too. 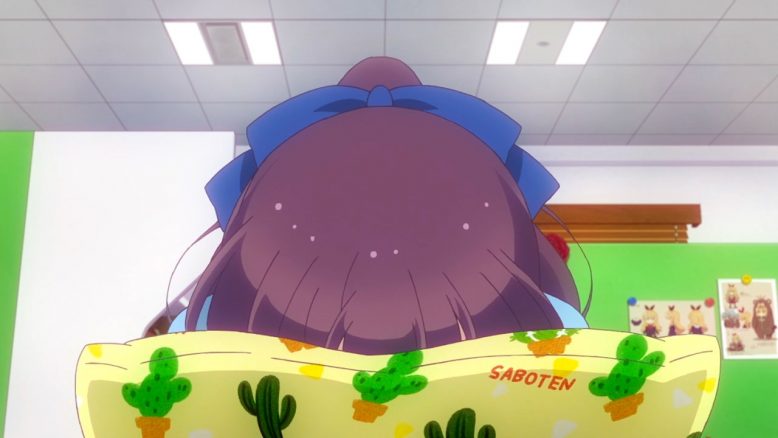 Getting ready for the important meeting, it’s easy to understand why Aoba is having a case of nerves. Approval within Eagle Jump is all well and good, but the publisher is the one who has the final say in the end on what they’re going to fund and what they’re going to sell. If they decide that a game whose designs are made by this newbie instead of the famous artist Eagle Jump has on staff aren’t measuring up to what they want… well, they can pull the plug, and Eagle Jump is left having wasted all the work they’ve put into it so far. Fortunately, Yun and the others speak up to reassure Aoba of their support. Everyone likes what Aoba has created. They believe her designs are worthy of having a game created around them. They cannot speak for the publisher, but they themselves are still game designers, and they know what the elements of a good game look like. Aoba’s designs fit the bill. Right now that is the highest praise they can give her. 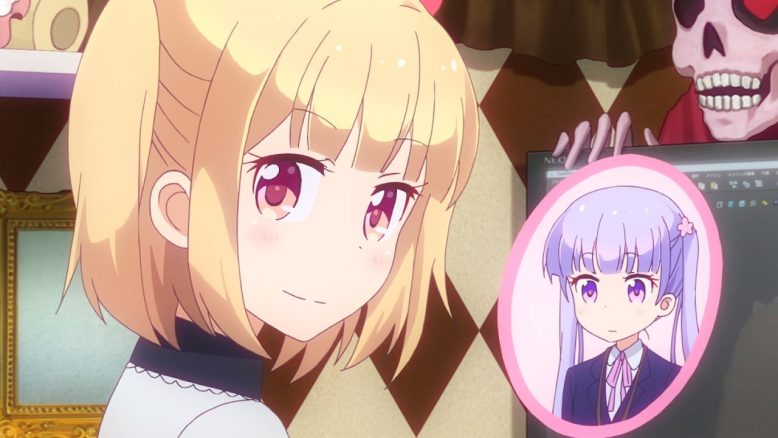 Don’t want to forget Hifumi’s promotion. In the manga this happened several chapters before the first couple segments in this episode, which subtly altered the tone of some of the conversations in those chapters (for example, a team lead Hifumi having caught Hajime wasting work time trying to buy Moon Ranger tickets means something rather different than when it’s simply “fellow employee” Hifumi). But putting that aside, this is something that I think is good for everyone involved. As I said before, Hifumi is by far the most senior employee on the character team, and her acute observational skills can serve her well in a role like this. Also this can help her actively work to build her confidence, in addition to being a stepping stone for her career. And it helps out Ko, who, while perfectly willing to perform the jobs of three people at once, often drives herself to exhaustion trying to do so. Hazuki makes the good point that leaving all this work to Ko simply because they know she is capable of accomplishing it is not an ideal situation. Even if one person can do the job of three, that doesn’t mean they should, and relying too much on her can get you in trouble in a number of ways. Including, potentially, denying younger talented employees the opportunity to grow. 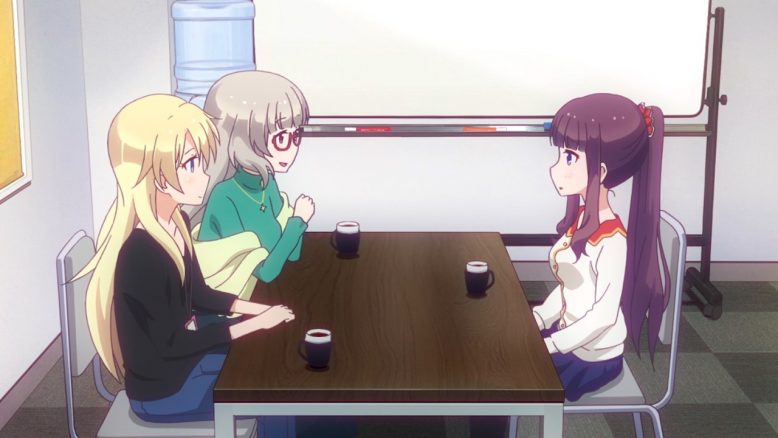 Now, there is a valid concern that Hifumi lacks… I suppose you could call it “strength” as a leader. While she is getting much better than she was, she is still timid, and sometimes a leader needs to be able to confront people that she is leading. A leader needs to be able to speak up clearly and say “you’re doing this wrong” or “you haven’t gotten this finished in time, is something wrong” or any number of other things. That is probably going to be Hifumi’s greatest weakness when it comes to leading the team, and she can see it just as clearly as I can. And yet Ko speaks up and reminds her that even she has failed as a leader before, hurting the people under her because she wasn’t ready. When it comes down to it, very few people feel ready for a responsibility that they are about to take on. Those who do think they’re ready are often the ones least ready for it. Doubts and uncertainty are a part of this sort of thing. But Ko has faith that Hifumi can do the job. And so in the end Hifumi bravely steps up and accepts. 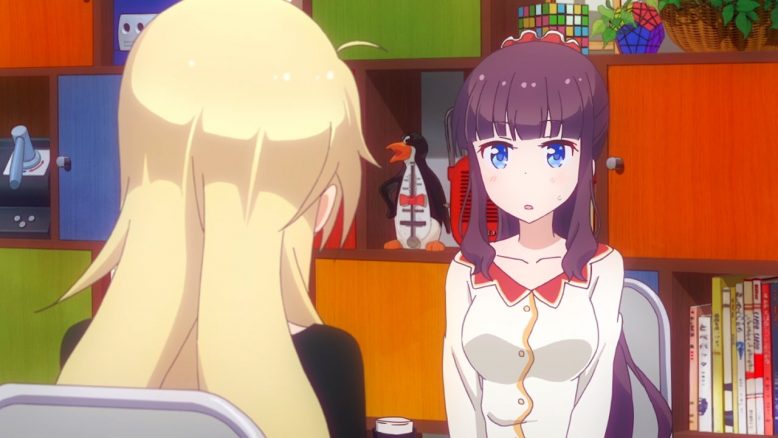 And so we end with the meeting with the producer from the publisher, who we have seen around here and there a few times before. Yamato Christina Wako is her full name (Yamato is her family name, for those having trouble parsing it), and I’m pretty sure we’ll see more of her. She has the unenviable task of relaying information back and forth between Eagle Jump and their publisher. Fortunately in this case the news is positive: the publisher fully approves of the new game as it currently stands, and wants them to continue as they on to release the alpha version. That’s a huge weight off everyone’s mind, and now they can safely look forward to enjoying themselves while making the game to the best of their ability. 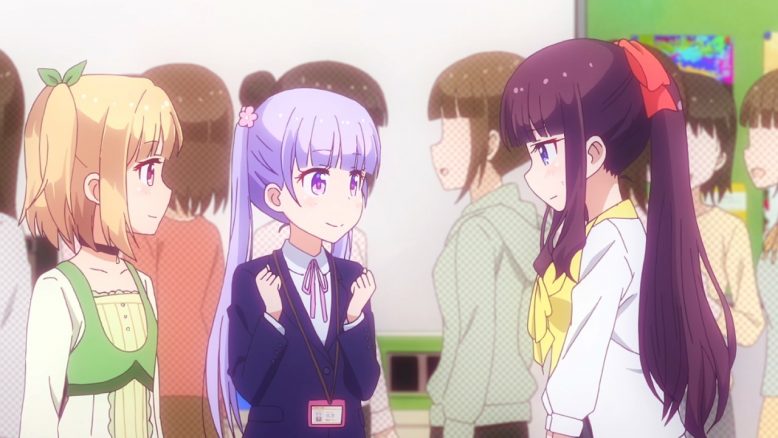