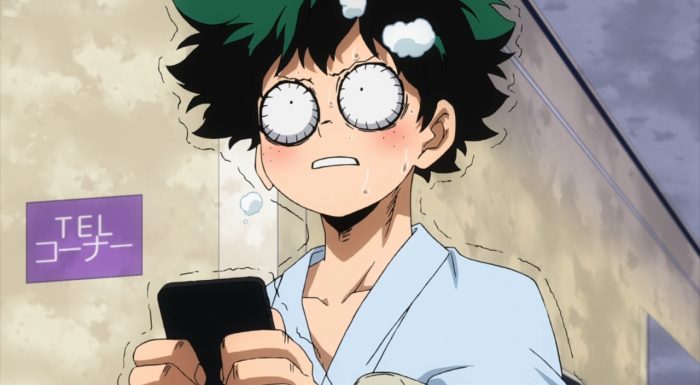 The show really handled the aftermath of the Stain battle well. This isn’t just a villain that appeared, was defeated, and is gone from memory. The impact of this fight on the characters is big, but also the world itself. One thing that Boku no Hero has done really well is establishing the world. This is a world that developed and grew with the emergence of superpowers and heroes. It isn’t just our world with superpowers, but our world if society had evolved and changed because of these powers emerging. The scary thing isn’t just Stain himself, but what he represents and triggers. I’d be surprised if many really feel the same as he does. It is doubtful that many of the emerging villains want a revival of classic heroism. But that almost doesn’t matter. People will empathize with his desire to destroy the present society. 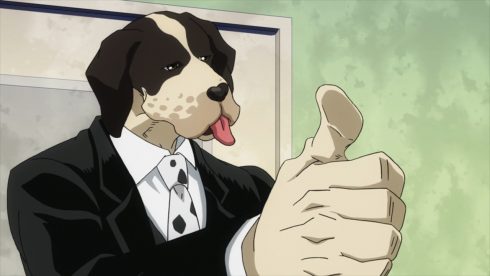 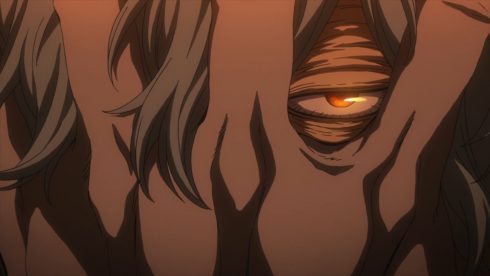 It is impressive just how badly Tomura misread how things would unfold. It is true that this likely is a positive for his League of Villains, but not one they desired. In some ways it will probably piss off Tomura that the likely growth of his organization will depend on the actions of someone he wanted to erase from the public consciousness. For the immediate future Stain will be the face of villainy. Regardless of Tomura’s feelings, the League of Villains can take advantage of this. Presuming the league’s leader doesn’t do something stupid like turn away anyone that is showing up because of Stain. That is something that I could see happening considering how childish Tomura is.

What I am curious about is the name drops in this episode. If this All for One guy is behind the league of villains, that does make them a scarier organization. We finally get the identity (sort of) of the guy who inflicted that kind of injury to All Might. Anyone that is capable of that is utterly terrifying. We haven’t really seen what All Might could do in his prime. But anyone that could fight him that evenly and end the fight with inflicting massive injuries is a huge threat. It sounds like All Might got some shots in himself, but clearly not enough to stop him for good. I can understand All Might being angry at this news. He isn’t at his best any longer and Deku is on a slow road to replacing him. Hopefully this All for One person isn’t in a hurry. 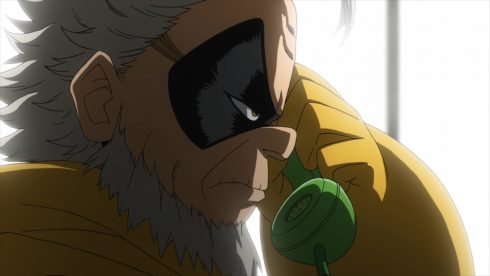 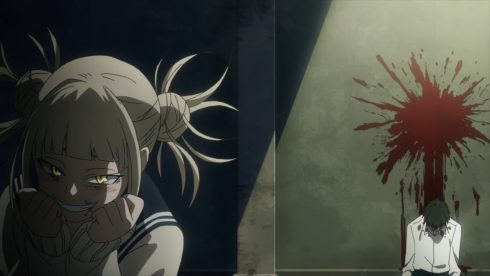 The world building also is shown in how the heroes have to respond to what happened. The good guys basically being stuck between two choices. They could either acknowledge what these kids did or cover it up and let Endeavor take the credit. It does show the frustrating side of bureaucracy. There is no doubt rules are important. We’ve seen that from how this arc played out. Iida snapped and went rogue which lead to further problems. And yet if they followed the rules exactly then the people who actually stopped the Hero Killer and saved lives would suffer punishment. These kids stepped up and avoided further loss of life. But the rules would say they should have simply reported it in and walked away. General rules are important, but I wish exceptions were easier to apply. Such is how the world works though.

In the end they took the best result possible. They’ll let Endeavor get the credit and shovel everything under the rug. Although if Stain ever speaks out about who actually fought him that could be problematic. Still by keeping them from getting any credit they avoid any punishment. That being something I’d call crazy since they already had to suffer through fighting a psychotic serial killer. The physical and mental scars should be enough. Regardless at least they avoid any public punishment. It isn’t as if they got involved to get public praise anyways so losing that isn’t a major issue. Of course it does give some credence to Stain’s point of view. Individuals who actually did something heroic for no personal gain risk having society punish them for doing so. While someone as utterly flawed as Endeavor gets the public credit. Life isn’t fair….as we certainly know. 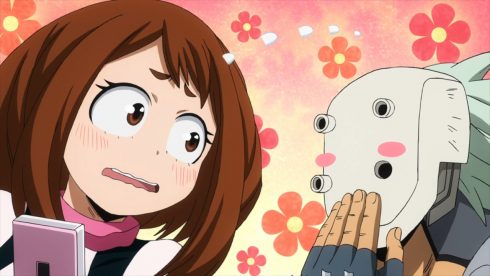 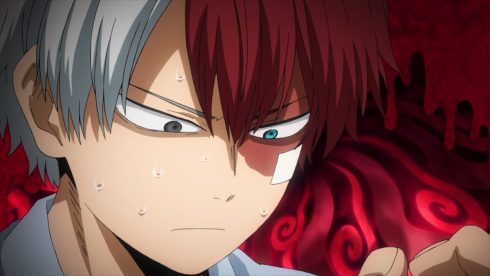 The important thing was stopping Stain from killing more people. They stopped Stain along with saving Iida and Native. But, there were downsides in Iiida suffering that serious hand injury. Although if the story wants to that can be fixed through surgery down the road. On top of that Iida’s strength is his legs and those got through this just fine. He will have some lifestyle problems adapting to that hand issue, but it shouldn’t impact his road to becoming a hero. I did get a good laugh as well from Todoroki’s “hand crusher” curse XD. Who will be his next victim? Still, he can’t really blame himself for either situation. Deku messed up his hand on his own and Iida’s injuries were mostly his own fault as well. It’s just a weird coincidence and nothing more. Though maybe Bakugo should watch out going forward…

I am glad that they will be spending time looking at the other students. This is the kind of situation you can go anime-original without a problem. Though I am surprised the anime is outright saying “yeah this is totally original.” A manga does need a fair amount of focus and moving the story forward to keep reader interest. While the anime can easily slow down and spend time with the other kids. Frankly this is a great chance to focus on students we don’t know too much about or haven’t seen as much this season. I’m curious where some students ended up and how their experience went. We’ve seen some useful mentorships (like Gran Torino) to unpleasant ones for the student (like with Bakugo). So next week should be a fun episode.

On a side note, I did get a good chuckle from Ochaco and Gunhead’s conversation. But I did enjoy the contrast between that and Deku’s side of it. Ochaco had the cute embarrassment you’d expect. Clearly she’s developing romantic feelings for Deku and the boyfriend line would startle her. But then you go to Deku who is also freaking out because he’s talking to a girl on the phone XD. While romance is almost never a focus in these kinds of shows…I don’t find it hard to see these two getting together down the road somewhere.