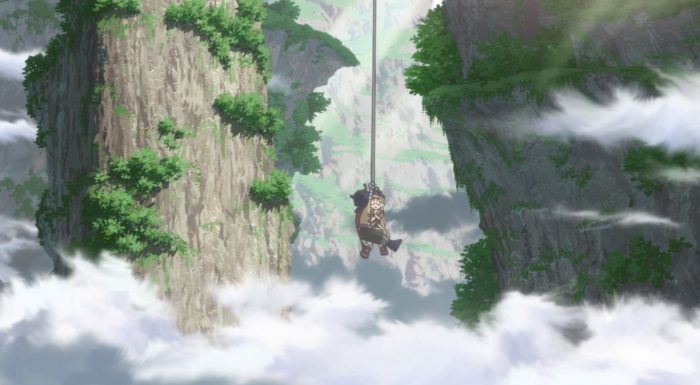 Ayup, although this week’s episode ended only with Riko and Reg finally reaching the Seeker Camp proper, we finally got our first taste of just how downright deadly the Abyss and it’s denizens are to humans who dare make their way into it’s depths. It’s interesting, too, that most all the animals we have seen thus far (with the exception of the last week’s “silkfang”) seem to be flying creatures of some sort: the “crimson splitjaw”, the “hammerbeaks”, whatever the huge thing was that ate a hammerbeak and which the hammerbeak flock attacked in return in episode 2, and in this episode the “corpse weepers”. 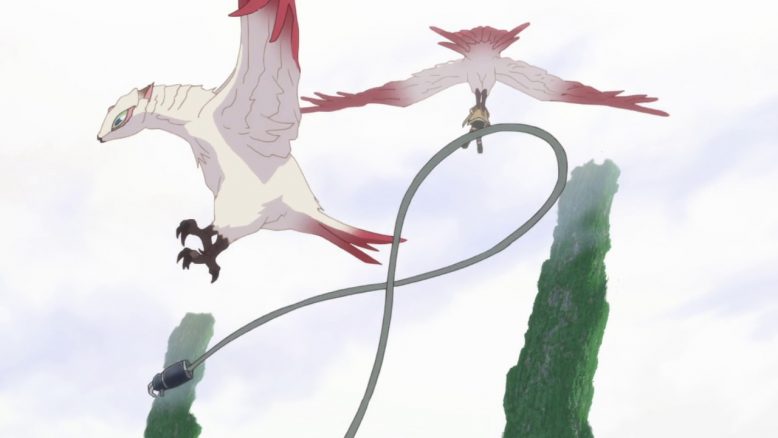 Possibly one of the most unnerving aspects about the corpse weeper birds is that they are cunning and operate in groups to take down prey (in fact the old corpse Riko and Reg come across is that of a presumably fairly freshly killed abyss delver); monsters before now did not display this sort of intelligence. But be assured that this is only the beginning – I can assure you as a manga reader that this sort of thing is definitely the norm as opposed to an exception from hereon out. But Riko nearly being carried away by the corpse weepers and fed to their chicks was not the only problem here. 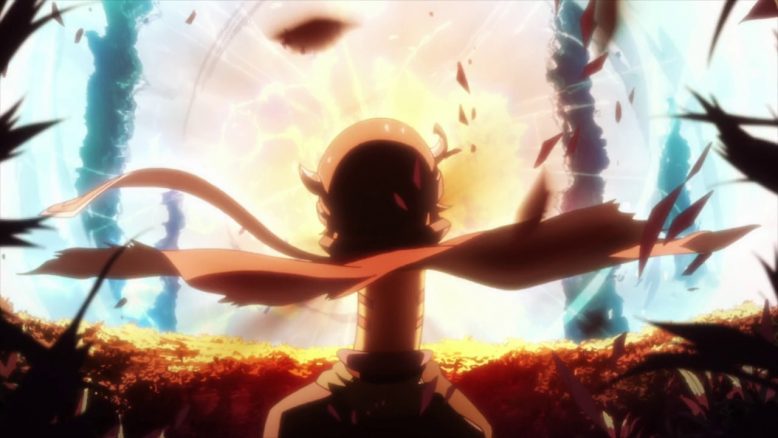 What made all this worse was that the nests of the corpse weepers was located high atop rock, needle-like pillars, which meant that as Riko was being carried upwards the curse of the second level of the Abyss affected here, and quite quickly. As we learned in episode two this layer’s curse involves “headaches, nausea and numbness of the extremities”. The monsters themselves did not seem to be affected for some reason, and what’s more after Reg saved her (wiping out the landscape and birds in dramatic fashion – good thing he did not hit Riko with his beam) it took her quite some time to recover. 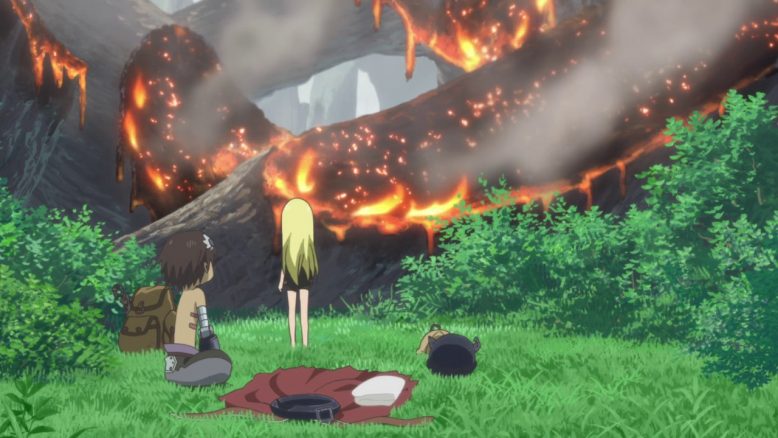 I have heard the swift reaction of Riko to the second layer’s curse catalyst a fair bit of speculation in the wake of this episode. What exactly is going on with these “curses of the Abyss”? Is it roughly akin to the effects a diver in the ocean experiences the deeper he goes? What is the nature of the curses themselves? Are the some sort of magical area-effect spell that afflicts only humans somehow? If so, who or what placed them there? Well, I can assure viewers that the source manga does indeed eventually bring answers, and answers that were very unexpected and made a lot of sense … even answers that will make sense in the light of some of the tidbits of info Riko dropped about the Abyss itself in this episode. 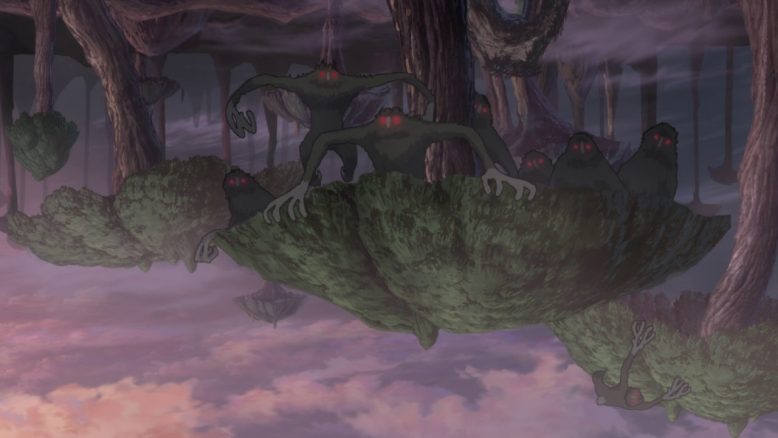 After making their way out of the central parts of the “Forest of Temptation” and heading towards the Seeker Camp (which seems to be located far to the edge of the Second Layer proper) they fortunately come across creatures that are not aggressive at best or just aggressively wanting interlopers to go away – like the vaguely monkey like “Inbyos” who drive Reg and Riko away with stones and give chase until they leave what they regard as their territory. As the main pair finally approaches the outskirts of the Seeker Camp we are shown what appears to be a young girl watching them through some kind of telescope of some sort – and Riko does indeed confirm that the Seeker Camp is reputed to always have someone watching at the latter device around the clock. 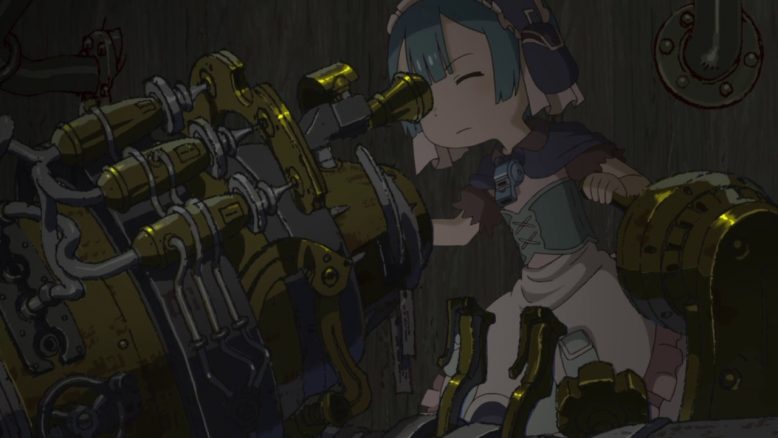 It is at the very end of the episode that we finally meet Ozen the Invincible in all her glory (VA’d by veteran Ohara Sayaka of all people) and yes – the deadpan facial expression, the emotionless, flat voice, and that inhuman ambience wafting around her just barely visible at first glance … just … wow. Next episode we will finally see her in more intimate details and perhaps even be given the faintest glimpse at some of the results that take place when one peers into the Abyss. (Cue dramatic music.) Gah! I can’t wait! XD