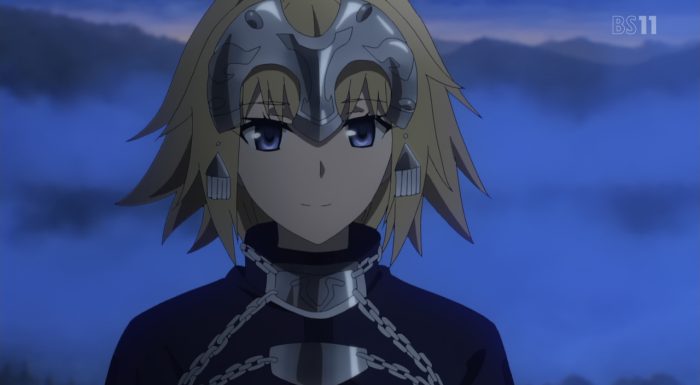 I give congratulations to Sieg for finally getting a name. That is certainly the first step for him finally starting his life for real. So long as others identified him as “the homunculi” there was a limit to really becoming his own person. And it makes sense for him to go with that name. Clearly he has a very close connection to Siegfried. Obviously having his heart is a major point in that. But it seems like that action could have precautions that no one could predict. That visual of him and the dragon being the first sign of something more going on. The first episode now seems to hint that he may gain the ability to turn into a pseudo Siegfried. His life isn’t going to be simple no matter how much he or Jeanne may wish for that to be the case. 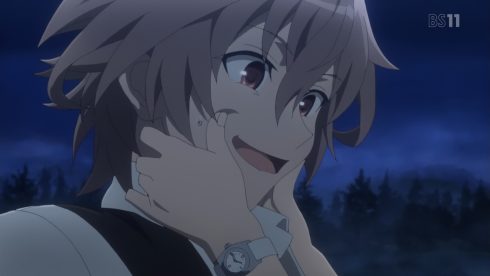 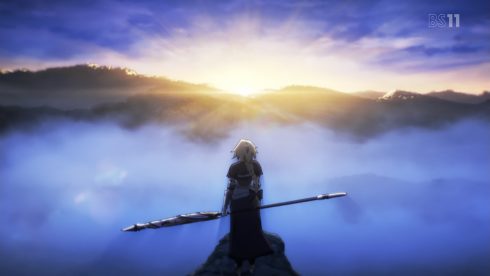 It is pretty understandable why Jeanne lied to Sieg. It just feels like a cruel thing for him to stand and bleed on the battlefield. This guy has barely gotten his life started. There was a requirement for a legendary hero to sacrifice his life and another to face punishment just for him to get this far. He doesn’t really even know himself or what desires he has yet. And yet destiny seems primed to drag him into the battlefield. Even giving him a night of peace and hope is probably worthwhile. And I also respect how Jeanne wants to stand up to destiny. I’d presume her abilities let her see Sieg’s future in that moment and she refused to let things play out like that. Obviously fighting against the inevitable is likely doomed to fail, but I respect it.

What is uncertain is Sieg’s future. What exactly will force him back to the battlefield? Is Caster and the Black Faction going to continue hounding him? Will he decide to go and fight for the grail in order to free the homunculi? I’m just not sure what forces would drag him out of a quiet life. Anything could happen, but for now he seems to be free to do as he pleases. In some ways I am curious how the heck Jeanne managed to convince that old guy to let Sieg stay there. The power of a smile is apparently pretty OP XD. 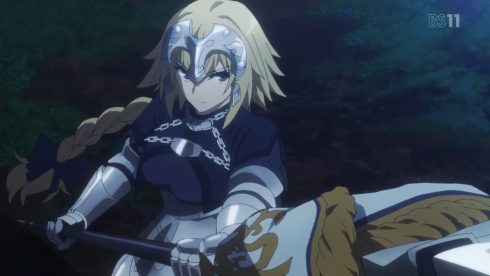 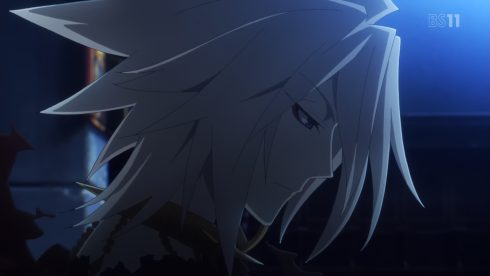 I did like seeing how Jeanne stood up to the Black Faction and helped Sieg get away. One character that really needed some fleshing out was Ruler herself. You can get the feeling even she has regrets for how things played out. The woman who followed the voice of God and fought for her country is now giving that kind of advice. That she doesn’t want Sieg to just find a divine meaning for his existence says quite a bit. Maybe she would have liked to have made more decisions for herself than trusting what a higher power told her. It’s also kind of interesting how Karna was willing to pick a fight with Ruler, but Chiron was more like (we really shouldn’t do this). Maybe it just reflects a different mindset between servants and between factions.

Once more it is just made more obvious how messed up the Red Faction is. The priest just straight up lying to the other masters and making them give up their command seals. It is a bit of a shame since one interesting aspect of this war is having so many different masters and servants. But almost all of the Red Faction masters are mindless zombies. They put faith in this priest and now are in that terrible state. Well that is how it goes sometimes. At least the priest is overly creepy so it hasn’t surprised me in the slightest. 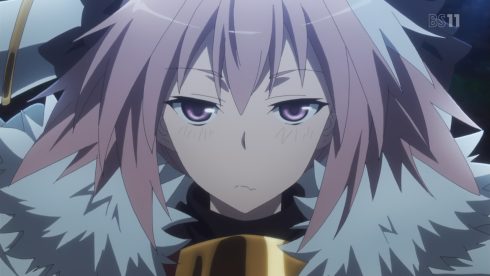 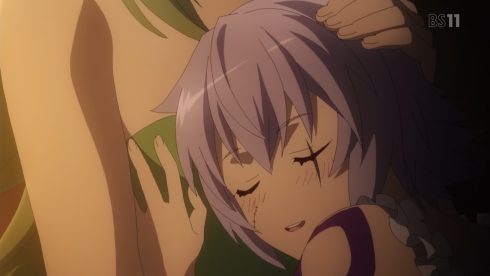 I continue to have full respect for Astolfo. That was a courageous stance and I respect him standing for his ideals. His master may not approve, but I really don’t care. I also enjoyed seeing Siegfried’s master lose it. That idiot deserves to suffer the weight of his incompetence. At least Vlad is on point with not keeping the punishment going for too long. There is no point in antagonizing one of your own allies when they have no regrets. I also like how Berserker’s master has the right idea. Heroic Spirits aren’t just pets or slaves. They have their own thoughts, ideals, and sense of justice. If you simply ignore them and what they stand for….you get a result like this.

The interesting wild card right now is Jack the Ripper. I didn’t realize it before that the dead body we saw….was her master. I mean damn, their assassin killed her own master without mercy. Though I do wonder why they summoned her so far away. Either way it seems she found a new ‘master’. I’m curious how the heck these two met up. Who the heck is this woman? Is she a legitimate mage or just someone who came upon Jack accidentally? Regardless, this servant considers that person her ‘mother’ and now they could very much throw events into chaos. Should be interesting to see how things unfold with Mordred, Berserker of Black, and Chiron all heading to investigate the same area.