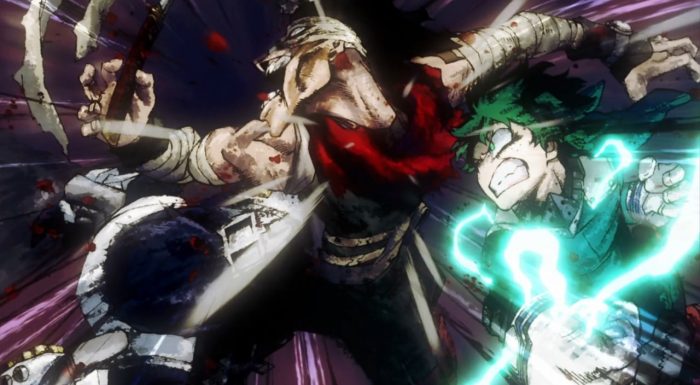 There’s no doubt that Boku no Hero Academia delivered an exciting fight against Stain this week. The buildup worked well and by the end of the episode even the main cast just needed to sit down. A kind of end result that just made everyone in that situation go “holy crap.” Stain proved himself to be an unbelievable threat that no one could truly prepare to face. It was his insane tenacity and mission that truly made him dangerous. Of course the same could be said for his combat experience and ability to think quickly during a fight. His quirk is incredibly dangerous for a 1v1 situation where the other party doesn’t know how it works. He’s a top notch ambush predator. Of course Todoroki is right that in general his quirk isn’t that impressive. When the fight develops more and more into a complicated situation he loses his advantage. 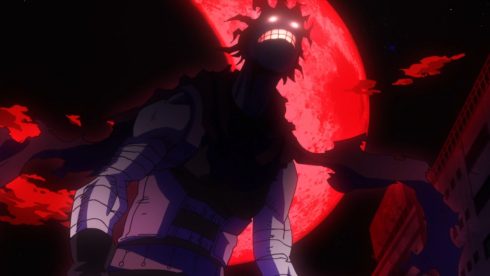 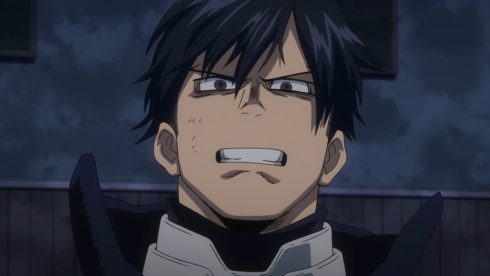 The key was adding Iida to the mix. Not only did that just anger Stain, but it made things harder for him to manage. The more people involved means he has to account for the different periods of time he’ll be able to paralyze someone. Iida standing up also clashed hard against Stain’s personal beliefs. It’s funny that he can see the value in someone like Deku or Todoroki. He can recognize their potential and just focus on killing the fakes. But Stain just doesn’t get it. Todoroki this season was very much on the wrong path and Stain wouldn’t have recognized him during that time. But the changed and now is aiming for his future. One of Stain’s greatest flaws is that he can’t see how people can change. He has ideals about the greatness of heroes, but doesn’t believe people can be better, just denying Iida that chance.

That is the flaw of a lunatic who thinks killing people is acceptable to create the social change he desires. Iida made bad choices and went down the wrong track. But that doesn’t mean he can’t get back on the right one and be a great hero himself. He still has room to grow and has grown during this encounter. Stain locked himself into his anger and became blind to the potential of those around him. I wouldn’t be surprised considering his reaction to Endeavor that he is the core of it. Someone like Endeavor is full of arrogance and isn’t near the ideal of a hero. He’s the kind of guy that creates a family simply for his own ego and abuses them as a result. So I could see him having an encounter with Stain that drove him to villainy. It’s only speculation though. 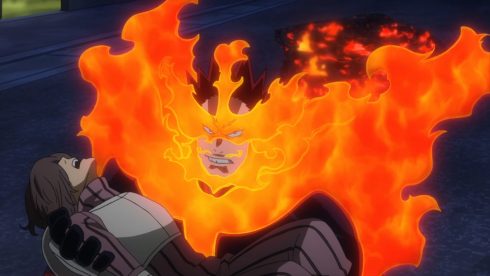 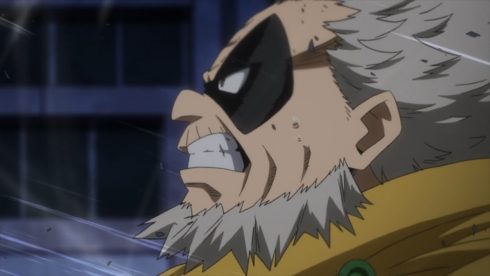 If nothing else this episode did show how capable Endeavor can be. There is no doubt that this guy is a total scumbag as a person. I have no interest in ever liking his character in general. But hating him as a person is one thing and looking at his abilities is another. He did handle things pretty well overall. Gran Torino and Endeavor handled that one Nomu fairly easily. Then Endeavor raced in and took down the problematic one solo. The other pros just couldn’t handle that Nomu and needed someone like that to help. It shows why he is the #2 hero that he can pull off things like that. Endeavor even managed to save one captured pro using his skills appropriately.

While that Nomu did escape (to be killed by Stain later) he did save that one person. It shows his knowledge and ability to make full use of his quirk. Doesn’t mean he isn’t a horrible human being, but it does show what he is capable of. And at least he is competent about doing his job. When Todoroki ran off on his own, Endeavor did listen to him. Considering the person he is, Endeavor could have just ignored his son. But as a pro Endeavor listened to Todoroki and knew that he wasn’t running off for no good reason. So when he did handle things he made sure to send heroes from Gran Torino onward to back up Todoroki and company. While the kids did manage to win the day by themselves, that help was important to stabilizing the situation a bit. 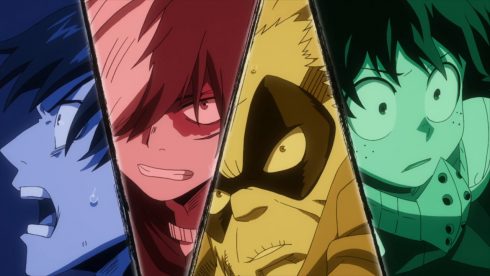 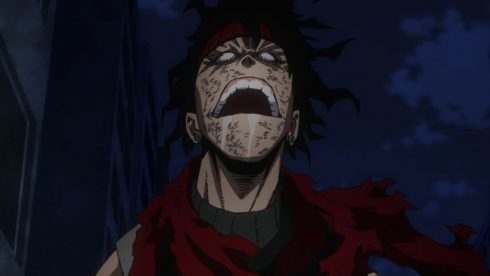 This was a pretty wild episode. Stain still managed to steal the show in how he broke free and killed that Nomu. In the end Tomura’s antics didn’t do much but let Stain show off. While Stain was a crazy monster, he was an intimidating one. This person was obsessed and utterly believed in his ideals to the extreme. It is true that All Might wanted to be a symbol of peace, but that doesn’t mean he wanted heroes other than him to be seen as disappointments. I’m proud of Deku, Todoroki and Iida for getting the job done. In a lot of ways the Hero Killer isn’t likely to be the toughest threat they ever face. What he did represent was the dangers of the pro world and how far they have to go. They all have room to improve. I don’t have any doubt though that they will.

Awesome episode! It should be interesting to see the aftermath of this event. A big success for the UA trio, but a very dangerous situation at the same time. At least Stain was left in an easy to capture state.