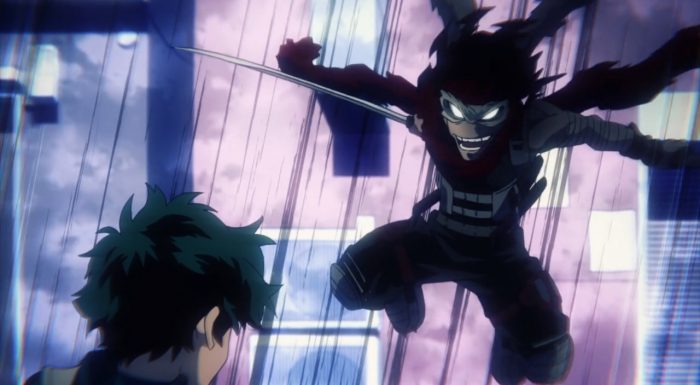 The fight against Stain has begun in earnest and you can definitely feel the desperation. This is someone who has either maimed or killed numerous pro heroes at this point. If Deku and Todoroki were having an easy time against this guy that would be shocking. He knows exactly how to use his quirk to the fullest and clearly has a lot of experience fighting different types of opponents. One would expect Todoroki to have a good advantage in terms of range and power, it definitely hasn’t been easy going. And honestly they are ending this episode very much just trying to survive against Stain. Having Iida potentially rejoining the fight that would definitely help in their efforts to keep this guy at bay. Still, it is not going to be easy going with someone who is that dangerous and is willing to kill. 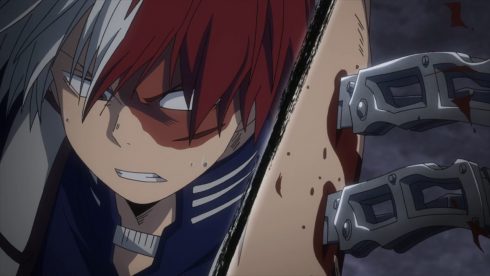 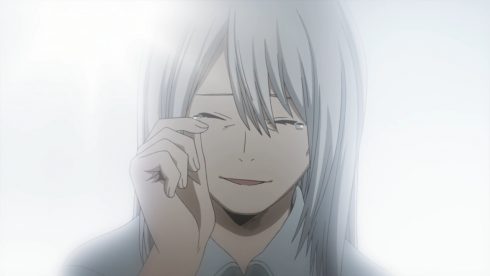 I like how this really is an important moment for Deku and Iida, but also Todoroki. This allows us to see where his growth as a character is right now. It is good to get the overall message of how things went with his mother. Definitely was a meeting both of them needed and of one that should help both moving forward. They both needed to talk, apologize for various things, and accept each other. All of that is a good sign for Todoroki’s efforts to get his mother out of that mental hospital and let her live a real life again.

It also shows his maturity in going to his father’s office. I love how takes things as they are. Endeavor is a scumbag. Todoroki knows that and we know that. But he is also the current #2 hero and there are things Todoroki can gain from this. Seeing how his father does his work and learning to control his total quirk better can only benefit him long term. Endeavor is a horrible human being, but he’s good at his job. He quickly figured out the situation with Stain and put himself in a position to be able to try and track him down. He wants to be in a place where he can bring this guy down. Sure it is likely all for his fame and credit, but at least stopping Stain would save lives. 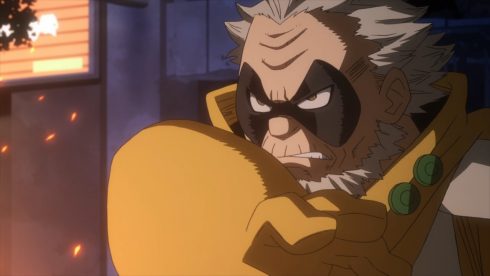 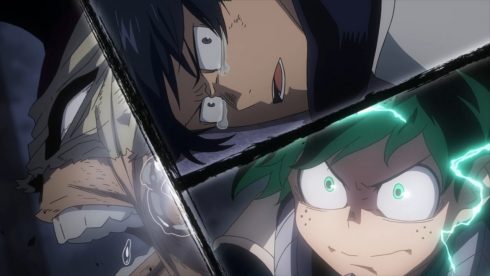 Things are getting pretty crazy in the city though. Kind of scary that whoever is supporting Tomura has six Nomu ready to go. Thank god he only let Tomura have three of them for this crazy activity. Also a good thing that none of them are on the level of the one All Might sent flying. The only person in that case that could do anything against these things would be All Might himself. Props to Gran Torino for handling things as well as he did. Frankly outside of Endeavor no one has put up as good of a fight against the Nomu. Not bad at all for someone that is clearly pretty old XD. Of course arguable that Deku could use his help right now since they need someone able to keep up with Stain’s movements.

Luckily for the good guys in that alley that Deku has a quick mind. It is true he could have handled this even better if he was able to drag a pro hero with him in his search. But, at least he bounced back pretty well by using his phone to draw attention to him and resulted in Todoroki showing up. The two of them putting up a pretty good fight all things considered. Deku showing off what his full cowling can do and Todoroki really starting to tap into his real strength in using fire and ice. The downside is that they still can’t win. Deku’s new ability does upgrade his speed and power from his base level, but it is still only 5%. His punches lack….well punch. They can do some damage, but he doesn’t have the ability to KO this guy without a stronger smash. 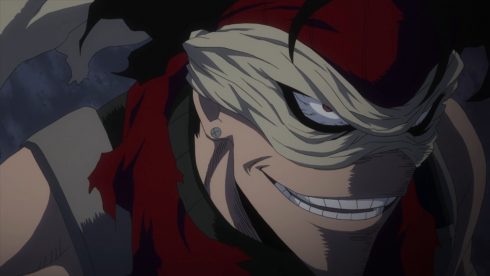 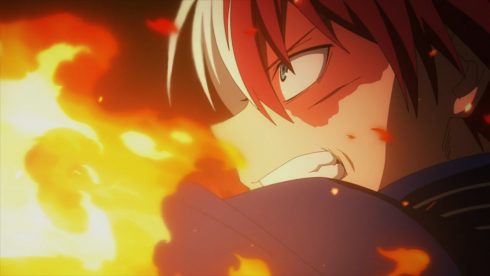 They really capture the fear of fighting someone like this. His quirk makes it so every injury could be devastating. You can’t let him lick your blood or else he will paralyze you. The blood type thing is interesting and very Boku no Hero. This guy doesn’t have just a simple ability, but rather it has a time limit that depends on your blood type. So a Type O like Deku can get back up and fighting faster than the Pro Hero that is down. Iida should be getting up sooner or later since his blood type is A. But, how effective he will be depends on his mental state. Iida has let his anger and rage drive him. He’s been steadily moving away from what a hero is supposed to be. Deku and Todoroki are giving him a quick refresher course in that sense.

It really can’t be said enough how scary Stain is. He takes every advantage given to him. If Todoroki is too firm in his ice defense it impacts his vision and allows Stain to attack from areas he doesn’t expect. And he can score the smallest of cuts in close range combat against Deku. Both of them are individuals with extremely high potential as heroes. But against an experienced villain like this they are really struggling to hold on. With Deku down by the end of the episode it will be up to Todoroki to hold the line somehow until backup can arrive. Not sure if it is feasible for All Might to race in to save the day again, but that would be helpful. I just can’t wait for next week and seeing how this all plays out.