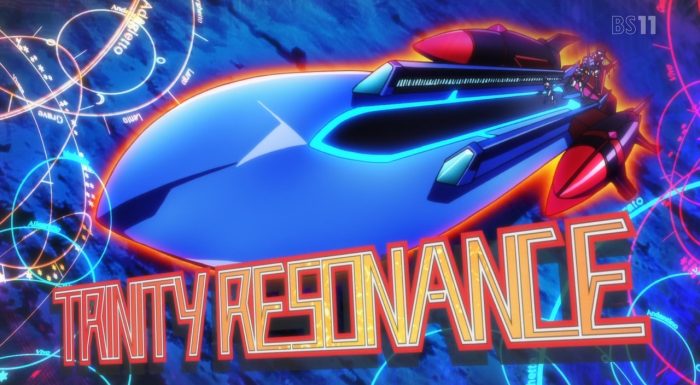 We’re starting to get a better picture of what the Illuminati is after and where the story is going this season. Things have advanced on the villain side with us getting to at least hear from their leader Adam and having Tiki awaken. So she is another autoscorer, though it’s very possible she predates the ones Carol made. Regardless she’s another autoscorer with a quirky personality. Though I’m sure it is ideal for their side having her be totally in love with the leader of the Pavarian Illuminati. A pretty good means of keeping loyalty. This episode seems to confirm they are going to literally pick a fight with God and potentially take care of the Curse of Balal. The curse of course being what created the various languages of humanity and keeping us from the unified language we originally had in that setting. 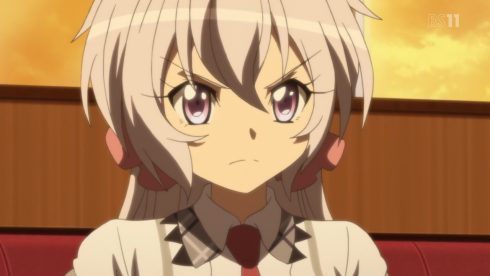 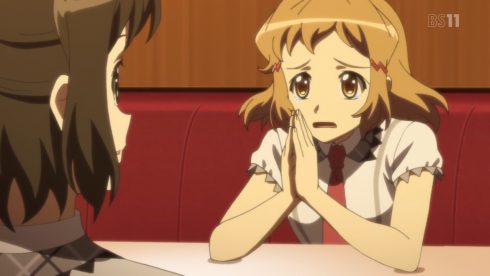 In some ways I’m impressed that they aren’t just having everyone ignore Chris. It just feels like something they could easily have gone with. Just letting her stew with her thoughts and have no one really reaching out. Instead this season has had Chris and Hibiki paying a lot of attention. They know what she’s been through and how her mind works. Even Hibiki avoids a classic mistake of keeping everything from Miku and instead confides in her. And to the credit of Chris she’s so far handling alright. It is weighing on her, but she isn’t regretting her choice. She knows that if nothing was done that Stefan would have lost his life and not just his leg. It was a cost, but a better one than if she had done nothing. So everyone is on the same page and Chris knows they are looking out for her.

Of course there is always potential for drama later on. Tsubasa made the point that the Stefan decision was a moral/just one for Chris. For her it was absolutely the best call to take out the leg instead of letting someone die. For Chris life is the most important thing. That’s something realistic considering how much she’s lost in her life. I suppose this could lead to a clash or conflict with the Illuminati. For them the lives they are taking are necessary for a greater goal. Potentially it is a moral decision for them to let some die in order to defeat God and free the world from his curse. Regardless it is hard to put that much trust in people willing to kill so freely with a mysterious boss. Though a fair argument on his part that you don’t need to understand how the symphogear works…just destroy them. 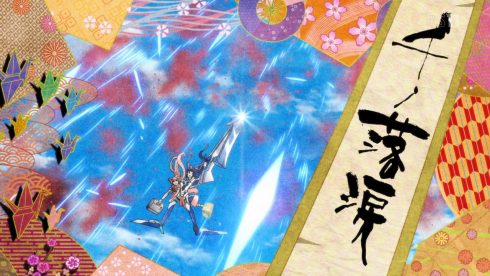 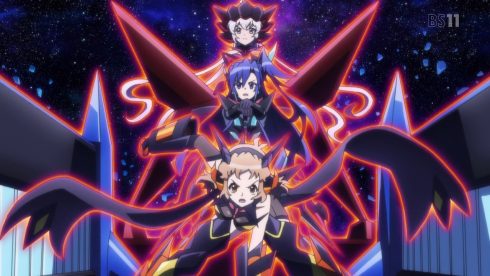 The action was great as always and they are keeping the flow going strong. It was a lot of fun watching Tsubasa in her aerial battle and then the trio fighting against the special alca-noise later on. Considering Tsubasa’s gear isn’t really built for aerial combat, she did a pretty darn good job. It was all the more chaotic with her having to try and protect Maria along with herself while falling towards the ocean. Her new song is good. Although like always will have to hear it a few more times before really being able to compare it to what we’ve gotten previously.

No complaints about the other fight we got either. I do like the new trio song. It was also a good chance to bring back use of the Ignite Module. It makes some sense that with the time limit they are holding off on using those except for cases where they are absolutely needed. And I really like both how the alca-noise are being kept relevant and how the main characters are using their heads. By introducing rare types of alca-noise you can raise the threat level a bit more. Without the Ignite Modules they would have been trapped in that space against an enemy they couldn’t defeat. But I also liked how Elfnein stepped up and used her head along with Chris finding a way to map out the space they were in. Simply mindless action is alright, but it is fun when they make it interesting. 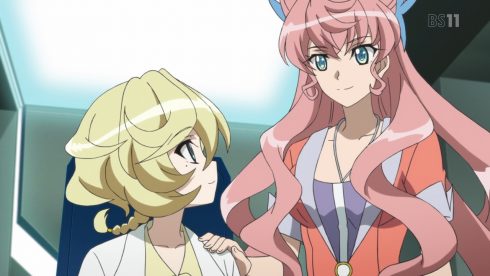 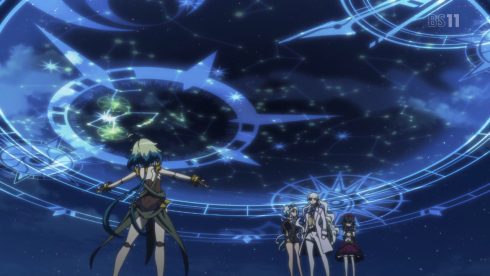 In the end this was another really good episode for Symphogear. It is kind of funny how the previous enemies have left the cast the tools to survive here. Ver’s new Linker formula is bound to come into play, the symphogear Finé created is proving to be a pain for the alchemists, and Carol giving them the Ignite Modules (via Elfnein) allowed them to make it through this latest fight. Still it isn’t like the alchemists are going to slow down their efforts. Right now their prime goal is getting the Symphogear users out of the way. Then they can start working on their plans against God.

At this point the main cast is at half-strength with Maria’s team being unable to safely use their gears. The key is going to be doing something about that problem. Either they need to move beyond the need for Linker or Elfnein needs to get the new formula done. Maybe it will be both. Ver’s new formula could be a one shot treatment to make them no longer need Linker.