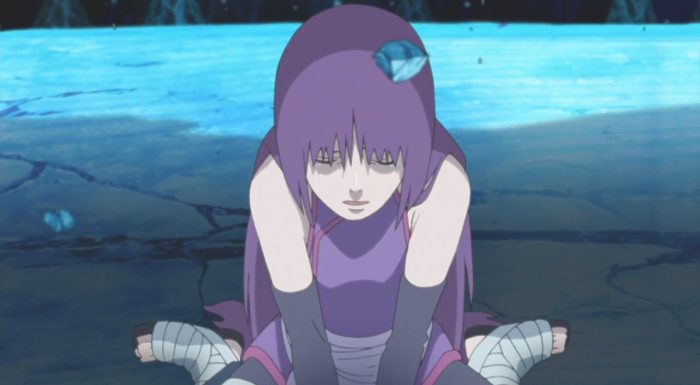 After two awesome episodes, Boruto settles its first story arc with a pretty standard, solid conclusion. Cheesey, feel good and with a touch of emmotion, I’d say Boruto finally felt like a show that’s worthy of the franchise that it continues to move forward so vehemently. While this first arc is nothing to write home about, nor are there any major twists and turns until the very end, I’d say Boruto has done enough to earn its somewhat happy ending, a real “first” for the series. 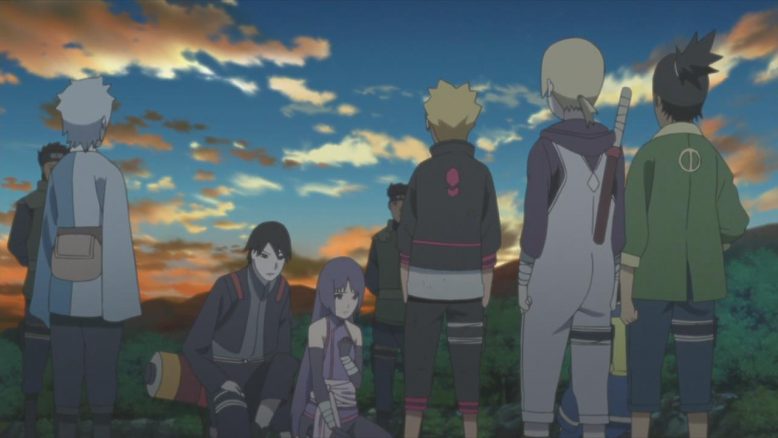 I really liked how in the end, Boruto was able to save Sumire and bring her back, all while working in tandem with Mitsuki. Similar to a few episodes back with Sarada, we got our first real team up between Mitsuki and Boruto, and boy was it fun to watch. These are two kids who just seem made for each other, as comrades, as partners and most definitely as friends. Boruto can approaches everything with so much heart, while Mitsuki has the caution and cold hearted logic, and both of them really do balance each other out.

In  the end, it took both of them to really put an end to Sumire’s onslaught and war path, which, for all intents and purposes was flimsy at best. I think it was clever of the show to use the seeming lack of build up of Sumire as the villain, to its advantage, arguing that Sumire was never into the whole revenge thing to begin with. 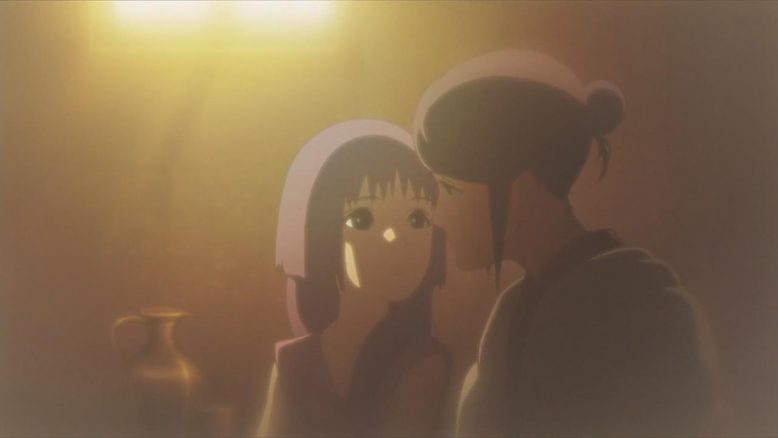 Does it redeem her for all the pain she did end up causing? No, but I do think that Sumire’s young enough where she deserves a chance to start over. If there’s a villain in this story, it has to be Sumire’s father, who was so caught up in Danzo’s twisted idealogy that he ruined his daughter and used her as a tool. I don’t think a child who’s been raised in the sort of situation that Sumire has, really deserves to be held responsible for all her actions at this age.

Sai and Boruto both seem to agree, and the show in general has given Sumire a chance at redemption. She hasn’t actually KILLED anyone, and while she did come close, not actually doing it does matter for something. There’s the sort of signature Boruto “its all too clean and good to be true” here, when even Nue itself turns out to be a cute big cat that sees Sumire as its mother, but again, for the first time in the series, I’m inclined to let it slide and give it to the show. 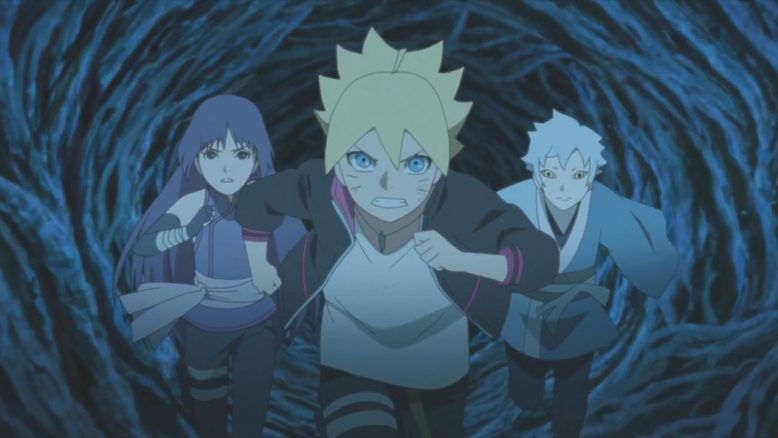 If nothing else, Boruto has managed to make me care enough about Boruto, Sumire and Mitsuki, to the point where I really did want a happy ending for all three of them. So while it’s nothing revolutionary, I’m not complaining about everyone making it out of this one scott-free. If nothing else, I feel like Sumire IS still at a point where she can’t exactly go back to adopting the Persona that she’s been using.

Which does lead to an interesting question, what does happen to Sumire? I mean, we don’t see her in the Boruto movie, so she’s definitely somewhere following this. You could argue that she’s just a Genin going around doing missions at that time, but my suspicion is that Sumire is indeed going to go away and start fresh. Its not a fitting ending, to be honest, because if nothing else, I feel like Naruto in his time has fixed enough people (Neji, Gara come to mind) that Sumire could very well still stay in Konoha. I’m sure its not what the show will end up doing, but I kind of want to see Sumire stay on in Konoha, and see the fall out and change in her after the events of these last 13 episodes. 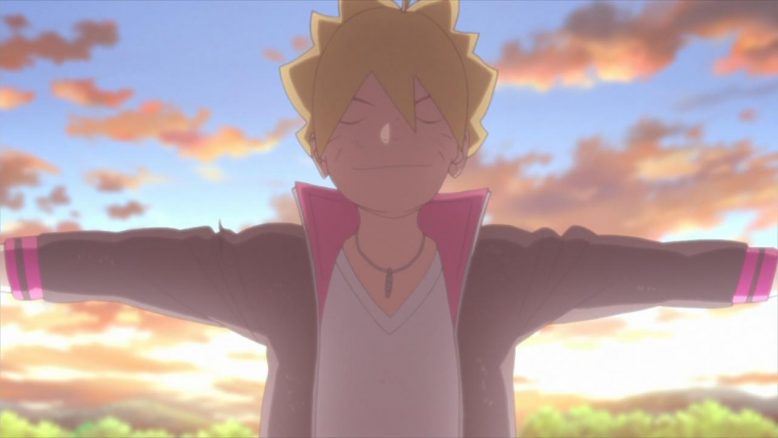 And before I do finish talking about this week’s episode, I’ll throw out a compliment to the production itself. The animation felt particularly strong this week, and while the fight sequence itself wasn’t all too great, the camera angles and motion itself looked pretty sweet. We’re still quite far out from the level of Naruto Shippuden, where fights and battles were a definite highlight of the story themselves, but I’ll take what I can get here.

For a story that isn’t being handeled by Kishimoto, I’d say this is a pretty decent showing right here. I can give the people involved with Boruto a pass for the first cour, but only if they continue to improve upon whatever they’ve built thus far. While the last two episodes may have made the arc overall worth it, we were in dangerous bad territory for a few episodes there. I don’t think Boruto can afford another string of terrible episodes, so I’m hoping that the series and its creators have made it through the growing pains. 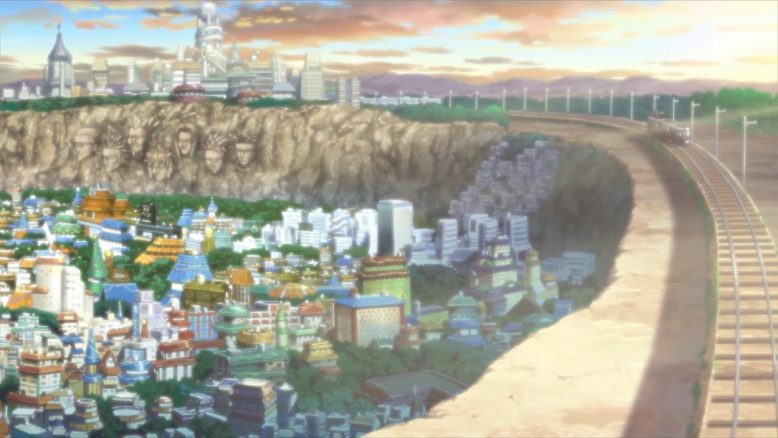 Boruto’s got a lot of work to do if it wants to reach the heights and level of its predecessor series. There’s definitely a potential and a foundation there though, and I think if these last few episodes prove anything, its that Boruto can do it when the show really tries. Here’s hoping we see more of that, moving forward.