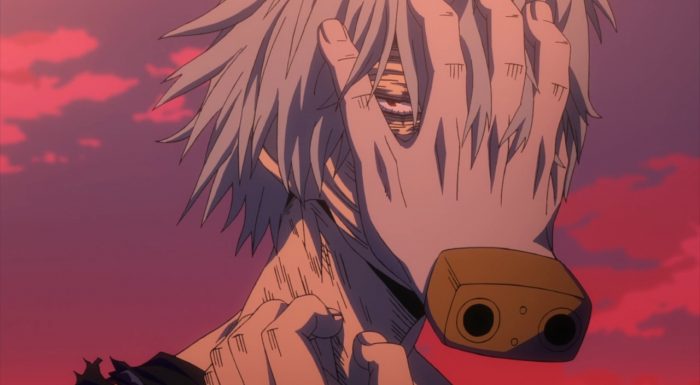 I still love how this show just doesn’t waste time. We could have even more time just having Deku get used to his new technique or focused an entire episode on the other characters during their internships. In some ways I wouldn’t have minded that, but keeping the focus tight to the Hero Killer is a good idea. We’re keeping the episode tight on the most emotionally charged character while still allowing Deku to keep growing. It’s also an important time for Iida. He is walking a very fine line right now. If he can’t keep his head (which isn’t going great so far) then while he may manage to avenge his brother he’ll lose his future at the same time. This isn’t a profession which allows for straight up revenge. 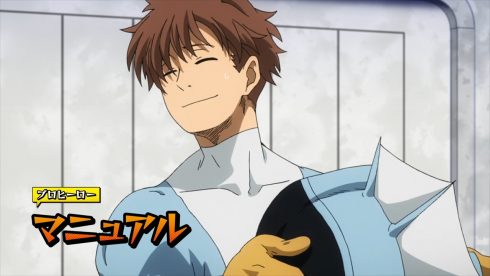 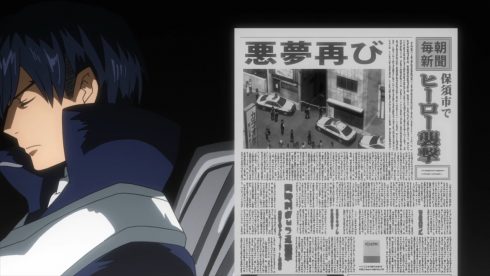 The world building aspect was pretty interesting in its own right. A fair point made by Manual that they have a specific role in society. They don’t have the authority to arrest people and quirk usage has a specific purpose. They aren’t the exact same as superheroes we know from various other stories. And in that sense I guess this may be the point of Stain? Maybe? By making it an official occupation some of those heroic qualities are compromised. At least I think you can take that away from what he said later in the episode; that they aren’t doing this for classic reasons but rather for money. I’m guessing he doesn’t think revenge is much of a good reason either since Stain seems prepared to kill Iida at the end of the episode.

But at the same time Iida poses a fair point to himself. What is he supposed to do with these feelings? The anger he feels about what happened to his brother is a legitimate reaction. But that’s the question any relative to a victim can feel. It’s hard to just live with it and do nothing. In general you have to peacefully work through them. Especially when you feel like you have the power to do something about it. Also shouldn’t Stain acknowledge that revenge is a kind of classic hero motivation? I guess it depends on this world’s background, but there are a fair number of heroes or anti-heroes that got started for that reason. I guess he might have a narrow idea of what makes a hero. Regardless Iida is overwhelmed by his feelings and clearly doesn’t know what else to do with them. 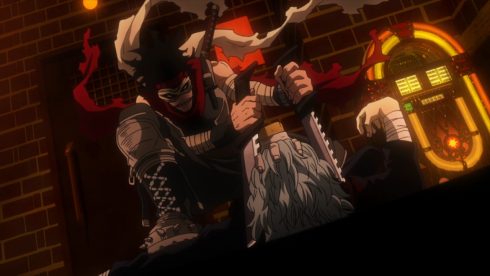 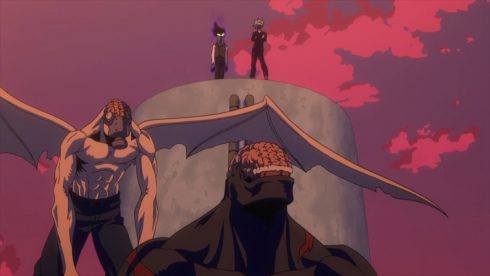 I like that Manual tried to talk to Iida. Sadly didn’t have the self-confidence to push the issue. He’s a good person, but not that confident. He probably acknowledges that individuals like Iida have a brighter future and are capable of being far more impactful heroes than he is. Still, he did figure out why Iida was there and had a good point. It would be throwing Iida’s future away to just go after Stain for revenge. I just wish he was willing to really scold him on that front. Iida didn’t need a soft approach when he’s like this. But, no one is perfect. I don’t blame him for losing track of Iida during that emergency. Even once he notices it isn’t as if he has time to hunt him down, lives are at stake here.

And those lives are at stake thanks to Tomura being…a lunatic. He got lucky in that Stain decided to wait and see how his bud of villainy grows before killing him. I did like how he called Stain’s efforts a grassroots movement. He goes from city to city killing or injuring heroes and then moves onto the next. All the while he seems to be trying to send a message about what he doesn’t like about the current generation of heroes. Maybe the only hero he truly acknowledges is All Might, since he did say he only wanted or would only allow that person to stop him. Now he’s just unleashing terror in part to try and kill Stain and in part to get in the way of his goals. Talk about being petty…Calling Tomura a child is pretty on point; his maturity level is incredibly low. 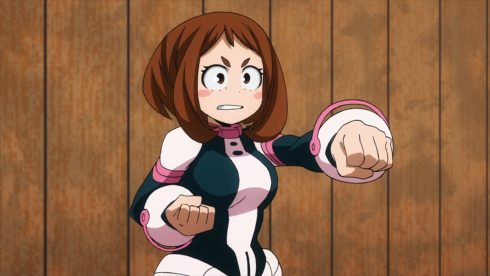 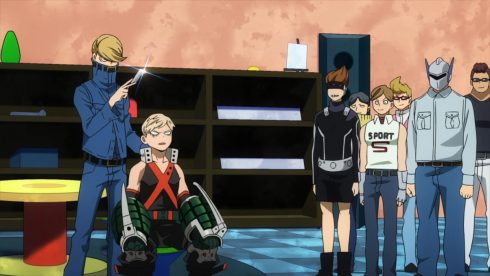 There are a lot of minor points made in this episode that are interesting. All Might’s discussion with his police friend has some curious implications. We’re getting a peak at that mysterious voice behind Tomura (ok well last season there were two mysterious voices). And frankly the revelation that Nomu was actually a regular person at one point is scary. I was just presuming he was a monster created from scratch in a lab. Instead…he was a thug who was mutilated, experimented on and turned into this mindless monster. There’s nothing left of the person he was outside of DNA. He’s utterly mindless and thoughtless. And now we can say that’s true for the other Nomu monsters we saw released at the end here. It’s scary both that a person could do that to another and that they would be willing to do it.

The fun part of the episode was seeing Deku work on mastering Full Cowling which kind of became a secondary part of this post XD. He’s going to need time to master it, but it’s got great potential. The problem right now is that he can’t easily hold it when someone hits him. It’s kind of a problem, but one I’d guess he can overcome with time. I also liked seeing the various internships. You can tell that Ochaco made the right choice for hers. She is getting exactly what she wants in learning new skills and growing. Momo…didn’t really make a good call. She’s turned into the entourage for someone else. Sure she’s learning about that side of being a hero, but it doesn’t help her grow right now. Bakugo is…not having a fun time. Though it may be good for him long term. 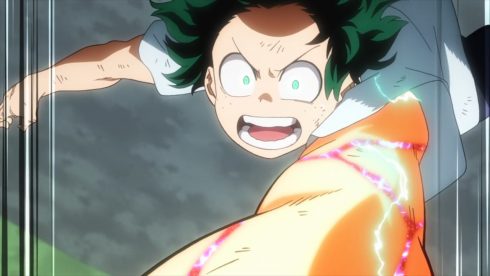 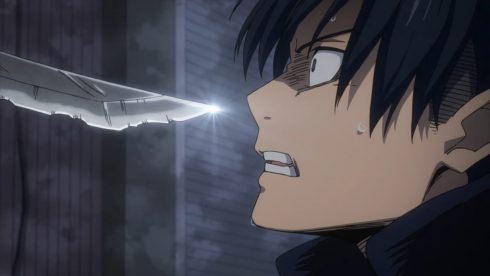 In the end this was a pretty darn good episode. It was fun seeing Deku using his new technique. It’s true that when he has this down he’ll be a completely different person than when he fought Todoroki. Instead of busting up his fingers he could dodge and go on the offensive much more effectively. The future really is bright for him. Well so long as he lasts the night…with Tomura unleashing those creatures’ things are going to get dangerous. Things are already dangerous where Iida is. We still don’t really know what Stain’s quirk even is. But we can presume it paralyzes people. Something pretty darn horrifying when you are fighting a serial killer…I’m sure we’ll get the full picture pretty soon as Iida takes him on. Can’t wait for the next one.