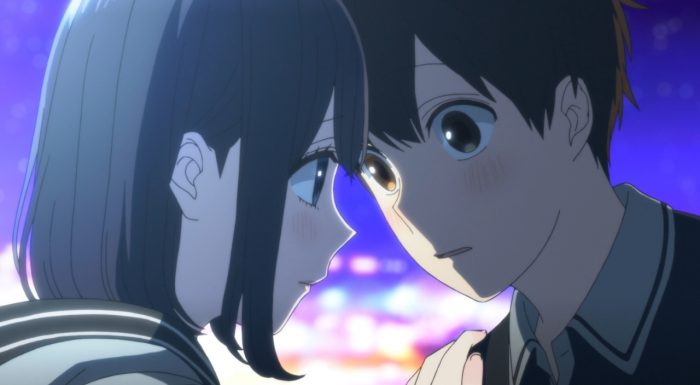 One thing that caught my attention for this series is the setting. This is one of those times where a show throws out an idea that we are very unlikely to ever see in reality, but takes a look at how some people would react to that. I wouldn’t even say that Koi to Uso is going too far beyond. It isn’t as if various countries haven’t had or don’t currently have some pretty extreme laws. If the overpopulation problem in China led to laws limiting children then maybe a dwindling population problem could go the other way. There are plenty of countries dealing with serious negative population growth. Most of the countries that deal with that can simply turn to immigration. In this case Japan went with a more extreme point of view. If people couldn’t arrange their own marriages….the state would do it for them. 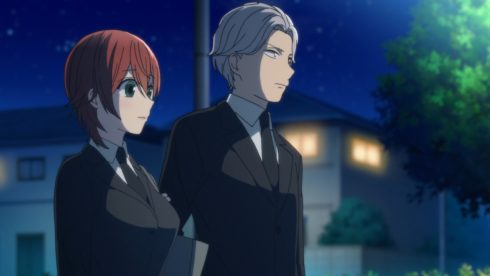 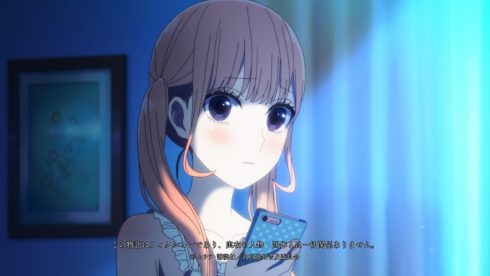 Of course there are some serious problems with this idea that made me interested in talking about it. The basic rule seems to be the state setting up arranged marriages and putting people together. What about those interested in same-sex relationships? Would forcing people into marriages that would likely never result in children do any good for anyone? This sounds like a concept that could really drive up rates of suicide and people leaving the country. Just taking things at face value it seems like Yukari and Misaki would be the type of people pushed into doing something extreme out of despair. For some I could see arranged marriages meaning nothing to them. But for others that already have strong feelings it is a pretty horrible situation.

I could just imagine a lot of ways they could change up that system and avoid driving people crazy. Just open things up a little more to choice. The problem is people not having kids right? So just allow those that fall in love naturally a chance to petition to be taken out of the pool. If that means you have to make the choice to stay with that person long term, well…such is. It’s still a very extreme system, but one with a bit less chance to drive people into insanity. No idea how this system handles divorce, but I’d presume it is straight up banned. If people are going to be pushed together anyways then give them a window to at least choose their fate. But I suppose if that was a thing then we wouldn’t have a show… 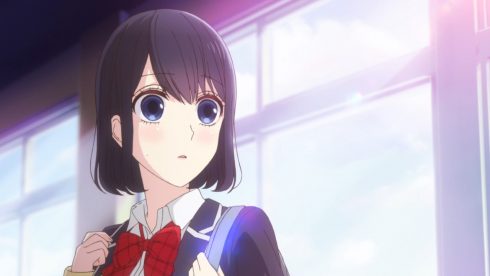 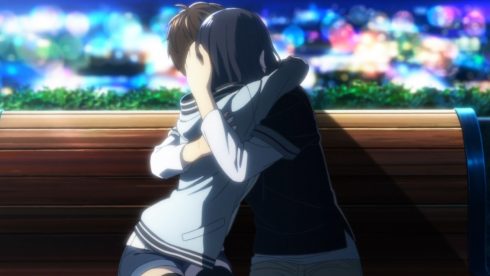 Now the main leads I could see making people react in several ways. For some being invested might be hard in regards to the struggle of people we just met in a romance that is suddenly there. But, for me I can get behind the emotional struggle early on. It is a change from any feelings taking an entire series to be established. It isn’t a bad approach to change the conflict. And they at least set things up enough that I can get behind it at this stage. Sure it was a pretty simple reason to fall in love with someone, but it also was several years ago. I think it is easy enough to wrap my head around how those feelings could grow and amplify over years and years. Yukari’s obsessing over it makes sense in that respect. And in the end his agony is easy to see.

So many questions exist regarding Misaki. After all the show is “Love and Lies” so…you can’t take everything at face value. Was she really late because she had decided not to tell him how she felt? That reaction to the email he had seemed more of a “what?” reaction than a “oh my god a miracle happened” kind of reaction. At the very least she already said she lied in the hallway about not remembering. I can believe that lie though. It would be hard for her to make up remembering her side of the flashback and bring the broken eraser. Now of course anyone could get an eraser and rip it in half, but to know that would mean something to Yukari….Plus I do feel like there was a strong emotional response to this situation for her. That she has feelings for him. 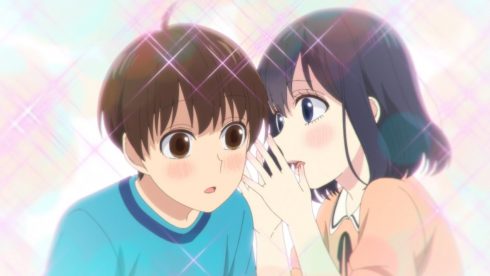 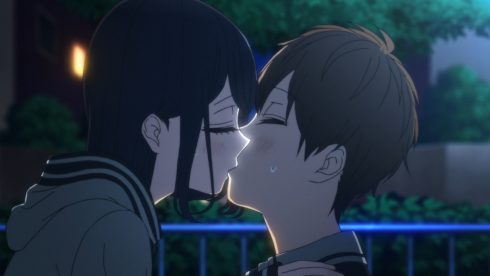 There is a lot of weirdness to this though. Lilina got her notice via email and there was no problem with that. And yet Yukari got this almost buggy notice that had Misaki’s name in it. But then he gets a physical document with Lilina’s name. Why was he getting his notice almost instantly on his birthday? And why were there people tracking him down in the middle of the night to hand that over to him? That can’t possibly be the normal way of things. Not only is Yukari in love with someone he can’t marry according to this system, but his whole situation is abnormal. Was something changed and he was supposed to end up with Misaki? Who messed with the system either way? Regardless I just can’t buy that bureaucrats would be so efficient that they’d be tracking people in the middle of the night.

Now I won’t be picking up this show for the summer season. I did want to get my thoughts down about this first episode though. The animation wasn’t great. Can’t say I loved some of the design choices as a whole either. What I can say though is that the last few minutes were emotional. I was feeling for Yukari and Misaki at that moment even with the questions bubbling up now. Credit to the voice actors. This is a painful situation for the main characters. I’m curious to get a better read on Lilina There wasn’t much to make of her from that brief intro at the end. I can’t imagine this will be easy for her either being paired with someone so utterly in love with someone else. Entirely possible she falls in love herself along the way and things get more complicated. Not a bad first episode.

in Koi to Uso