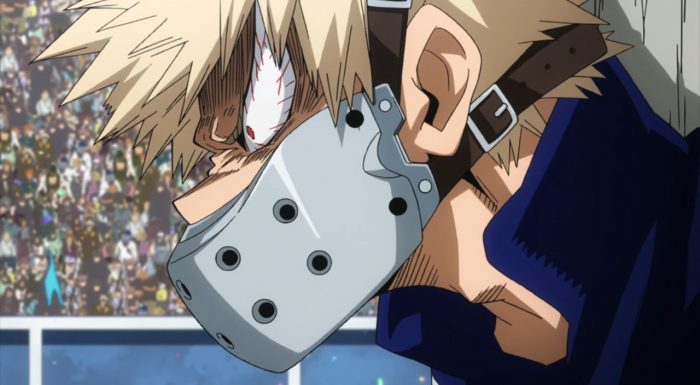 This episode did a good job ending this Sports Festival Arc. One would expect the obvious highlight to be Bakugo vs Todoroki and to be fair that fight was an interesting one. Though it fits that it definitely wasn’t the highlight of the arc or even really the most interesting fight Bakugo has had; those awards going to Deku vs Todoroki and Uraraka vs Bakugo respectively. This episode was more about defining where all these characters are standing after that festival and where their character arcs may go in the future. Characters like Deku and Todoroki really have to figure out their paths forward as heroes and someone like Iida has to deal with a personal tragedy instead of having a chance to enjoy his accomplishments. 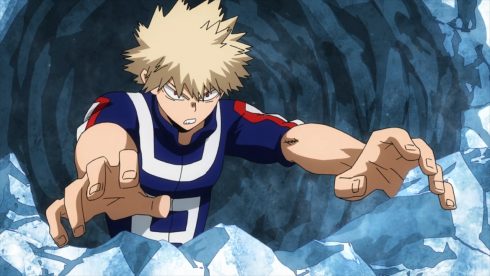 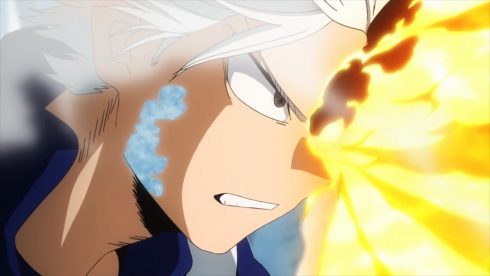 We started off with Bakugo’s past in this episode and we can certainly understand his motivations. This is someone with an unbelievable amount of pride and frankly a very long road ahead for development. His goal has been very consistent from the start of this event. He wants to be the undisputed #1. Events in the first season really took a hammer to his pride and he wants to be at the very top without question about it. He has also been pretty consistently pissed at Todoroki for treating Deku as more of a rival than Bakugo himself. And that just carried into this episode. Todoroki is clearly distracted with personal problems and what Deku said to him during their match. Todoroki barely registers Bakugo’s presence though he understands rationally that he is an opponent he must overcome. And that just makes Bakugo snap.

And that continues into the match. Bakugo wants an absolute and total victory over Todoroki. It isn’t enough that he can beat Todoroki when he’s only using his ice powers. Heck even Deku had a legitimate shot of winning under those circumstances. He can’t stand the idea of Todoroki giving his all against Deku, but not treating him the same. What Bakugo can’t comprehend is why Todoroki gave his all against Deku. He’s just yelling and demanding respect without really being able to understand another person’s emotions. It is true he doesn’t have to care about Todoroki’s personal life or motivations. But if he doesn’t try then this is the end result. Todoroki’s personal issues are a huge part of who he is and he can’t just go all out if he doesn’t resolve them in some way. 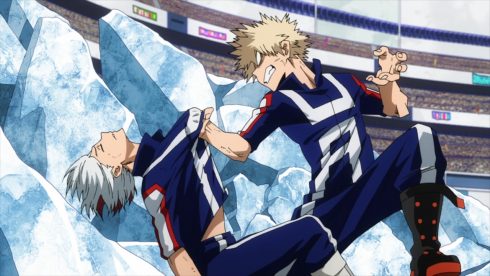 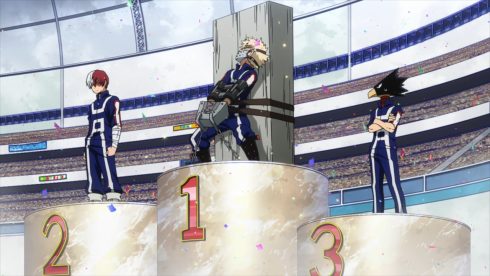 In a lot of ways I love that while Bakugo wins this tournament, he can’t be satisfied. He kept a very rigid vision of what becoming #1 meant to him. His anger basically keeps Bakugo from being able to really appreciate his accomplishment. Sure he didn’t beat Todoroki at his best, but so what? Whenever you are in some kind of competition there is no guarantee that you’ll be at 100% or that your opponent will be at 100%. If you can’t find something worthwhile in a victory in those cases then well…you’ll never really be satisfied. Bakugo has a long road ahead for his own character development. His anger is still a major problem and he frankly still needs to resolve his past with Deku and the terrible person he was in middle school.

While Bakugo is still seething, the other characters are moving forward. Deku knows he can’t keep fighting the way he has been and needs some measure of control. Otherwise he’ll just constantly be worrying his mother and those that care about him. Even his classmates were concerned seeing him in that state so…he’s got to find a way forward. All Might gave good advice to Tokoyami who performed spectacularly in this tournament. It isn’t just about relying on his quirk, but improving himself. Dark Shadow is amazing and if he can just improve on his weak points then he’ll be a great hero. I also loved the little comedy scene with Ochaco’s parents coming to visit her. She deserved that kind of happy conclusion after how she fought like crazy and worked hard. I’m glad her mom helped get her…eyes back into place though. 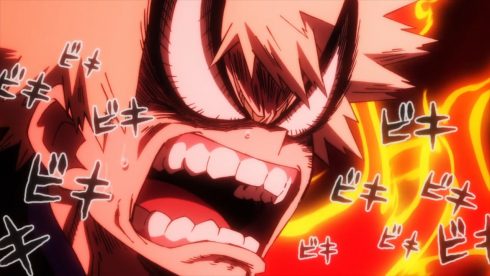 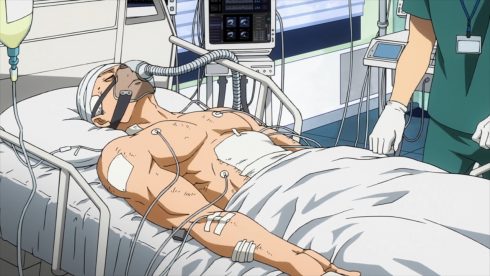 Todoroki’s arc has been interesting to watch unfold. It makes sense that he couldn’t bring everything against Bakugo in this finals match. No offense to Bakugo, but he had other things to think about. While Todoroki was willing to use them against Deku and has started to face himself more…he has to figure some things out. His family situation is still royally screwed up. Todoroki can’t really become the hero he wants until he finds a way forward. First he has to deal with the situation involving his mother and also find some sort of way to handle his father. It’s understandable that he couldn’t bring himself to face his mother for all this time. No doubt seeing him again might add some more emotional stress to her and the guilt of seeing his face might also hurt. But he has to find a way to do this.

I like that a big goal for him is simply getting his mother out of there. It’s hard to tell until we get some real dialogue, but it’s entirely possible she’s basically fine now. She’s been in that mental hospital for years, but if Endeavor has been putting pressure on keeping her there then it probably would keep her in place. I just hope that they’ll be able to talk things out and it will allow Todoroki to move forward. This really is his start line. If anything Deku should be incredibly proud of himself. If he didn’t push Todoroki the way he did in their fight then none of this would have happened. It came at a cost, but the benefit to his classmate was huge. 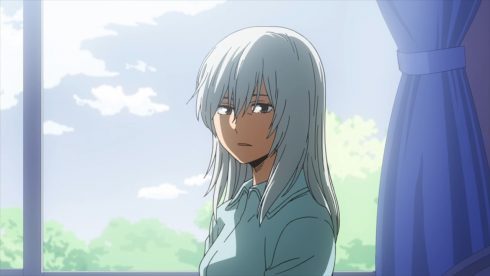 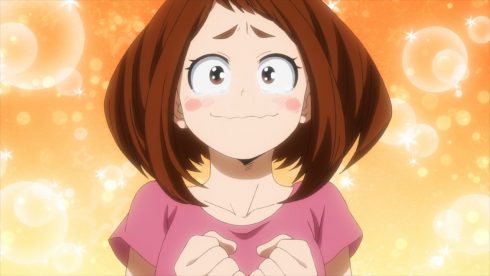 Of course now we’re moving beyond that festival into a serious crisis. This is going to shake Iida up pretty hard. Seeing the brother he idolizes in such a state had to be hard. Sure his brother is alive, but…barely. I feel for Tensei as well. It is obvious how much Tenya looks up to him and it has to feel like he failed to live up to those expectations. For now all his family can do is hope that he’ll recover. But that is part of the job. They face some very dangerous people and sometimes…they’ll lose. That is the harsh side to the business these kids are trying to get into. Being a hero isn’t safe and certainly can be rough even in this time where crime is much lower than before All Might entered the picture.

No doubt the Hero Killer will be an important figure in the second half of this season. He’s already left a mark on one of the main cast. And the ripple effect coming off Iida will likely be important. Of course for now things aren’t as serious for most of the class. Now they get to look forward to recovering and getting back to class. Then they can get a bit excited about finding out if/how many heroes they caught the attention of during this sports festival. That was the major part of this, the chance to get scouted by some pros and start building up contacts. Hopefully everyone gets some kind of attention.