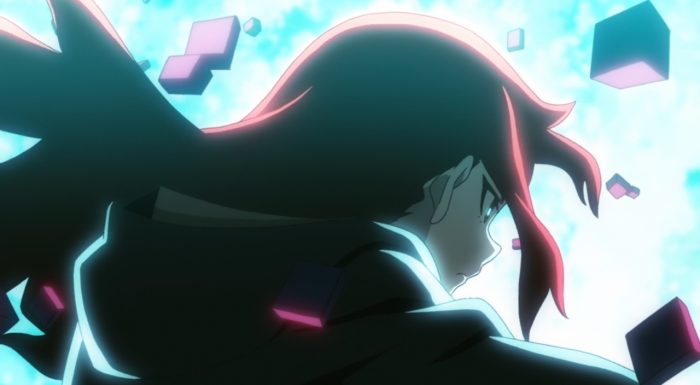 While I feel bad for Akko by the end of this episode, I still feel worse for Chariot. I mean wow, talk about having a series of tough experiences. Mostly since we absolutely know that she doesn’t have bad intentions. Whatever her purpose was it couldn’t have involved or have intended to make people suffer. There may be comparables to what she did and what Croix is doing, but the differences are massive. Croix is intentionally tormenting people and risking starting an entire war for her own ambitions. She can act as if it is for the sake of dwindling magic, but this is about her own desires. She didn’t get the Shiny Rod and has been taking action to get what she wants in defiance of what happened in the past. 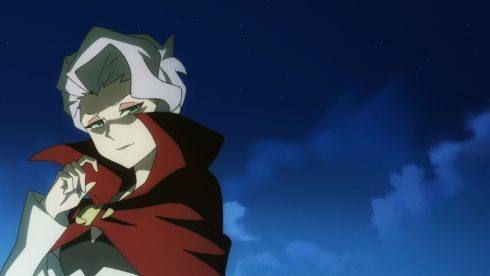 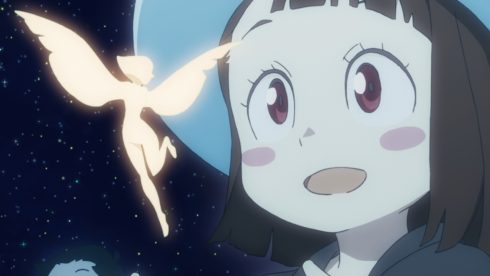 What I didn’t expect was to see that scene in episode 1 was something very different. I still believe that Croix was interfering with Chariot in some way. But now we can see that what was going on was Chariot taking magic from the audience. Then that magic was about to be stolen before Chariot got involved. This episode helps explain why Chariot took action to save those lights. It must have something to do with the moon, but I have no idea what. She did something and required a massive amount of power to do it and even then it cost her a lot. Her powers had visibly deteriorated and she lost the ability to use the Shiny Rod. There was something that happened and she paid a price for resolving it. I just wonder what that was.

This does now quickly resolve the mystery about why Diana lost her magic. She was a fan like Akko and went to see one of those shows as well. Then she lost her magic and worked like crazy to get it back. If Diana steps up and reveals this to Akko then maybe she can give her some tips on getting her own magic back. If nothing else Diana’s current condition shows that it is possible for Akko to gain some significant magical powers. And it also covers a concern that we haven’t seen her learn how to fly or develop in a lot of areas of magic. Of course she hasn’t. Not only did she not have a full understanding of magic, but she also was still handicapped by having her magic taken years ago. 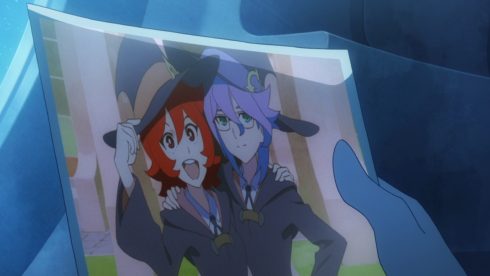 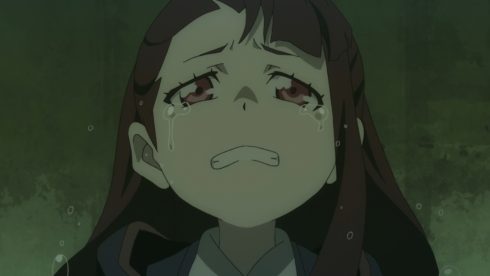 This is just kind of sad though. Akko learns who Ursula is, but it comes with a lot of baggage. The reason she fell in love with magic is because of Chariot. But the reason that she can’t use magic that well is also because of Chariot. Of course now it adds another element to Chariot’s support. Of course she wanted Akko to awaken the words for the sake of everyone. But she also worked so hard to help Akko learn magic because it’s her fault. At the same time though I’m sure that isn’t all there was. She does legitimately care about Akko and can see herself in her. Makes it all the harder when she can’t say much about the truth Croix is throwing out. Though I do wish she’d try to defend herself. Even if it sounds like an excuse, there has to be more to it.

And with all of this Chariot has taken a physical and mental beating in this series. She got to see a consequence of her actions in Akko. Chariot has tried to help her learn while also trying to be a competent teacher. There have been clashes with Croix and she’s even lost her ability to fly. Someone who looked like she was having such fun in the skies is now stuck on the ground. She can still use magic to a decent degree, but the skies are off limits. The problem is that if she’s not willing to defend herself or explain herself…someone else will have to. I’m not sure if Akko is going to have to see a vision from that fountain of Polaris again or if she’s going to have to rely on Diana. Or maybe both of those things will have to happen. 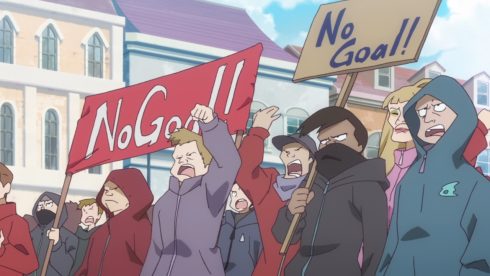 It’s a tough episode on a lot of levels. There was some good character moments with Andrew and Akko. Both seem to be on a good track for their growth though they both have major challenges ahead of them. Andrew has to find some way to stop this situation from turning into a war no matter what his father says. While Akko is still beat up emotionally and who knows what she’s going to do next. If nothing else I think we can say Croix is not a fan of soccer! We’ve got 3 more episodes to go. Let’s see how LWA goes into its climax and how good a series we’ve got by the end of this trek.