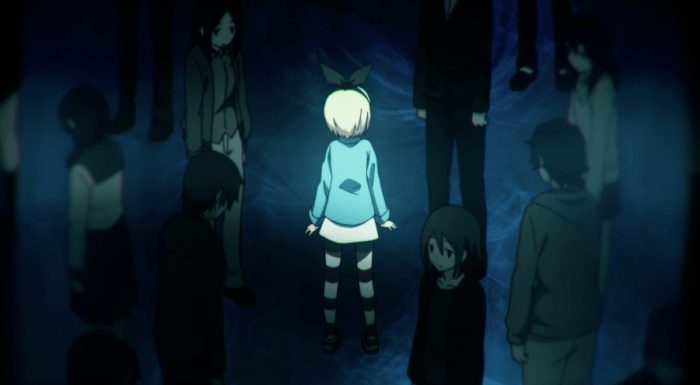 This episode the “new arc” spoken of in the “special episode” a few week back begins in earnest as we are introduced to a pair of new characters, one of whom is a newly “born” bearer of the Dreams of Alice. The new characters are Hatori (the bearer of the Dreams of Alice ability) and her best friend Ayumu. The episode really helped drive home to me an aspect that nearly all the human wielders of the Dreams of Alice seem to possess – that is that almost all of them seem to come from some kind of dysfunctional or forcibly broken set of relationships of some sort. With Minnie it was primarily after her husband died, with the twins it emerged in the context of a terribly abusive father, and here with Hatori we have an only child whose parents are on the verge of a divorce and quarreling much of time, it seems. Much of the first episode is spent presenting her story and circumstances. 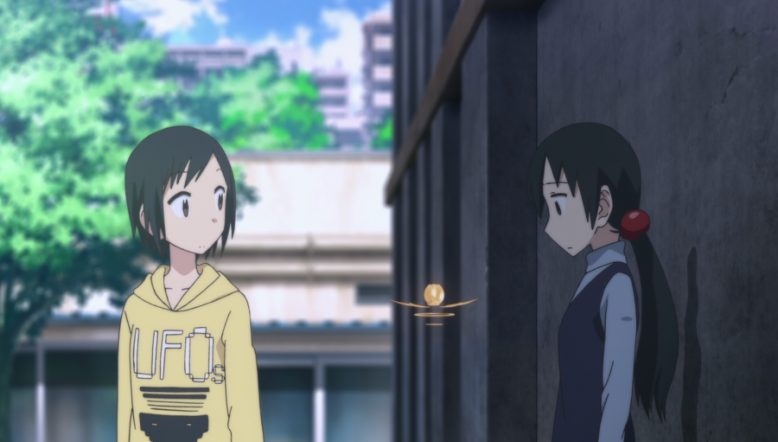 I have wondered how thoroughly the powers of each of the wielders of the Dreams of Alice are linked to the nature of their internal suffering. Minnie C manifesting the giant arms of her dead husband, Shizuku manifesting a huge array of anime … inspired? … abilities, the twins with their chains and bow and arrows (which is actually kind of chilling when one considers their home circumstances before their powers manifested); while with Hatori her primary ability that she at least has recourse to seems to be related to freezing time somehow, and then controlling people in that limited context when they are helpless to resist – a sort of mind control. Just like the twins, when this is placed in the context of her family situation it makes some sense. Hatori is very fortunate in Ayumu – a tomboyinsh and athletic sort who is her closest (and perhaps only?) friend. Ayumu provides a listening ear and someone who genuinely cares for her who is actually rather … balanced and normal in comparison. 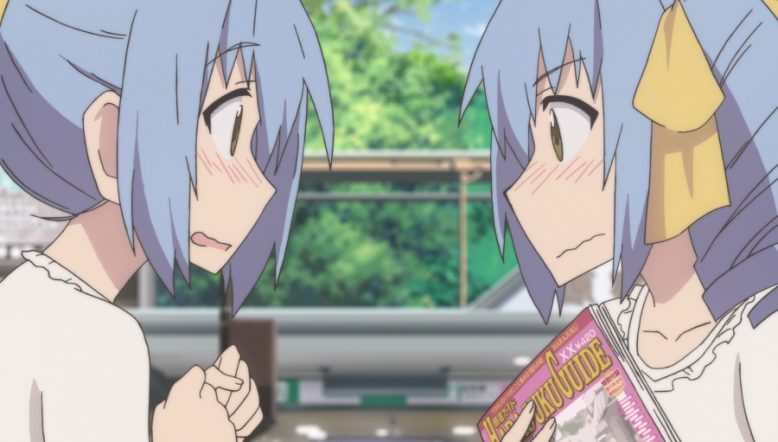 In the midst of all this Hatori suddenly realizes that she had unintentionally affected her parents shortly after her powers first appeared, and that the now happy family life she thought had come together with her parents was actually the result. This scares her and in response she becomes despondent and blames herself once again for her parents unhappiness, deciding to flee from home and live by herself to not cause her parent any more difficulty. Ayumu, understandably worried about Hatori (and who knows about her ability), goes with her. And it is shorty after they are “out and about” that they come across Sana. While  Hatori is exercising her powers Sana unexpectedly finds herself in the “area of effect” but has no idea at all what is happening – Sana herself also has an orientation of soul (in some ways far more intense than Hatori’s) to consider herself the cause of other’s problems, and understandably freaks out, running around and trying to understand what has happened. 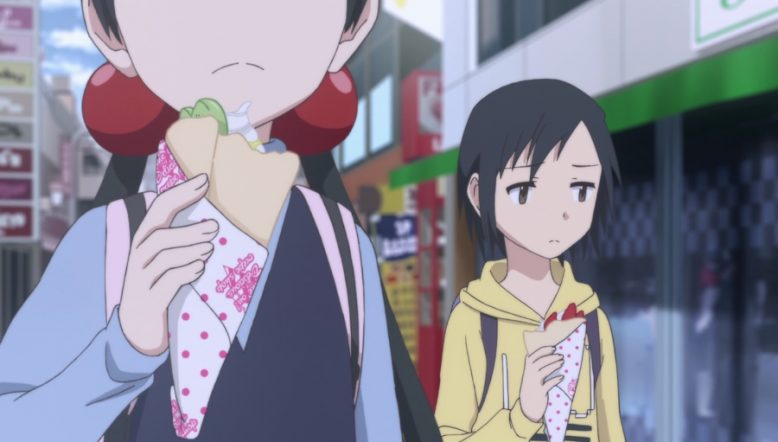 It is then that Hatori and Sana meet for the first time. Hatori is stunned that someone is not affected by her abilities, but what was most interesting for me is how Sana responds. Sanas’ powers are able to manifest, yes, but keep “shorting out” – presumably due to her intense emotional instability and the feelings of fear, anger, frustration and helplessness all surging through her at the same time. It is no surprise that she cannot control her powers and the result of this is Sana and Hatori “cancelling each other out” several times. Finally Sana in a burst of frustration begins physically hitting Hatori and screaming at her, which, while it does not hurt (Sana is still physcially rather weak, if you all remember) it certainly DOES drive home to Hatori that her reckless, random and perhaps even mischievous use of her abilities do hurt other people, and while this awareness in and of itself might be good it does make her … well … loathe herself even more and move her closer ro being chained in sadness and despondency. 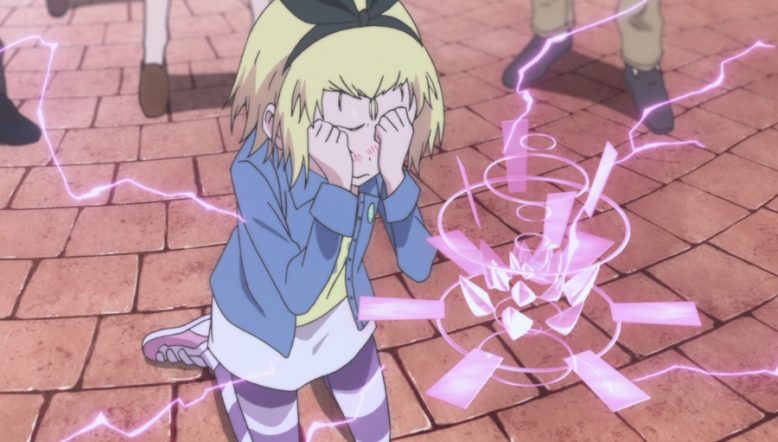 It was definitely a strong place to end the episode proper, and sets up the guidelines for this mini arc to proceed down. In the midst of all these events, though, there was one thing that showed up that raised a question mark above my head, and that was an unexpected moment where Zouroku showed an unexpected moment of very uncharacteristic forgetfulness. Some have wondered whether or no this might be an “area of effect” result of Sana’s frazzledness … as if she unconsciously transmits that sort of mental fog to others around her as well. Hopefully this is not the case, but it does have to admitted that Sana does not have very good control over her abilities at the moment, so such things are possible.

I have heard some say that these last episodes are called the “Wonderland arc” in the manga – another obvious tie in to the Alice in Wonderland children’s classic that is one of the main references for the source manga for terminology and the like. I find myself curious to see where the story will be going and how things will be resolved. Sana has yet to even go to school yet, but her acquisition of some kind of level of mental stability might be more important first – wouldn’t want her dropping boulders on people accidentally, as almost happened in the last episode. See you all next week!