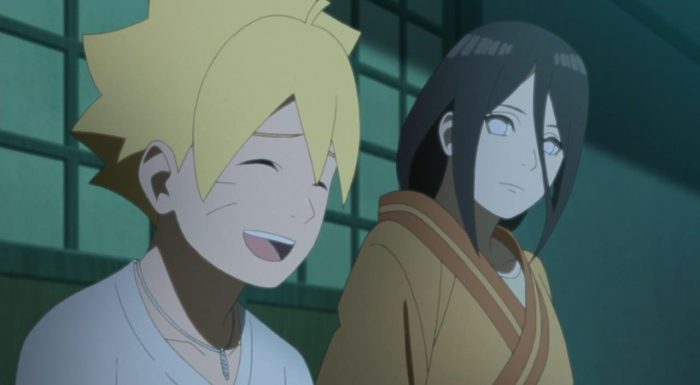 While this week’s episode was still uneven as a whole, the scale is definitely tilting back towards good solid storytelling. Its becoming rather obvious that Boruto as a series, especially in terms of writing, is great at some things, good at others and flat out terrible at one specific thing. The one aspect that I think Boruto just fails to do, every time it tries, is most definitely “comedy”. The more general comic relief moments, the so called “change of pace” segments that are meant to lighten the mood, often feel horribly out of place and flat out ruin the momentum and general sense of tone that the series works so hard to build. 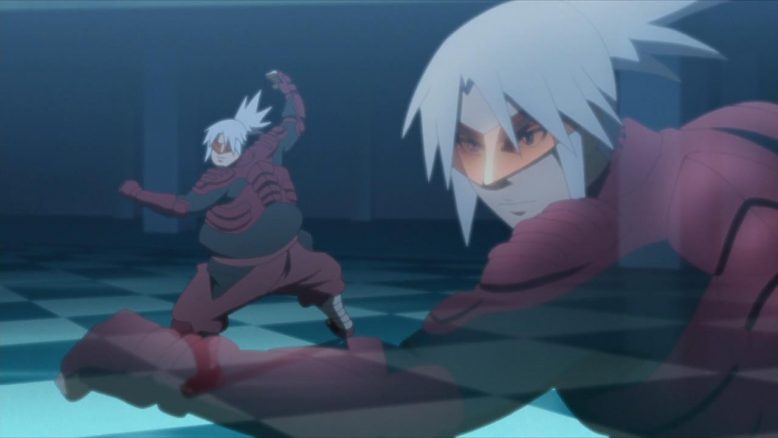 Thing is, Boruto isn’t bad when it keeps to small comedic aspects of its core characters, it really sucks when the show tries to make a specific character as jester for the rest of the cast to riff off. First it was Shino, and then in these last two weeks we’ve had a bit about this Kagemasa super hero character. The whole Kagemasa jokes may seem funny as ideas, and I’m sure they definitely were when they were thought up, but the execution leaves a lot to be desired.

If anything, it was the Kagemasa part of this entire two episode arc, that really brought what was an otherwise nice character development journey for Boruto, down. The fat actor and his inability to control himself and go on a diet wasn’t just not funny, I’m sure it probably offended quite a few people in the audience who’ve actually struggled with obesity and weight loss. I’m all for borderline offensive comedy though, so that particular aspect of the joke didn’t offend as much as how darn overplayed and unfunny the whole thing was. The joke wasn’t original, it didn’t have any kind of unique edge to it, and really felt like lazy writing above all else. 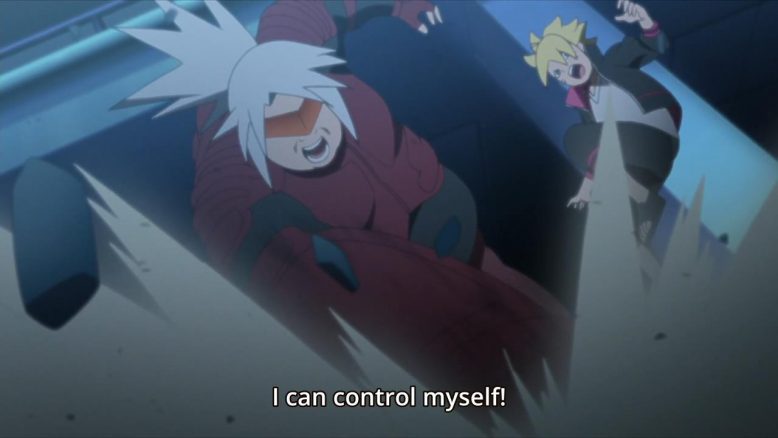 Ha..Ha…Ha. Its funny because he totally can’t control himself there! -eye twitch-

It was clear that the Kagemasa incident was just an excuse to give Boruto someone to take down, its just sad that it was done as lazily as possible. The upside to the whole situation though, was that even in the whole Kagemasa battle, there were some solid character moments that really elevated everything up. Heck, I’d say that nearly every character development moment that this episode attempted, it nailed or got pretty darn close to.

Going in reverse order, I loved how, in the Kagemasa fight itself, we had the first real team up between Sarada and Boruto. Its obvious that Boruto and Sarada are going to have a pretty close relationship going forward, especially once we get to where the Boruto movie took place at, but so far, we haven’t seen Boruto and Sarada actually even take steps towards getting to that point. 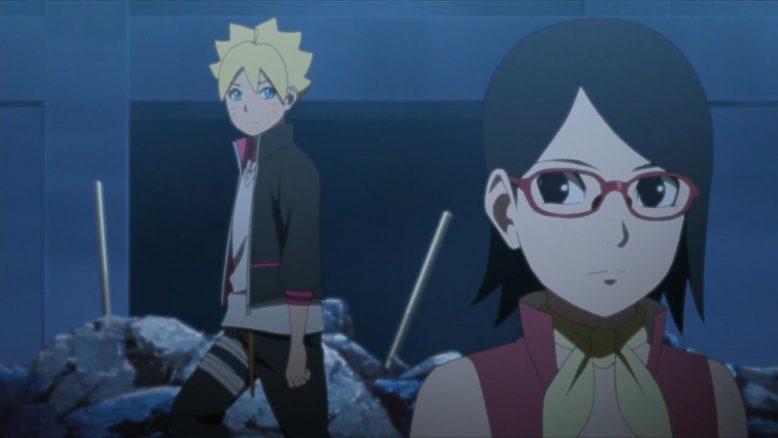 This week, however, changed that, and gave us the first step to what will ultimately be a pretty solid duo. Sarada is serious, a bit arrogant and tough to deal with, but she’s a good kid at heart, and even she knows Boruto’s not a liar, despite her problems with his “baka”/dumb tendencies. Seeing the two work together, with Sarada playing a more supporting role, was not only a treat, but really does excite me for where this story is going to eventually.

It was just Boruto and Sarada though, Boruto had some truly great moments with his aunt, Hanabi. Hanabi, for her part, was an excellent mentor and aunt, guiding her nephew through what seemed like a sort of self discovery conundrum. The fight between Hanabi and Boruto was nothing special, but it was cool to see Boruto really take on Hanabi with his shadow clones in some creative ways, while Hanabi flat out dominated with her Byakugan. 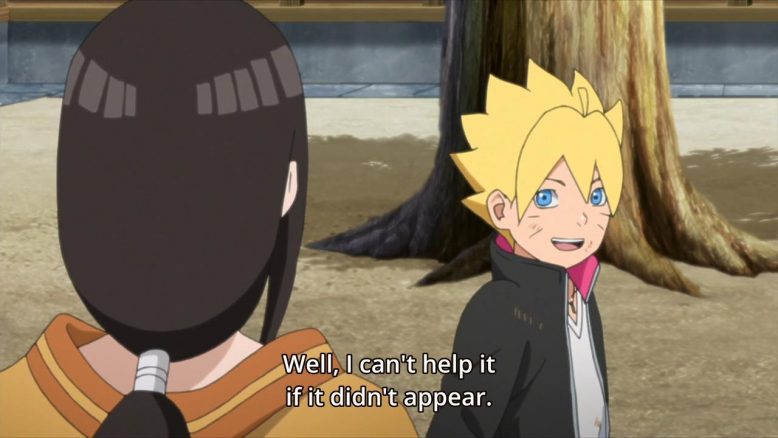 Did you expect emotional restraint from someone with Naruto’s genes? I sure didn’t XD

The really touching and exemplary moments came after the fight though. First was Boruto’s way of dealing with how wrong he had been. Boruto didn’t pout, thrown a tantrum or even brood for too long on basically “failing” to prove himself. Rather, the kid’s coping mechanism was to brush it under the rug, and put up a cheery front. It was obvious for anyone watching the guy that he was definitely taking this turn of events hard, but what mattered the most was how Boruto dealt with what seemed like a tough break. Unlike Naruto, or even Sasuke in their own childhood, Boruto actually reacted pretty maturely, and in a much likable way than either of them would have.

That’s the most refreshing thing about Boruto, and what I think this series continues to nail. Boruto isn’t his dad, he’s an interesting character in his own right. And when you do end up comparing Boruto to Naruto, I’d say I find myself liking Boruto a lot more. 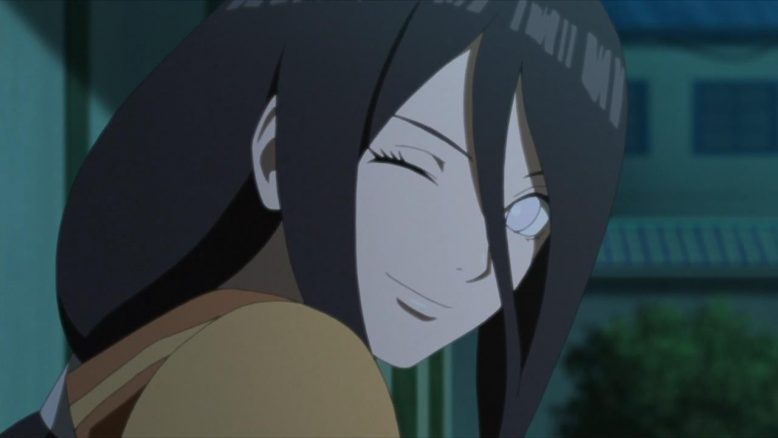 Of course, it wasn’t just Boruto that got some nice moments this week. Hanabi for one, really was a joy to watch as the “cool older aunt”, that both doted on her nephew and niece and offered sound advice when they needed it too. It is interesting that Hanabi prefers to have herself be called “Onee-chan” (Big Sister) rather than Oba-chan (Which is aunt). Oba-chan has “older woman” connotations though, so I see why someone as young as Hanabi would prefer it. Its a funny little touch, that adds a nice little element to the Uzumaki/Hyuga family.

It is worth noting, however, how darn odd Hinata’s omission in the whole thing felt. What exactly was Hinata doing alone in her house while both her children and husband were out visiting her family? It really did feel like Hinata should’ve been a part of the whole Boruto Hanabi thing, and I really do wonder what the reasoning is behind the missed opportunity. Hinata being around what’ve taken away exactly NOTHING, from this episode. 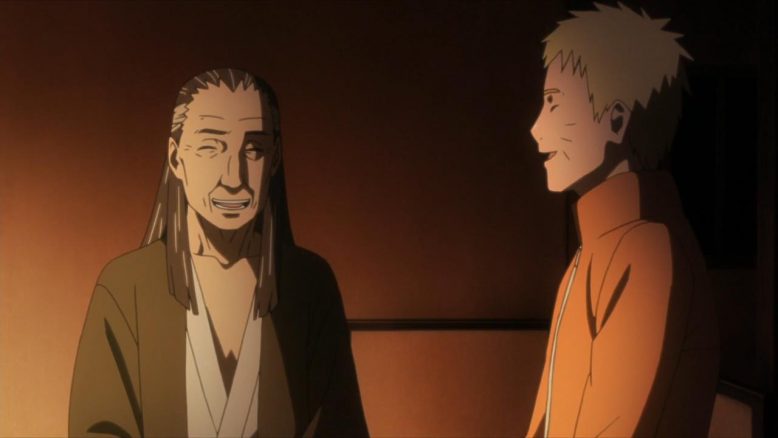 Even the stellar heart to heart talk between Grandpa Hishashi and Naruto, could’ve worked with Hinata talking with her sister elsewhere on the premises. Speaking of which, I really liked the discussion between Hiashi and Naruto, since it highlighted how much both have grown since we saw them in the first series. Hiashi has definitely mellowed out a bit, and has a much kinder side to him, while Naruto for his part seems a lot more mature and diligent than before.

I’m not a huge fan of how Naruto keeps justifying his inability to balance his work and his family as his “way of the Ninja”, but I suppose its par for the course when it comes to him these days. Naruto still has a lot to learn about being a father, and while I can appreciate him recognizing Boruto’s hard work during the spar with Hanabi, a good father would’ve been able to trust his son from the get go. The whole notion of Boruto trying to get Naruto’s attention is just asinine, and if Boruto’s proven anything, he’s above that sort of petty stuff. 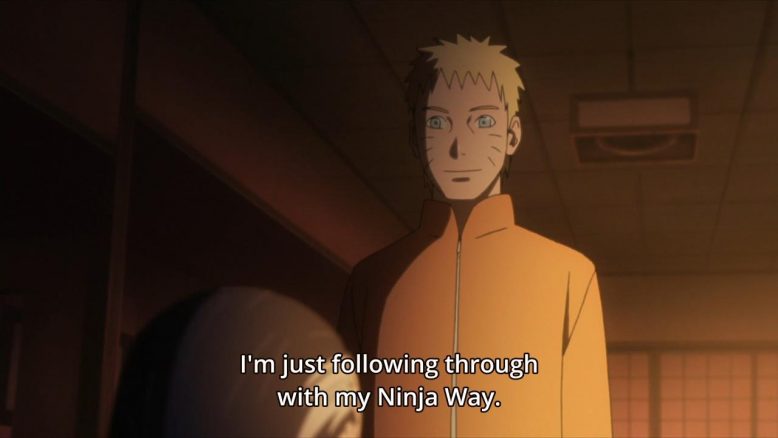 … but still a pretty bad dad.

I may be hating on Naruto’s faults here, but I don’t think its bad that he has them. Naruto being not great at adulting is something that keeps both him and his role in the series pretty darn interesting, so I applaud Boruto’s writers for being able to continually go into that well and bring out something good each time.

With all that said, the only thing left to talk about is of course, Boruto’s eye power itself. We learned this week, as I had guessed, that its not the Byakugan, so that lends more crediability to the idea that Boruto has something entirely new at his disposal. I’m not entirely behind Boruto’s whole “I’ll prove my power exists” thing, because I don’t think it feels consistent with his character to care about something like that, but I am liking the almost Harry Potter-esque vibe that the whole Purple Shadow Possession story is going for. 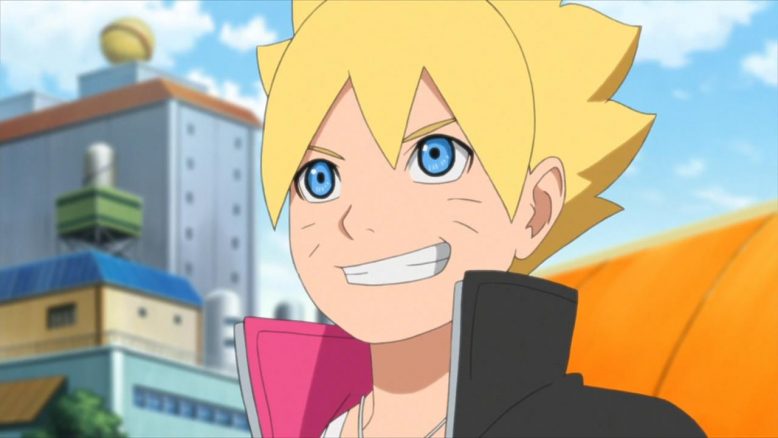 Only Boruto can see the so called Chakra, and so its up to him and the rest of the kids to one up the adults and take care of this situation. I like that, it works, it plays to the strength of the story and its writers. If Boruto’s writers can avoid the useless, over the top cartooney gags and keep everything a tad bit more restrained, then I think we’ll be able to get closer to what Boruto seemed like it was going to be, from the onset.