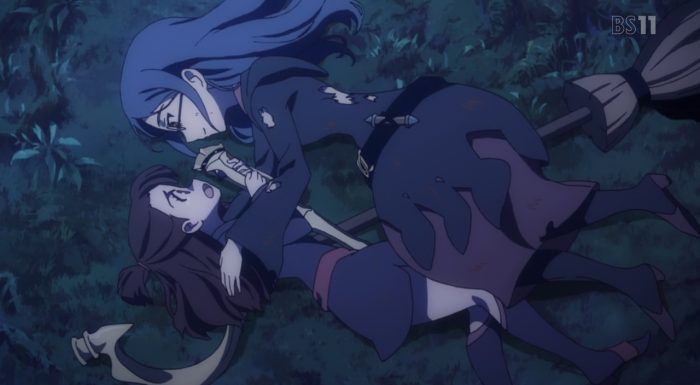 That was a strong and emotional episode. LWA really brought out a top notch effort through the expected clash between Akko and Ursula. It was clear that this kind of thing was going to happen sooner or later. From almost the moment that Croix showed up she was doing a solid job of getting into Akko’s good books. She is a more radical thinker than most teachers are and Akko is a girl who has no complaints about going against the status quo. It wasn’t very hard to earn her trust and she abused it to the fullest. While on the other hand Ursula has been keeping that secret for all this time and there was enough there to make Akko doubt her. Of course the truth is that she is Chariot, but there’s no way Akko is going to guess something like that. 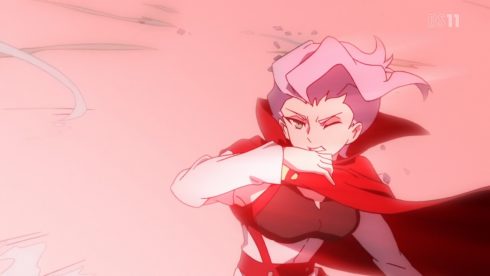 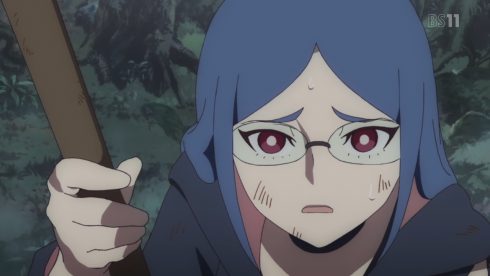 One thing that did surprise me is the line that Croix is willing to draw. Despite all the dangerous stuff she is doing, she was concerned when Chariot was at risk of falling to her death. I suppose it is one of those cases of true feelings leaking through. She still cares about Chariot despite all her anger about the Shiny Rod not choosing her and her crazy goals. She was even too far out of it to try to get in Chariot’s way again. Of course that isn’t going to stop her from trying her plan or put people in harm’s way. But when push came to shove the girl who was Chariot’s friend appeared again for an instant. And it’s a good thing she did since otherwise Chariot might have crashed straight into the ground and died.

In a lot of ways it is sad how things turned out with these two. A lot of the blame for things going wrong is straight up on Croix’s side. They both went out there to the tree. They both made their pledges. Clearly Croix never even considered the possibility that the Rod would choose Chariot. Croix ended up blindsided by that fact. Despite the Rod choosing similarly with Akko she still doesn’t understand it. It literally is not about becoming the best witch ever. Croix’s goals were personal and about becoming the best. Chariot just pledged to try and make the world a happier place. Clearly the Nine Olde Witches didn’t want to put ultimate power in the hands of someone who simply wanted power and glory. I’d probably also trust someone who just wants to make people smile over that kind of person. 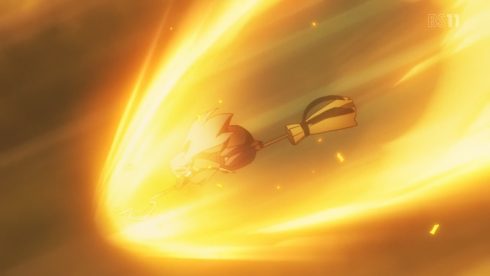 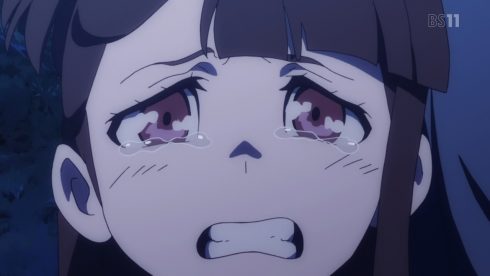 It was an effective, but painful moment watching Akko lose it on Ursula. Though certainly part of the blame is on Ursula who has had opportunity to tell Akko more and hasn’t. I understand not wanting to overwhelm her or kill her motivation. But she should have realized how easy it would be for Croix to turn things around on her. It’s also clear how Ursula underestimated Akko’s desperation. Akko isn’t wrong that her luck is pretty darn bad in certain cases. The idea that she might have to wait years before she could ‘find Chariot’ was too much. It wasn’t hard for Croix to trick her. The harder task was for everyone to convince her to be patient. Akko still has her moments of self-doubt with her slow progress. And running the risk of not getting to meet Chariot for years without reason was something she couldn’t take.

Still hurt to watch though. We know that Chariot cares about Akko and how hard she had to struggle just to get to her. Croix isn’t making things easy and Chariot is fighting for every inch right now. But it just made it worthwhile when they finally reunited. Besides the fact that she literally saw herself enveloped by pollen, but the sacrifice of someone she had been rejecting moments earlier saved her. But at least she finally got to say ‘thank you’ and realized the meaning of Lyonne. Truly it is a short and simple phrase, but infinity important. 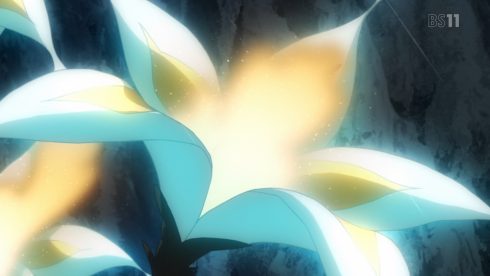 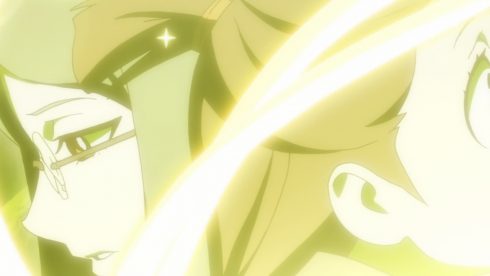 It is surprising to see how Croix chose to make the same sacrifice as Chariot was willing to make. Chariot was probably desperate to find the word because of how she felt Croix deserved it more than her. So she went up there to find it at a dangerous time and needed Croix to rescue her. That perfectly explains why Croix is using magical technology and why we don’t see her fly anywhere. She can’t. Chariot was able to continue using magic, but only because of the sacrifice made by Croix. No doubt that tied pretty intensely into her anger. A sacrifice made out of friendship ended up twisted as she ended up with regrets. Her envy of Chariot getting the Shiny Rod probably only intensified when she no longer could use any magic.

I am curious to see what happens going ahead. Akko was able to awaken the word and heal Ursula’s injuries. But I’m not sure that means she was able to heal her magic. If she feels bad now about what has happened to Ursula…she might actually shatter finding out that she robbed Shiny Chariot of her magic. Of course it would be a sacrifice I could see Chariot being happy to make. Plus we don’t know her current condition for 100% certainty. Her hair being blue might mean she’s ok. Since I presume she’s using magic to disguise her red hair. 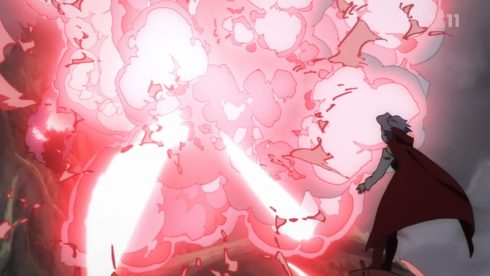 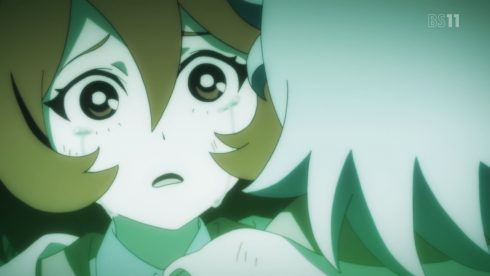 That was a strong episode. I’m glad to see the show seems to be picking up speed as we head into the last few episodes. Now we know what Croix is up to and Akko is up to the last word. Of course Croix never gave up on attaining the Grand Triskelion. She’s just going to forcibly break the seal and take it for herself. Talk about utterly not getting the point. Now we’re ready for the finale. Diana is ready to take a more supportive role and help Akko during the inevitable clash coming up. Akko knows whom she can really trust and rely on. And Andrew has a random reason to show up to return Akko’s hat XD. Let’s see where this goes.