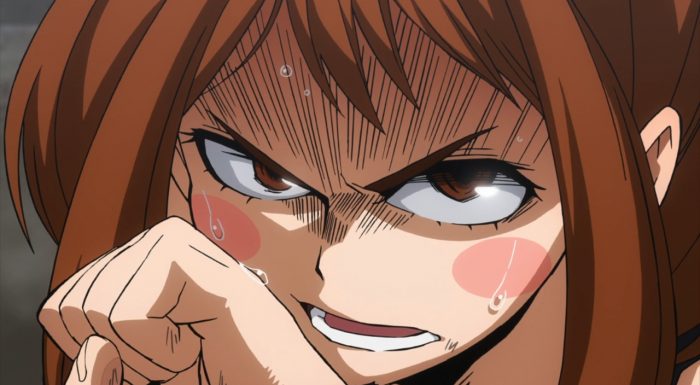 I really am glad that this matchup completely lived up to my expectations. This was easily the best match of the first round and arguably one of the best episodes of the second season. We really got to see Uraraka go full out and really make a match out of it. Her own view on the match of it being a total loss isn’t necessarily wrong, but she honestly got further than I think a lot of competitors in this event would have. Bakugo’s inherent abilities allowed him to deal with her plan, but even he revealed how close it really was. That was probably the max he could handle without that costume to boost his offensive capabilities further. What Uraraka gained through this match was pushing up against her limits, gaining further respect from those close to her, and really stepping out onto the path of becoming a hero. 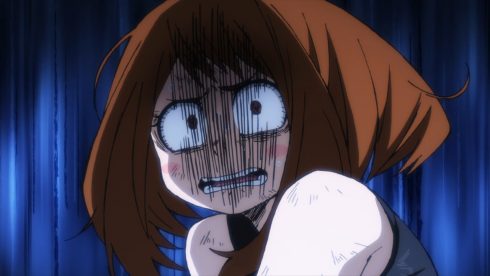 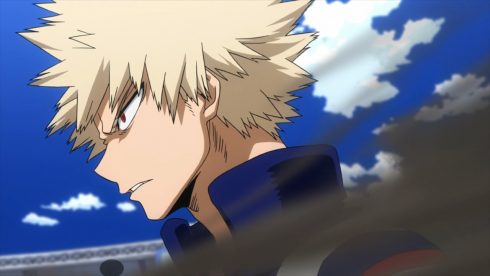 Honestly, I still don’t like Bakugo. What he did in the past to Deku went so far over the line. But, he is growing bit by bit as a character. The fact that by the end of the match he remembered her name says a lot. Though it might not mean much of anything to Uraraka herself XD. Bakugo struggles to remember names unless he really respects that person. Through the Cavalry Battle he (finally) got down Kirishima’s name and the same happened through this match. Uraraka made it such a hard fight that he had no choice but to respect her by the end of it. A lot of other opponents might have gone down really quickly and he’d just as quickly forget about them. But the fight and toughness she showed made it a very difficult match for him.

Deku really did hit the nail on the head. Uraraka was basically controlling Bakugo’s actions throughout the match. She attacked first and forced him to counter. And she was constantly on the attack and this left him only able to counter. Now he did counter her attacks and won the match. He even managed to overcome her secret plan. However, he never really took control of the match. Generally in any competition you are either reacting to another’s tactics or they are reacting to yours. In this case Bakugo could only stay on the defensive. While Uraraka lost, I think it says a lot about her tactics and tenacity that she managed this. 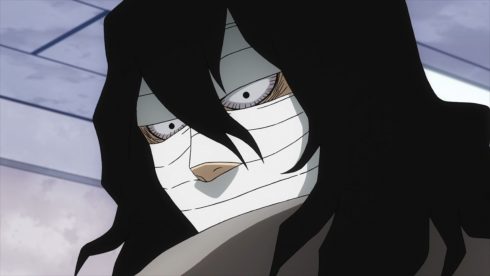 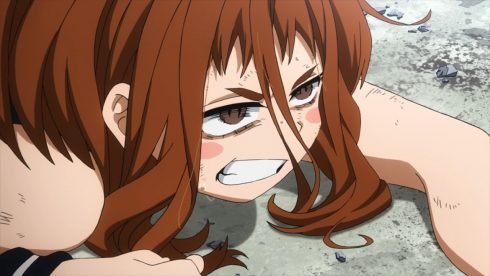 Honestly I came out this episode with a lot more respect for Uraraka. It’s kind of a fun thing how they take a character that looks cute and almost silly, but give her an utterly badass fight like this. The characters all have their own visual style, but are also aiming for the same thing. Her plan required quite a bit of strain and sacrifice. We know how hard using her quirk can be depending on the mass she’s making float. She had her costume designed to help deal with that strain. And yet here she was lifting a massive amount of concrete for a lengthy amount of time while also being bombarded with explosions. It is no wonder she just couldn’t keep going. She had to be running full on adrenaline and when her plan failed that just took the wind out of her.

Aizawa deserves full props for ripping into that hero in the crowd and his co-host for this event. It was only apparent near the end of the match how badly they all deserved it. Bakugo not noticing Uraraka’s plan was one thing, but there were many pro heroes in the audience. They should have seen what was going on. But instead they focused on ripping Bakugo for ‘beating on a frail girl.’ It is good to see Aizawa stand up and shut that nonsense down. It is frankly insulting to Uraraka herself and reflects stupidity. Ochaco was controlling that fight through her attacks and efforts. This wasn’t as if he was casually kicking her around the ring and that should have been obvious to professionals. He was on the defensive and the most he could do was hit her with a blast and wait for her. 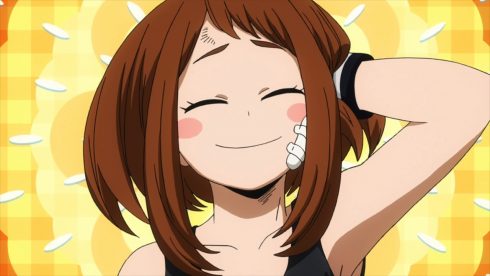 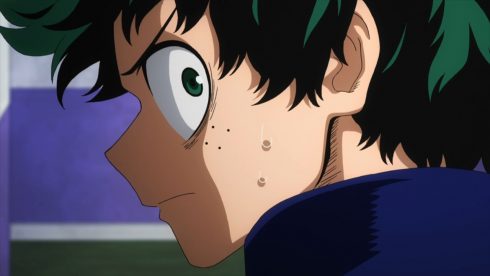 You could almost forget there was a second half to the episode. The aftermath was pretty good and wrapped things up, while also setting up Deku’s struggle. It does show the good things about Ochaco that she does try to keep an upbeat attitude around others like Deku. Instead of giving into her frustrations she tried to keep his spirits up since he has a match coming up. She only really let herself feel it once she was talking to her dad on the phone. And while she should be proud of her efforts, there is nothing wrong with venting afterwards. Losing always hurts, especially when you were that invested in it. The important thing is what she learns from the experience. And while she only got one round to make an impression…I’d say it was a good first impression.

Deku of course has to step up and have a strong match. Todoroki won’t make this easy for him. While he doesn’t really need extra motivation, he certainly has a lot going into this. There is the desire to be the best hero, meeting All Might’s expectations, what he knows about Todoroki’s backstory, and even having seen the fight Ochaco put forward. No doubt it had be tough that he couldn’t say anything to make her feel better and instead she was smiling and supporting him. And certainly Deku isn’t as much of a fan of Endeavor now having seen him in person and getting some background on him and his son. I love the point he made as well. It is obvious that Deku isn’t All Might. So it should be equally obvious to Endeavor that his son isn’t him. But that is something he’s clearly failed to grasp. 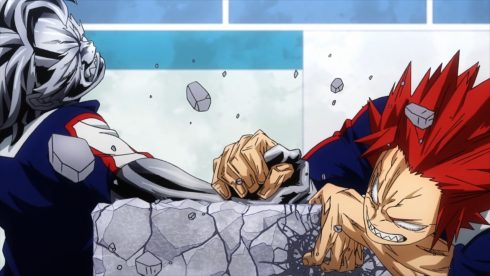 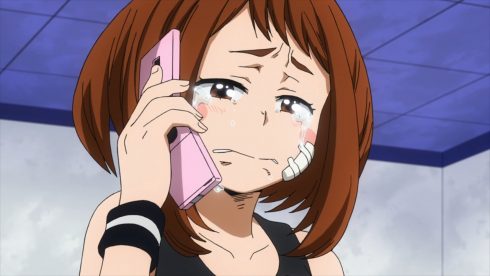 I love how we are going from an intense matchup like Ochaco vs Bakugo, to Deku vs Todoroki. That fact is fine by me since intense and enjoyable episodes are always fun to talk about. I don’t know if this is a fight Deku can win, but if he can find a breakthrough in using One for All then he might just have a shot. Todoroki was unnerved when facing Deku in the Cavalry Battle so there might be a chance to shake him up in this matchup If nothing else this is going to be a much more physically intense match than Deku’s previous showdown. Too bad we’ve got to wait till next week to see this. And yeah, I don’t have much to say about Kirishima’s arm wrestling victory. Good for him though XD.