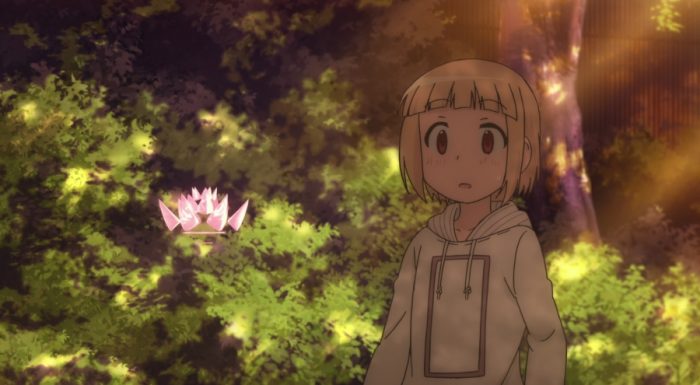 After the “special” of last week (which was essentially a recap episode, something which three series have done this season as far as I am aware of), which was not that bad to be fair and at least introduced a few new hints about the “next arc” that is coming up, we are finally back in fine form with the anime adaptation episodes this week. And the content of this week turned out to be a sort of transition episode  from the first arc, which focused on the adoption of Sana by Zouroku and Sanae, to the next arc, which (as shown by the special, or “episode 5.5” as it was called by some)will involve meeting some new people in whom the “Dreams of Alice” are beginning to manifest who are also Sana’s peers. She will meet them at school, and of course to go to school one has to have all the common legal data in place – being part of a family or the like. Therefore, this episode, unsurprisingly, shows us not only what the daily life of Zouroku, Sanae and Sana is like, but also shows us the actually acquisition of the adoption papers for Sana!. Hooray! 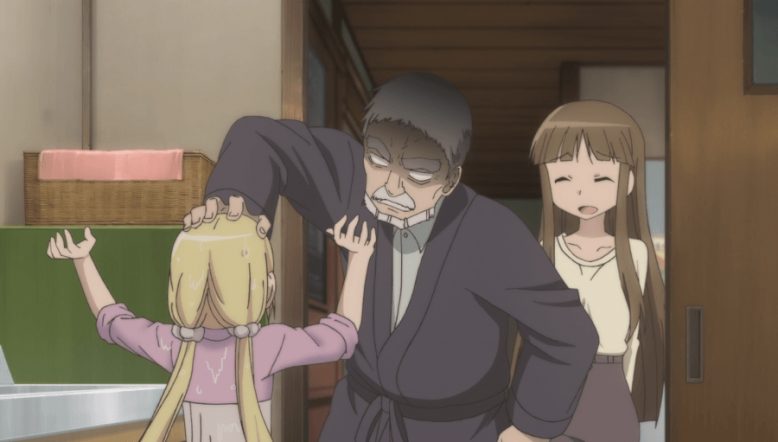 Unsurprisingly content wise episode six is mostly very laid back and “slice of life’ish”. It takes place shortly the whole thing with Minnie C is over, and Sana is already being given simple responsibilities in the Kashimura household and being expected to keep to a semblance of some kind of daily pattern and habits – everyday things like getting the paper first thing in the morning (no matter how cold it is outside), washing up after arising, eating breakfast together, etc., etc. For the moment Sana tags along with Zouroku every day walking together to the Floral Shop and helps out with very simple things there as she can. Interestingly, we see that she is pretty weak physically – she has been relying on her powers to do all sorts of things and never really developed his muscles much. She gets tired very easily, and when combined with her voracious appetite it is definitely a new thing to learn what her parameters are. 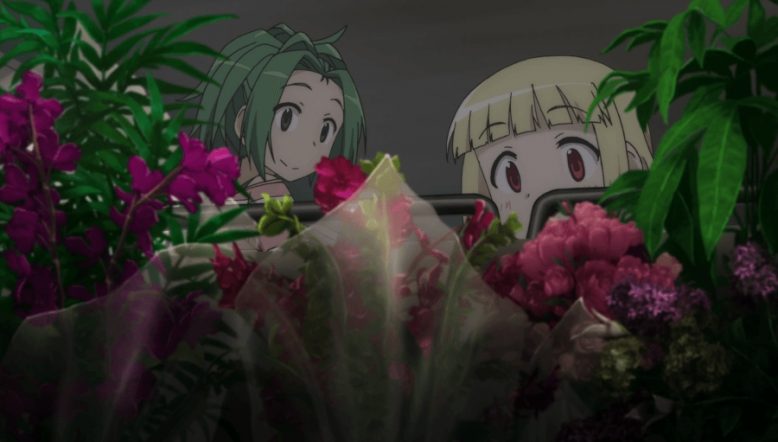 One of the cheeriest things to see is how kind hearted Zouroku and Sanae are with Sana – although admittedly each of them expresses this kindness in different ways. She really would be hard pressed to find a more ideal group of people who love and accept her and treat her so quickly as “one of their own”. And while Sanae still seems very much “herself” now (with the difference of being able to treasure, nurture and shower with affection her new adopted “little sister”) Zouroku himself is beginning to noticeably soften and become a bit more rounded as a person – and gotta hand it to his VA and the voice director looking over the series. Thus far they have a done an marvelous job at showing the inch by inch growth and affection and change in Zouroku’s voice when he is dealing with and interacting with Sana. To drive it home Zouroku’s old friend (who also goes out of his way to provide him with the adoption papers – no idea how he pulled that one off) also points out the same thing to him when they meet together in a cafe. 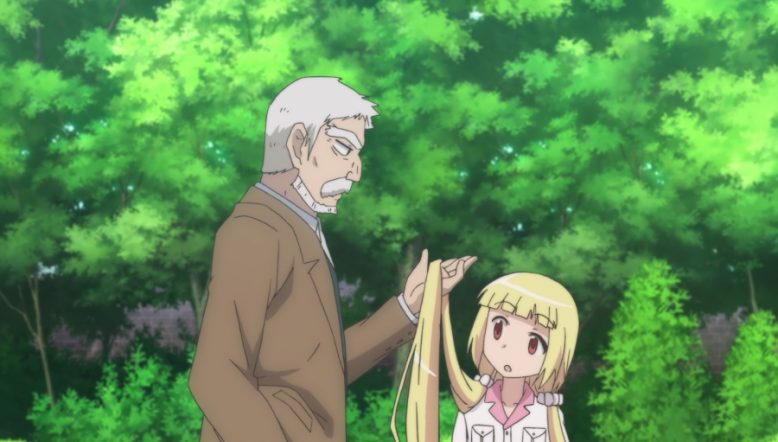 Probably the biggest external surface event of this episode involves Sana having her hair cut … out with the adorable twintails, alas!, and in with the traditional Japanese bob cut (interestingly both work pretty nicely with Sana’s character design … I wonder if we were prepared for it when we caught a glimpse of her future self two episodes ago?). But a much more important event is taking place during the daily ongoings of Sana, and that is growing curiosity with the concept of the family. It just so happens that the episode takes place on a day when Zouroku’s floral shop is setting up an celebratory event (both outdoor and indoor) for the announcement of the engagement between the Yakuza boss and his adorable bride-to-be (who happens to be a … high school girl … err … don’t ask), so while they are setting up the flowers and the arrangements (it looks quite nice!) Sana and the bride-to-be happen to meet with one another and the discussions make their way to what marriage and the family are. 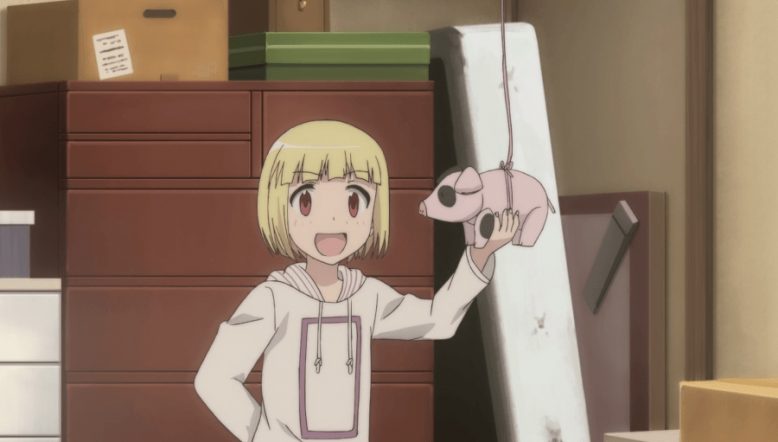 Of course this is perfect timing for the end of the episode when Zouroku invites Sana to officially become adopted, part of the family, and thus receive the name Kashimura Sana (Sana is delighted and immediately practices writing her full name repeatedly before going to sleep). By and large, though, the episode was mostly packed with people being people on a daily basis, and especially Sana being really, really adorable – at the moment she still has a degree of forthrightness and innocence in her behavior. And … to be honest I am kinda curious to see what will happen when she begins to interact with her peers at school. She is still non-human in some ways, and is extremely smart, but she also seems to be lacking in some human boundaries and norms that I have no doubt will get her in some … curious situations. If someone tries bullying her, for instance, they could be in for a terrifying response. Yoikes.

Will see you all next week! ^^