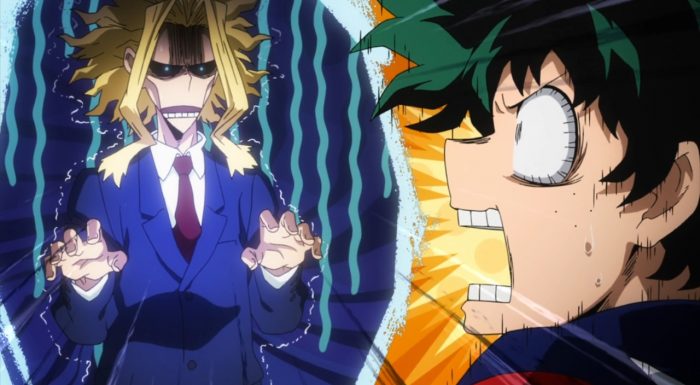 This wasn’t an action packed match, but in a lot of ways it was a good one. Some abilities and quirks just create situations where the end result is going to be one-sided no matter what. Even more so since Deku’s natural abilities are frankly better than Shino’s abilities. That should be obvious since Deku did spend so much time working out to become a bare minimum vessel for One for All. Honestly Deku should physically be one of the more fit students in the school. There are some that have Quirks that should make them more fit, but not an overwhelming amount. This was a match that wasn’t going to be very fair no matter who won. Deku could and did win pretty easily (even with broken fingers) while Shinso could have won easily using his brainwashing quirk. Without the help of One for All….that would’ve happened. 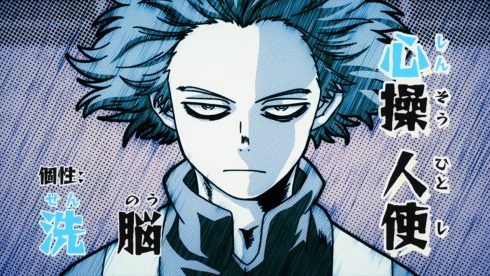 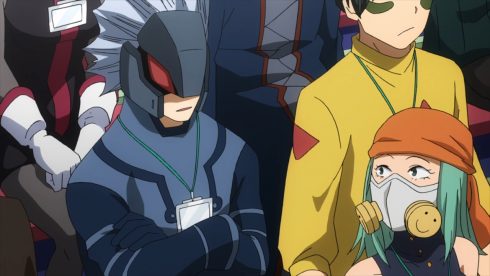 In a lot of ways you can sympathize with Shinso’s situation. It is difficult for those who have quirks like that since people would discriminate. I can imagine a lot of people going down the wrong path because of that kind of social bias. I hate that I could see myself struggling to interact with Shinso if I went to school with him. It requires a lot of faith in a person to not worry in the back of your mind “what if”. It isn’t fair to the person, but it’s hard to blame people for worrying. No one wants to feel helpless. I would also struggle to avoid being a jerk because of people treating me like that. But, I wouldn’t like myself acting like Shinso does either. And he should remember there are kids without any quirks. At least his dream is possible. He is still blessed.

And certainly the entrance exam wasn’t suited for people like Shinso. That quirk is powerful, but not against robots. He wouldn’t even gain hero points from interfering with people getting points themselves. Those robots are attacking and people could get hurt if he controlled them. Of course that’s a problem with exams period. Some people aren’t suited to written exams. Some people aren’t suited to a lecture style of education and are better physical learners. That’s just the unfortunate thing of living in a large society. 1 of 300 pass the UA entrance exam every year. This means tens of thousands apply every year. You have to find a moderately effective way to mass test that many people at once. They can’t realistically interview and go through a testing procedure unique for every individual. Guys like Shinso will fall through the cracks…but I’m not sure what else you can do. 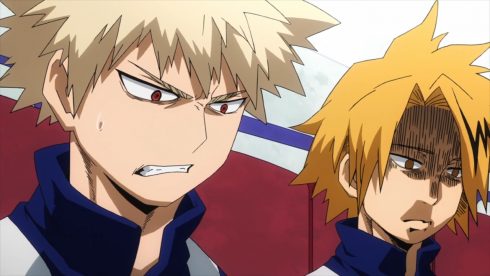 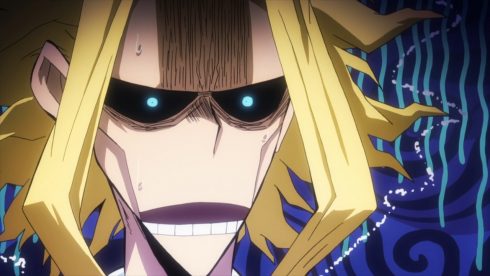 Well the obvious answer to Shinso’s dilemma is what we saw here. This event allows various students to show off their skills. It does require you to keep advancing to a certain point to continue having chances to show off, but if you can then you have a shot. The downside to Shinso I think is how he decided to respond to his situation. He didn’t fall off to the point where he became a villain, but he’s pretty lukewarm in having heroic qualities either. The Cavalry Battle is the best example of this. There was no need to brainwash a team (that wasn’t an enemy team). I don’t know how he expects to be a hero and wants trust, but he can’t trust anyone. His quirk was perfect for sneakily stealing points right near the end. But instead of gathering a team with arguments…he brainwashes them.

I can’t blame Ojiro for not being a fan of this guy or doing everything he can to help Deku. It’d be hard to gladly move forward in that competition when you were basically brainwashed onto a team. Ojiro himself didn’t do anything to deserve to move ahead. At least that’s how he felt. In the end I’m glad Deku dunked that guy and knocked him out of the competition. Shinso has his goals, but so does Deku. And he’ll get there by cooperating with others, not just treating everyone like an enemy. 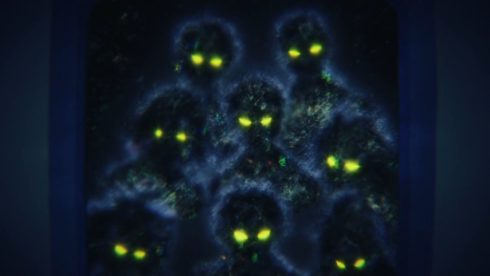 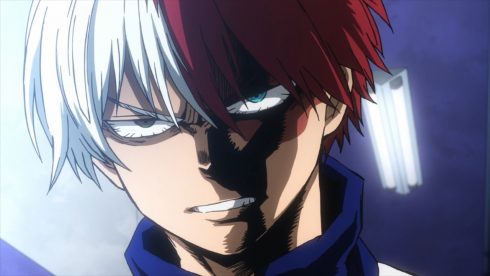 A lot of interesting things did happen in this episode. That One for All vision was pretty crazy, but it makes sense. This is a quirk that passes from person to person. I could believe in some way it adds the personality or spirit of that person to the quirk as it passes onward. It did help Deku out a lot in this match and allow him to break free of that brainwashing. Though I’m not sure how well even All Might understood what Deku saw there. That power in general is pretty mysterious It is almost more of a supernatural ability than anything else.

Todoroki’s arc is continuing on in an interesting way. He’s really struggling to keep his emotions in check and that makes sense. Just listening to Endeavor would piss a person off. He continues to treat his son like he’s a tool and not a person. Heck he even makes note of siblings. Can only imagine what a man who treats his wife and son as tools does to kids who don’t live up to his expectations. I can understand Todoroki wanting to do everything possible to reject this guy. Although it sucks for Sero that he was on the wrong end of Todoroki losing his temper. He was doing his best in this competition to stand out. This wasn’t a great matchup for him either. But in the end he just gets utterly frozen in a kind of scary blast of anger. 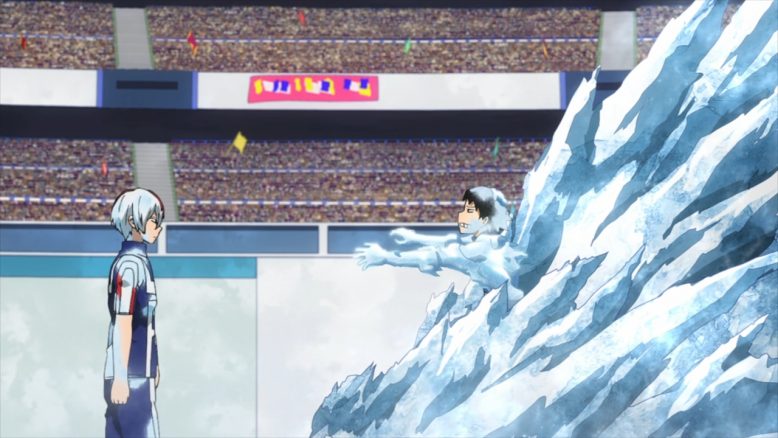 We got another really good episode here. Deku did a great job bouncing back in this match. Some fair points are made of the difficulty faced by UA’s entrance examinees. And I do think Deku’s matchup with an angry Todoroki should be interesting to see. Though for now we get to look forward to the other matchups in this first round. Some should be pretty amusing like seeing Iida facing off against the tech girl. Some of these matches should be pretty intense in general such as seeing Ochaco face off with Bakugo. I’ll enjoy witnessing how different quirks match up against each other.