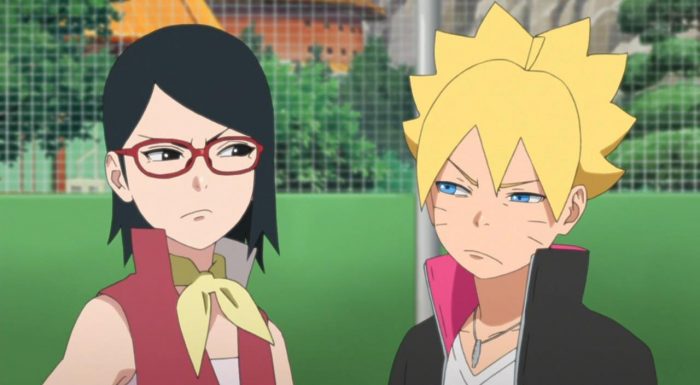 We’re getting to the point where the regular pre-school ninja antics of Boruto and co are starting to wear a little thin. There’s still some interesting tidbits here and there sure, but the novelty of seeing Boruto enjoy his school years in a way that Naruto didn’t is starting to wear off. If anything, the cast of characters is simply too young at the moment, which limits the kinds of stories you can tell on an episode per episode basis. 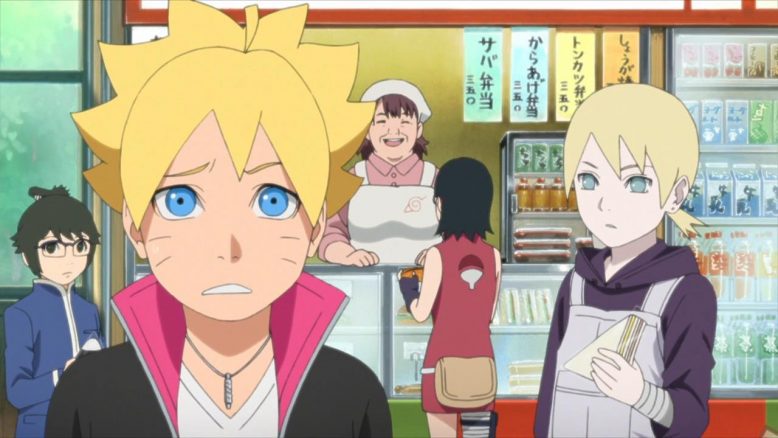 That’s the other thing, Boruto is taking the “story of the week” pattern too much to heart. Its time for us to start focusing on a more ongoing story, and start to develop a bit more of an interesting side mystery to things. The other big problem is that, what we saw this week, was not only a bit unrealistic (girls and boys do not get a long that easily), but felt a bit repetitive as well.

We’ve seen Boruto go crazy with someone and then ultimately win them over and find common ground. We’re also aware of the fact that Boruto and his generation of kids are a lot more friendly and social than the Naruto, Sakura, Sasuke generation of truly troubled kids. So there’s not a lot of new information to be gleaned here. 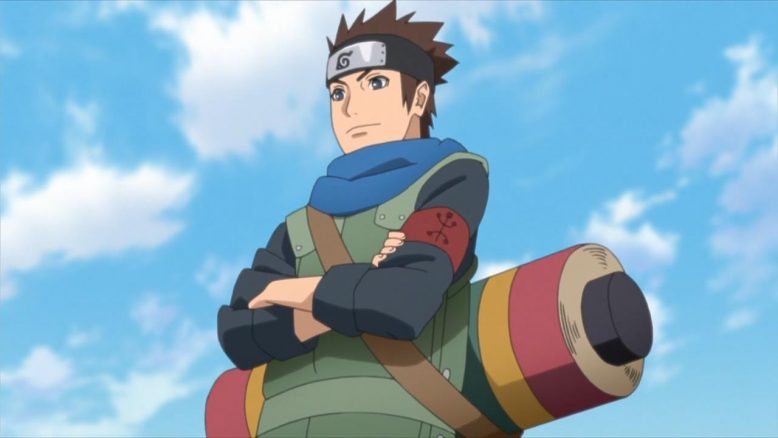 If this is what Konohamaru became as an adult, everyone has hope!

The few interesting tidbits, stem more from seeing the changes that have happened since the Naruto story ended. Konohamaru, for example, is all grown up, and acting pretty mature and dependable at his age. I’m not surprised that Konohamaru has a lot of female fans, but it is a nice little treat to see the snotty nose kid that always followed Naruto around, now turn into a dashing young man that’s admired by everyone around him. Its those little nods to continuity that really make Boruto such a fun little series to follow.

I will say, however, that as much as I like Konohamaru, I’m really starting to get annoyed by the Sensei of the class. He’s obviously a character from the Naruto generation, but he’s either an entirely new character, or some side character that I just don’t remember. Either way, the problem with him is that he just does really dumb things. His lectures are hardly wise or smart, and the whole “clueless teacher trying his best” shtick just isn’t working that well. 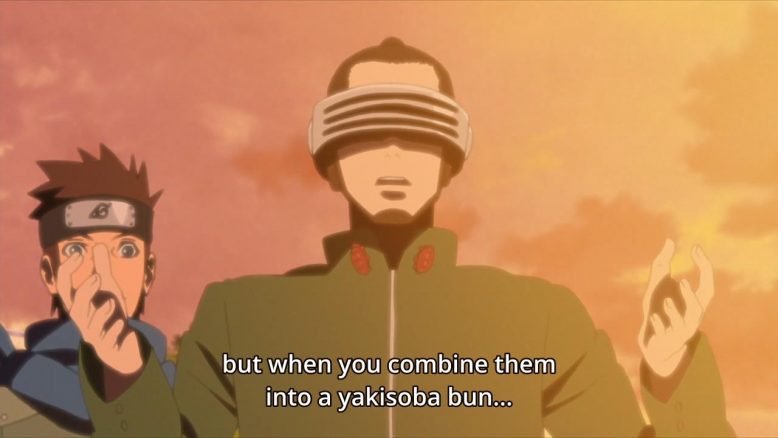 That is so not how I’d explain “collaboration” to young kids….

Its been less glaring in the past few weeks, but the Sensei character really is the weak link in the story. Compared to Naruto’s own Iruka-sensei or even Konohamaru today, he just lacks any kind of presence or meaningful impact to the show. The kids need a good father figure/teacher to play off of, and the dude here just isn’t doing that great of a job, from a narrative and character dynamic perspective.

Beyond that, the core story of the week, featuring a capture the flag match between both genders of the class, was pretty much what you’d expect. The two teams go at it, trying to one up one another, until a crisis hits and units them all. Very creepy analogy of the Yakisoba and the bun aside (Sensei, what ARE you saying to young impressionable kids here?), the story was pretty generic and forgettable. 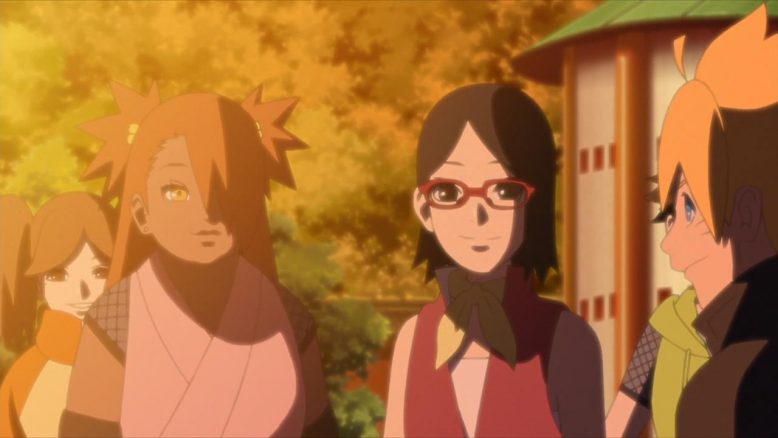 If anything, it did help bridge the gap between how chummy Boruto and Sarada are later on (Which we saw in the movie) to how indifferent they are to each other now. I suppose the story is still setting up the pieces for whatever big event it has planned later on. We also got a whiff of the weird monkey monster this week, and even a certain character from the movie made his appearance at the very end.

So I guess things are moving, I suppose I just gotta give Boruto a little more time before it moves on to the next chapter of the story. This wasn’t the best week for the show, but I still did come out enjoying myself, even if it was on the mild side of the spectrum. I’m hoping we have more of an upward trend in the coming episodes, because these characters and this world still have a lot to offer.