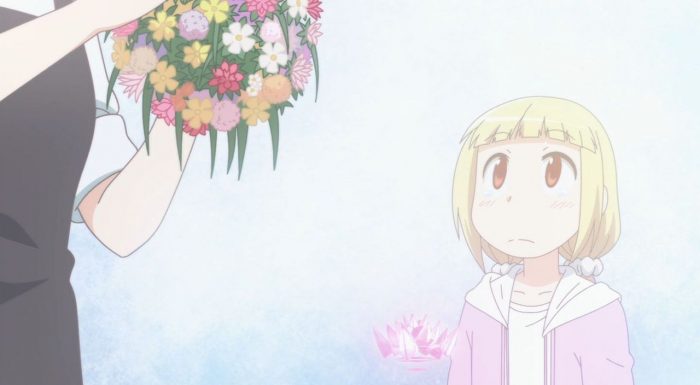 Wow – that got … dark … and fast. And it actually it got unexpectedly dark. I was not expecting Minnie C to shoot Sana in her lower leg at point blank range and literally shatter her bone! My jaw dropped and I froze for a split second in shock! Man – without any hesitation either. Yeah … if you ask me Minnie’s behavior was way more like an inhuman monster than anything before now. Just … wow. So anyway, this was another really good episode, and the reveal about Sana in terms of what she was puts another unexpected twist on not only her behavior we have seen both before and after her escape but also the ED animation sequence too … where Sana suddenly appears from “liquidy” light swirling about, and why she is animated the way she is there. Also … that mysterious scene where Sana saw … someone that I assumed was her in the future (what the?!?) giving her advice was totally unexpected. Anyway it was all very interesting…. 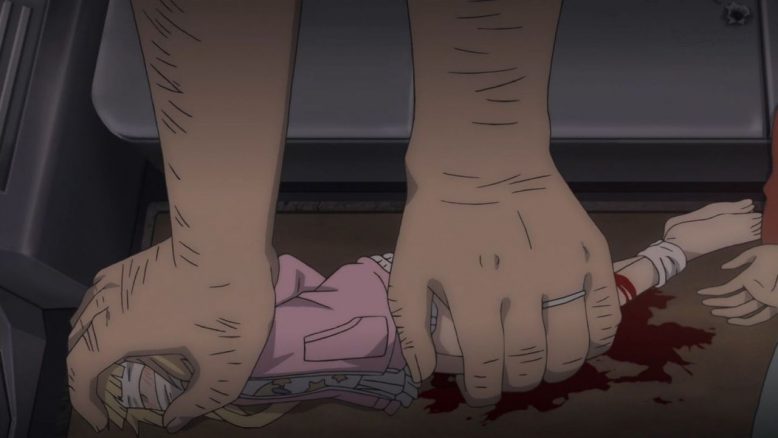 One of the more interesting reactions I came across in feedback from this episode was … how shall I describe it … some viewers trying (even energetically) to give Minnie C the “benefit of the doubt”, and emphasize how she herself has also suffered quite a bit and that those who disapproved of her actions were being “moralist”. Others even would defend her actions as morally wrong but legally “within the bounds of existing law”. And I must admit that such things kinda surprised me. I can see the dangers in dogpiling someone without a moment’s hesitation, lynchmobs and “whipping up the crowd” is a real and legitimate thing to be wary of in one’s responses and the responses of others. But at the same time there has to be a balance, I feel. Some actions (whether good or bad) just are what they are, and should not be minced or diced or played around with. Just because one’s indignation in and of itself arises does not mean it is a forever faulty mechanism of the soul of a person. 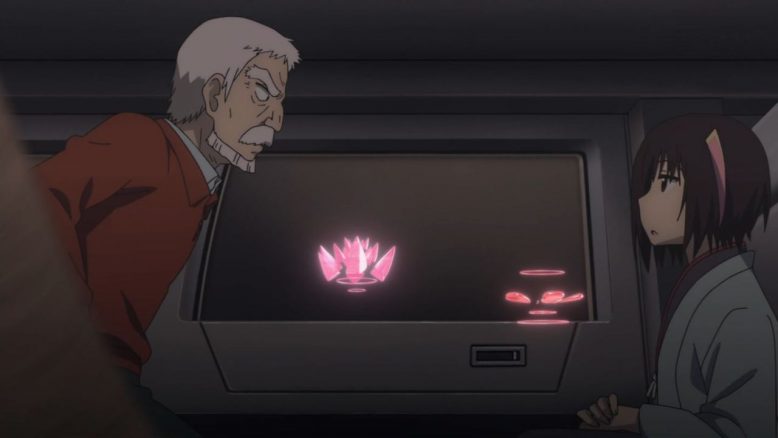 A warning to all who may be reading this – I am carrying on a discussion based on the presupposition that you have watched the episode itself already, so if one is lost please go and watch the (intense) episode proper! So then … I think Zouroku (and the series itself)  is approaching and arguing (and even condemning) the actions Minnie C was indulging in as categorically not good, however the viewer themselves might feel about them. Minnie was defending her actions from the angle of a particular nation’s law as the grounds for bringing up whether or no her choices could qualify her more as a monster than the objective nature of Sana’s origin (she argued that since Sana was not human and was dangerous that “permitted” her behavior towards Sana as such). However, Zouroku is arguing from a completely different angle – one of a “commonly understood moral code or way of behavior”. Whether or no an individual viewer agrees either with his angle on things subjectively or if such a thing exists objectively are separate issues. I feel the anime itself is presenting Zouroku’s perspective as the “right” one, especially in contrasting it with Minnie C’s. 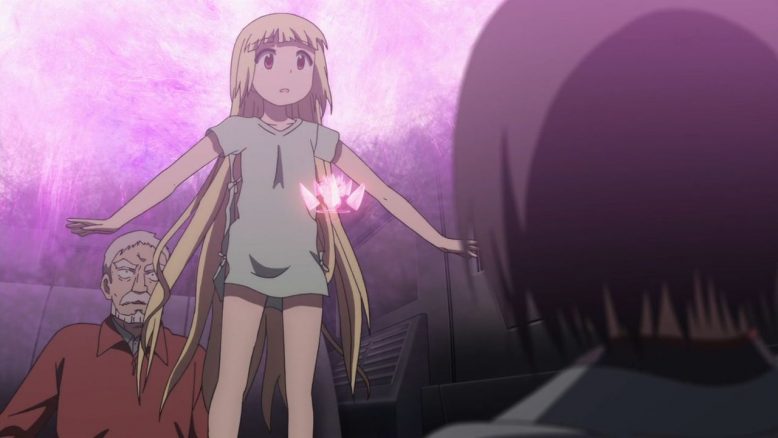 In Minnie C’s articulated rationalization shown in the anime episode proper the mere fact that Sana is not human and is extremely dangerous somehow seemed that it excuses or gives her license to do what she was doing. And lets not fool ourselves – there were times when she was enjoying the process of humiliation, gloating and subdual intermixed with her more split second decisions (like to shoot Sana). In other words, there was the fact that she felt Sana was not human and dangerous AND the fact that she enjoyed some aspects of what she was doing. Those are two completely different things. And in this light it matters not tuppence what Minnie C has gone through. There are others who have experienced such things and do not behave in such a manner. One can (and should, I think) of course empathize and strive to understand where she is coming from and such. But that only goes so far, and (again) in no way “excuses” either the split second, calculated shooting of Sana nor her glee in humiliation, gloating and subduing Sana the way she did. 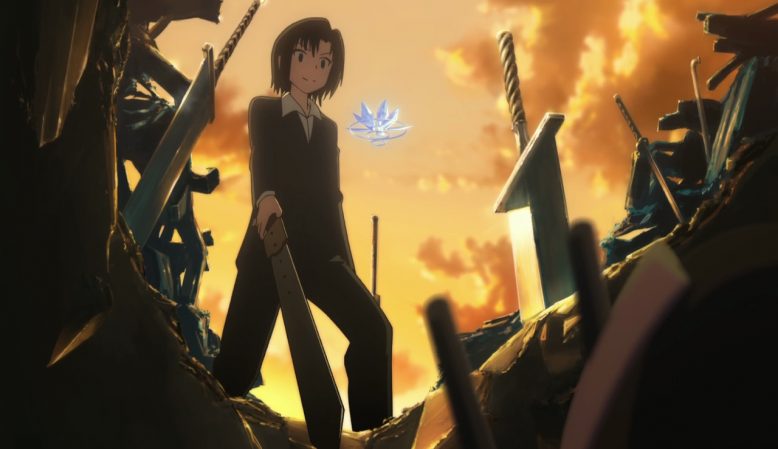 The series is actually touching very generally on a common technique that people adopt (and soldiers too are famous for being able to adopt this) is the “objectification” of someone/something, which then by extension somehow “makes it alright” to act or behave towards it/them/whatever the way they do. Sometimes this is adopted as a self-defense mechanism to shield one from the ramifications of their activities, other times it is an excuse for them to indulge in the aspects of their behavior they normally might not do, and sometimes there is a mix of both involved. I believe the anime is presenting that perspective as something negative and undesirable and giving Zouroku’s perspective based on his “common morality” or “values” or whatever one might call it, and holding the latter up as the “answer”. More than that Zouroku’s “humanity” is shown as something Sana “needs” to more fully become the sort of creature she wants to be.

Whew! As one can see the episode touched on some very strong subjects in a powerful way! Looking forward to seeing where the narrative will be going with the arrival of the Dream of Alice from the “good organization” to save Sana and Zouroku! I have a feeling Minnie C is not going to let Sana go very easily….