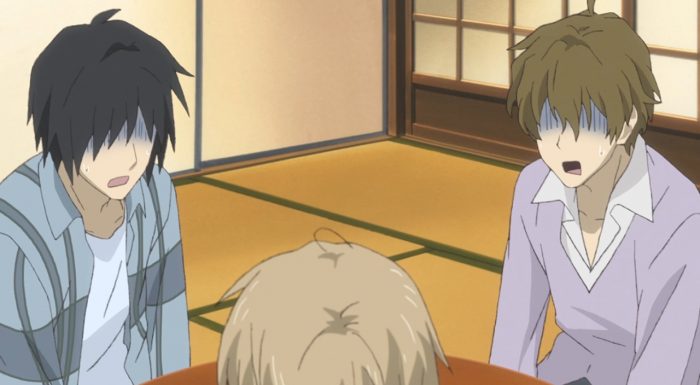 I’ll admit that out of all the characters introduced so far I didn’t expect to see Shibata again. Just goes to show how things can change over time and with new experiences. Shibata was one of those kids who gave Natsume a hard time as he bounced around from place to place. But by the end of this he really is another friend that Natsume can trust. And I’m glad for both parties. Shibata has grown and certainly dealt with a lot with his youkai romance that ended bittersweet. I’m sure being able to talk to Natsume helps since he is about the only person who can truly understand what happened and whom he can talk to about it. Understandably, Natsume didn’t really want to interact with Shibata at the start. I’m glad by the end though that they are now solid friends. 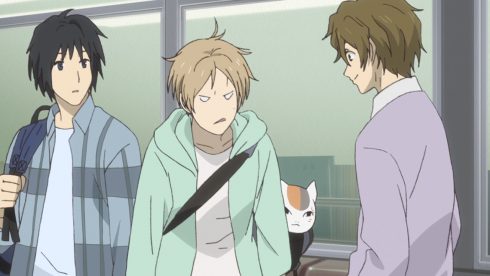 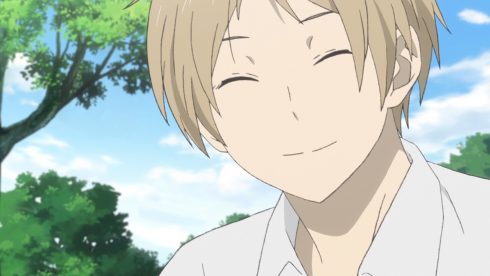 This just worked as an episode where Natsume’s growth was really apparent. It is true that much earlier in the franchise that Natsume wouldn’t have been able to tell Tanuma what he’d seen. He’d keep quiet and try to resolve everything by himself. And honestly I think Tanuma is just glad for how things currently stand. There is only so much he or Taki can do for Natsume, but they just don’t want Natsume to shut them out of his life. Of course it obviously paid off Natsume getting some help, but it is just a good sign of growth for Natsume in general

I think Natsume himself better understands how his friends feel after this one though. He can see Shibata feeling guilty about dragging Natsume into something. But he can understand that it feels good to have friends trust you and rely on you. Interactions with youkai aren’t always pleasant, but it is nice to have friends relying on you. I think for Natsume especially it is a great thing to have people counting on you. Considering his childhood was full of people not believing in him in the slightest it has to be nice to be trusted. 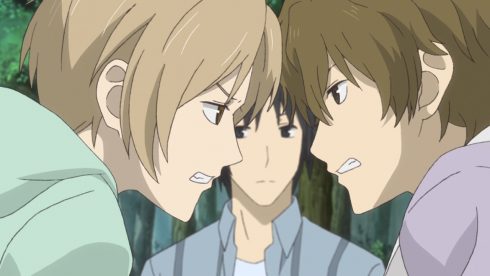 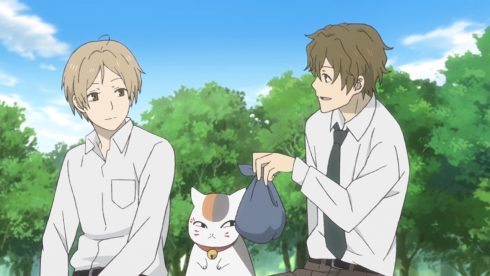 Honestly, I wasn’t a big fan of Shibata after the first episode we met him in. But at this point I think he’s a pretty good guy. He made mistakes and didn’t start out like that. The end result is often just as important as what kind of person you started out as. There is no doubt that Shibata is not the best at making a good impression. His method of inviting Natsume to visit was pretty forceful. But it’s more a sign of an awkward personality than being a bad guy. At least by the end Natsume could understand that he simply wanted to be friends and talk to him. And it was kind of fun seeing him freak out at times in the episode.

Well I’m certainly not a huge fan of Nitai-sama. What a creepy pair of dolls. Just a couple of creepy dolls straight out of a horror movie. No personalities whatsoever, but a desire to chase down someone like Natsume because of the powers that he has. It was a dangerous situation getting the attention of those things. But at the same time I’m glad that kid will be able to sleep peacefully from now on. Honestly who knows what might have happened if those things were allowed to wander around as they pleased. It could have turned into a really messy situation. 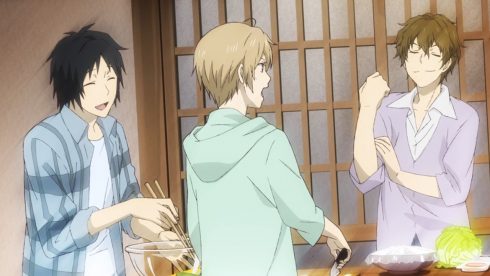 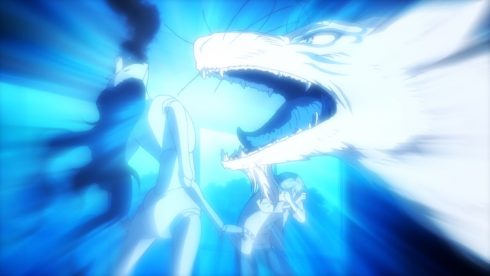 I wonder if Nyanko-Sensei remembers that he is supposed to be Natsume’s bodyguard. There generally shouldn’t be a need to bribe him with food XD. Though I suppose that is Sensei for you. If he wasn’t trying to get some food or booze then it would be some kind of impostor. At least he is there when Natsume really does need a hand. Though I’m not surprised he couldn’t avoid letting Shibata find out that he can talk. That probably took a fair amount of time to explain. Regardless it is nice for Natsume to have one more person he can talk to that knows part of his situation. No one really has a full grasp when it comes to the youkai and the book of friends, but it is a start. Just another really good episode from Natsume.