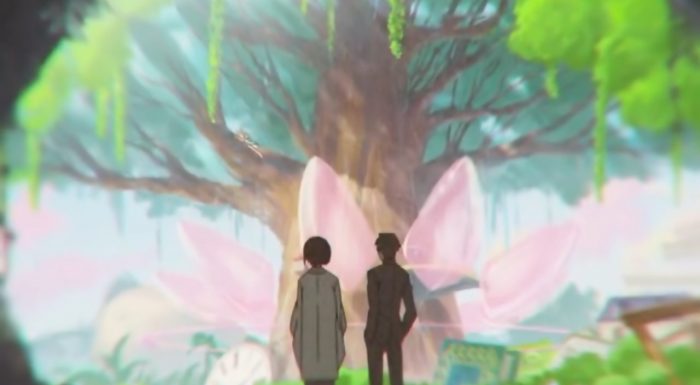 Well, for those who did not like the content of the previous episode, mislabeling it as “more cute girls doing cute things” fluff, and fretted whether or no the series would “just become another one of those series, this episode should allay their worries. Once again it should be remembered that this is a seinen series, and it gets … well, it heads exactly into the srt of territory this episode brought the viewers. Which means pretty serious places, and even rather … dark and mentally unstable … and creepy. Which is fine, of course, as it is doing a pretty effective job on that front – at least in my opinion. 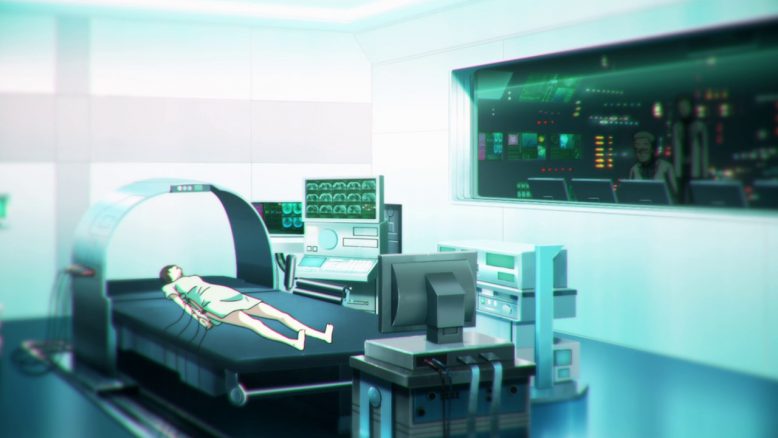 The focus of this episode was around “Minnie C”, the young woman in the first episode who could summon those massive arms and who was sent to capture Sana (aka “The Red Queen”) after the latter escaped from the facility when she saw some of the darker sides of the experimentation they were involved in. Minnie C (again, brilliantly voiced by Mamiko Noto, who is definitely finding yet another niche of her multifaceted acting skills in portraying scary and even psychotic characters) turns out to be an American, and was even part of their military forces. It was in the military that she met and fell in love with her husband, who died in an accident while attempting to disarm a bomb, it seems. It was after her husband’s death that she suddenly gained her ability to summon those arms, and calls them “her husband’s arms”, and her love for her husband has somehow morphed into something a bit unstable and … unnerving, to say the least. 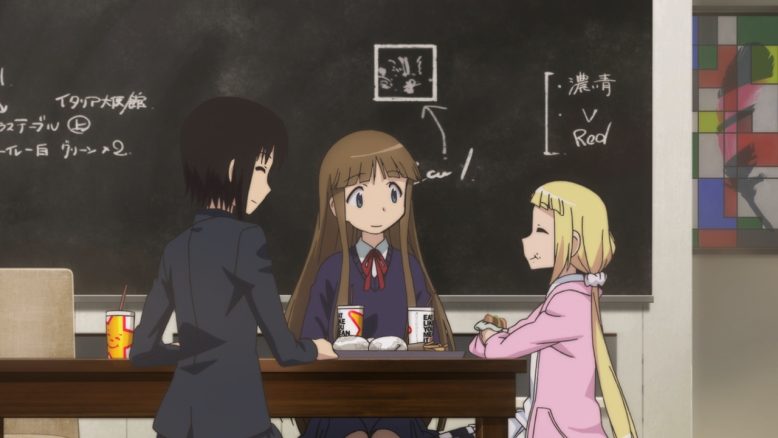 The powers, or abilities that these “Dreams of Alice” possess are called “cards” (as in playing cards), and Minnie C seems to be an exception in developing her cad and becoming a Dream of Alice late in life. In the various flashbacks we are shown of Minnie C’s history we are also shown where she is first brought into the organization (by her own free choice) and is shown Sana for the first time. And in her so being shown we, as the viewers, finally are able to get a little bit of a perspective on just how inhumanly amazing and powerful the Red Queen. Essentially she possesses multiple cards, and apparently has an enormous store of power she can call on to do … pretty much almost anything she wants as seen from the outside. The actual nature of her powers, though, and perhaps that of the Dreams of Alice as a whole, are still being studied and there is quite a bit about them that remains hidden and unknown. 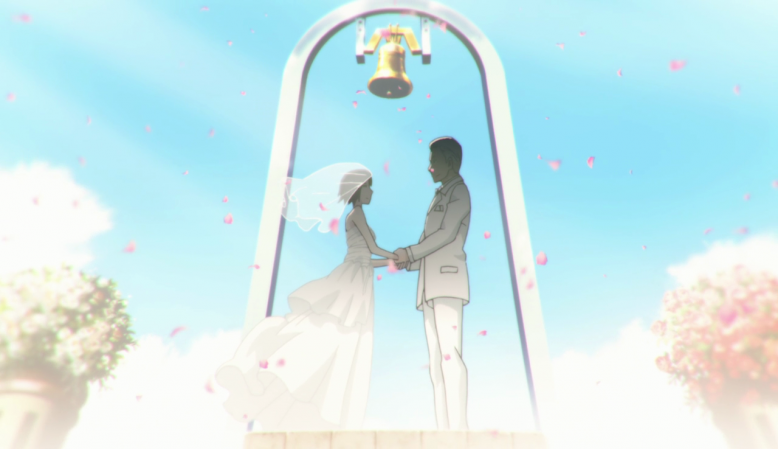 While Minnie C is sent out by the Lab to recover Sana, we also discover the existence of yet another group who apparently wants to protect the Dreams of Alice, and even has some of them amongst their members. In fact, the computer hacker in the van that we caught brief glimpses of in the first episode right before the conflict between Minnie C and the sword wielding maid seems to either be a member of that organization or at east have ties with it to a degree. This same hacker shows up again in this episode as a helper to a young woman who is an assistant to the d man who is an acquaintance of Zouroku and who is herself one of these Dreams of Alice. There is an outside chance that she might even be the sword wielding maid, but I think it more likely that the latter is a co-worker of hers. 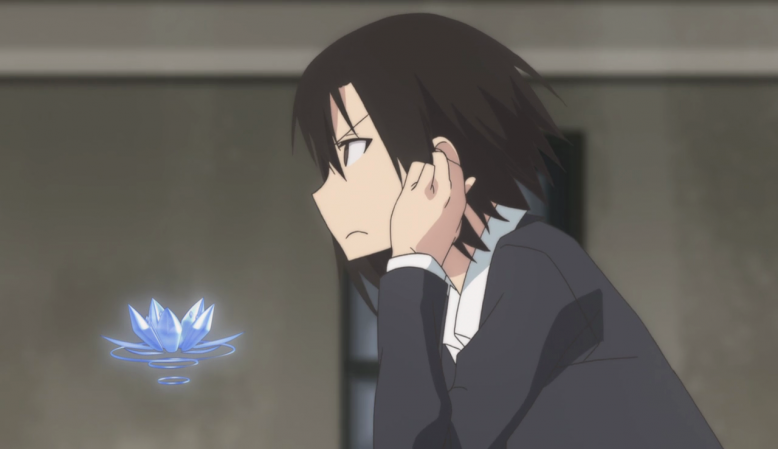 The episode certainly ended on a cliffhanger … not only did we get a glimpse of how crazily powerful Sana is and how mentally disturbed Minnie C really is deep down (heck, even the other Dreams of Alice are creeped out by her), we also see that Minnie C is obsessed with somehow bringing her husband back (whatever that means) and Sana is regarded as the key to that slim possibility. Therefore her fleeing the facility is taken by her in a sort of logical and semi-twisted way as a direct threat to what may be the most important thing in her life at the moment, and she is not beneath ruthlessly, cold-bloodedly killing people who get in the way of her striving. Sana kidnapped and pinned by the Minnie C’s summoned arms while she monologues in a frankly terrifying way would be enough to freeze the blood of many a person out there.

I can’t help but wonder what is going to happen to poor Sana! Maybe the sword wielding maid will show up again? Or the new Dream of Alice who was very kind to Sana? Or … something else? Gah! The next episode can’t come too soon!