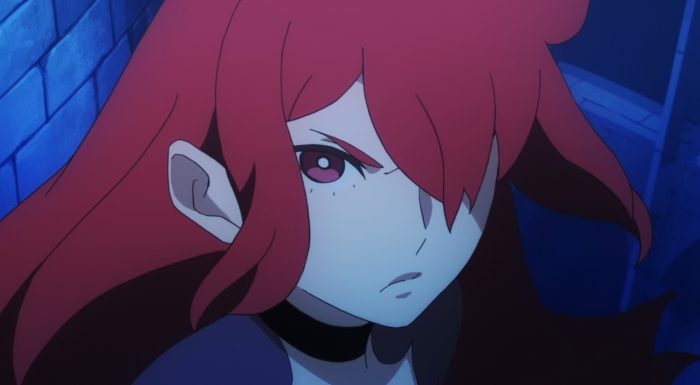 Well this was certainly an episode where Chariot got to shine. For the first time in a while we really got to see what she is currently capable of doing. Honestly, seeing Chariot going all out for the first time in the show was something fun to watch. It was a bit test by Croix to see where Chariot’s abilities currently stood, but that hardly matters. It does show how far she was willing to go in order to save Akko. In a lot of ways I’m sure Chariot is finding some enjoyment and reward out of her Ursula identity and being a teacher. But there are times when that identity isn’t enough to resolve a situation and this was one of those times. 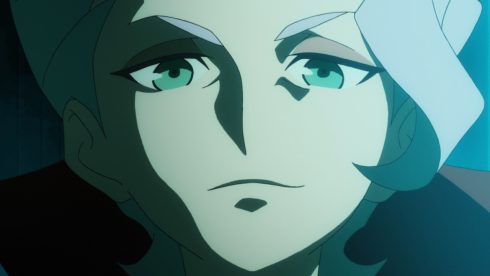 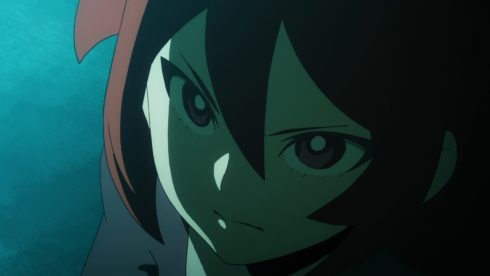 It all does just make me wonder what exactly happened with Chariot in the past. The point has been made clear that she is definitely not at her peak any longer. Why did she no longer continue to carry the Shiny Rod? There is a story to be told there and I’ll enjoy actually seeing it. Was the magic she gained from the fountain just a temporary thing? Did she lose a lot of power because she couldn’t revive all the words within some kind of time limit? Was there something she had to fight (like Croix) that over time drained away at her energy? There are so many questions and sadly we know the answers to few of them. I have no doubt they’ll get to it eventually with a big flashback, but I do wish we’d get there already.

It takes nothing away from the show she put on when going to save Akko. That was a good show of skill and guts. Obviously she isn’t at her best right now and really had to push it. But in a lot of ways that just makes it better. When someone has to dig deep and doesn’t have all their cool skills available it does lead to some good moments. Fighting off some giant stone golems was great. She had to deal with warriors, creepy golem spiders, and even a beam spam from those flying drones that Croix has. She was ready to go at Croix as well. Luckily she didn’t find anything interesting enough to fight Chariot over and let her walk away with Akko. 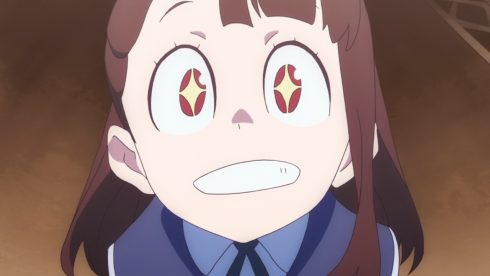 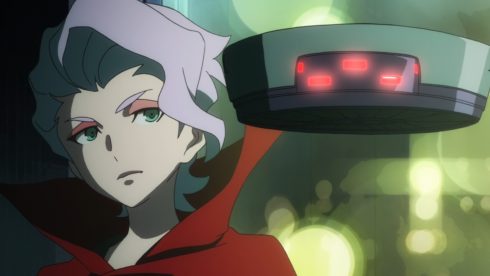 They didn’t waste that much time in further establishing Croix as the villain; which is going to suck for the kids who are enjoying having magical tablets to use XD. A fair point was made that when the crossover gets too extreme it does feel like magic is just turning into science. But, I’m not sure I fully agree with that. Magic can still just plain do things that science can’t. Some props to Croix for taking some obvious ideas and running with them. Why not copy a lot of scientific advancements? The whole router idea is so obvious that it’s a shame no one else considered it. Of course it also reflects Croix’s personality when she gives herself sole credit. She probably did come up with it herself, but it does line up with Chariot’s line about her wanting everything. Some people want it all. 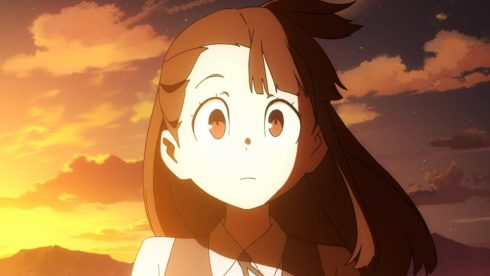 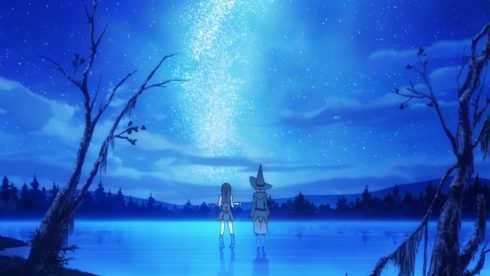 It was nice for Akko though that she got that moment with Ursula. There was just no more time to hide everything from Akko. I can get why she held up on revealing the Chariot side of things. Akko’s motivation is so heavily tied to Chariot that if Ursula revealed the truth now…it might impact Akko’s ability to chase her own dreams. Right now it seems like awakening the seven phrases is the immediate path ahead. Akko will chase that down in order to get closer to Chariot. Things obviously won’t work out perfectly and Akko will find out the truth in a less than ideal situation, but such is. I still enjoyed that scene with her and Ursula talking about the truth of the Shiny Rod.

And now we’ve got an immediate path forward; Akko trying to revive the phrases and Chariot keeping an eye out on Croix. There is no doubt that Croix wants that power for herself and to use it as she sees fit. It’s an interesting thing how she and Diana are similar geniuses, but they probably won’t get along very well. Nothing shocking in finding out that Chariot was more similar to Akko than Akko would ever have guessed going into Luna Nova. I’m looking forward to seeing where things go from here. Will Croix continue to try and get closer to Akko or has she mostly lost interest after her examination? What will Diana do going forward? If nothing else the second half of this show should continue picking up steam. The plot is ready to go and we just have to see what will result from all this.