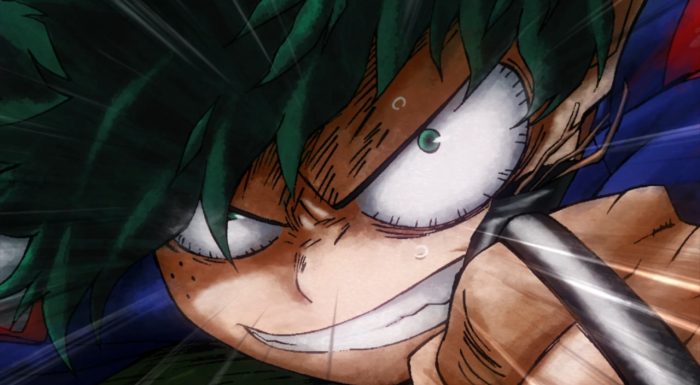 This is turning into a really entertaining competition. I guess when the competitors have super abilities they can do some pretty crazy things for each event. A normal obstacle race ended up having giant robots, minefields, and huge pitfalls. Though I’m hoping the pitfall area had some kind of net at the bottom so you know…people wouldn’t die. Regardless this was a really entertaining episode and one that made you feel like this show is starting to pick up momentum. It was pretty fun just watching the characters deal with the various obstacles thrown in their path. While Deku took the spotlight at the end it allowed new and old characters to shine a little bit. We have a better idea of what some of the new characters are capable of, but also how the main cast will handle these events. 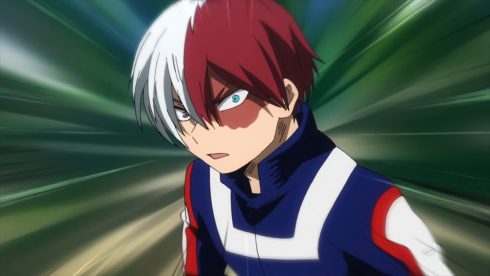 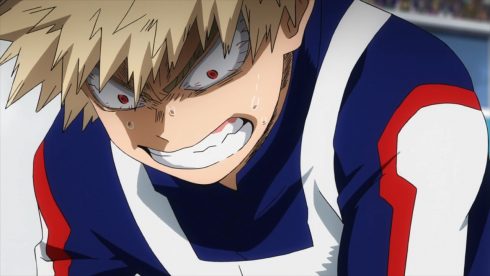 The big thing was Deku’s big move at the end. That he pulled that off without using a quirk kind of throws water on the general studies group or B class. You don’t need an amazing quirk to succeed in that event if you are using everything you have available. It’s nice to see the growth Deku has gone through at this stage. When he first ran into those robots he couldn’t get a single take down and was overwhelmed. But now he’s able to think and defeat the normal level enemies. He may have considered his picking up of that metal plate luck, but in the end it worked out. If he didn’t use his head and realize that thing might be useful then he wouldn’t have had a chance. Not as if other people didn’t ignore that thing when they could have used it later.

It was purely fun though to see him just rocket past everyone. Todoroki and Bakugou were just going at it and battling for the top. But then you have Deku just launch himself past them and create a three-man race. It wasn’t a perfect plan, but Deku also showed his tenacity. He did everything possible to take the lead and then hold it. He deserves acknowledgment by the public and his classmates. This guy isn’t just something from the middle of the pack; he’s a contender to win the whole thing. He wasn’t at the front until the very end, but that’s the point when he took the lead. This does put a bounty on his head for the cavalry race, but that’s what happens when you sit at the top. 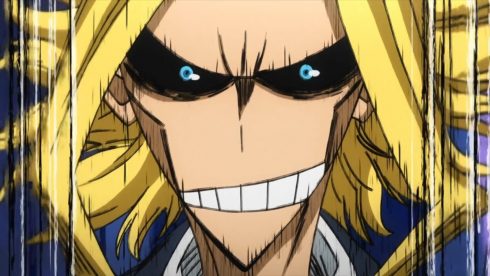 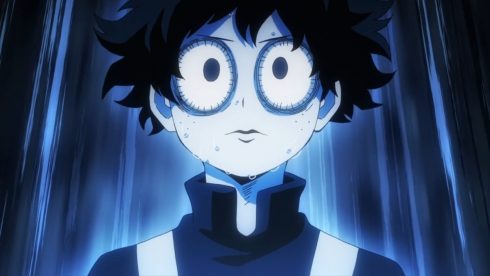 It is impressive how many outside of Class A finished near the top though. Aizawa made a fair point this episode in how that attack on the USJ changed these guys. They got a sense of the pro world by facing dangerous threats and protecting their own lives. That has taken away a lot of the hesitation in this kind of school event where the threat level is far lower. Though that doesn’t mean they’ll automatically do better. There are a lot of factors involved in how people finished. Someone like Momo only finished 17th in the race. She had a recommendation like Todoroki, but this particular event didn’t play out to her strengths. Though maybe it just didn’t help that she was carrying around someone like Mineta…

The Cavalry Battle will be an interesting one to see. Deku has a big bullseye on him and everyone will be gunning for him. But at the same time if he’s worth so much on his own then he probably doesn’t have to do a lot to make it through to the next event. It is an interesting contrast to the race. This event is all about team composition while the race was individual efforts in various circumstances. Right after all these people had to race against each other they have to change gears and assemble a strong team. Though hard to say how easy that will be; may come down to personal relationships, tactics, and point value. 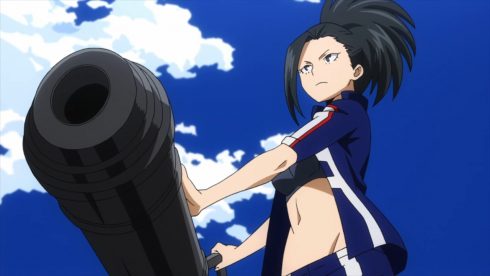 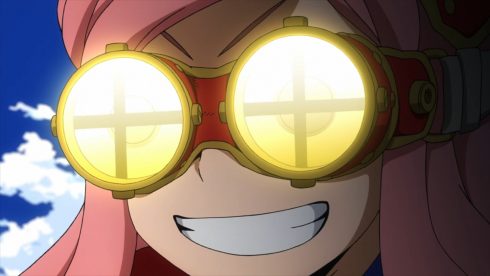 As a whole this was just a really entertaining episode. There wasn’t much going on outside of just seeing how the characters dealt with the various obstacles in the race. But the entertainment factor was really there. You can definitely see why this sort of event has basically replaced the Olympics for these people. It’s just fun watching people with powerful abilities deal with various obstacles. There are a few people who stood out and are likely to be big factors for the next round. The inventor girl showed how tech really can even out the playing field. There is a reason why costume designs actually matter for these characters. And one can expect the creepy guy who hasn’t really done anything to make an impact sooner or later. I can’t wait for the next episode.