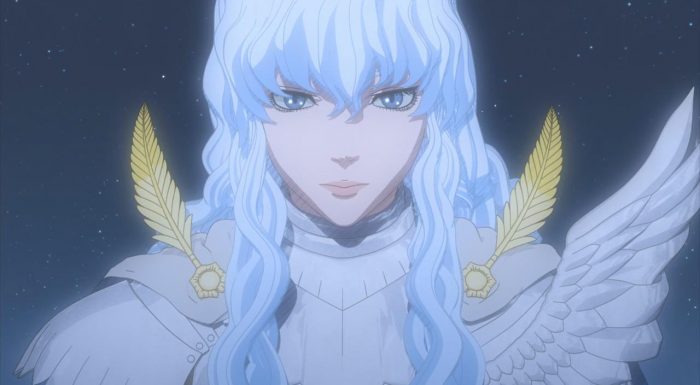 The focus shifted this week from Guts to Griffith, and with it, came an episode that felt pretty inconsequential in the grand scheme of things. It’ll be interesting to see if the series continues to flip flip focus between Griffith and Guts, and how engaged audiences are with each individual story. There’s definitely two parallel stories running through their motions in Berserk right now, one that features Guts and his quest to get Casca to safety, and the other featuring Griffith and his conquest of Midland. 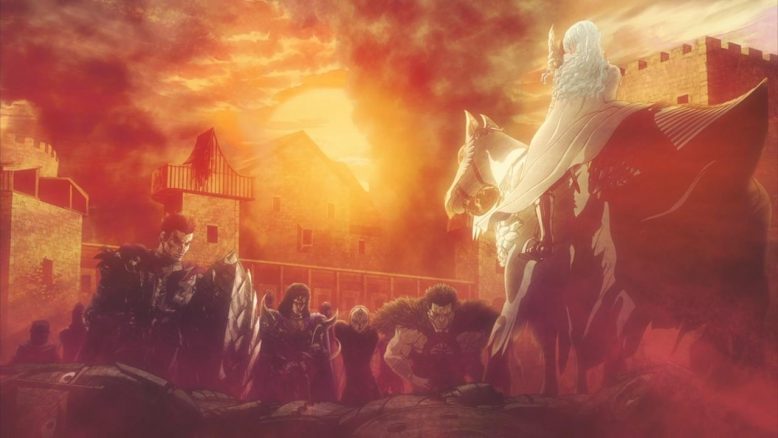 To me, the Griffith part of the story is just not that interesting. Maybe its because I not only read it in the manga, but remember it a lot more, or maybe its because the whole “creepy savior” vibe that Griffith gives off feels… off. Either way, this episode was primarily focused on Griffith gathering a bunch of warriors and individuals to form what is his new “Band of the Hawk”.

What’s perhaps most startling, is how little Griffith has changed after everything has happened. He’s still pretty much creating a family and an army that is happy, drawn to him and has a sense of purpose. If anything, his transformation/rebirth is actually making him an even more effective leader and figurehead. There’s an undercurrent of cruelty to it all though, considering what Griffith ended up sacrificing to make it all happen. 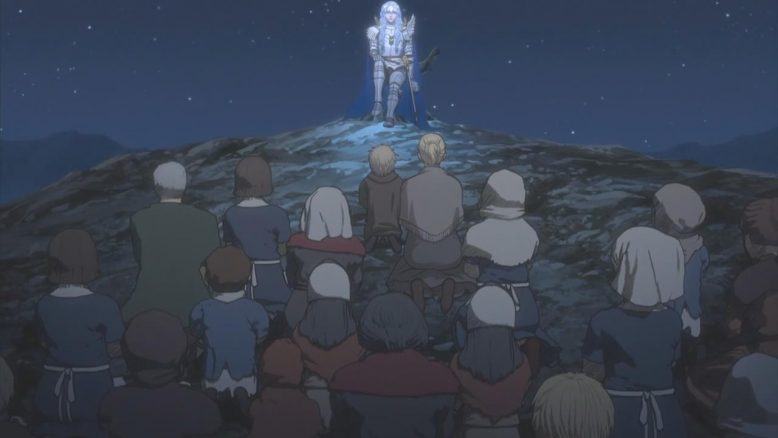 While I didn’t find Griffith basically winning at every battle and getting capable allies left and right this episode all that endearing, I can’t deny that the new Band of the Hawk has its own new interesting dynamics going. There’s a weird “off quilter” vibe to the whole thing. We demons and monsters fighting alongside humans, and even Kushans and Midlanders fighting together.

The episode’s latter half actually focused on a young noble and soldier, Mule Wolflame and his ultimate swearing of loyalty to Griffith. Through this whole event we also got to meet another prominent character in the Band of the Hawk, The Seer Sonia. It was Sonia that led Mule all the way through the camp and To Griffith, and through that trek, we get to see the kind of place that Griffith is building. The exploration of it all is nice, but again, there’s that sense of something being fairly “off”. 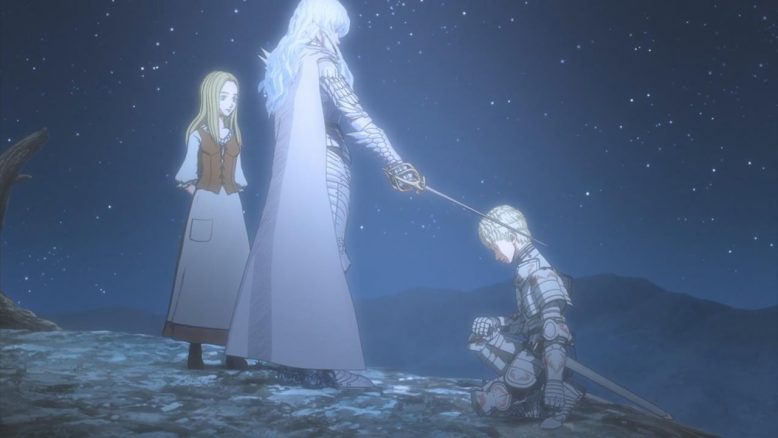 That feeling of unease just goes off the charts, I think, when Mule actually ends up offering himself to Griffith, seemingly not of his own free will. There’s a power, a draw that Griffith has now, and it almost compels people to join and serve him, regardless of whether they actually may want to or not. Its a different dynamic to the one we saw in the old Band of the Hawk, where Griffith’s personality and charm brought people to him. This Griffith actually feels cold and empty, in a lot of ways.

And beyond that, there’s really not much to say. Griffith has a pretty powerful army, that’s winning battles and growing. In all honesty, it seems like Griffith has some serious cheat codes on, and hence I don’t even see the value of his accomplishments. But more to come on that, I’m sure, as the weeks go on. 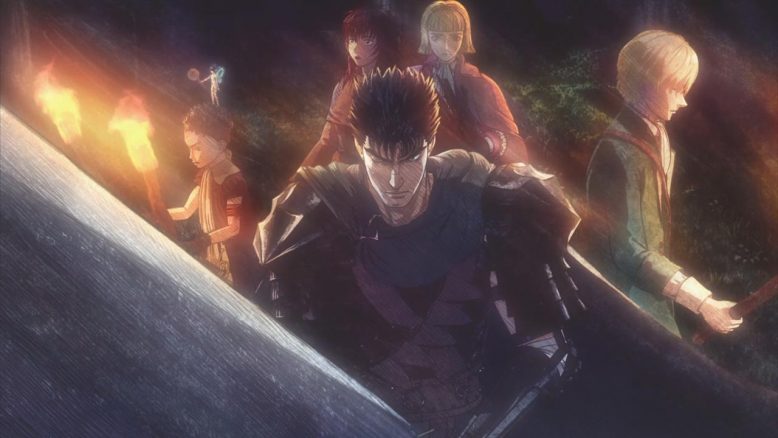 On the other side, we had Guts allow Farnsese and Serpico to accompany him. The reasons Guts allows them to join are pretty understandable, he’s afraid of simply being alone with Casca and what he might do if others aren’t around to give him some reprieve. Its definitely not an easy situation all around, as Guts is fighting both the monsters that come out at night, and himself. Its also kind of weird to see Farnese act as noble as she does, after all that we’ve seen from her. The manga did a really good job of showing how much Farnese understood what she was, and how much she had to atone for, so I’m curious to see if the anime is able to convey that with the limited time that it has.

All in all, a slow but decent episode of Berserk. I have a feeling that things will vary a bit based on which side of the story we’re on, at least for me. I am curious though, to those watching Berserk and reading these posts, How was the episode was for you? Did you find the Griffith stuff endearing? Or was it an annoying detour from the story that Berserk has always featured, that of the Black Swordsman Guts?