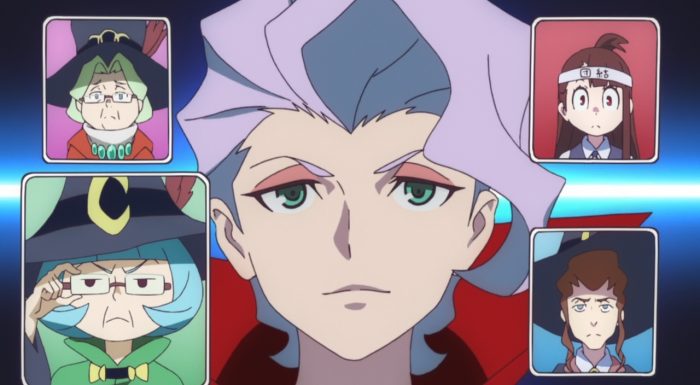 Well it certainly feels like the second half of the series has begun. This episode introduced presumably the main antagonist and created a good potential threat going forward. It’s not like technology is a bad thing and honestly if anyone else was introducing that stuff it might have seemed safe. It’s just hard to trust someone who is clearly suspicious and manipulating events for her own benefit. And Croix can get away with all of this because the other teachers are mostly stupid. And in some ways it really is a dangerous situation. Being able to store magic is actually a really good idea. Using a limited resource efficiently is a good thing. But when you can absorb magic and store it…that makes you all powerful. Croix has the tech to steal magic and divert it however she wants. That’s dangerous power. 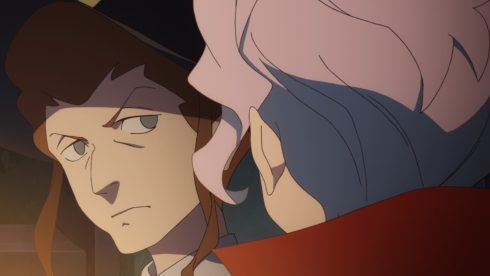 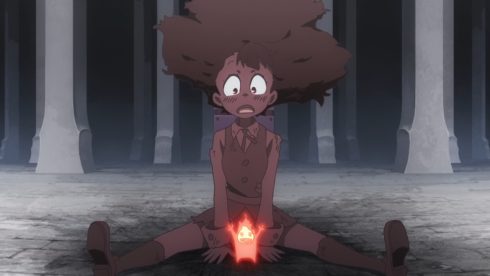 It is too bad when the unlikable traditionalist is the one most correct about a situation. Croix just waltzed in there and overthrew a lot of rules in one go. And sadly we know she is up to no good. I don’t know if she incited the spirits to strike in the first place, but she likely gave them tools. It is remarkably convenient she was there in time to save the day more than once. And she was certainly behind the attack on the spirit that lead to the uprising in the first place. The scary thing is that her machines can literally suck up the energy from those spirits. They don’t even realize that the witches now have the tech to prevent any uprising from ever happening again.

They have a tough line to walk here. You don’t want to demonize technology. Like any kind of tool it isn’t good or bad. In fact adding certain kinds of magitech would be good for the school. They do tend to be a bit too obsessed with traditions (like that stupid dance). It’s just a question of how much you introduce and what methods might still be better to use. I just hope they find a good way to handle this. Just making technology or new methods evil doesn’t really scream of good storytelling. Hopefully they know what they are doing with this. 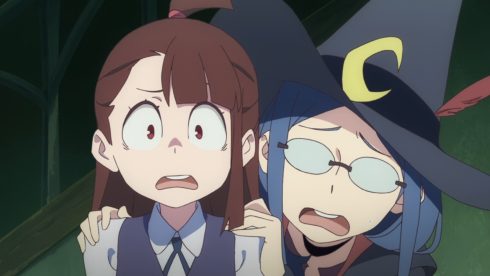 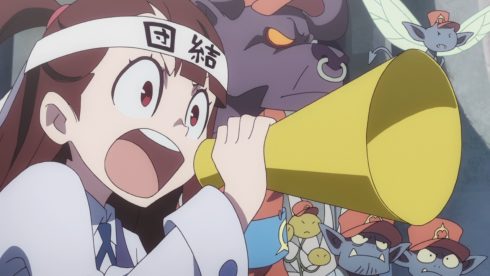 Akko had an interesting ride. It is frustrating that Ursula couldn’t tell her the truth earlier. With Croix poised to be the antagonist this is going to make things difficult. Although if Ursula drops the Chariot bomb then she should still have more than enough pull on Akko. Croix’s new age tech is something I could see Akko being extremely open to. She isn’t remotely shackled to the traditional methods like most other witches are. Akko’s ideal is still Chariot and that should still mean something. But with more time I could see Croix being able to slowly lure in Akko. How Ursula deals with all this will be critical in the near future.

It was a fun thing seeing Akko and Diana clash like that. There is nothing unusual in Akko running based on her gut instincts and leaping in feet first into a conflict. Diana is having a tough time getting a full picture for Akko. And being clashed with like that just made her pull back to her original opinions of the girl and not understanding her enough. Though fault in there also rests with Akko who picked the fight and dragged Diana’s personal standing into the middle of it. Akko isn’t wrong to stand with the fairies and workers. They literally need access to magic to function and it’s understandable that they want more. You can’t just tell them to put up with it and move on. It was just a complicated situation and not one where one side could immediately get what they wanted. 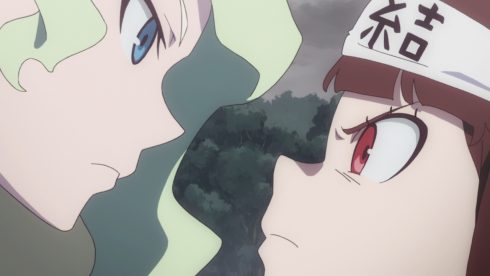 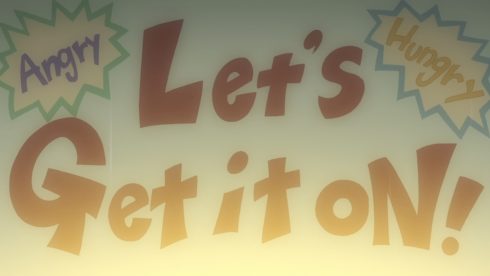 And now here we are. I’m curious to see how things turn out. I wouldn’t love the idea of seeing Croix manipulating Akko. And I do want to see Ursula reveal the truth and step out into the spotlight a bit more. I simply wonder what Croix’s big goal is with all of this. Is she planning on taking all the magic for herself? Is she actually involved with the decreasing amount of magic somehow? Will Shooting Star finally show up and not just appear in newspaper clippings (it currently is flying around Japan)? This was an interesting step forward and setting up conflicts. And we still have Akko needing to revive the other four words. Here’s hoping they know what they want to do with the second half of LWA.