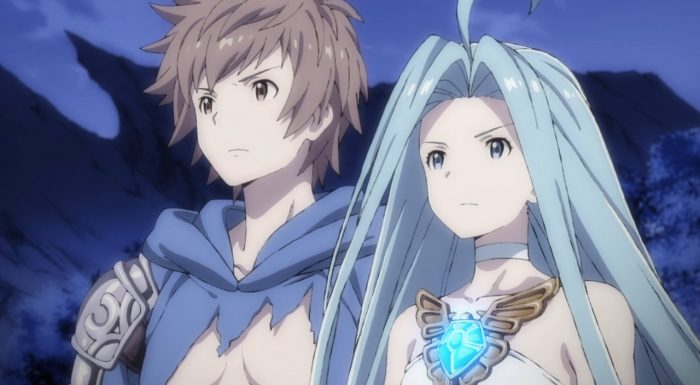 This may technically be a show that debuted months ago…but it is a Spring Season anime so covering the first episode now is ok. In the end this was still a really solid first episode. This is another anime based on a mobile game. And yet it has the feel of a classical fantasy series. Visually and in terms of the story it has that kind of tone. But that works with me. It is nice to just jump into this kind of fantasy world without having any actual ties to a world similar to our own. Nothing wrong with a setup that includes flying islands XD. It is just a fun atmosphere with the need for air transportation to really go from island to island. 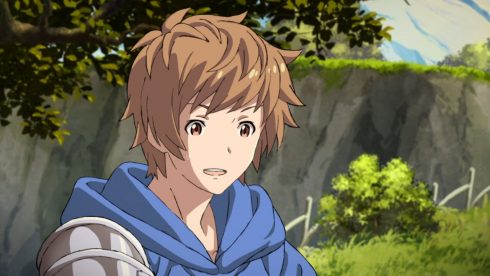 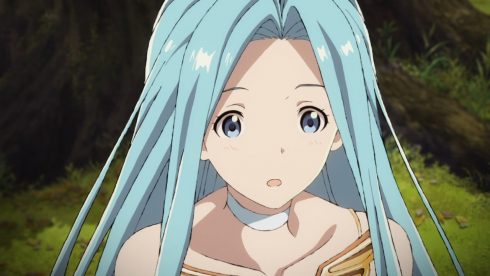 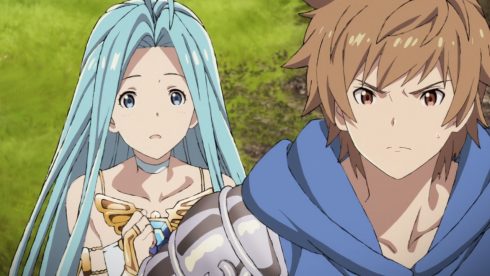 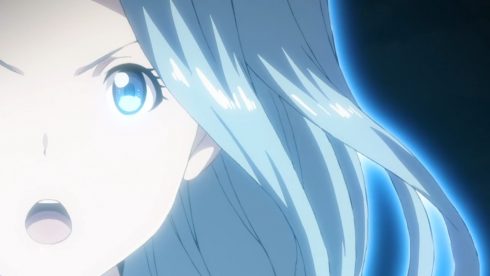 Though the first episode has more focus on the smaller scale. The big thing is Gran meeting Lyria and how everything really is going to change from this point onward. It is kind of refreshing to have a lead in Gran who is just competent. He’s got room to grow and improve, but he’s actually able to hold his own out of the gate for this show. And it actually makes sense for that to be the case. This is someone who has wanted to follow after his father for most of his life. Gran knew for years that he’d be leaving that island and he’d have to be prepared to take care of himself out there. The majority of people on that island may not be very combat oriented, but Gran had reasons to buck the trend there.

So far I like Lyria as our female lead. It is no wonder she has needed help with the hand dealt to her at this point. She’s been used for experiments and basically been given no room to grow until Katalina decided to change things. Lyria is a bit of a mystery all around, but a pretty likable girl at this stage in the story. With the potential and power that she has, it is just a given that these guys aren’t going to be leaving her alone any time soon. The scary thing is that they can add some pretty impressive looking monsters to their forces thanks to the experimentation and tests they ran on Lyria. Good thing that she and Gran can call in the bigger guns. 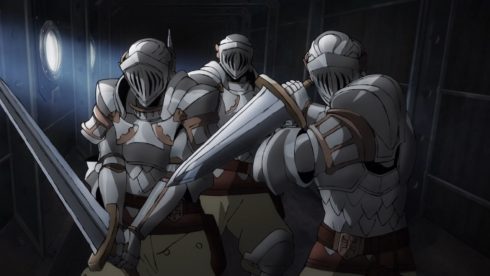 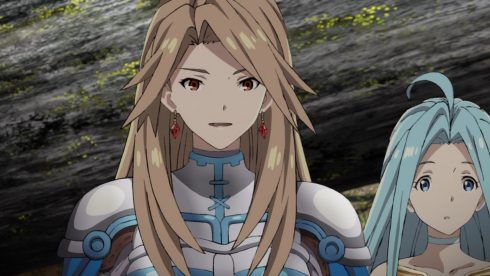 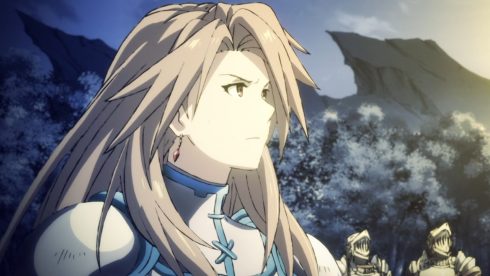 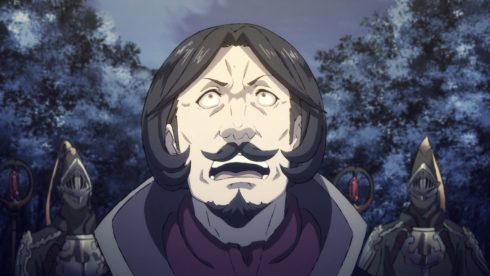 If nothing else have to respect the skills of Katalina. She’s got confidence in her own abilities and will risk her life for what she feels is right. It was a risk all around to try and get Lyria out of there, but she went ahead and did it regardless. You can feel the guilt she has for the behavior of the Empire that she’s followed. They are doing nothing but making her feel ashamed. It has to hurt to see the dark side of that organization and feel like your own actions are causing trouble for others. No matter if she feels it was the right thing to save Lyria. You can feel like you are doing the right thing, but still feel bad that the consequences of doing the right thing is danger coming to others.

The end of this episode was a really strong one. You had the main character basically getting gored and on his deathbed. That was a fair amount of blood and not the most comfortable way to go. It was a good chance though for Lyria to step up and make her own decision. Not simply being protected by those around her, but choosing herself to save someone. The other side didn’t make it easy on her, but good on her for doing everything possible. Plus I can never complain when people decide to summon a dragon XD. 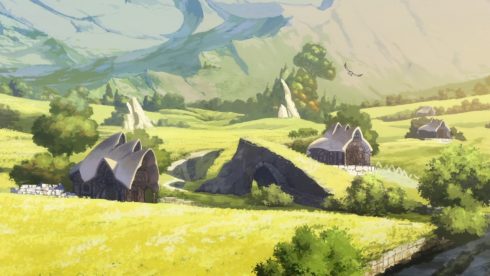 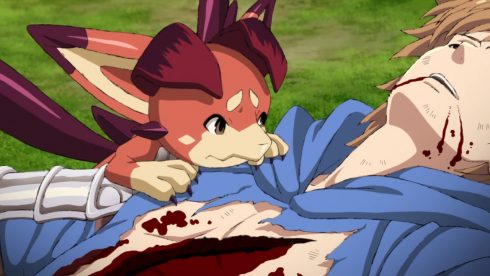 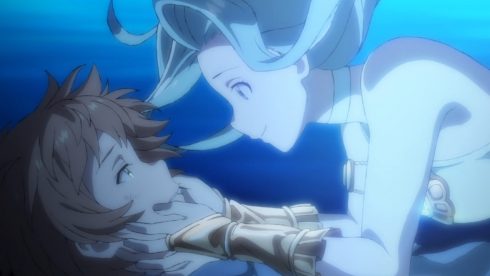 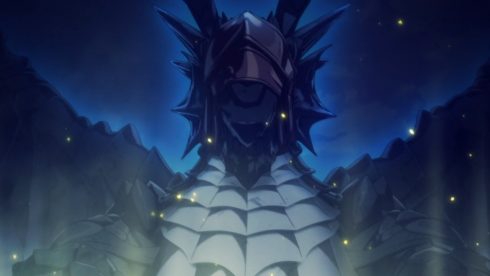 This may not be the best show of the season, but I feel like it will be an enjoyable one. It has the makings of a solid fantasy series with a visual style that works for me. With the amount of good shows coming out this season I probably won’t be picking this up, but I felt like this was a good time to finally review the first episode. So far I like the main cast, the action works, and it has the makings of an enjoyable ride. Hopefully the entirety of the show lives up to the first impression.

in Granblue Fantasy The Animation