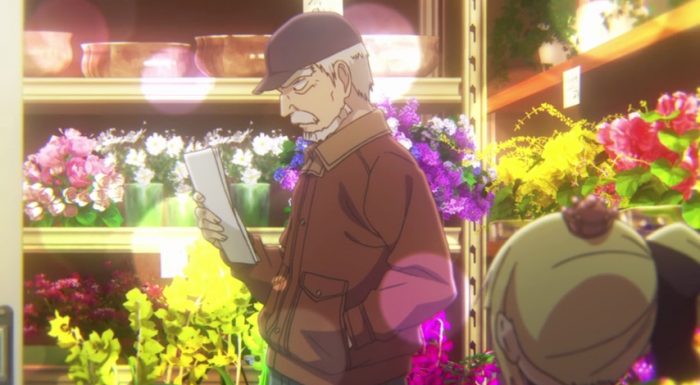 Coming into the new Spring season it is a delight to have the chance to compile a first look post on one of my most anticipated series of the season proper. My familiarity with Alice to Zouroku is initially with the manga, yes, and only some of it’s earlier chapters. The series is placed in the seinen demographic by the publishers, and it eventually went on to win the Newcomer award for the year it came out, but even so it has somehow not gathered much attention either by companies outside of Japan nor fan translators – alas. Often when an anime series is made it will catalyst the source material being made available for all, and sure enough Seven Seas has licensed the manga! Crunchyroll announcing their picking up the anime adaptation for simulcast wrapped up everything nicely with a pretty bow for English speakers. 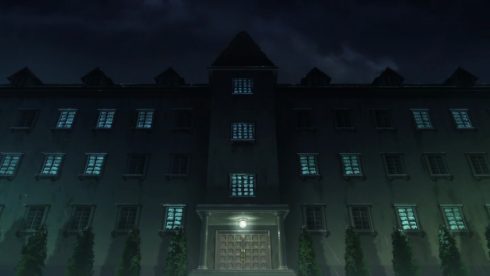 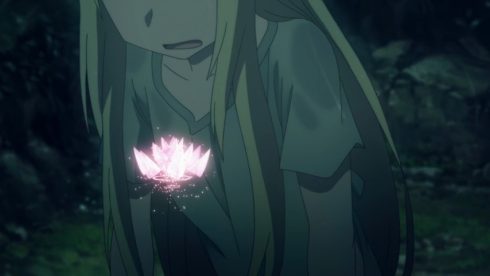 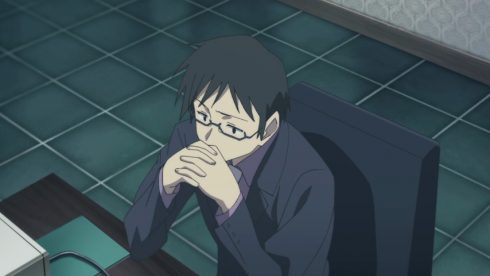 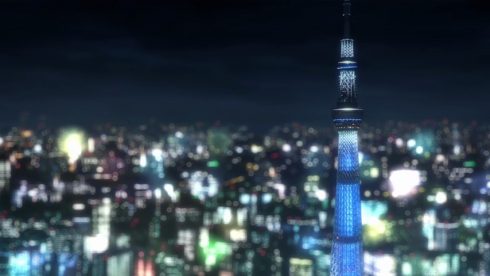 For those unfamiliar with the premise of the series, here is a summary (actually a summary provided by the above mentioned manga publishers Seven Seas): “A group of young girls possess a mysterious power known as “Alice’s Dream,” which gives them the ability to turn their thoughts into reality. Detained and experimented upon, these youths are locked away in secret until one of them manages to escape. Her name is Sana—a girl with the power to ignore the very laws of physics. When this willful powerhouse crosses paths with a stubborn old man named Zouroku, his carefully-ordered life will never be the same again!“ 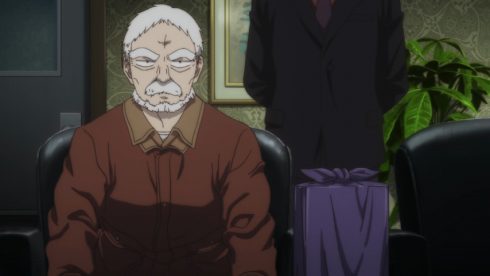 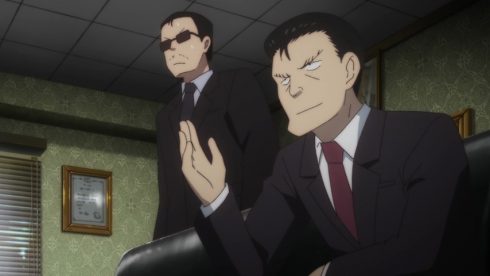 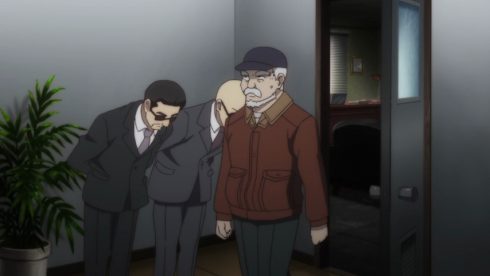 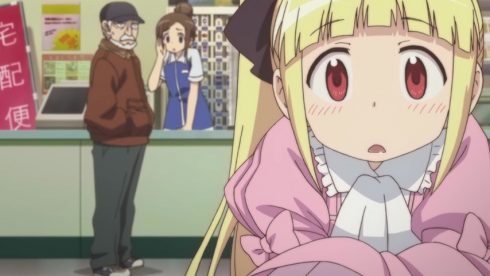 As to the series itself … the general idea of young girls with super powers being experimented on in a secret facility and escaping has been utilized in anime before – perhaps the most famous is the powerful Elfin Lied; in recent years we also had Brynhildr in the Darkness (while I enjoyed the former the latter did not work as well for me). But probably the main element that makes this version of that story element lies in the male lead: Zouroku is an elderly, rough-and-ready, gruff old man who is stubbornly principled and highly independent. Curiously he makes his living as a florist, and appears to be quite skilled and well reputed in the business, having as his clients even Yakuza bosses. (In many ways Zouroku’s personality thus far seems far stronger than any boss or leader sort, as if he had been in the military for a time, even – perhaps we will see more of this if his past is touched on.) 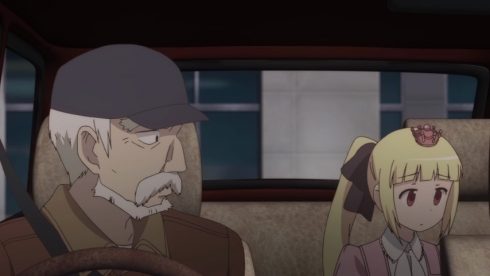 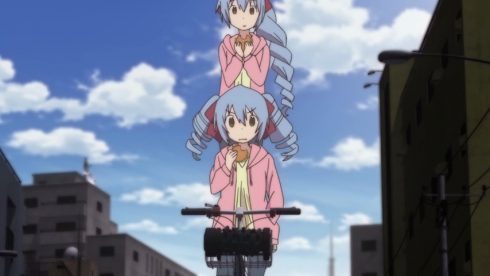 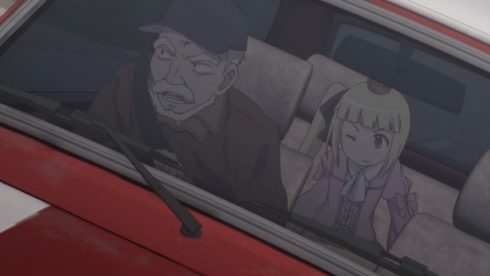 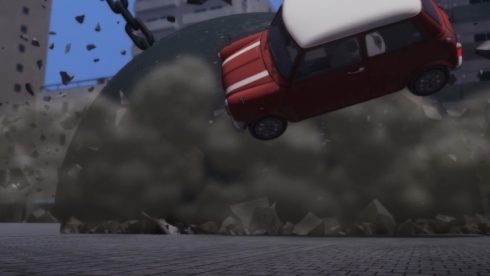 The dynamic created with the female lead – the impulsive, sheltered, young Sana – is essentially that between a grandfather and a grandchild, and in many ways seems ideal for both of them. The strength of Zouroku’s character, I think, will be a factor that will not only make this series stand apart from many others, but it will also endear many a viewer to the series as a whole. I found myself quite interested to learn more about him, and looking forward to how his interactions with Sana will both catalyst Sana’s growth and change as well as affect him. However I also find myself quite interested to see how (if at all) he will become involved in helping Sana with her goals and hopes at freeing her friends still imprisoned and experimented on in the facility. 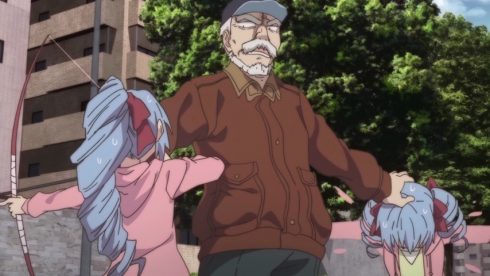 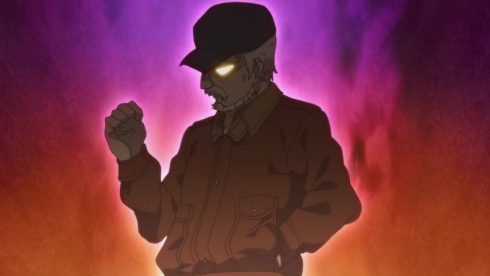 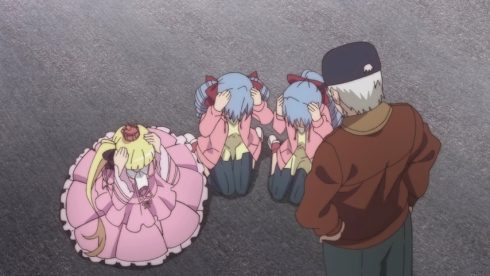 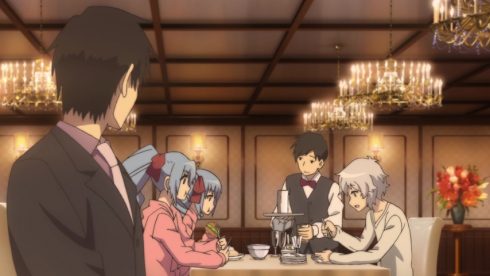 The characters and the story seem quite good, and the VA work (especially by Zouroku’s actor) is also plenty fine. The audio elements, background  music / soundtrack and the ED itself are also all quite well done – which is something that I appreciate in particular, so it clicked well on that front. But without a doubt the element the biggest problem with the first episode (did I mention that it was a double length episode?) is the animation, which is actually rather surprising. In the past few years the animation and art of few series I followed made by J.C. Staff were quite lovely (Flying Witch, Amanchu, Urara Meirochou), but this … while the “normal” animation was only “okay” the cgi sequences (especially during the “chase scenes”) were really, really clunky. It was downright disappointing to see. 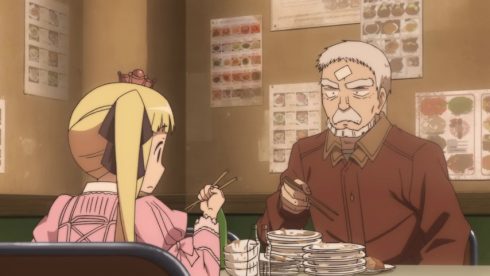 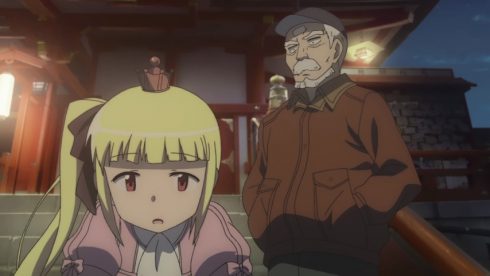 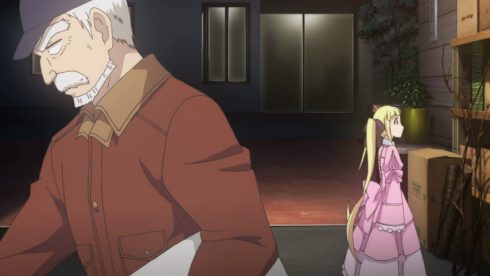 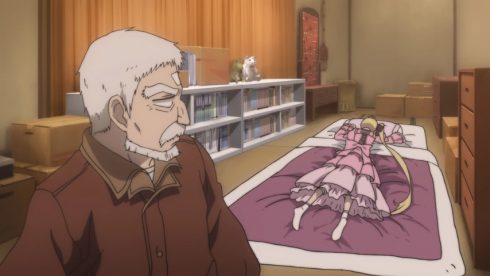 However even with that the strength of story and the characters and the eve to which they engaged held more weight in the long run: I enjoyed the first episode quite a bit, but wished I could have enjoyed it more – even a consistent “average level” animation budget could have notched the series up quite a bit. Even so there are still questions I find myself wondering about on Sana’s side of things: who her friends are, who the lady was who helped her make the final step in escaping the facility’s searchers, how long the facility has been in operation (it seems there were at least two young adults in their late 20’s or so who also wielded the same powers), etc., etc. 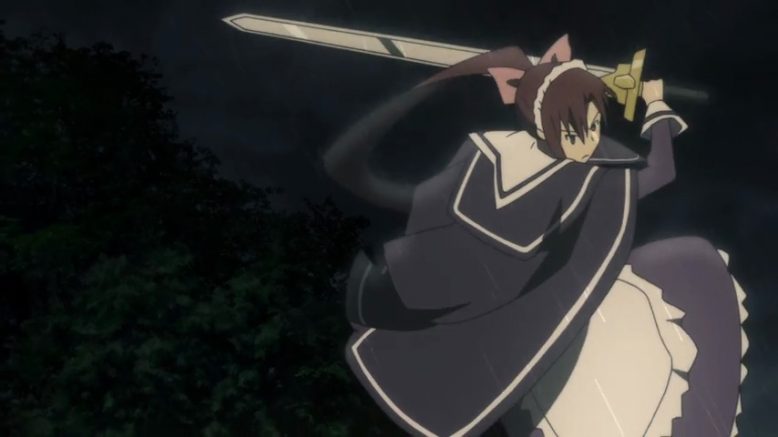 Sana’s mysterious benefactor is a sword wielding Maid with the same sort of super powers, it seems….

Overall I would probably have given the first episode of Alice to Zouroku a B rating … but I also think it has potential to blossom a bit more – and I think much of that blossoming will center around the characters. Their interactions, bonding, disagreements and growth will be the heart of the series, and even should the visuals continue to be of the same quality as shown in the first episode (hopefully not) I think the overall result will be an engaging and enjoyable experience.