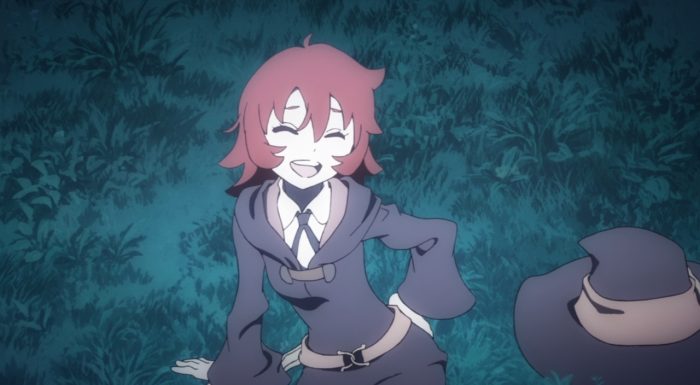 While this didn’t have the same kind of impact as last week, it was a good episode to continue pushing Akko forward. It was about time anyways to give a bit of focus to Diana and examine the current dynamic with her and Akko. If nothing else this was a good opportunity for Akko to appreciate the level of talent Diana does have. Obviously their current relationship isn’t particularly good and is somewhat antagonistic, but it isn’t as if Akko didn’t gain anything through this. It is important to acknowledge the wall that Diana represents and why she is at the top. And it isn’t just focusing on Diana’s abilities but also her intentions to help reverse the current diminishing level of magic in the world. 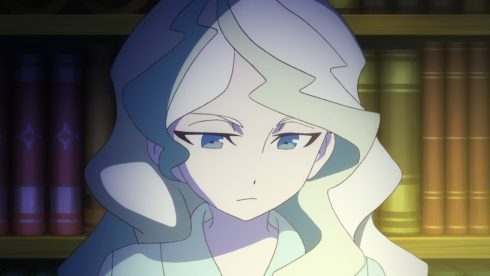 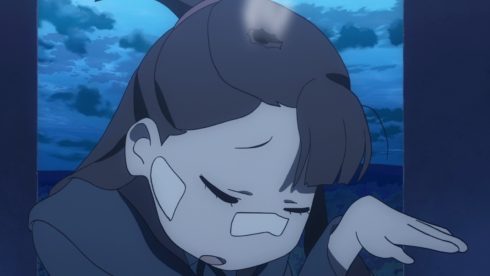 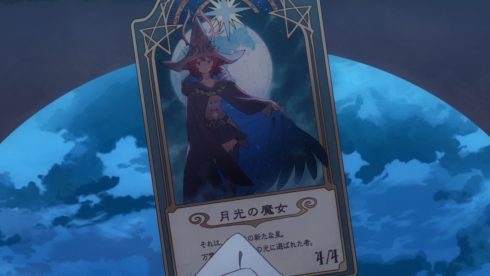 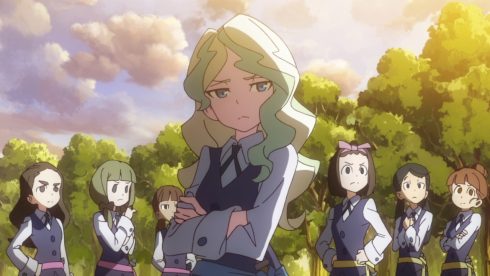 Of course it isn’t as if Diana is perfect. I’d say what she read the other night somewhat triggered her response in this episode. She is smart enough to put the pieces together and realize that the special tool needed to unseal the Grand Triskelion. And she probably also understands that the Rod chose Akko and she is potentially the only person who will be able to reach something Diana herself wants to get to.

Now I’m not sure if she’s angry that Akko was chosen and not her. It might simply be that she sees Akko’s behavior and personality as unworthy for all this and is frustrated that something so important rests in her hands. It might even be that Diana really is a closet Chariot fan (seems likely from the opening episode visual). And Diana is upset at Akko failing to live up to standard she has for Chariot. What I can say for sure is that Diana overall has good intentions and yet doesn’t understand Akko very well at all. 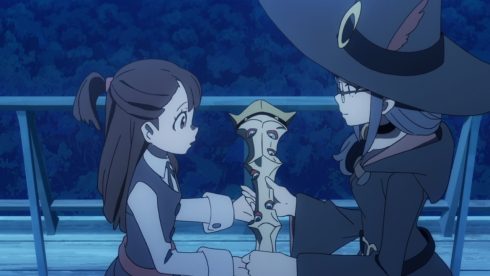 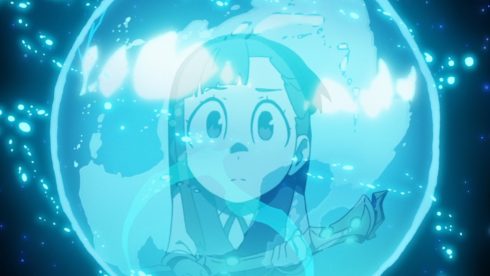 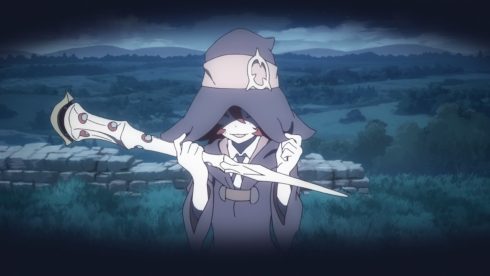 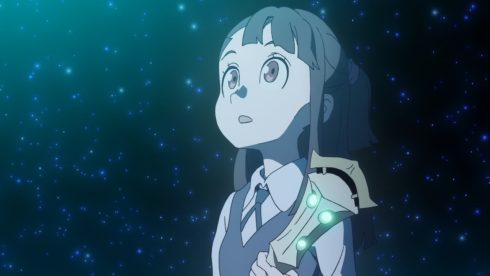 It was nice to see Akko head back to the Polaris Fountain and get a bit of help. I was wondering if she was actually going to get a huge power-up. It seemed a bit early for that, so was curious to see just what would happen. Instead she gets another vision and something she did need to see right now. I think it was good for her to see how Chariot stumbled and made mistakes, but how she handled herself through those mistakes. The motivation Chariot had was important and maybe something for Akko to consider. She wants to be like Chariot, so she should consider just what Chariot herself wanted. It wasn’t as if she was simply seeing fame and attention, but rather she was having fun.

Akko is right that it was something more pure with Chariot. She wanted to have fun and she wanted others to laugh with her. It was honestly adorable seeing Chariot just diving in with that magic and basically just expressing her joy through the transformations. Ursula’s responses to Chariot becoming the Moonlit Witch were interesting. Leading to the eventual point that becoming the Moonlit Witch was probably entirely accidental or something she wasn’t even aiming for. I’m just glad in the end Akko realized what she could do. 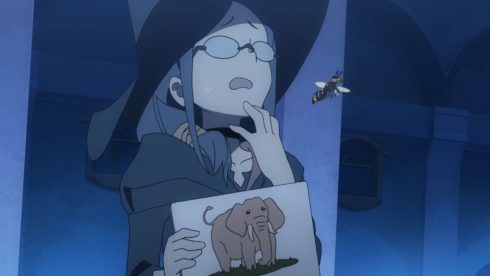 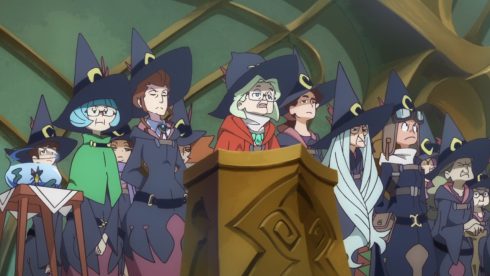 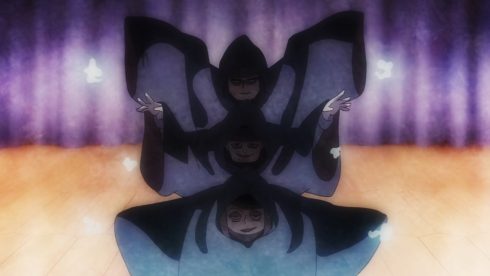 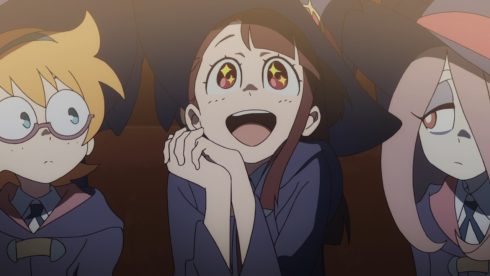 I’ll presume her eureka moment is related to using that spell she heard and the Shiny Rod in general. One thing Akko has that no one else does is that staff and the ability to tap into its power. Sure she can’t just randomly use any spell with it, but specific ones that are triggered by that staff are ones only she can use. Well presumably Chariot herself can still use them, but we’ll have to wait on more flashbacks to find out why she doesn’t use the rod herself. I’m curious to see if Akko will be able to make a grand performance out of her group’s “sacrificial” duty.

It really is all about what you make from it. We’ve seen from this event once again how utterly stuck in the past the teachers are. It is fine to acknowledge your history and respect it, but sometimes you have to move forward a bit. I’d say most of the students probably acknowledge how utterly boring some of these events are….especially the traditional dancing. And really it’s just plain silly to have students signed up to get eaten and…deposited afterwards. I’m glad Akko will be helping to change the status quo there. After all if that ghost’s problem is whining and being sad…well then do something about that. Cheer him up and he won’t have to eat people to satisfy himself. 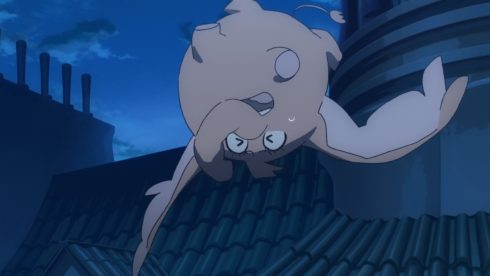 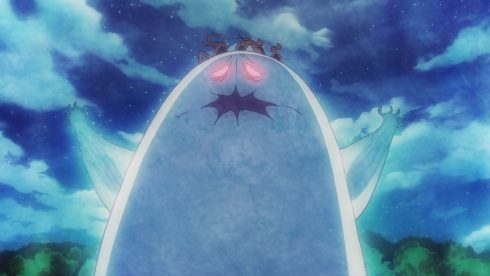 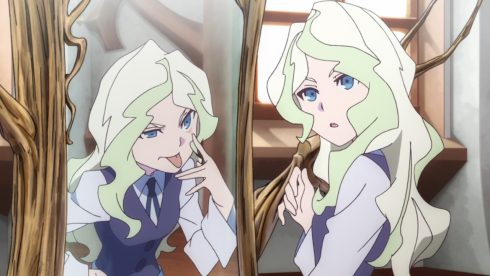 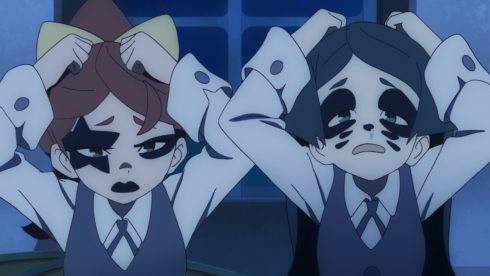 I will say it was kind of refreshing for Akko to get the chance to mess around with Diana’s lackeys. Frankly I think about what those two have done to Akko throughout the show to this point. When considering this…that kind of payback is nothing at all; though maybe those two won’t find it quite as humorous as I do. And it was an interesting chance for Akko to learn a bit more about Diana. Clearly all of this though was part of a plan by Woodward. It’s a bit more obvious in this case how she’s pushing Akko in various ways in order to grow. I’m sure that Ursula doesn’t know about that since I can’t see her being ok with that level of manipulation.

Overall this was a good episode and one of the rare times we’re getting a continuous series of events. The last episode pretty heavily lead straight into this one and this episode is leading into the event next week. This might be the point where the show is ready to start taking off in terms of the main storyline. I can’t wait to see how the next episode plays out. This really could be a rare public success for Akko. If she handles things right she will shake things up, but also get some acknowledgement. The fish episode a few weeks back was a bit of public success, but not one where the student body itself started to acknowledge her. Also will give random acknowledgement to what appeared to be a Dumbo reference at the start of the episode with Akko’s metamorphosis. Regardless, bring on the next episode!