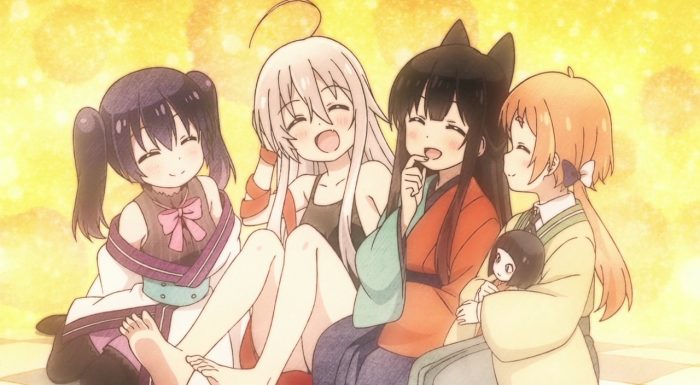 Alas, alas – all good things come to an end, and Urara Meirochou has aired it’s last episode of season one (hopefully there will be future seasons, though I am not placing any bets for now). After all is said and done we do get the beginnings of some answers, and the season itself concludes with some sense of “achievement” and a sort of “closure”, so that is good as far as that goes. Even so, I wish this series had been able to receive a good 3 or 4 cour treatment and show the viewers the path all the way to the end – which presumably would be the culmination of Chiya’s finding and contacting her mother? Well … hope springs eternal and all that. We may see future seasons … maybe. 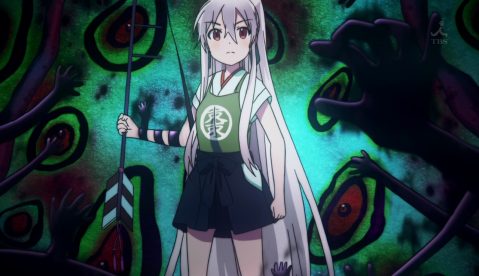 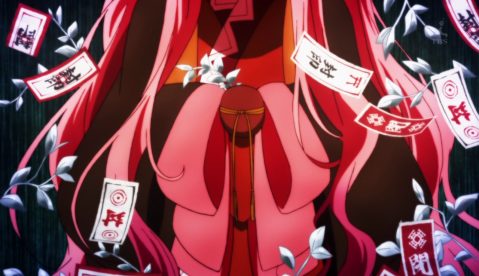 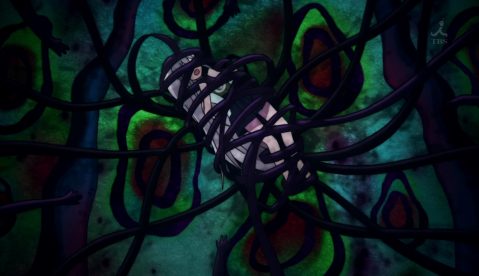 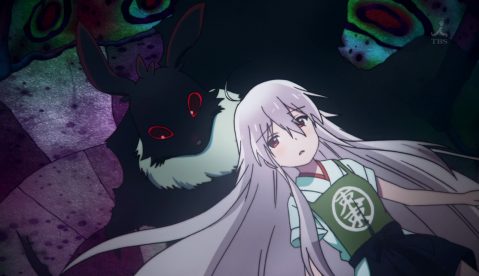 As for the last two episodes they followed hot on the heels of the end of episode 9 and episode 10 in full – that is, the main thrust of the narrative continued to be the exam for the Level 9 Urara certificate. Episode 10, of course, focused on the girls delving into the labyrinth beneath Meirochou, you will all remember (known as “the belly of the cursed serpent” if you all remember) and searching for the arrow key that they had to retrieve and escape from the maze with. After finding one of them unexpectedly Chiya was abducted by a multitude of mysterious, shadowy arms that pulled her through the floor when her team mates were not looking. 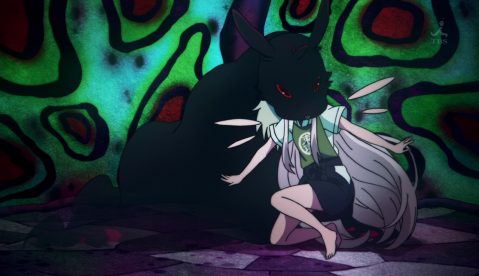 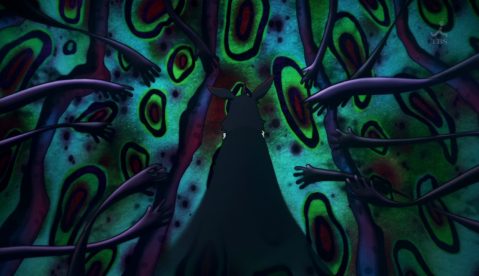 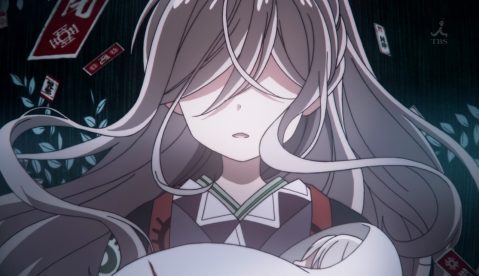 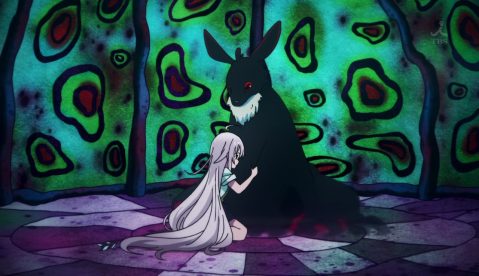 Episode 11 launches immediately into the narrative of Chiya’s abduction, and piles and piles of questions arise while some are actually answered! First and foremost we unexpectedly discover what appears to be the name of Chiya’s mother: it seems to be Yami. And she was (is?) indeed an Urara. And these multi-voiced multitudes of shadowy arms and eyes staring out of the wall on these deep, secret chambers of the maze actively seem to outright HATE both Yami AND Chiya by extension – they call Yami a “betrayer” and Chiya’s existence one that is “cursed” (what?) and proceed to try and kill Chiya outright. Fortunately Chiya at the last moment has the inspiration to call out a name she learned in one of her kokkuri sessions with the other girls was associated with her divination, and the red eyed, tattered cloak wearing rabbit headed shadow appears out of nowhere and saves Chiya from the arms and death by crushing or suffocation or whatever combination thereof was in process. 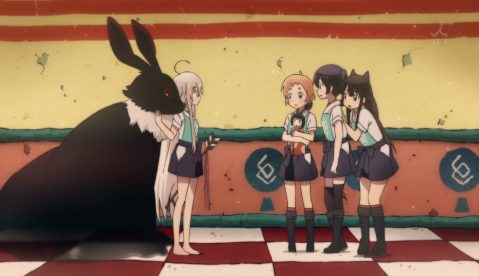 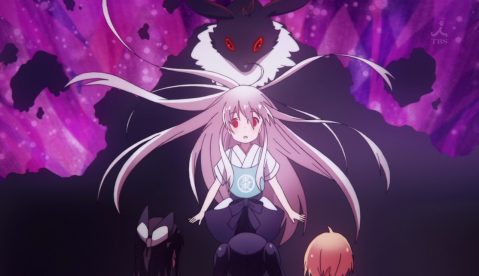 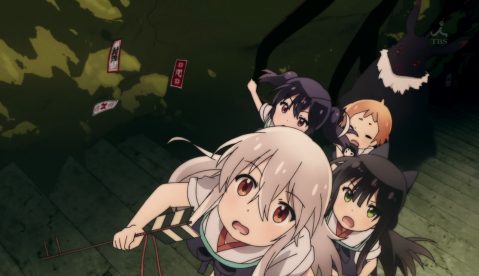 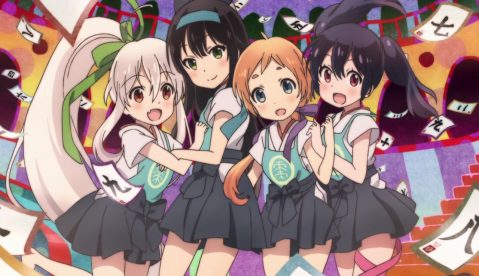 The voices are not pleased either, especially when Kurou swallows Chiya whole(!) and in doing so somehow “protects” Chiya from being able to be touched by the arms, which begin emitting loud curses of frustration and anger at their being stifled in their attempts before retreating. Chiya is fine, of course, though quite taken aback both at being swallowed whole and suddenly receiving some very powerful divinations about her mother. It does indeed seem that Kurou is Chiya’s “divination means”, and that Chiya is capable of divinations at least as powerful and details as Tokie showed as a level 2 Urara in episode 9 – and possibly even more powerful ones. In fact, Chiya immediately uses this divination skill to not only locate her team mates, but also to discover the quickest way out of the labyrinth. The Natsume-ya girls just barely make it out in time, and are the third group to pass the exam (Chiya still had the key arrow with her), much to Nina’s great joy! 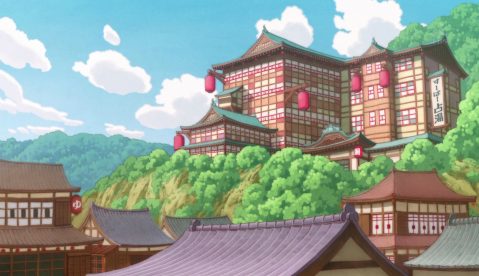 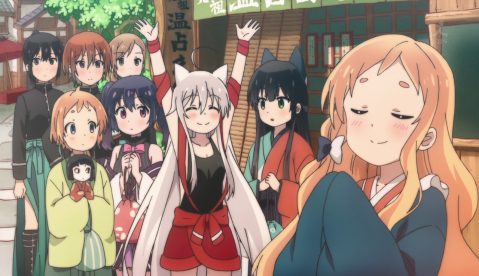 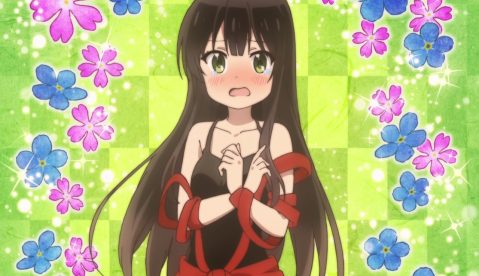 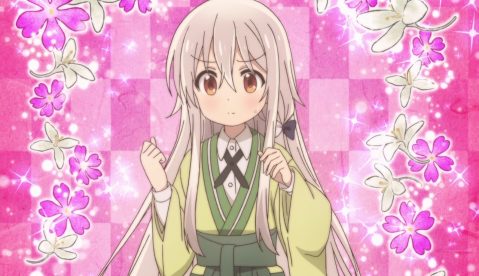 Future episodes are basically the aftermath celebrations of passing the level nine exam, and include various shenanigans like the Urara swapping each other’s outfits, spending time in the local hot springs, and so on. But amidst all the light hearted moments we come across some more details relating to the futures of the Natsume-ya girls as well. It seems that when one becomes level 9 one leaves the place of one’s mentorship and moves into a school in the level 9 district, where they continue learning together with the other Urara who passed the test (and passed previously as well, of course). So Nina will be by herself for a while it seems – although Captain Saku will no doubt continue to frequent the teahouse. Hmm … I wonder how strict the level 9 school is regarding being able to visit their schools and mentors in the level 10 district? Perhaps future seasons may touch on such things. 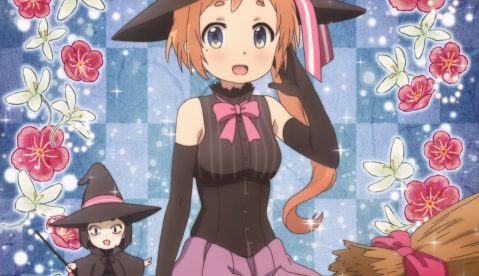 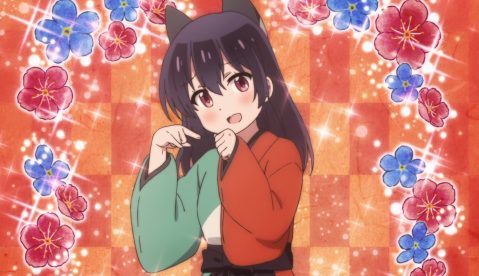 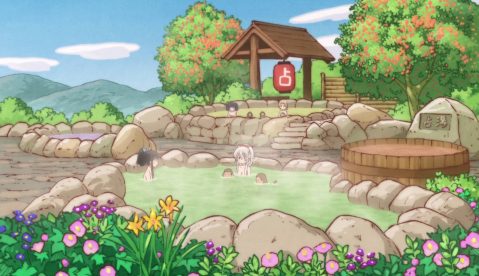 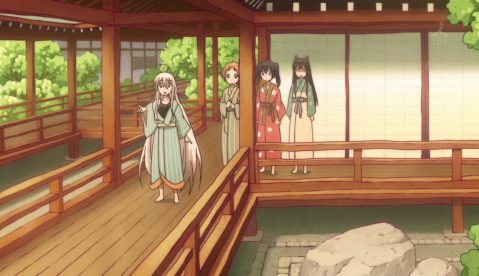 There is still an official review post to do on this series, and no doubt I will be able to go more into an overall assessment of the series there after “stepping back” in a way (although hopefully I will be able to complete it before the Spring 2017 begins), but I must say that one of the areas that really stand out in the last two episodes are the wonderful visuals – the art really is quite excellent, and the use of bright colors in beautiful ways has become a hallmark of the series as a whole. However with all that the flowers and nature and bold use of colors was not the only achievement in the art of the animation – I thought J.C. Staff did a great job with “night time shots” as well as the portrayal of “experiences of the other”. And with the latter it was the overall experience of those scenes that had strength – the audio aspects really helped it “come alive” in very effective ways for me. 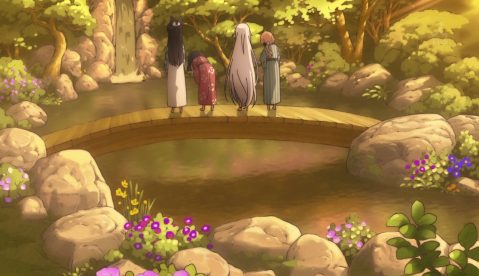 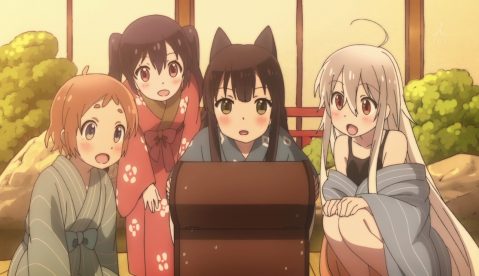 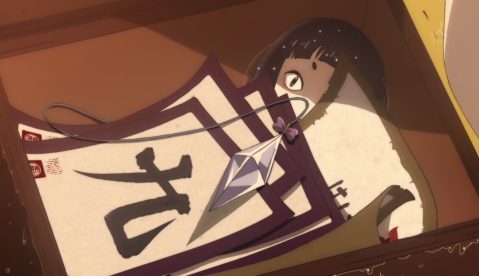 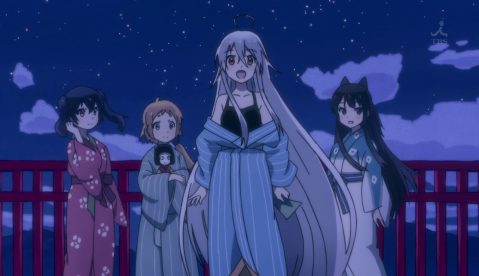 In some ways Urara Meirochou is one of the biggest surprises of the Winter 2016-7 season for me – I expected to enjoy it to be sure; this sort of material is definitely my kind of thing. But what I did not expect was the detail and intricacy of the world building and the unexpected detail and depth that the episodes touched on – material one would not normally expect in a Kirara series (although this did originally run in Manga Time Kirara Miracle – a variant where series with some more serious themes in them can sometimes be found). In so many ways the series has been a delight, though, and I am very thankful to you all for following it with me! Will see you all next season! ^^ 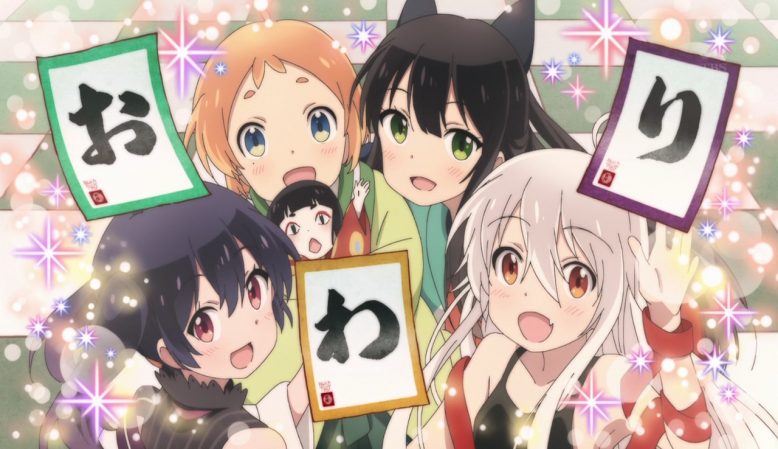 These delightful Urara will definitely be missed … any chance for a season two J.C. Staff? ^^