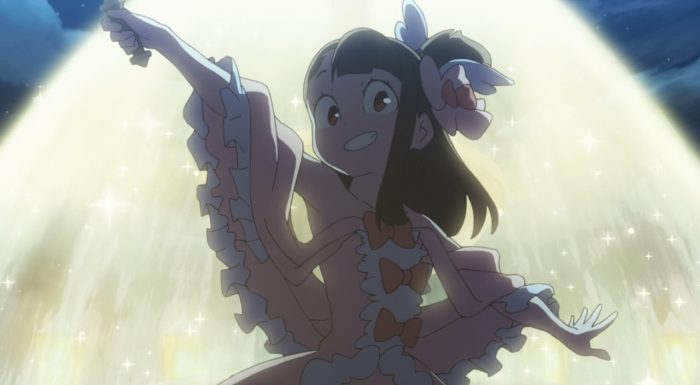 This was probably the most hilarious episode of Little Witch Academia for me so far. All the thanks goes to Sucy who created an utterly chaotic situation because she could. Of course you could say it all lands on Akko since she did get Sucy and Lotte to come along with her to the party in the first place. At this point that’s just what you expect from Sucy. If she has a means of trolling people around her she’ll do it. Messing with Akko is how Sucy shows he cares really….I think. I have to say that regardless of intent that fallin love love bee was a source of much fun and amusement. It is a classic idea, but people randomly falling in love left and right is certainly a good way to create chaos and comedy. 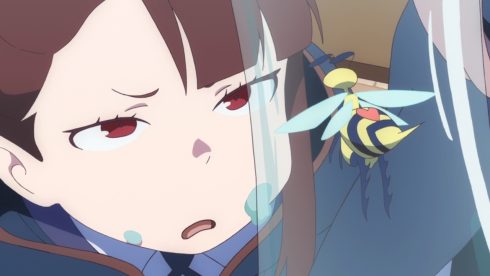 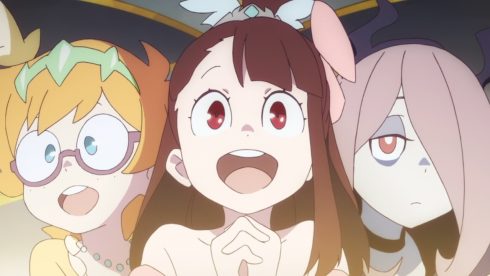 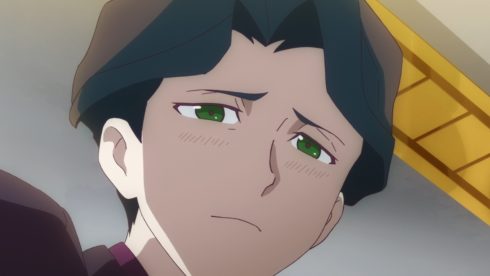 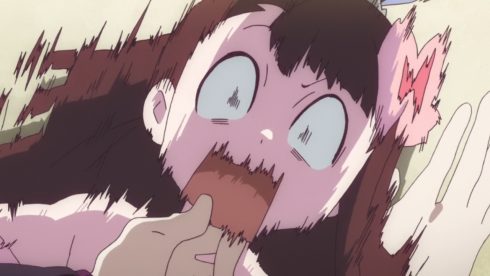 The episode wasn’t all about the laughs, just mostly XD. What got the most serious focus was Andrew’s continued development and fleshing out his background a bit. I thought that he simply had to deal with the pressures of having such a serious and political father, but it sure goes beyond just that. His dad has locked in what he thinks Andrew’s future should be and seemingly his whole life has forced him to give up on anything he found interesting that didn’t fit that image. In that sense his dad is a real pain in the rear. Is being a capable musician really a bad thing for a political figure? Sure it isn’t a skill that Andrew will use constantly in the political arena, but the piano is a pretty classy instrument.

It’s a shame since he’s still really good. Being able to play that well is impressive regardless, but being able to do so after not touching the piano for 10 years? Not sure I’d be able to play an instrument that well after not touching it for a decade. This also makes me wonder about his mother. The piano isn’t something you can just pick up overnight. Andrew had to take lessons and work on it for a while. So why did his father suddenly tell him to give it up? Did she pass away and his father became a total jerk who didn’t want any “effeminate” hobbies for his son? Regardless I’m glad for Andrew refusing to completely fall into line. No doubt his arc will involve continuing to defend own beliefs and interests. 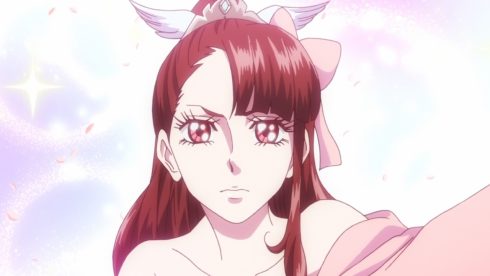 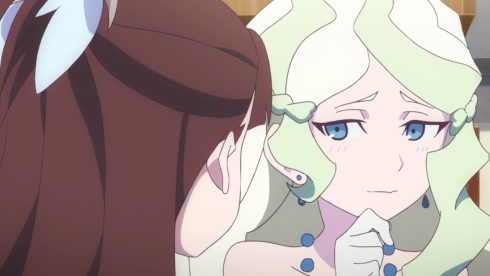 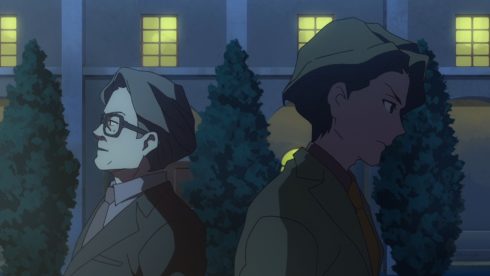 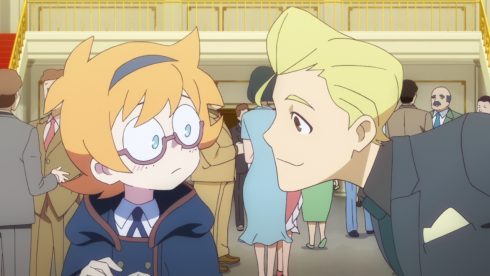 The characters did gain some things through this chaos. There was another good conversation with Akko and Andrew that should further their own character arcs. No doubt that Akko and Andrew are currently in very different places. He’s a rich noble who currently is living a life on rails without following his own dreams. While Akko is the commoner (even among Witches) who is doing nothing but chasing her dream and not giving into what reality would normally dictate. If she wasn’t willing to fight for her dreams she’d be going to a regular school and not Luna Nova. Andrew still has some bias (probably thanks to his father) against magic and witches, but he is gaining more interest in Akko. Just at this point there’s no way he’d admit to anything like that.

Another unusual consequence of this…was the start of a friendship with Lotte and Frank. I didn’t expect that result to come from Lotte having a bunch of guys suddenly falling in love with her. Kind of feel bad that I didn’t realize how much it would hurt Lotte to have all that attention and then suddenly have the guys go “what the heck was I thinking”. Good twist that Frank actually stuck around. I certainly think he has a better shot at a legitimate relationship with Lotte than his continued silly chase of Diana. Not that I’d call it settling, but rather cluing in that there is someone he’d get along with better. Seems like a decent guy after all. 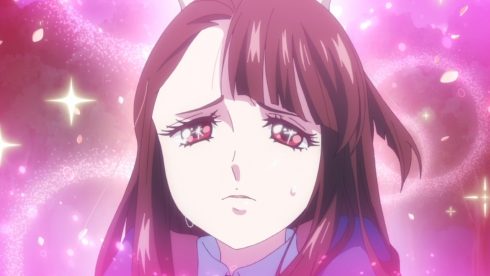 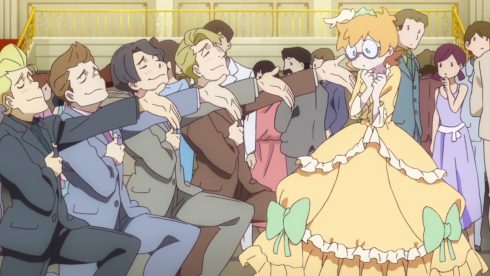 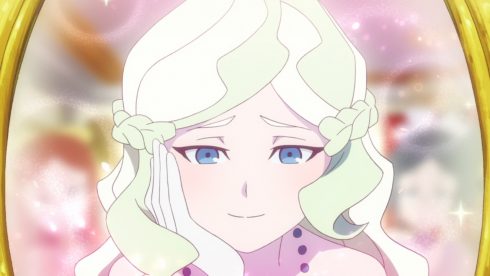 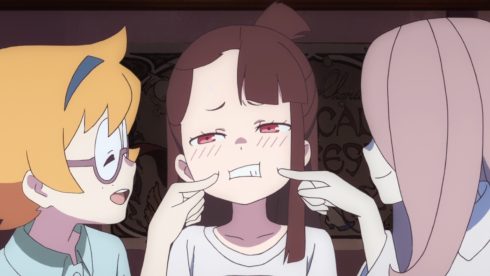 Of course the big thing was all the comedic possibilities this episode played with. I think in some ways it was playing with the shipping that always goes on for shows. No doubt people have thought about pairing up Akko with Andrew or Akko with Diana. This episode played with both of those possibilities. And then of course the show just had pure fun with Diana falling in love with her own reflection. Truly only Diana is suitable for Diana! I was hoping this would lead to more Diana and Akko interactions, but such is. It was nice in a way to see Diana get uncomfortable and frazzled after waking up from the spell. It makes her a bit more relatable to see that and hopefully this will lead to more Diana focus going forward. 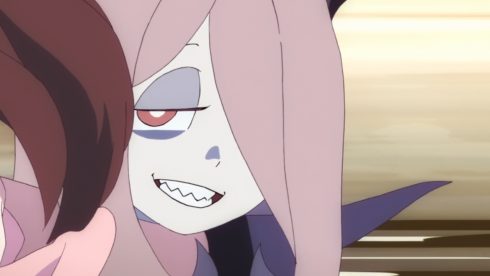 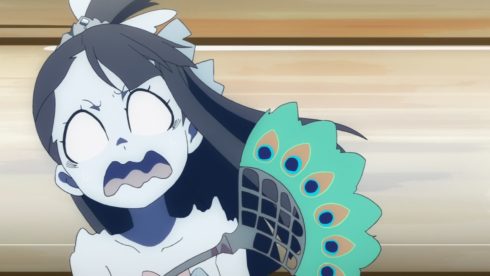 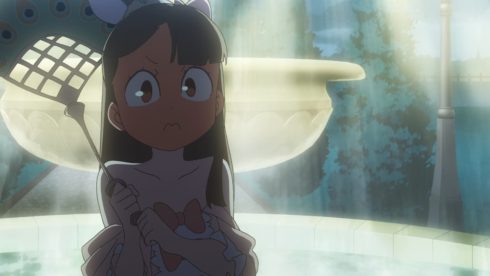 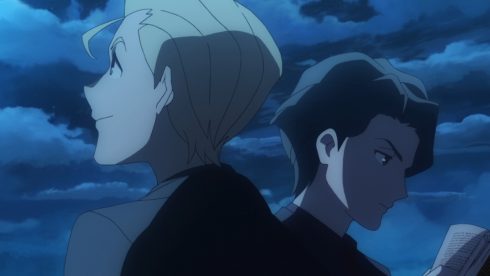 As a whole this was just a really fun episode. I definitely enjoyed it. It doesn’t do a lot for the world building and the main plot, but it was fun. And it does further what is looking to be a set thing in Akko and Andrew. Their character arcs should be pretty important as the show moves into the second half of its story. I still expect that episode 12 will be the next really impactful episode in terms of characterization and plot. And we are seeing continued growth. Akko’s transmutation magic has really gotten better, able to turn that squirrel into a giant monster XD. I’m looking forward to where we go from here.