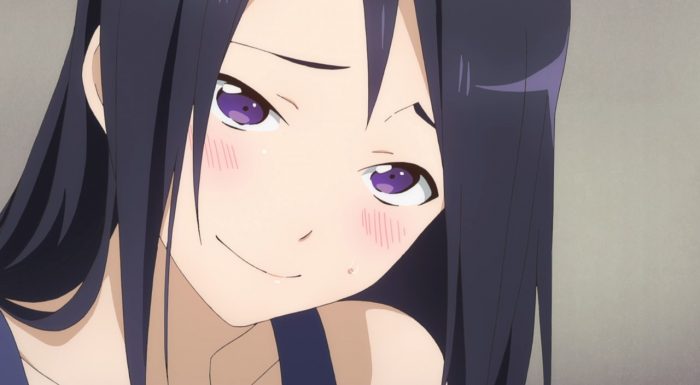 I don’t know about you folks, but I think Sakie should let her hair down more often. Seriously. She looks great. Also it’s great to see her have to courage to take that step. She spends all of her time bundled up, unwilling to let anyone approach. Being willing to expose herself in any fashion here shows a lot of strength and determination on her part. Of course, that’s not all there is to the episode. Let me back-track a bit. 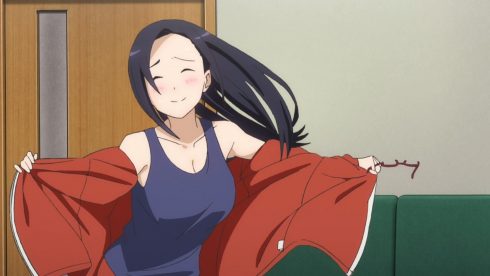 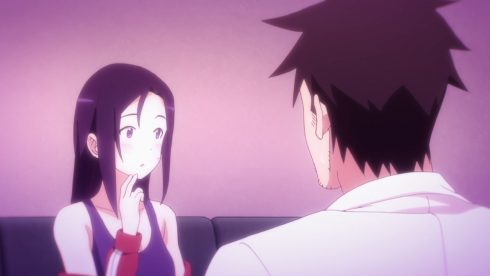 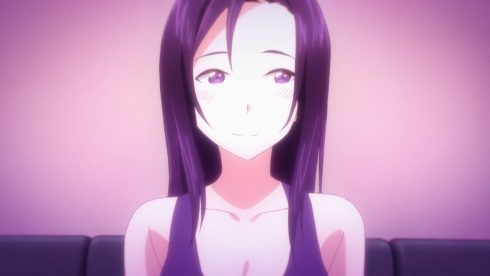 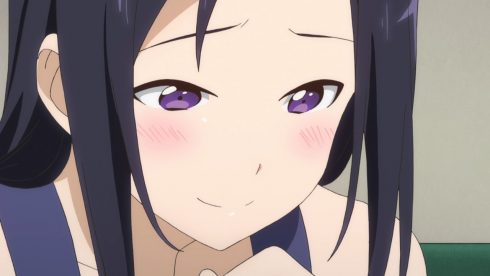 Don’t you hate it when you’re at home, relaxing after a hard day, and then someone suddenly calls you? Whether you’ve been drinking and fantasizing about someone you like or not, it just seems intrusive to have it suddenly barge in on you. I kind of want to throw it out the window. “Go away! I’m done dealing with the world for today! This is my time!” Satou-sensei is a bit more forgiving about Ugaki’s phone call interrupting her private time than I tend to be. Now, some folks can object to what he tells her here, but it basically amounts to two things. First, as the person from the office of demi-human affairs whose job is to make sure she doesn’t misuse her Succubus abilities, he’s telling her that it is fine to use her abilities on the person she likes. This is important to know. Second, as the person who probably knows her best out of anyone, he is giving her a push on the back, basically saying “Hey, you like this guy. You should go ahead, rather than standing around being uncertain.” He’s encouraging her. If she had a social life and hung out with friends, other women her age, they would probably tell her the same sorts of things. 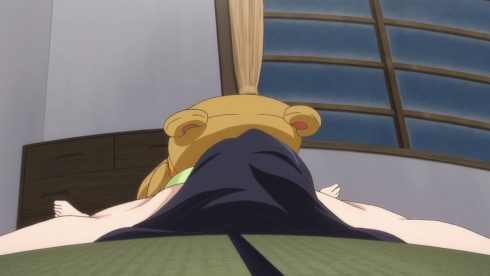 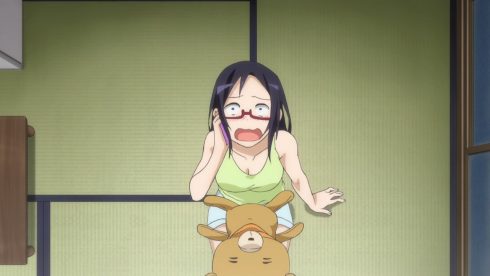 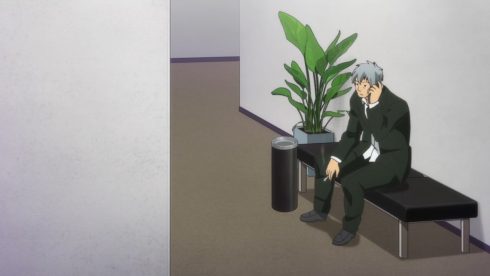 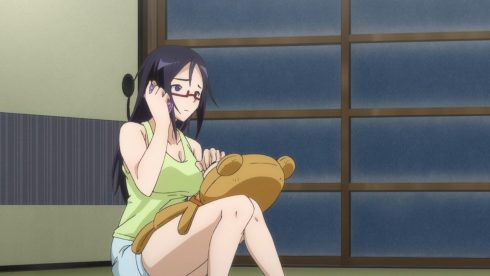 The meeting with Tetsuo starts out a bit awkward, as Satou-sensei’s main purpose was to remove her jersey top and see what the effect would be. And it was really effective. I don’t even have to be there in person to tell you that she looks really beautiful in a tank-top with her hair down. Even without any Succubus allure, there’s no question that she’s attractive. But it’s thinking about things like that which jump-start Tetsuo’s analytical mode, breaking him out of his haze. I don’t know how accurate his analysis of Succubi’s nature is, but what’s most important is his belief that there’s no such thing as “fake” feelings for someone. Seeing Satou-Sensei go on to happily discuss and debate with him as she realizes how much she genuinely likes him is a great moment. 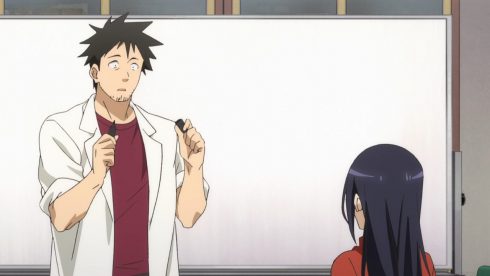 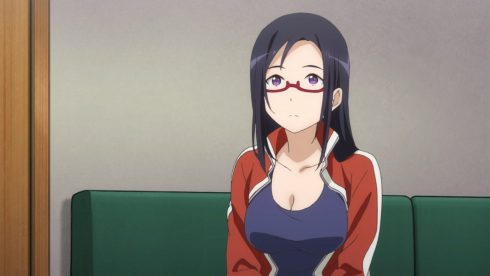 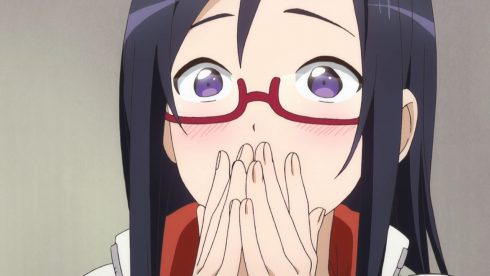 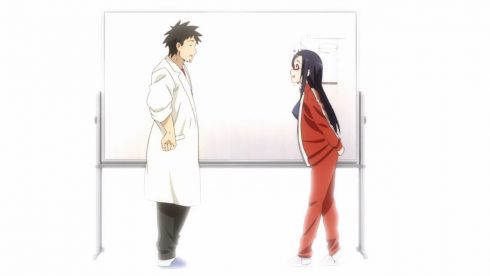 The second half of the episode is all Yuki all the time, with a smattering of the other girls.I have to say that Yuki and Satou-sensei’s interactions were hilarious. Starting with Yuki standing there while Sakie was talking to herself (gotta keep those thoughts inside your head, Satou-sensei!), I almost laughed at the half-suspicious, half-disgusted look on her face when she spoke up to ask just what Satou-sensei intended to do if she could control her seductive power. Then there was the two of them trading off manga as if they were making a drug deal. “Here, I brought that.” “It looks good. Here’s the previous batch.” “I verify that I have received them.” I really could not keep myself from laughing at that point. 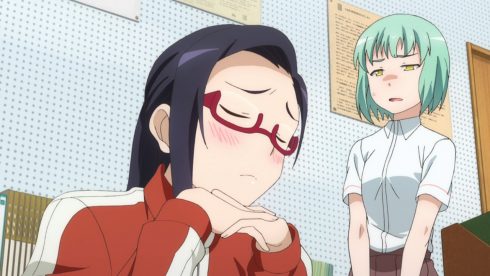 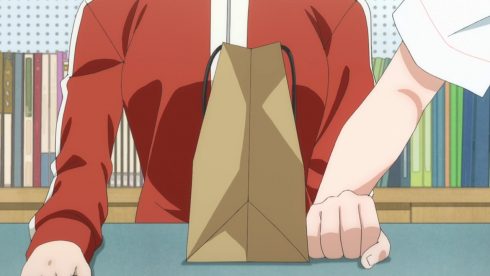 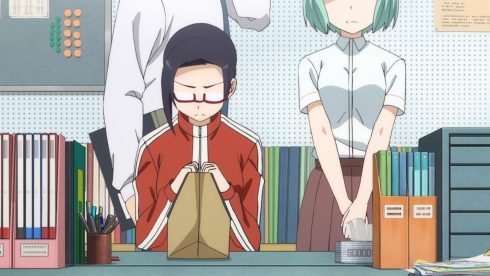 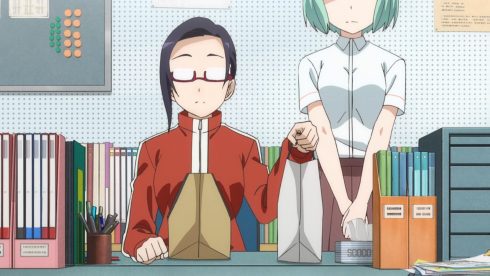 Yuki’s conversation with Satou-sensei leads her to think about controlling her own powers. Certainly it would be useful if she could generate coldness at will, but since all her abilities only manifest when she’s unhappy (or worse) their current utility negates any benefit she could get from them. As Tetsuo notes while Yuki is embarrassing herself, there must be something specific that is triggered that causes tears and sweat to freeze, and air around her to chill when she’s depressed. Her body temperature itself is simply not that cold, although it is colder than human standard. If they can identify whatever it is that causes the freezing effect, they might, someday, be able to work out how to activate it without Yuki needing to be genuinely unhappy first. That day, however, is probably a long time in the future. 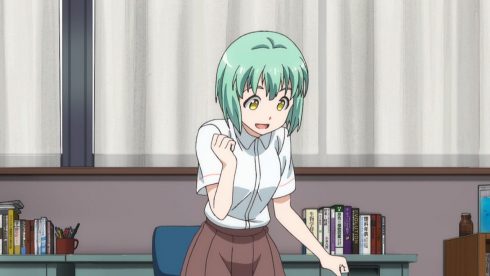 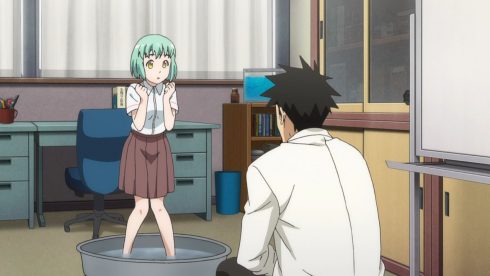 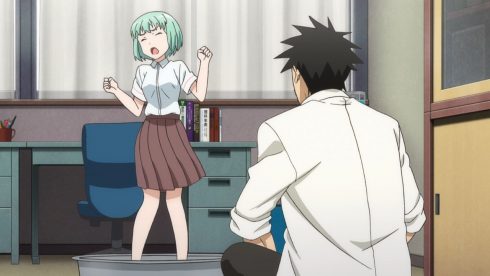 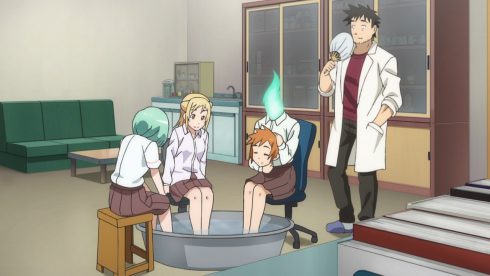 The final segment is about the girls trying to beat the Summer heat. Since Yuki really doesn’t want to try working herself up into an embarrassed cold sweat any more, they resort to more traditional Japanese tactics of telling scary stories. Or… ostensibly scary stories. Kyouko is just too sweet to be scary. Although getting a glimpse under her shirt does end up chilling poor Hikari and Yuki to the bone anyway, in a different sense. Don’t worry, girls, you’re still growing! 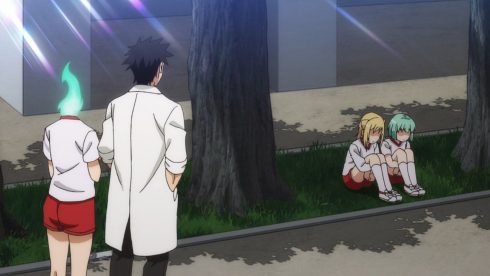 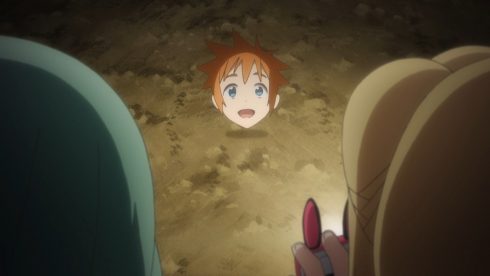 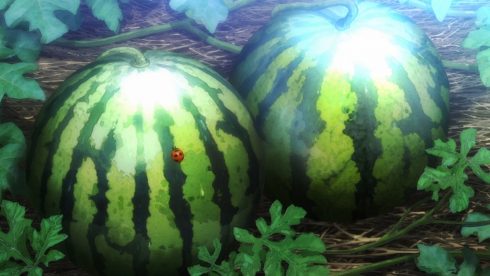 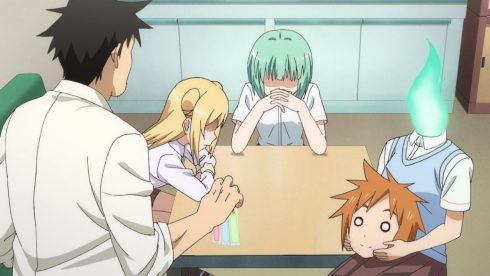 This episode was sweet, funny, and fun. Seeing Sakie and Tetsuo getting along and seeing Sakie figuring out her feelings is a really good thing, in my eyes. Theirs is a relationship that I support. Funny scenes with Yuki are wonderful, because these days she can both play the straight man and join in the hilarity as needed. And I will never get tired of watching these girls just have fun together. Other people may have other opinions, but to me this episode felt good. I’m looking forward to the next one.