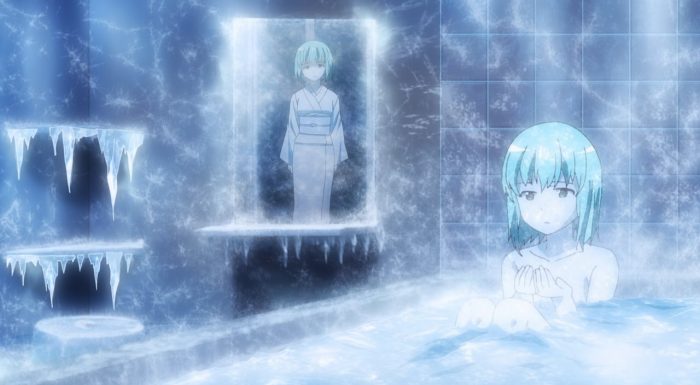 This episode finally gives us a view into Yuki’s fears, and they are, frankly, rather chilling. She is terrified of herself, of her nature of a Yuki Onna, of what she might be capable of doing completely unintentionally. That scene before the OP plays, where she drifts off for a second in the bath and sees everything frozen solid, and herself in the mirror, dressed as a traditional Yuki Onna… that is incredibly evocative. That is her nightmare: an other self that she is terrified she might be becoming. 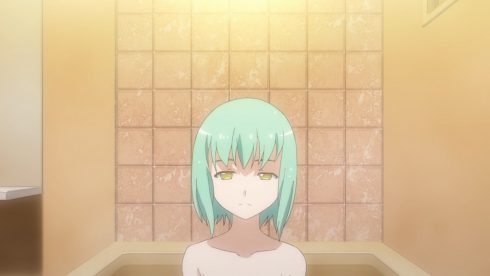 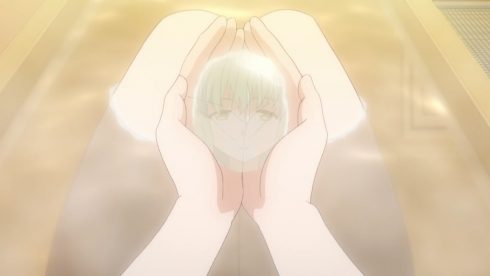 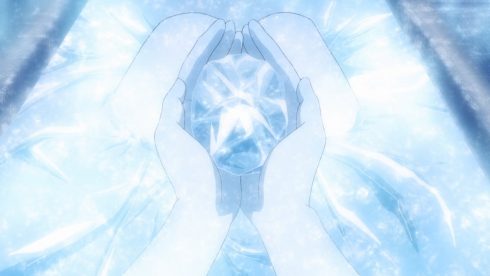 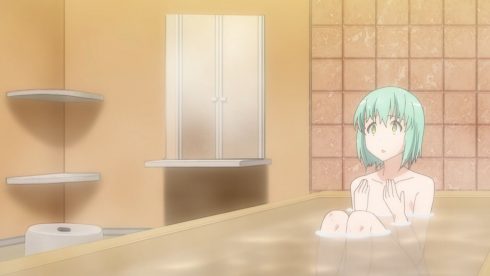 Her solution of trying to avoid people is functional in principle, but suffers from several flaws when you look at it in detail. First is that that sort of thing would only be a temporary solution: the sort of thing one does while trying to figure out what happened, how dangerous she really is, and how to deal with it. However, Yuki has no idea how to go about doing any of those things, so the enforced isolation only adds to her stress, along with the feeling that she’s not getting anywhere in resolving her problem. Also, it’s pretty clear that she isn’t the sort of person who likes being alone. She had friends when she was younger, moving away from her friends was one of the stressful thoughts that started all this, and the expressions on her face as we see her in the classroom by herself are… not happy. This isn’t good for her, and can only be making things worse. 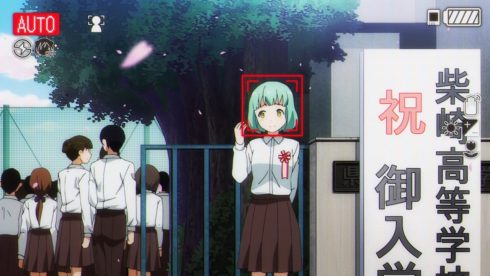 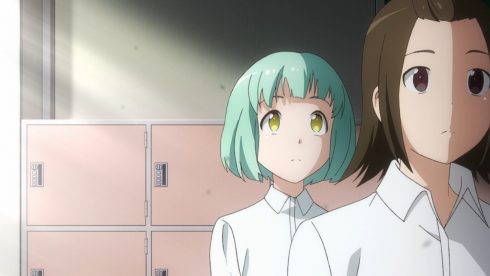 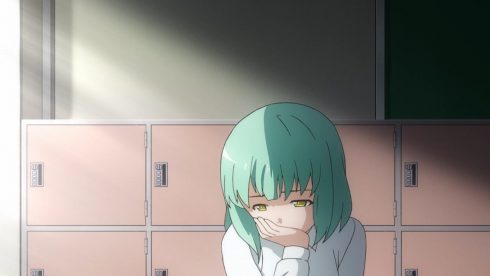 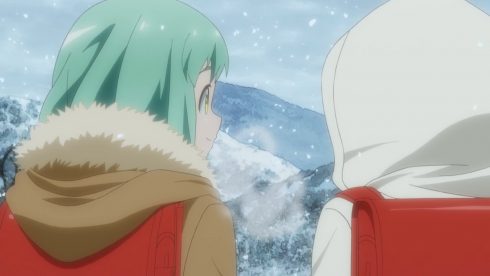 I’ve seen other viewers comment that it should have been easy for Yuki to prove that her fears were misplaced, and that she was overreacting. From what I have seen of their world, I would say… no, not really. There aren’t really any dedicated scientific papers or studies on Demis: that was part of the whole problem Tetsuo had back in university when he first wanted to do a study on them. The anti-discrimination laws don’t let someone just recruit them for that sort of thing. Yuki could search the internet for information on Yuki Onnas, but she’d basically be depending on other Yuki Onnas to have considered this problem as well and to have posted their personal knowledge about it online in a place where Yuki could easily find it. What she’s most likely to find, what would almost certainly bury any real facts that might exist, would be the legends about Yuki Onnas. And those legends, as we saw, would only increase her fear and stress. Besides, it’s easy when looking from the outside to say “Oh, she should have just done X to resolve the problem,” but from the inside it is not so easy to see what the clear and logical solution is. Stress, anxiety, and fear can all interfere with a person’s ability to think about things clearly, as well as feed back upon themselves to make the person feeling them even more upset. 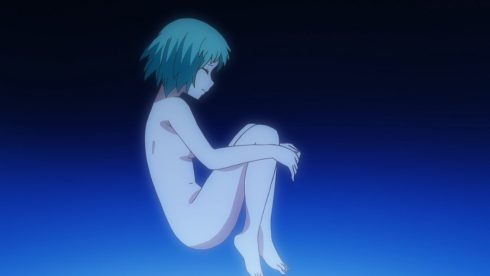 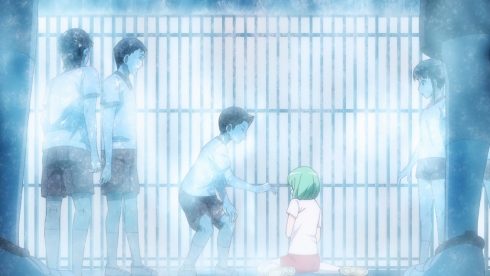 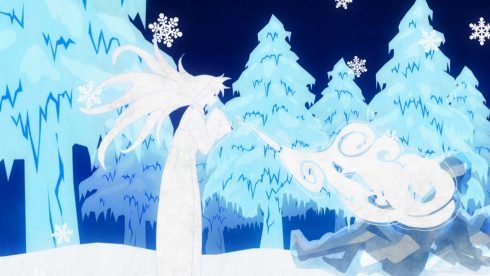 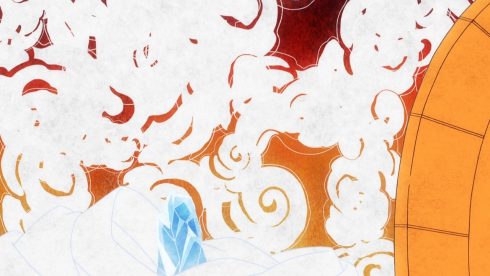 Fortunately, Tetsuo is able to bring in not just the outside perspective Yuki needs, but also some good observational and analysis skills. The realization that Yuki had suffered from a cold sweat due to anxiety and stress is a good and logical conclusion, and yet not one I would have thought of. He puts several pieces of evidence together to work it out. I am very glad that he’s able to address her fears. Seeing Yuki shed tears of happiness and relief, warm tears that don’t freeze, is heartwarming. 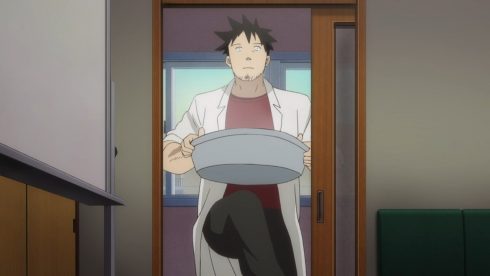 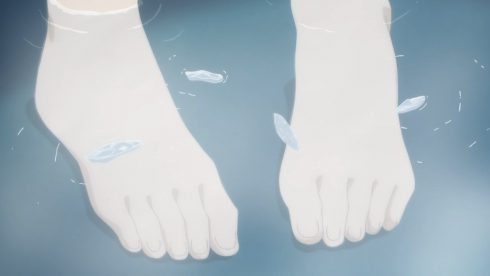 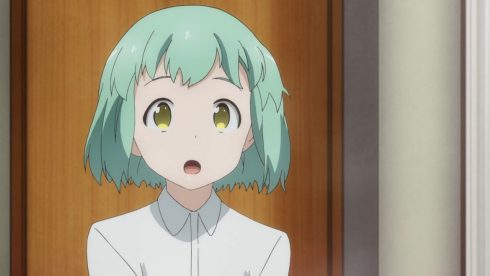 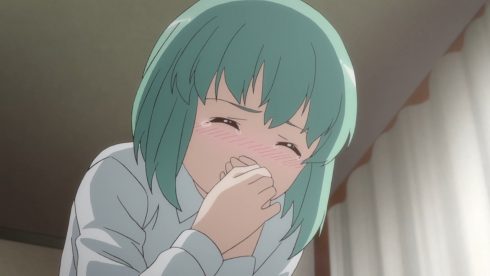 And finally she is able to properly start up her friendship with Hikari and Kyouko. She’s certainly wanted to be friends with them for a while now. Under normal circumstances it’s practically impossible to avoid becoming Hikari’s friend once she’s set her sights on becoming yours, and especially after the gossip incident there’s no way the two of them wouldn’t have gotten closer. Yuki’s fear is all that’s held her back, and with that out of the way the three are finally free to hang out and be friends. It’s actually pretty touching how awkward Hikari is at first during the ice cream date: unsure of what to say or do, not wanting to do anything that might scare Yuki off. But with everything cleared out of the way finally the three of them are at a point where they can laugh and just have fun together. Where they can just be friends without having worry about what makes them different. As Tetsuo says, this is a story unlike any told in the folk tales, so our girls are free of the destiny any of those stories might have given them. 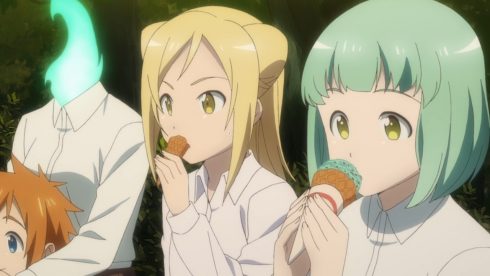 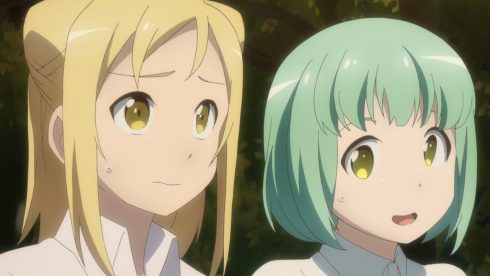 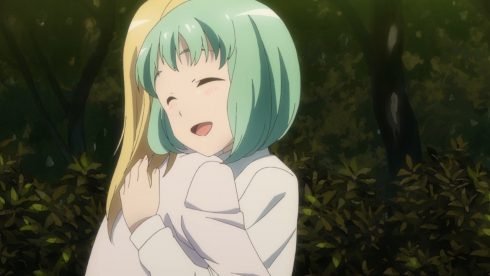 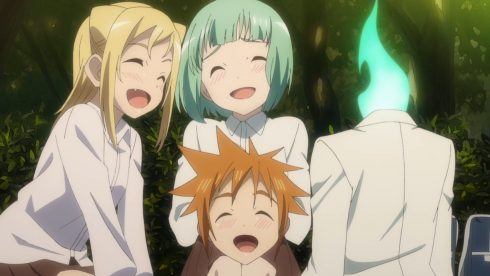 Of course, it wouldn’t be an episode of Demi-chan without Hikari managing to steal the show in some fashion. We can see her shooting glances and Yuki’s neck throughout the scene, and the reveal that she sometimes needs to lightly chew on someone (without breaking the skin) to keep her fangs from itching leads to a scene that is both funny and adorable. Honestly, I don’t think this girl can decide what she is. As a Vampire she should be like a bat, but she makes faces like a cat, and now her “kaji kaji kaji” makes her come across as a squirrel. Or maybe she’s just a nut. But I love her anyway. 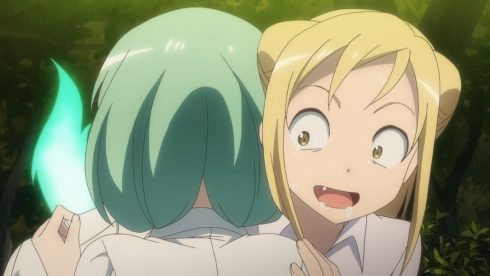 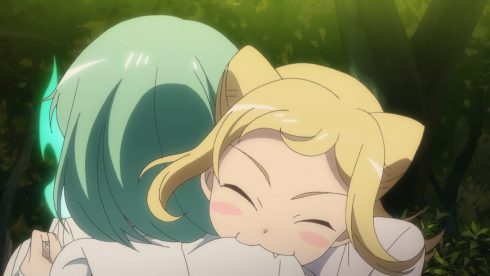 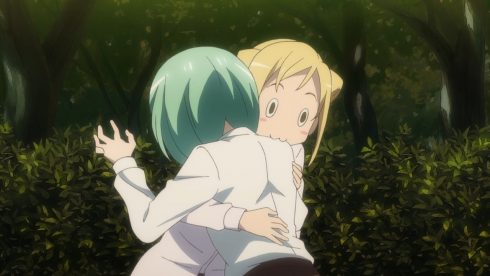 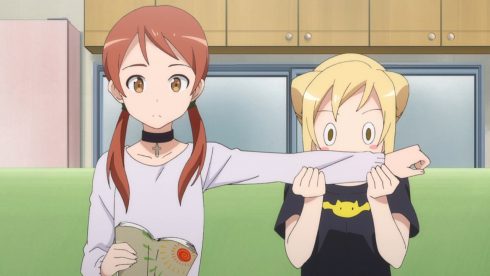 This was a good episode. I like Yuki, and the visual representations of her fears were a lot more powerful than I was expecting. Now the Demis are all friends, and we can go on to watching their day-to-day lives. I’m not entirely sure what the next episode is going to be about, but it looks like there will be a lot of focus on the twins, which is always good. I’m looking forward to it. 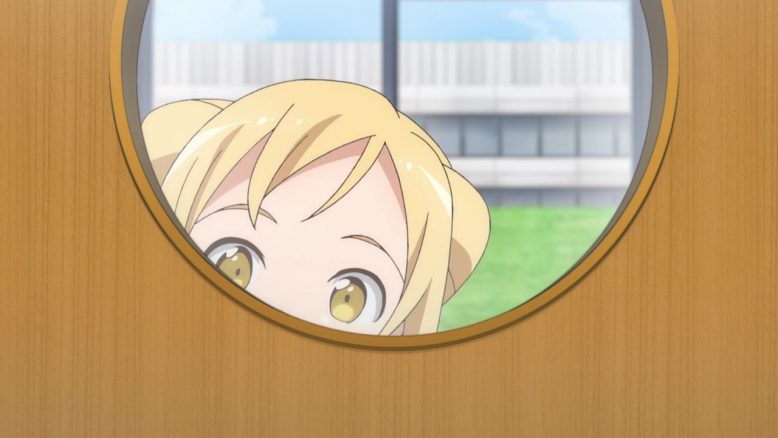 Hikari is watching you.