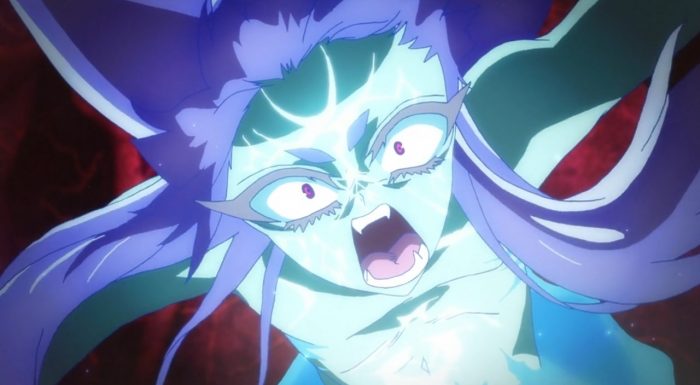 Well this is sure as heck going in a strange direction. Goodbye to our main villain of this arc in Kuranashi and welcome back Yuto? Also apparently Tatara is dead and there is still no sign of Arima. Oh well at least we’re setting things up for a pretty crazy conclusion for this arc. Though I suppose re-introducing Yuto could be a hit/miss decision. It does basically return us right back to the last fight against him. Although I’m not sure if Yuto needed a power-up. He appeared more than formidable enough in the last confrontation. Oh well at least this likely lets them re-introduce a lacking power-up that wasn’t in the last fight. Though with so many changes that appear to be happening in the story I suppose we should consider this show to be heading straight into anime-original territory. 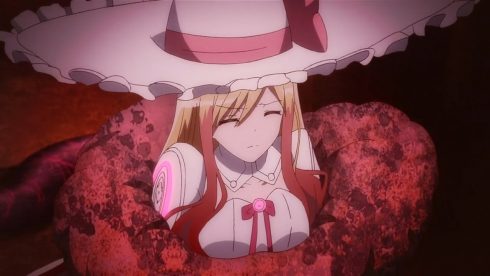 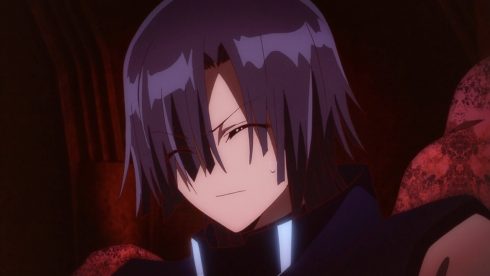 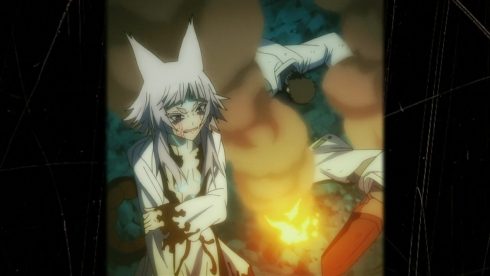 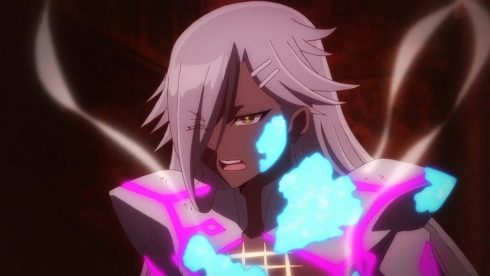 Nothing too shocking except perhaps that Kuranashi felt the need to be a cliché villain who has to explain his plan. Though maybe that kind of think worked with his personality and the kind of Basara he is. I guess letting people know how much they screwed up is just part of his ‘tastes’ for spellpower. Regardless it was kind of boring to have him recap it. We know your plan! We were there when it was all happening XD. Please move the story ahead Kuranashi. Regardless at least he didn’t take too long going through his evil plan.

The crazy think though is that Tatara’s backstory is tightly connected to Kuranashi and also…he may be dead, though you never know. Maybe if he gets some spellpower then probably he’ll be back. All we can do is waiting and seeing how things play out. At the very least I don’t think guys like Shimon are going to actually die here. That would be going a bit too far even if they plan to just go anime-original with the ending and utterly depart from the manga. 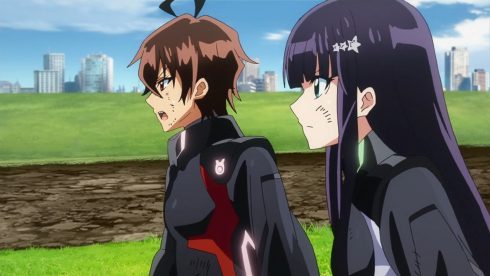 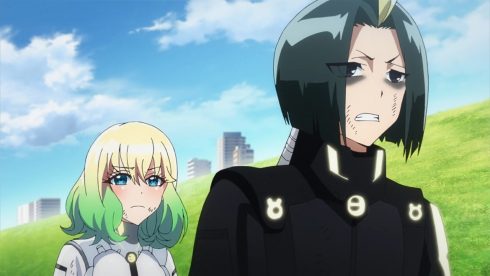 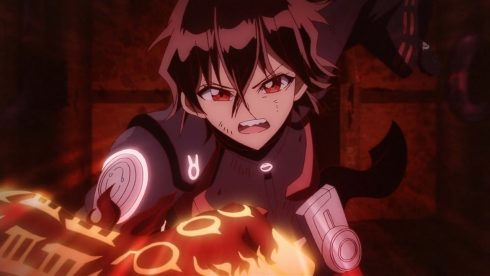 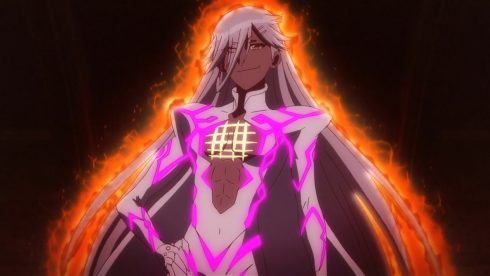 If nothing else though…Tatara’s desperate attack was pretty cool, though it was basically doomed to fail. Considering he had to fight all of the abilities of his comrades the entire time there was just only so much he could do. I kind of wish we had more backstory for him though since that was a pretty intense struggle on his part. Also…it really brings up a lot of questions if the head of one of the 12 Guardians isn’t even human. Does that mean he basically doesn’t have a clan at all? I have many questions. But at least I can say he fought like a pissed off badass. Too bad he couldn’t save his allies, but he did basically force Kuranashi to do something very stupid.

I can’t say as much about the Twin Stars here….they basically did nothing. Kuranashi clearly manipulated them to chase after him and then when they got there…they couldn’t do anything. Staying to fight was beyond stupid. They were gassed and low on energy. Frankly at their best they aren’t a match for a Basara, especially one who has charged up on the 12 Guardians power. I can understand getting emotional, but staying to fight was reckless when they had no plan on how to actually win. I don’t want to pick on them too much, but that was a bad choice. And now they are facing a Yuto who is more powerful than ever…this normally wouldn’t end well. 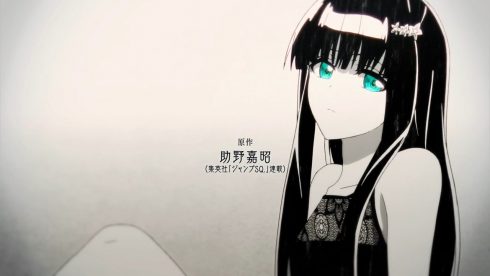 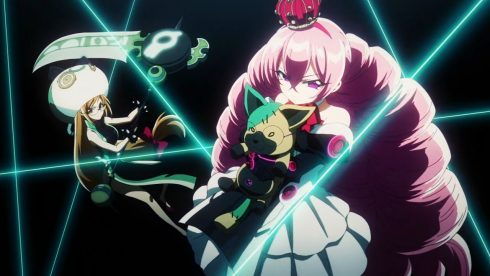 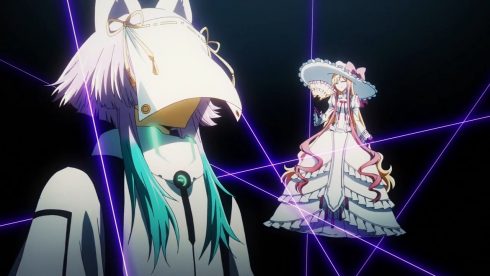 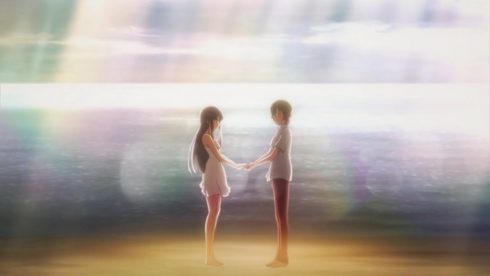 So we’ve got a new OP/ED combo. I’d suppose this would have to be the last one for the show considering what episode we’re on here. The song isn’t anything special, but it works. It feels very much what you’d expect to hear in an action focused series opening. Some solid visuals all things considered.

There were some interesting shots of the present and pasts of Rokuro and Benio. We also got a bit of focus on the 12 Guardians and Yuto going all DBZ on the main cast. One weird thing was having Seigen remain among the 12 Guardians in the intro. He’s basically done in any fighting sense. Would have thought they’d toss Mayura in there or something. It sure felt like Seigen had passed the torch. 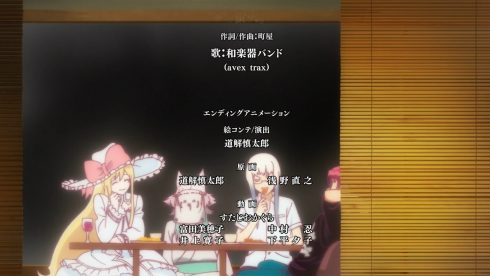 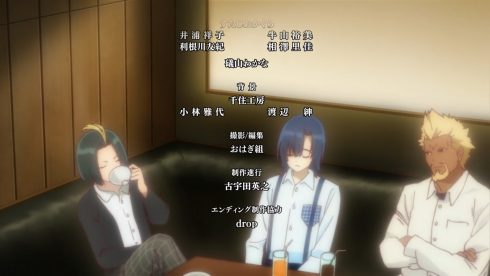 And of course with a new OP we get a new ED. Hmm not sure what to say with the new ED. The visuals are kind of interesting. The Guardians basically just chilling and eating…They are broken up in their various groups in the ED. Oh and Rokuro and Benio occasionally pop up. Not sure the song is my thing honestly. It just sounded a bit unusual which probably is more due to the style of song than the actual singing. 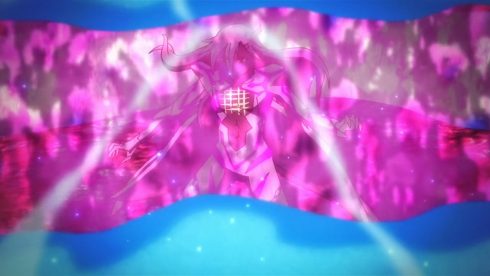 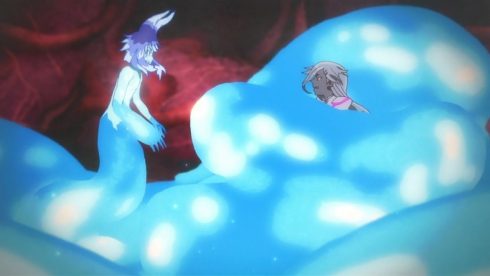 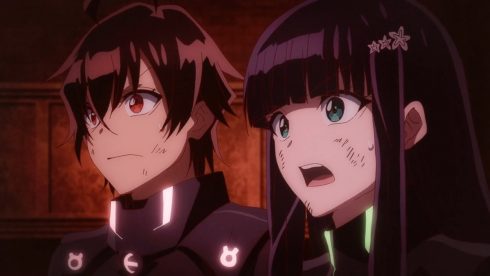 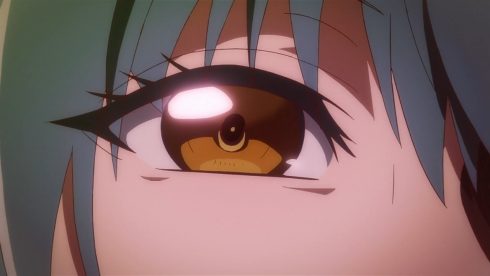 So now they are facing Yuto…this isn’t good. I think the better question than how do they win is how they can save the 12 Guardians. Kuranashi drained the spell power out of them and now they are…rocks. This isn’t good. I’m not sure that just smacking Yuto in the face would have the spell power return to the 12 Guardians. For now though I think we can fully expect Yuto to smack around Rokuro and Benio for an episode. After that though I think we’ll see them start to pull out a trump card to turn the tables. Though you never know, maybe some third party will step in here. Though the only person I can see actually jumping into this would be Kamui…Not sure about that though. Will just wait until next week and see how it goes.