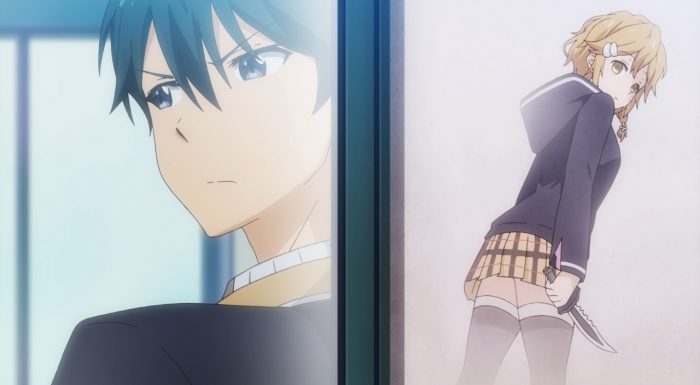 If nothing else this mission of revenge is going to get rather tricky for all individuals around Masamune. There are a lot of strong personalities at play in this story and a few people caught up in this situation. My condolences go out to the class rep Futaba who did certainly make a nice effort to ask out Masamune. She times her moment pretty effectively and asked in a manner that probably would have ended up with many agreeing to that date. Certainly it was the most polite means of turning someone down we’ve seen to this point, but it certainly still had to sting.

If there is any positive to take away is that Masamune himself also ends up missing out. He is caught up in his revenge and starting on the route of actively turning down opportunities that are presenting themselves. Although it is fair that he isn’t immediately romantically interested in Futaba at this point things could have moved forward if he did go out with her once. Regardless it is just one part of this plan of his. And really the only downside was Masamune being a bit too caught up in the hype of his popularity. It kind of earned him that scene of Aki getting the better of him later. 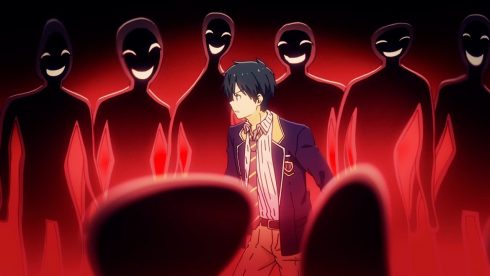 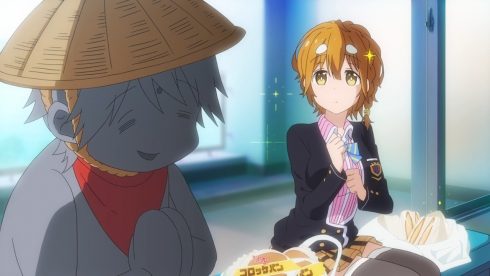 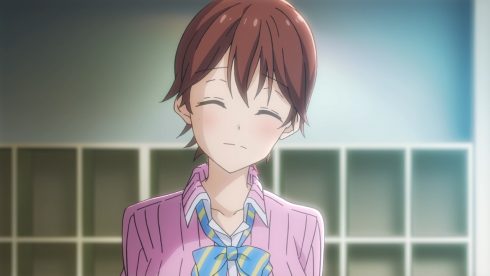 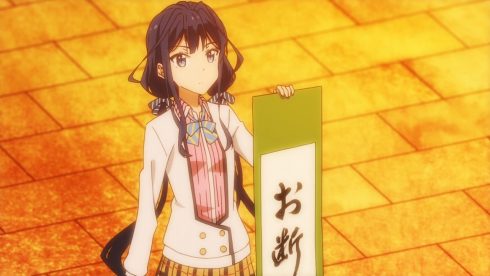 The big thing in this episode is the kind of mental war at play here. A lot of the key individuals are actively fighting in their own way. You have Masamune obviously trying to get Aki to fall for him even though he doesn’t have that much experience. Then you have Aki struggling with getting flustered by this guy, but also getting her payback later. She ended up making him run around just so she could shut him down with style. At least that was better than her other rejections. This one was a message only he understood. And of course the big surprise was that we have Yoshino entering the fray.

Now I did somewhat suspect Yoshino because it feels like Aki has her digging up dirt on the guys asking her out. So if anyone knew the information or could find it I’d have thought she would. Now what was a surprise was both that she was in that photo from episode 1 and that she has such a mean streak. So was flopping around with her rear end exposed just part of her fake character or is she actually clumsy? Regardless while I was pretty surprised it makes sense. If anyone has reason to be frustrated with Aki it would be Yoshino. Not everyone is some perfectly patient person. It makes sense she’d just get angry about running around and support this rich girl who never appreciates her efforts. 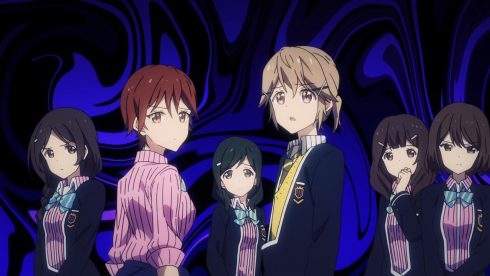 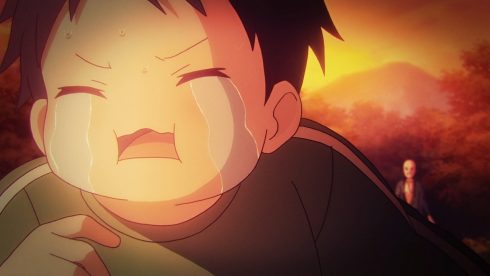 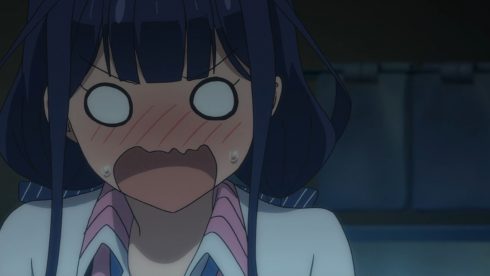 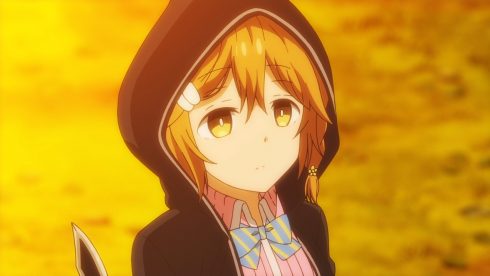 It gets a lot more interesting with Yoshino’s character revealed. And really I’m not sure why Masamune wouldn’t openly take her help going forward. I know he really wants revenge but Yoshino shares that desire and has access. Maybe he doesn’t like the idea of someone else having the upperhand, but such is. It’s not exactly pleasant having someone with potential blackmail material on you around, but there is value. If he has Yoshino’s support then he can get insights on Aki’s point of view that can be valuable.

Also I must say it is kind of sad to look at the situation around Aki. Those girls around her don’t have a full grasp of Aki’s self or her need to eat so much. The people she might feel some attachment to at school in Yoshino and (growingly) Masamune both hate her and want to get revenge against her. It really says something when someone like Yoshino when finding out information that could protect Aki instead conceals it and offers to help Masamune humiliate her. Not that I can feel really sorry for her since she’s done this to herself. For her pride she refuses to talk to people who would be her friends, she treats Yoshino like a tool, and she turns people down in ways that would make them want to throw something at her. She has not done herself any favors. 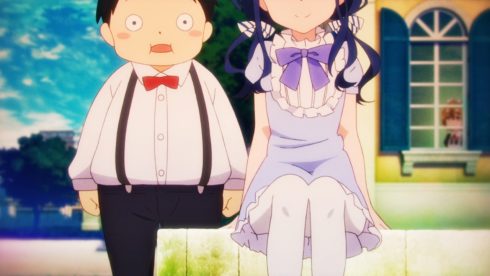 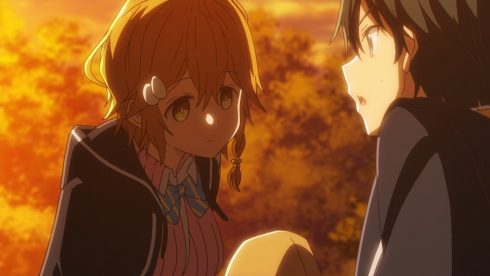 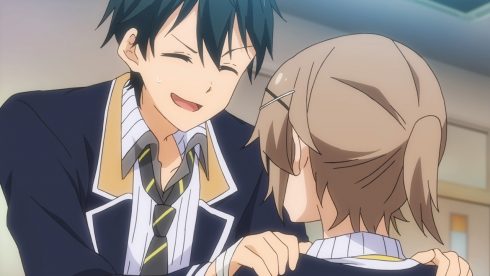 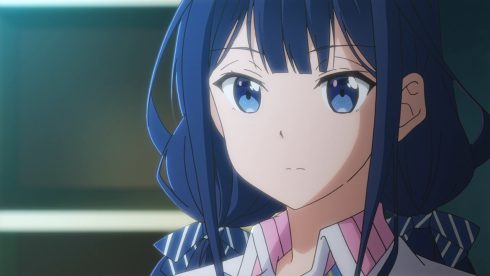 At least there are some explanations for why Aki doesn’t know Masamune’s identity. He did actually take effective steps for this. I’m amazed his mother was ok with him basically being taken in by his grandfather and changing his last name. But by doing that it does make his identity harder to figure out. Just having a different last name and looking so different is a big gain for the plan. I doubt she suspects every Masamune as being ‘that Masamune.’ Plus I don’t think he’s given her his first name yet, though I’d be surprised if she didn’t have Yoshino at least find that out for her. Though you have to wonder when she might actually suspect it.

It is interesting to see how Masamune both has things covered and utterly doesn’t. He handled things pretty nicely in the shed and getting some good hits in on Aki. It isn’t much fun if only one character gets any good moments or is too much of an underdog. We need to see Aki shaken up by this guy for the plot to work. And she is. Masamune is getting her blushing and at least paying attention to him. What he misread is how easy it would be. It is one thing to have a fairly nice girl like Futaba to ask him out. If popularity was all that mattered then Aki would have dated the popular guy from the first episode. Just being attractive isn’t enough. If he makes it feel like she’s just a trophy then she’ll bite back hard. 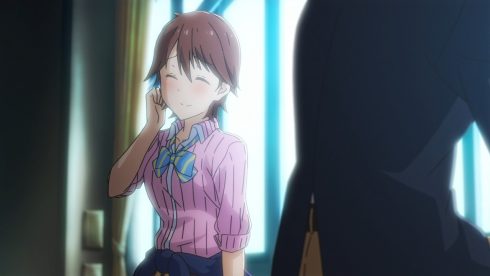 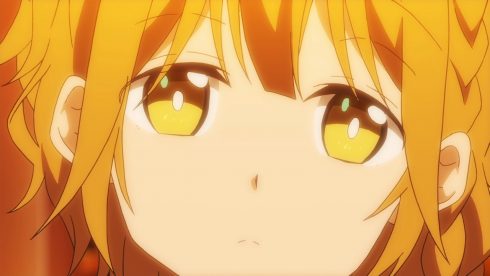 I’m curious to see how things will play out from here. It seems likely that Masamune will join up with Yoshino on this. At this point she isn’t likely to be trying to trap him. Although I wonder what his plan is exactly. If he’s worried about someone exposing his past…won’t that happen when he turns her down with his plan? Isn’t the whole plan to let her know who he is so she can be shamed further? Is his plan just mutual social life suicide? Regardless the plan continues!

Also there are currently no guarantees still that I’m fully picking this one up. I expect any show that is at least a contender to be covered this show by me to get a second episode. If a show gets a third one then you know I’m officially onboard XD.