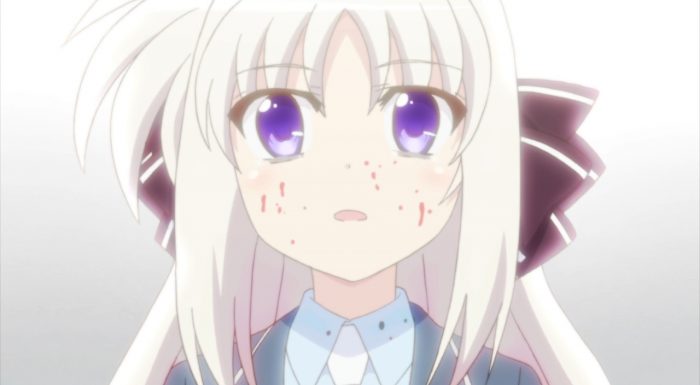 This episode definitely is one where a different point of view helps make it a great episode. If we just go into it from the point of view of Rinne being the main character of Vivid Strike, then this is a strong episode story wise. Rinne faces off against her old friend and through the fight she does manage to find a bit of self-acceptance. If we look at it from Fuka being the MC then it doesn’t work as well, but go at it from the other point of view and it works just fine. It is kind of funny that Fuka does win the fight, but her winning doesn’t really matter in terms of Rinne’s character arc. Fuka could have lost the fight and Rinne still would have been just fine. I simply think they didn’t want to have to animate Fuka and Rinne fighting Einhart in different matches. 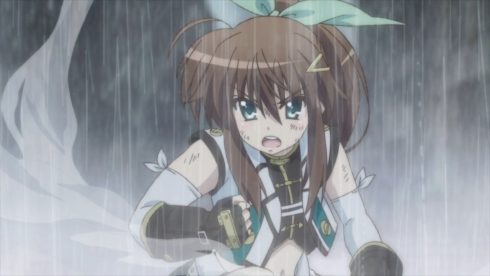 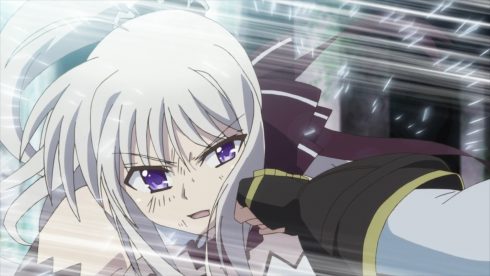 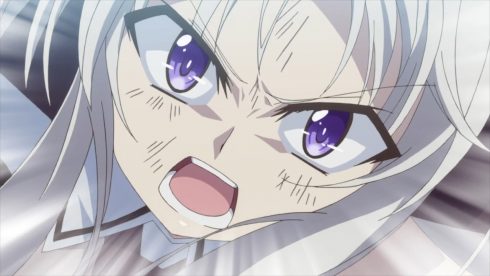 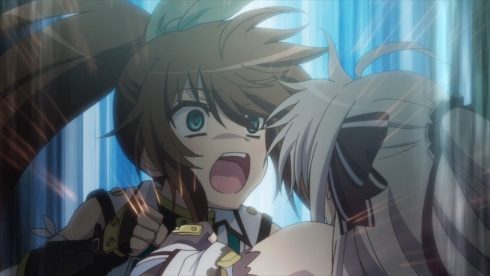 That isn’t to say that Fuka is irrelevant to Rinne’s growth in this episode. Her presence was definitely important. It was Fuka being there and rattling Rinne that got the ball rolling. The damage she inflicted on Rinne and how hard she pushed her helped as well. For Rinne to replicate what Fuka did in episode 1, all of that was necessary. She blacks out a little bit and all the conscious thoughts holding her back washed away. It was at that point that Rinne could tap into the training and all the skills that been instilled in her. That punch may have been the first time Rinne had tapped into her full ability. And the impact of tapping into that was pretty spectacular.

Despite the fact that I should have been cheering for Fuka…it was fun watching Rinne figure things out. While I have a lot to say about Jill’s coaching, at the very least Rinne learned a lot. Instead of wildly lashing out we got to see Rinne really use her skills. That punch was an absolutely perfect knock out shot. At least it should have been…Honestly I don’t have a clue why the match didn’t end there. Fuka has trained hard, but you can’t train your brain to take hits like that. An absolutely precision punch by someone of Rinne’s physique should KO anyone it hits. One could say that Rinne needed to lose and thus Rinne couldn’t KO Fuka….but I don’t agree with that. At that point Rinne was already on the path to recovery. 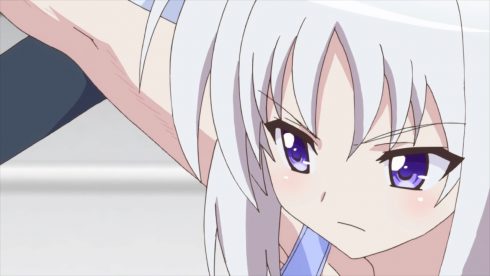 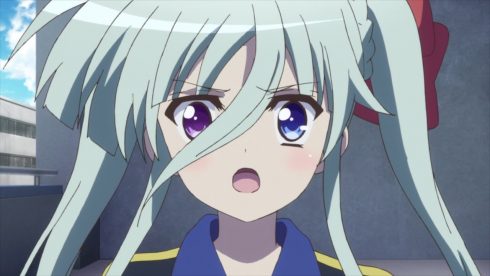 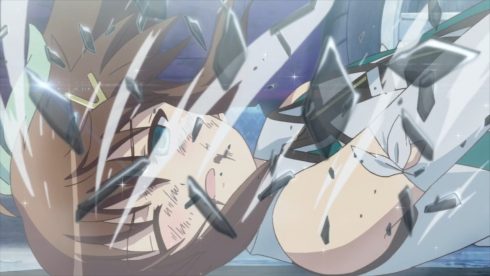 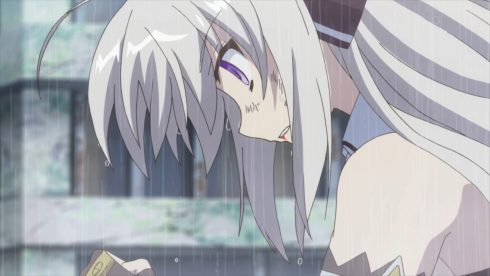 The only tricky thing is that really Rinne didn’t have to lose. I honestly don’t even think Fuka said anything to Rinne in this episode outside of “let’s do this.” She thought about not wanting to hit her anymore, but that was only one time and just an inner thought. That is important for Fuka’s mindset in the fight to be sure. But in the end Rinne basically just figured things out herself. Being able to deliver a hit like that helped her realize a lot of things. Rinne was always torturing herself and suffering, but below the surface she was gaining things. All the techniques she learned and the victories she piled up did mean something to her. Rinne just never consciously acknowledged that.

And now Rinne can start moving ahead. Would be nice if that involved Rinne seeking some counseling, but who knows. This is a Nanoha-related series and not often do they go the route of people actually seeking professional help. At least now Rinne has understood that she isn’t all alone and it is ok to enjoy herself. If she improves her emotional stability then she’ll become a true monster fighter. The one thing holding Rinne back in fights against people like Vivio is that she never could truly use her abilities fully. Now that she isn’t tormented by her past as much she can more consistently unleash hits like the one that should have (but didn’t) knock out Fuka. 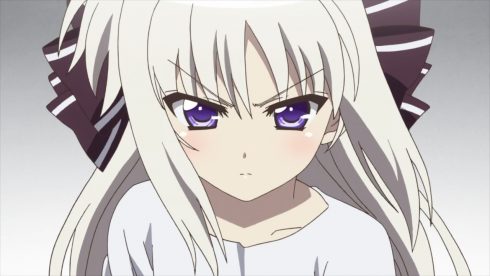 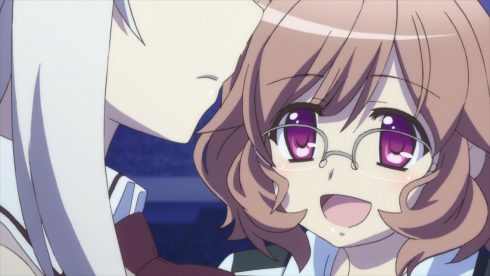 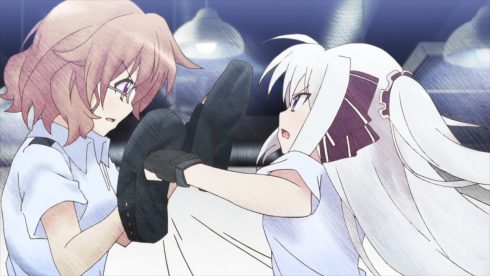 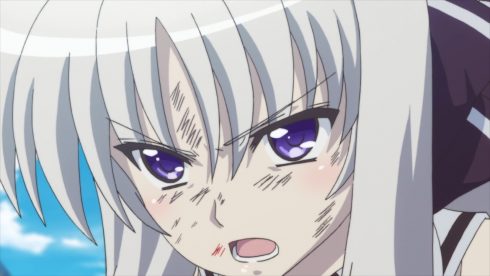 The character with the second most amount of focus in this episode behind Rinne…was Jill XD. This episode just showed how utterly and completely she failed that girl. She started out great in saving her life, but it was all downhill from there. At first Jill completely failed to understand the degree of Rinne’s traumas. And once she did start to realize how troubled she was…she didn’t do anything. Jill was already living vicariously through Rinne’s career. She couldn’t afford to have Rinne seek help and possibly stop fighting. So she just let things carry on and hoped for the best. And the end result was Rinne becoming more broken as time passed.

Of course Jill is going to get a chance to turn things around. She and Rinne will both learn from all this and basically start over. And I suppose with the proper mindset that will work out. Jill did actually teach Rinne a lot of useful techniques. And once she stops trying to live her life through Rinne…they might be a decent team. 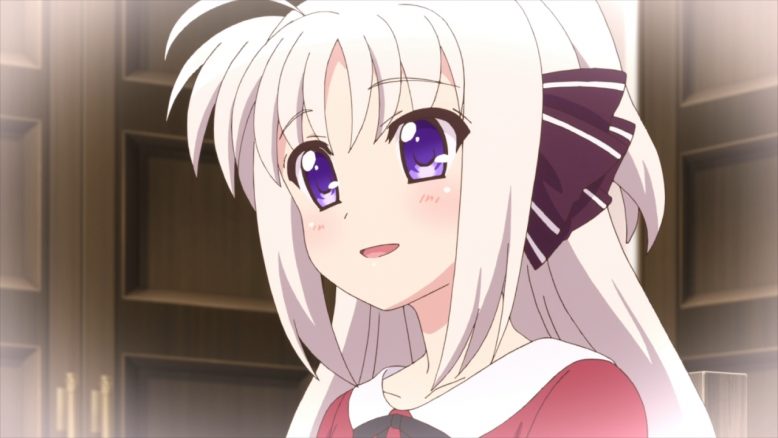 Take care of yourself Rinne

In the end this wasn’t a bad episode. The focus remained on Rinne and wrapped up her fight against Fuka. This does mostly take care of Rinne’s immediate problems. Maybe in the next episode we can take a bit of time just to see her talk to her parents and start to move ahead. Though I expect the majority of what is coming will take care of the championship match between Fuka and Einhart. That fight…I expect to see Einhart pretty quickly stomp Fuka. To be fair Fuka has shown her skills, but she has no reason to really win the next fight. It will serve as a moment of motivation for Fuka and a reminder that she’s not going to reach the top that easily.