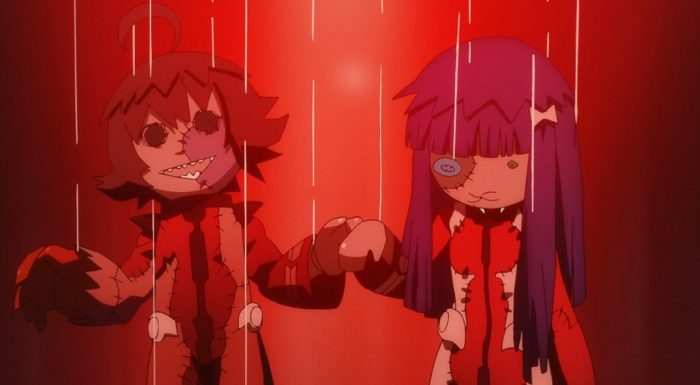 This episode did a good job starting up the fight against Chijiwa and also showing how this fight is likely going to play out. It is going to be a combination of the Twin Stars, Mayura, and Shimon that will end up settling things here. They set that up pretty effectively in this episode in making the point of Shimon needing friends sometimes and also the new technique that Rokuro has been trying to master. I’m actually looking forward to the stomp they are going to unleash on Chijiwa once the tables turn for the last time. 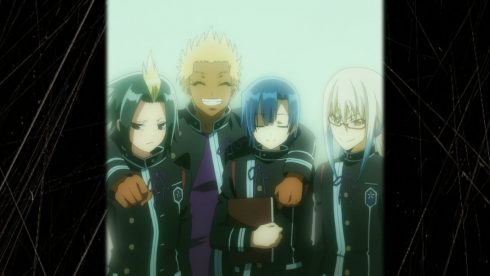 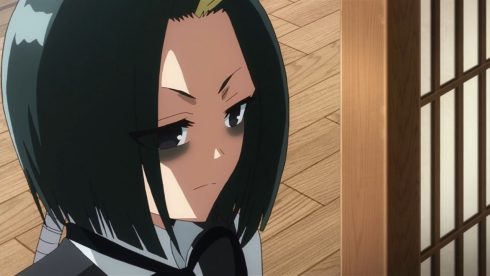 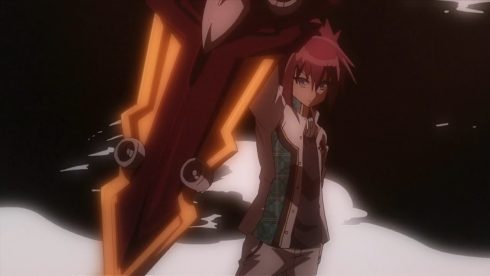 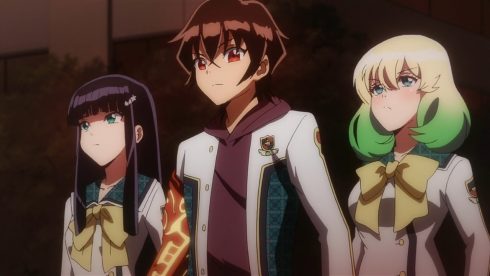 It is a fair point to say that having allies and friends can be crucial. Seigen knows about being on his own when things turn bad. While Rokuro and Benio were there when he faced Yuto, in the end he fought alone and nearly died. He probably wouldn’t have minded one of the Twelve Guardians being there with him during that incident. It might have made the difference between victory and losing his ability to fight.

Shimon is the youngest of the Twelve Guardians and gained his power at an even younger age. The isolation and responsibility has naturally left him without any real friends of his own age. To be fair Shimon has managed just fine in that state, but it isn’t a bad thing to have people to rely on. The result though is that Shimon has put up that wall around him and really pushes people away. He isn’t wrong that Rokuro and Benio are weaker than he is, but I don’t see the harm in helping them improve. It is possible to help them and do his job at the same time. 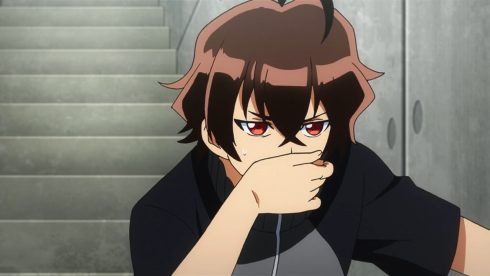 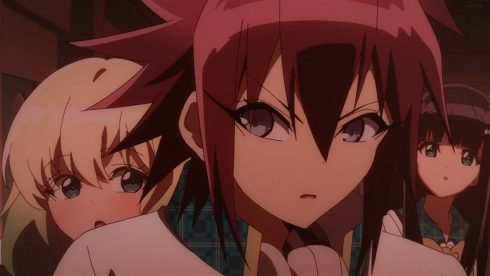 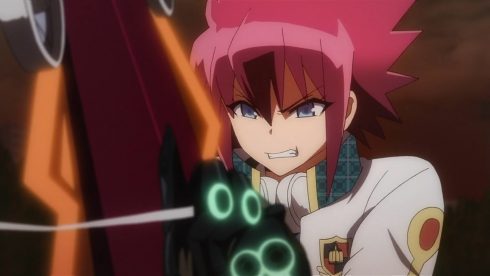 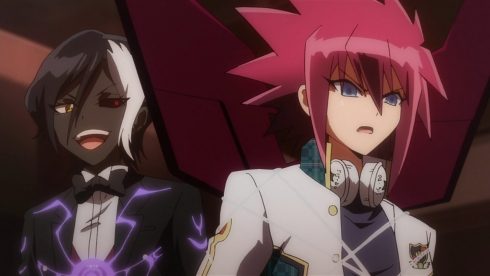 Probably the only person that can get a response out of him amongst that group is Mayura. And yes part of the response from this episode came from some cliché fanservice. But the reality is that they have been pushing this pairing pretty consistently in the episodes where they appear together. And it was nice for once to have part of the focus be about Mayura’s thoughts on Shimon. After all there isn’t much point to him having interest in her if there isn’t anything going the other way. And at this early juncture I’ll take a bit of blushing after Benio pointed out how much she knew about Shimon’s ability and reputation. If nothing else I do hope things work out on that front.

But things can only work out if everyone manages to survive the latest situation. It was somewhat a given that both the Rokuro/Benio pair and the Shimon solo attack didn’t work out. A pretty standard lesson of everyone being stronger together than apart, but it works. And really I think it helps establish the threat Basaras are. If it was impossible for a Basara to defeat one of the Guardians then they probably would have won this war by now. When you have individuals on that scale fighting each other…any mistake could be a fatal one. I still have no freaking clue when or how Chijiwa managed to create a doll of himself while ducking all those attacks. 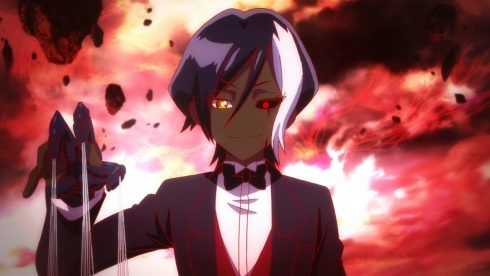 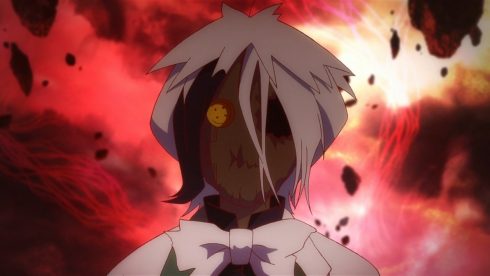 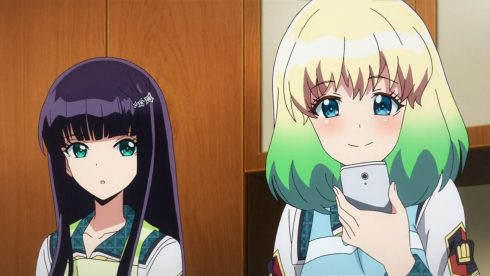 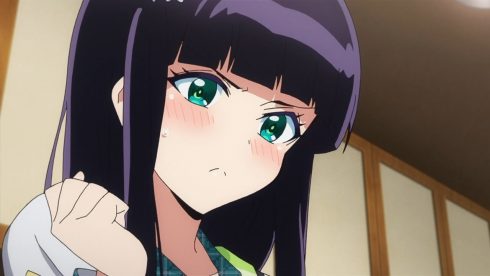 It is quite tragic how utterly Chijiwa has lost it. Chijiwa just can’t handle the current situation. At least without knowing it he did attack the guy who actually killed his brother. Sadly though Kuranashi is still using him like a tool. Maybe at his death he’ll figure out what really happened, but it won’t matter at that stage. It may lead to the Twin Stars feeling a need to go after Kuranashi who is at the core of all of this.

At least one upbeat part of this episode was the hilarity that is Rokuro and Benio. The unofficial married life for them is full of comical scenes. It is funny how Benio’s cooking is playing out. She tries a lot of strange things and the results are hit and miss. But when she does get a hit then she basically locks in on that meal for a very long time XD. I can’t blame Rokuro for wanting some good variety. No matter how much you like a certain meal, it can drive you nuts to eat it too often. 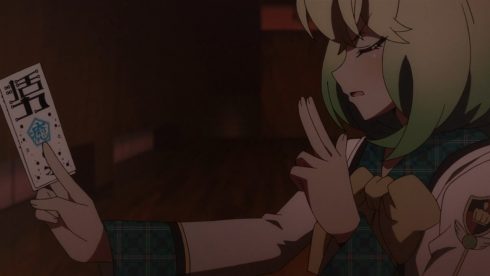 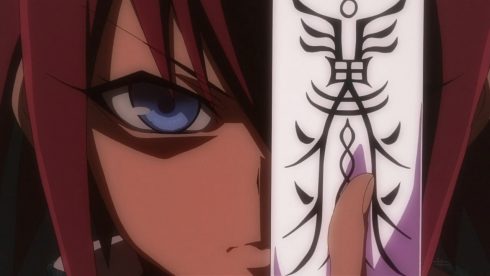 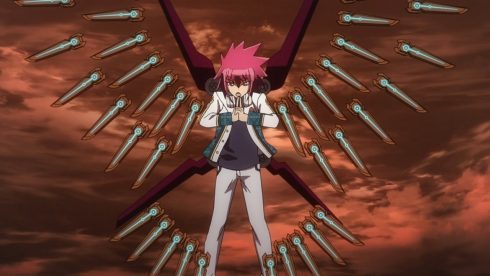 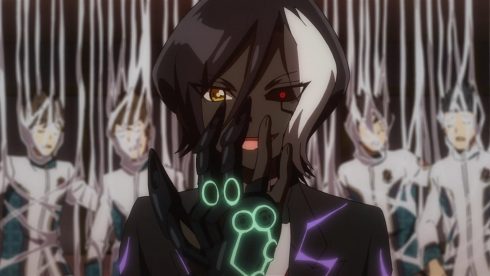 Another major issue to tackle is the kidnapping of all those onmyouji and the lack of response by the organization. They still haven’t figured out what happened to all those people which is definitely concerning. For now though the focus remains on the fight against Chijiwa. I will enjoy seeing Chijiwa defeated. He’s just too darn dangerous. I suppose it is a small miracle that he hasn’t murdered the entire population of the school, but that is only a matter of time. It should be interesting to see how everyone handles this tricky situation. Next episode will be one to watch.