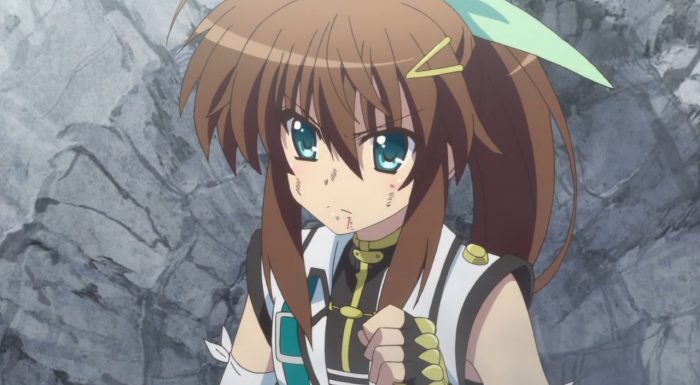 Well I’m not sure what to say after this one. It did remarkably set up the fight between Fuka and Rinne in record time. In some ways it is nice that we can jump right into it and they can spend as much time on this as they want to. But at the same time I feel like there is more to criticize in this episode than in the previous ones. We have a transition episode that basically fast forwards the story towards the main fight that we have been waiting for. The cost of that is that once again the show basically skips over Fuka to get to it. I’m not sure that is the best course of action. 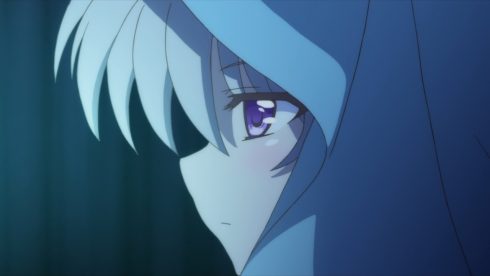 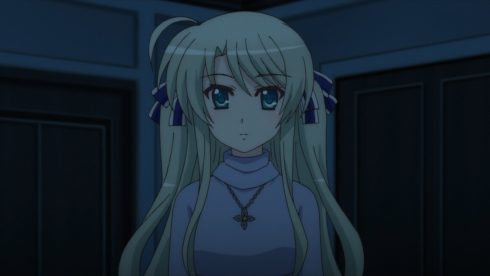 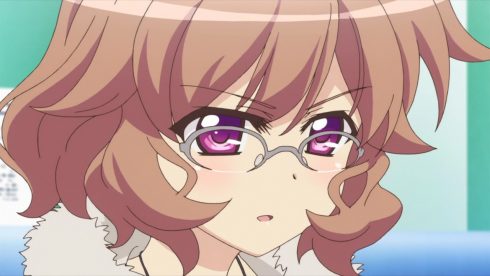 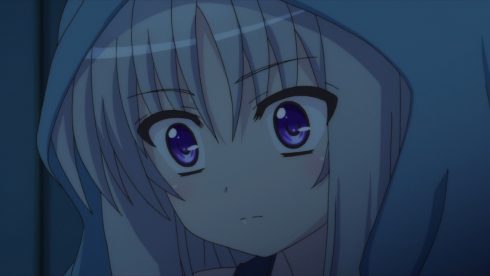 The show really has become Rinne’s story than anything else. I’m not sure you can actually consider Fuka the main character right now. The most important actor in all of this is Rinne herself. We’ve seen more of her life through the flashbacks, we’ve seen more of her fights, and we have a strong grasp of her mindset. Whether the show always meant to have Rinne as a dual protagonist or not, the problem is Fuka. What is going on in her head right now? How capable is she really in a fight? I don’t honestly know. Fuka’s only had a small amount of fights and about as much character focus.

We had a decent grasp of Fuka before the Rinne flashback arc. Her initial conflict with Rinne felt really solid at that point. She wasn’t happy about where Rinne had ended up, but along with that was concern over the fact that she was visibly suffering. At least felt to me that Fuka wouldn’t have even said much to her if Rinne was legitimately happy. When Einhart asked her how she felt I was thinking “it’s about time someone asked that question.” We know Fuka wants to fight Rinne. There’s no doubt she’s there to pick a fight. But I’m just not sure from the end of this episode if she’s there to help Rinne or just there to vent her frustrations.

It felt more like the villain of the series was confronting Rinne. Which is awkward since I’m pretty sure Rinne was supposed to be more of an antagonist that needed saving…Maybe she’s just trying to get a rise out of Rinne, but I don’t know. We just haven’t seen enough from Fuka. I suppose there’s the positive that she’s at least determined to do something about this situation. This just didn’t feel quite like the start of two current or even former friends fighting. Just feels like Fuka plans on simply beating Rinne’s attitude out of her. Not an unusual thing for this kind of story but…doesn’t quite feel right either. 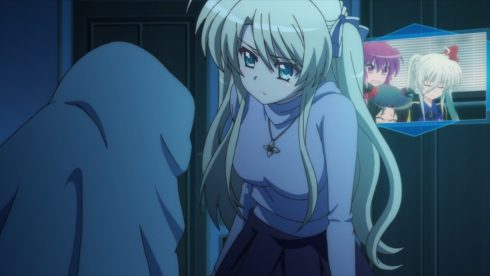 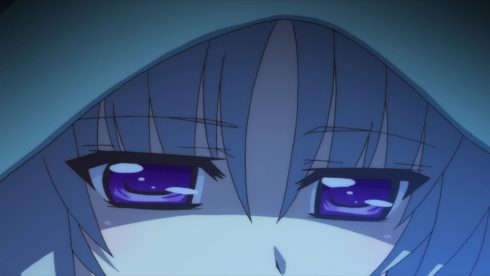 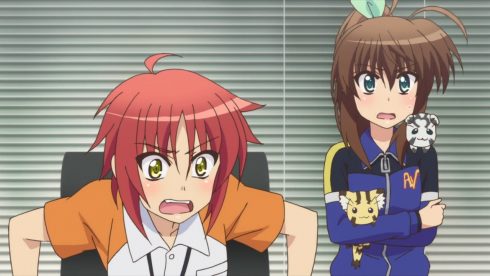 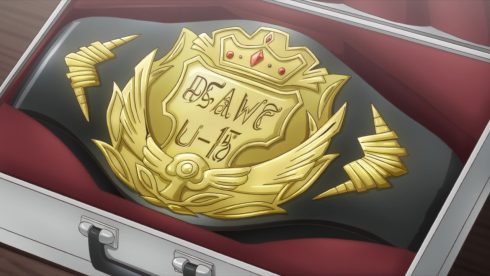 On the other hand Rinne is extremely easy to read right now. It didn’t seem to matter whom she lost to, but the fact that she lost twice to the same person in that fashion. Everything that Rinne was struggling to deal with just blew up in her face and it felt like she made no progress at all. She thought that getting stronger and gaining that title would deal with the trauma she experienced. The victories were utterly empty and the defeat beyond unsettling. She never really looked at who her opponents were (outside of Vivio) and didn’t look around her. After losing to Vivio it felt utterly meaningless to continue. She felt just as weak as she did during the bullying.

That she basically pulled away from everything makes utter sense. It also seems accurate that no one could really change her mind. And in a sense…should they even try to? She doesn’t gain any enjoyment from fighting itself, it’s not helping her real issues and she doesn’t have to keep doing it. I will say that Einhart’s move does make some sense. It creates a chance for Rinne to do something and gives Fuka a change to settle things. Basically setting some bait in order to lure Rinne out from her room. Of course I don’t think Einhart is that interested in pulling Rinne out of this. Vivio seems fairly focused on trying to help and save Rinne, but she didn’t have a connection that would let her do that. 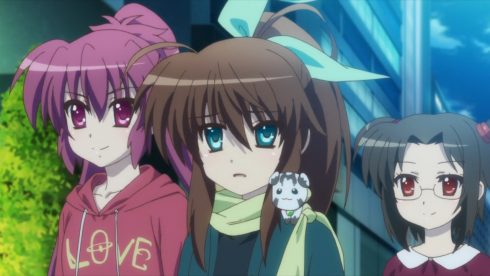 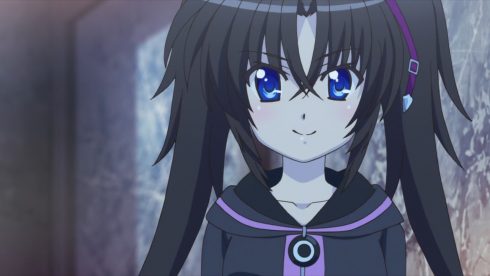 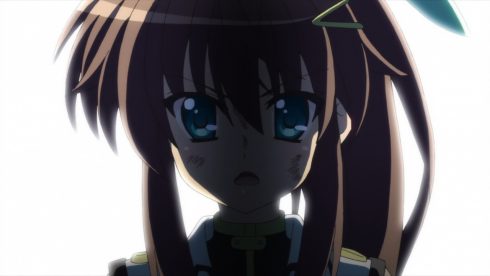 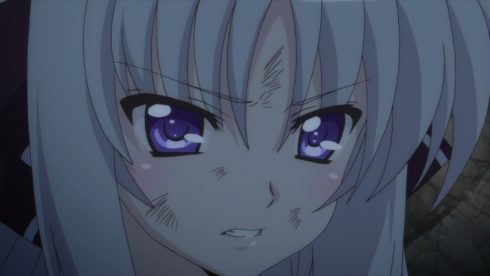 Hopefully this all works out in the end. At the very least they have 3 episodes left to handle the Fuka vs Rinne fight and eventually the Einhart vs Fuka fight. Considering the stage they set for this fight one would hope they spend enough time on Fuka and Rinne. This is a crucial upcoming episode for the show. We have to get the emotional struggle between them. There is more than enough for Rinne to work with, but we can still go further in terms of how she feels about Fuka at this point. Rinne should have pent up resentment on her side as well to work out. The most important thing though is Fuka. This can’t simply be what we saw at the end of this episode. It has to be more than Fuka being pissed at Rinne’s attitude and wanting to beat it out of her.

How things will unfold I’m not sure. But, I’m certainly curious and a bit uneasy. Has certainly been a road traveled from the first episode to this point. Now these two basically have a whole city to break as they work through their issues. Who wins honestly doesn’t matter in the bigger scheme. The key thing is whether these two can legitimately reconcile by the end of this. Nothing wrong with them knocking each other around, but there has to be more to come out of this than simply the fighting. We shall see if Fuka is up to the more important task of getting Rinne on the right track. It will be something to watch.