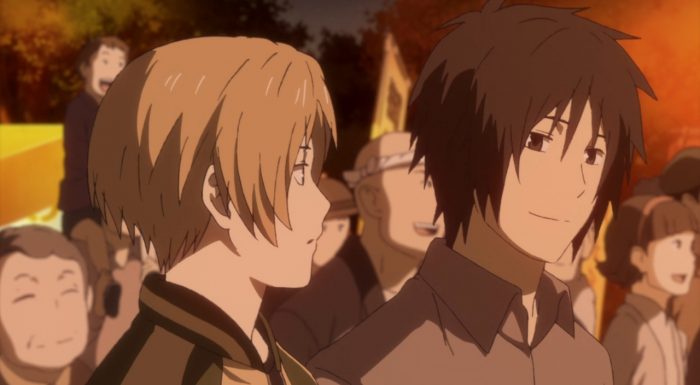 Now that’s the kind of Natsume episode I love to see. This episode has the right mix of drama and emotions to make for a great story. Even in the end it’s hard to say whether it’s a happy or sad conclusion. A different kind of bittersweet result than the kind we’ve seen before. Usually in this kind of sad situation you have the youkai vanishing and that relationship being cut. Tanuma and Ito will continue to interact. The difference is that Tanuma will never fully know the truth. He has at points suspected things, but he’ll never truly know and never truly be able to talk with Ito about it. I can hardly blame Natsume for making the choice not to tell him though. If he told him the truth then they would in a sense meet for a short period of time, but she’d have to leave. 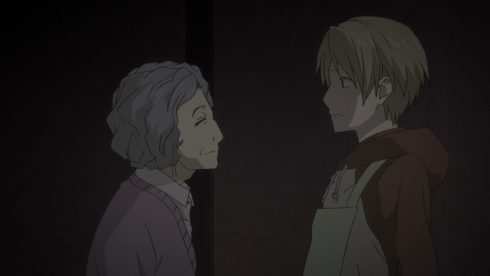 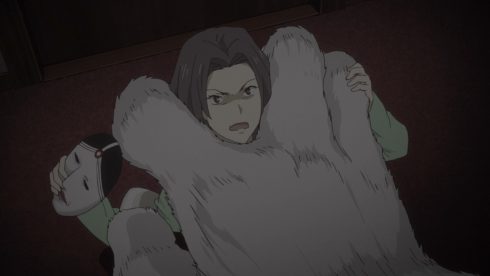 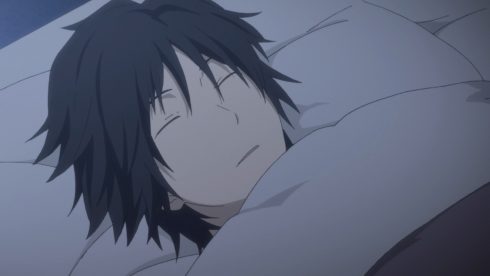 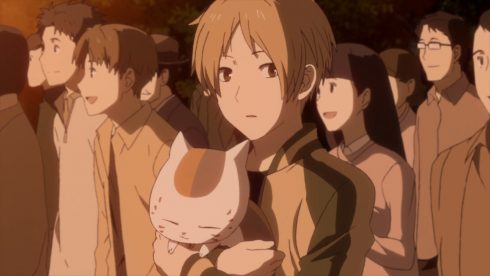 This just leaves Natsume with a difficult and painful result. For Natsume his friendship with Tanuma is an important one. This is a person who knows about what he can see and in some ways can see himself (though not nearly as well). You could see Natsume actually making progress in this one by telling Tanuma about the youkai he saw the previous night. A few seasons ago Natsume would have casually brushed it off and lied. He has made real progress in wanting and being willing to talk to his friends (that know about youkai). And this episode ends with him having to step backwards and not tell the truth. He is doing it for a good reason, but he’ll have to carry the truth about Ito for Tanuma’s sake.

Things are just never easy for Natsume. He managed to resolve this situation, but now will have to figure things out for himself. I’m sure Natsume will find a way to carry yet another secret, but it’s just never easy. The guy has so many friends who know part of the picture, but almost no one who knows the full story. Nyanko Sensei is really the only one. He’s the one confidant that Natsume can trust with everything. It’s just unfortunate for Natsume that he constantly feels like he can’t tell people things. This is one case where he doesn’t have much choice unless he wants Tanuma to find out a truth he might not be able to handle and then lose someone that has been part of his life for years. 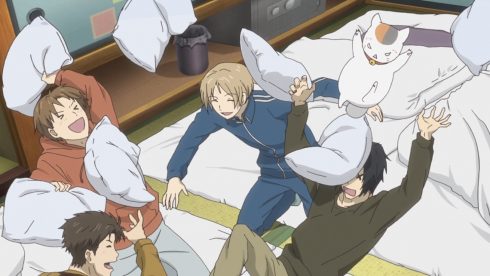 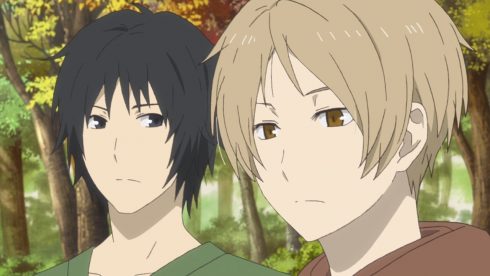 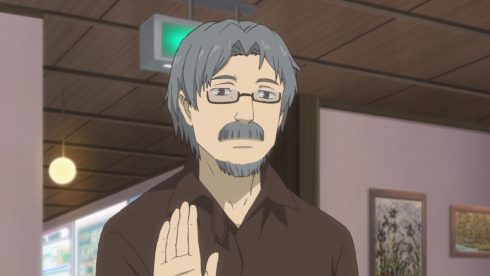 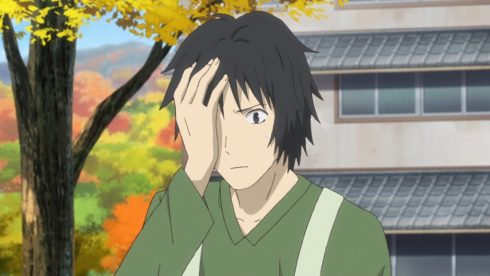 The threat in this episode is almost a minor note in comparison to the emotional impact on Natsume. I did have fun trying to guess at who the fake was going to be. When Natsume made a point that the youkai could mess with memories then I did kind of rule out the men traveling alone. The man who was overly private was probably just a guy who isn’t very social. My guess was that it was the kid…obviously missed on that one. Just had a feeling it could be pretending to be a kid of a person who didn’t really have a child. Instead it was the woman and that was a good choice. In the end the youkai was just a lunatic who wanted some power, but caused a lot of trouble as a result. 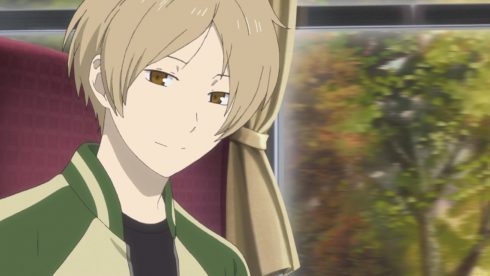 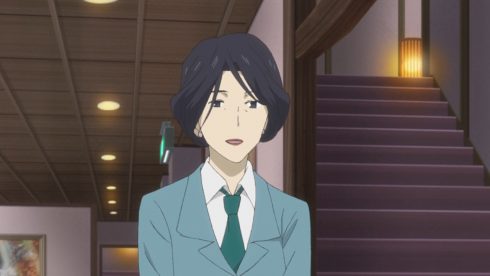 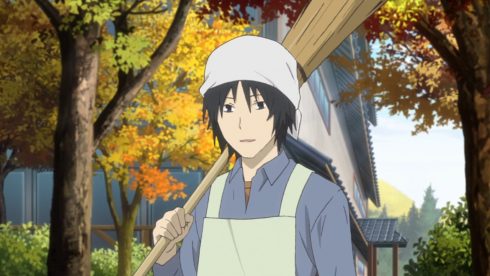 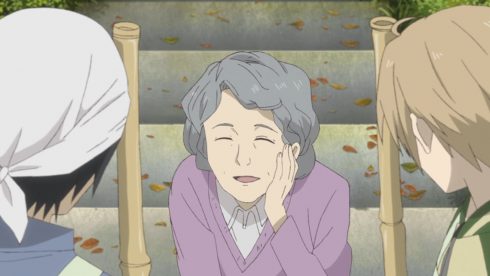 It was nice though to see Tanuma helping out and doing what he could. And it was simply enjoyable to see Natsume willing to trust and rely on his friend to contribute. He wasn’t able to be completely honest after a certain point, but it wasn’t because he wanted to keep secrets. The episode focused nicely on Tanuma. He got to come home (more or less) and show people in his life how well he’s doing. Tanuma has friends, is healthy, and is growing as a person. It is basically the best case scenario that people like Ito or his Aunt could have hoped to see.

I did find it interesting that in his gut he had suspicions about Ito. There was something that caught in his mind and scared him. Of course in the end Tanuma did bring Natsume and the others around to basically bring some comfort to the people he cares about. He owes a lot to Ito in terms of looking out for him and despite her poor lying…playing favorites. She was the kind older lady type that really was a kind lady. I’m glad she also showed how much she appreciated Natsume’s sacrifice. From her point of view he is just as much a kid as Tanuma. And thanks to him she can continue looking out for the people she cares for. 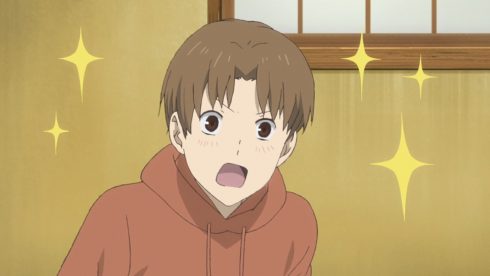 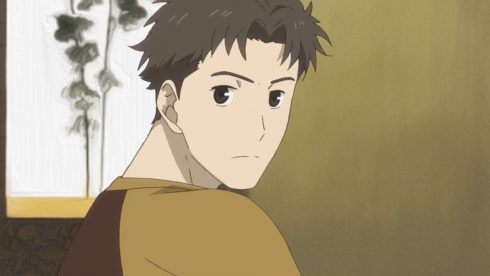 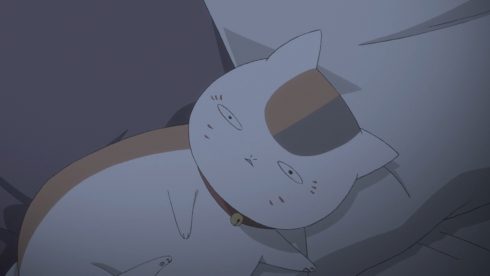 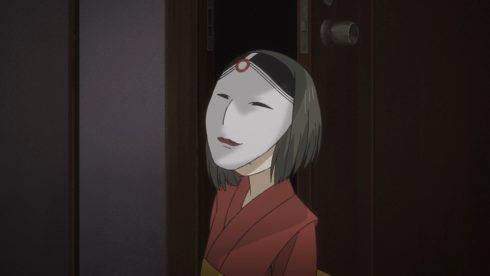 This was a really good episode and I fully enjoyed it. The ending was bittersweet, but that is certainly not an unfamiliar thing for Natsume. Our main character can feel happy that Tanuma won’t have to face Ito disappearing, but will be suffering under the weight of another lie. Natsume really doesn’t want to lie and when he feels he has to…it hurts a lot more. Hopefully he can simply find the good in it and not let the bad hurt him too much.