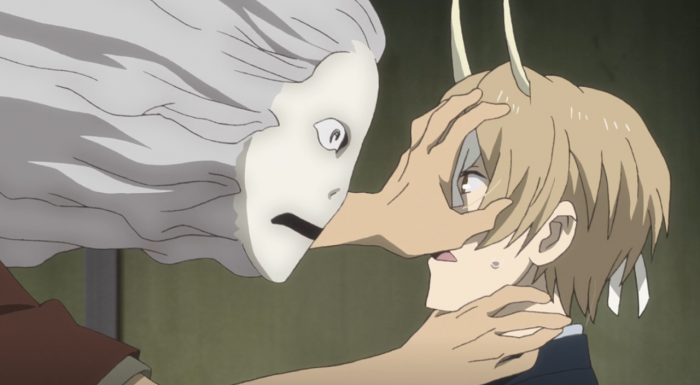 This was a good episode for Natsume. There wasn’t a lot of surprises, but it did let him go through a bit of an adventure. As usual for this show…humans are the biggest problem for Natsume to deal with. The youkai wasn’t even that tricky when he was able to focus on it. The key was just looking around and finding the masks. Natsume was more slowed down by the fact that these exorcists are mostly morons. Nothing but complaining and harassing him until their stupidity lead to the youkai getting loose and then they ran around like cowards. Yeah, somehow I think Natsume is better off on his own. Dealing with dangerous youkai is less troublesome. 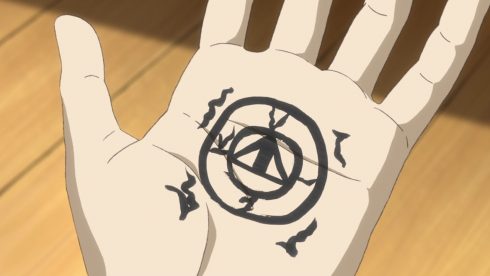 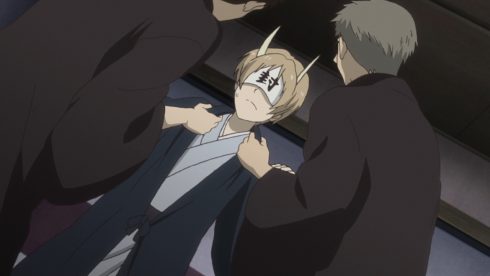 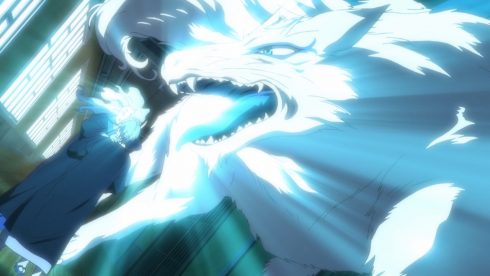 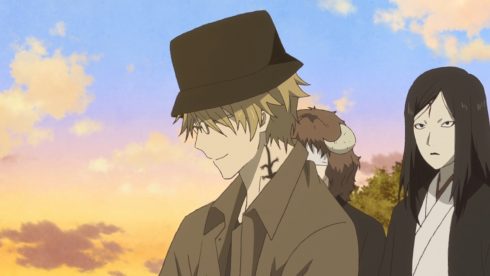 I would have supported Nyanko-Sensei eating a few of those idiots. If nothing else it shows why Natsume will never really be able to join that kind of group. His values are just completely different from theirs. They all treat youkai like tools, enemies, or animals. Next to none of them probably consider them to be living beings like themselves. Despite the fact that youkai live longer than humans in general and can be just as if not more intelligent…they just get treated like simple monsters. It is no wonder that these people are targets.

The rare exception to the rule I would say is Natori. In the end he did everything he reasonably could to look out for Natsume. He basically walked into a den of snakes and so Natori had to protect him. Of course he managed to do so without Natsume ever finding out. Not sure whether that is a good or bad thing really. I suppose Natori wouldn’t want Natsume to feel like he owes him. Just shows the kind of friendship he is trying to forge. Props to him for simply being a decent guy when most exorcists don’t seem capable of being even that. 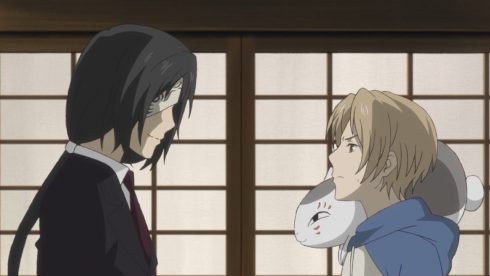 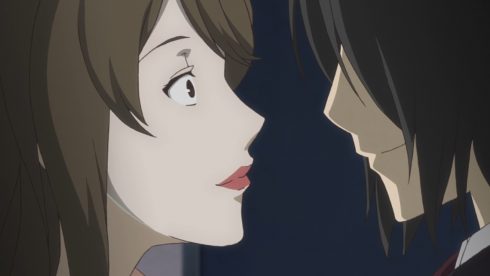 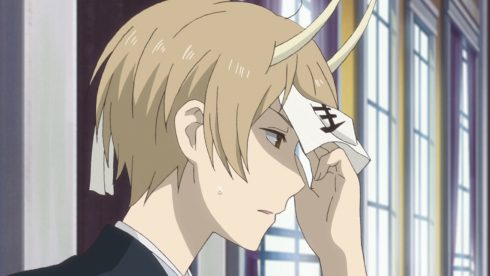 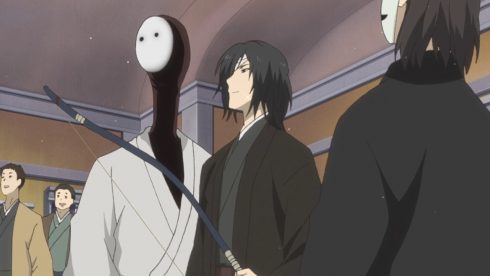 I suppose it does show the difficult position Matoba is in. People are really frustrating at times. The ones that have no power will suck up, but probably be the first to talk bad about him behind his back. It seems like people either fear the Matoba clan or despise them. In some ways I get why he reaches out to Natsume so often. Not only because Natsume has incredible abilities, but also simply because he is blunt and honest. Most people tend to hide their disdain for him, but Natsume will be more open about what he dislikes about Matoba. Or at the very least Natsume makes it clear that he doesn’t like the guy. Natsume has spent years lying to people, but as he’s changed it is harder for him to be openly dishonest about things like that.

Although that doesn’t mean Natsume would ever consider joining Matoba. There just isn’t much reason for Natsume to want to get along with him. I can’t find anything enjoyable about dealing with that guy. Of course hearing those people talk trash about Matoba might have triggered a bit of sympathy from Natsume, but not enough to join with him. The biggest issue is how they view youkai. Natsume certainly is the right guy to have something called “the book of friends.” It isn’t like Natsume fails to see how some youkai are dangerous, but he doesn’t avoid making friends with good ones. Not sure if that is something that Matoba will ever truly understand. 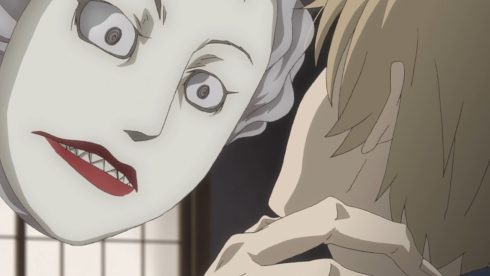 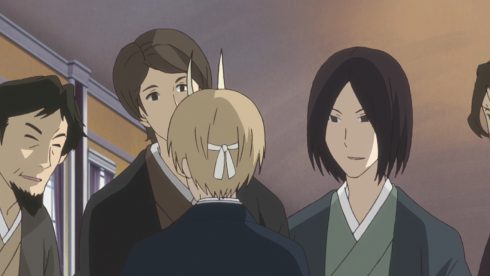 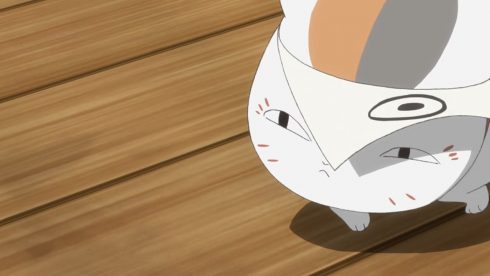 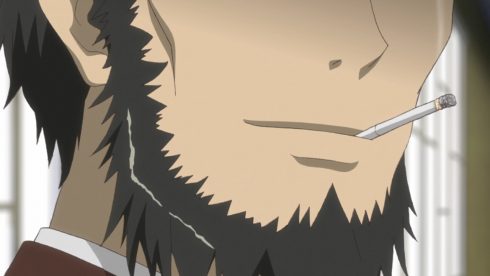 In the end it was a pretty solid episode. There just wasn’t too much going on in it. Natsume went to the meeting, found the youkai, and Matoba defeated the youkai. The truth of the problem though was people. That exorcist probably did make an arrangement with the youkai and tried to use it to weaken the Matoba plan. People ended up getting hurt and Natsume pulled into this problem because of family rivalries. It is no surprise that Natsume and Madara were happy to fly away from there when their business was done. This whole adventure was just a big stress test for Natsume. He had to be incredibly careful and he didn’t gain that much from going through all this.

On the positive side we will get to see Taki again next week. It makes sense that this would lead to an episode about her. Natsume finding out that those circles were a forbidden technique is a topic for discussion. Although I don’t really care what an organization of exorcists think. I’d probably use more techniques that they don’t care for since clearly those people are mostly idiots. Hopefully it will be a nice and relaxing episode with Taki and whatever issue she might have going on.